Not often does a biography begin with a villain—a biographer no less. In a rousing opening, Iris Jamahl Dunkle has Irving Stone explode on the scene, romancing Jack London’s widow, Charmian Kittredge London, and dancing her into cooperating with his desire to write a biography, Sailor on Horseback (1938), which casts the woman as the femme fatale that, in effect, drives her husband Jack to suicide. Dunkle’s book might well be titled “Justice to Charmian.” Stone’s life of London is really a biographical novel. He went in search of an archive in the London home that served his sensationalistic purposes, even though the facts—such as London’s death by kidney failure—were amply established.

So well does Dunkle present her case for a revised biography of Charmian that she perhaps overlooks what Stone or any biographer had to contend with. Like other widows who behave as keepers of the flame, Charmian had a vision of her husband she wanted to preserve for posterity. As Dunkle points out, in Charmian’s own biography of her husband, The Book of Jack London (1921), she rearranged certain events and took liberties that no biographer adhering to the facts could condone. Stone, for all his faults, would have had a hard time with Charmian even if he had chosen not to be so high-handed and intent on forcing the evidence to fit the story he wanted to tell.

But Stone is a good foil for an honest and scrupulous biographer like Dunkle, who gets on with her story in a lively fashion, feeding our appetite for the fascinating account that supplants Stone’s melodrama. Although Jack London, the writer as adventurer, might overwhelm anyone else’s own story, Dunkle manages to depict her subject in the round, as Charmian saw herself and as others responded to her. Here is a typical passage: “Charmian was well aware that her behavior—wearing pants, riding astride, and traveling around the world in a small yacht—must seem mad to most people, and this gave her the ability to appreciate the idiosyncrasies of others.”

Charmian called her husband her “mate,” and that typified the marriage, which thrived on a reciprocal relationship of writers sharing their work often aboard ships sailing around the world. Charmian typed up London’s stories and articles, edited them, and sometimes added passages at his request. He did the same for her, acknowledging her talent and encouraging her all along the way. She forgave him his numerous infidelities but also stood up for herself, never allowing his work to overwhelm hers, except on occasions when, desperately ill and despondent, he needed her full attention. Even so, on trips to New York, for example, she refused to accompany him because she had her own writing to do at home. He objected, tried to wear her down, but she would not relent, remaining loyal to her own ambition.

Dunkle carefully develops Charmian’s back story, how she grew up with a mother who was also a writer, and with a controlling Aunt Netta who took over after Charmian’s mother died and her father proved incapable of providing a stable home. Netta had an open marriage that seems to have provided an example for the unconventional Charmian, who had affairs with married men—most notably Harry Houdini—without any qualms.

Charmian enthusiastically joined Jack London in a quest to sail the world, cut short by his own ill health and his self-treatment with a mercury-based medicine that most likely led to the kidney failure that killed him. She reveled in their singularity and fame and in the opportunities to visit remote islands that had seen few Western women. Charmian took these exotic locales in stride, and she later wrote about them in her best-selling The Log of the Snark, named after the sailboat they built for the journey.

Dunkle’s biography is as much a cultural study as it is the story of a singular woman ahead of her times. Stone could make her out to be an opportunist because of her aggressive lifestyle and manner that fit none of the narratives of her time. Here is another fine paragraph that reports on rather than editorializes on how Charmian got slotted out of the picture during a visit to the Solomon Islands:

An iconic photo of Charmian was taken on August 16, 1908, when she visited a women’s market that was being held on the beach. With a revolver strapped to her hip, she stands smiling at the camera among a group of naked native women. Later, when Jack tried to include this photograph in his book The Cruise of the Snark, the editors at Macmillan refused to publish the photograph because they found it obscene—not because the natives are naked but because Charmian, a white woman, wasn’t disgusted by their nakedness.

Dunkle’s biography is a rediscovery of a history that the standards of her subject’s time could not permit to be seen.

The bravura beginning of this biography is matched by the harrowing details of Jack London’s death, which came after several warnings to stop drinking, change his diet, and reduce his hectic schedule. He became increasingly irritable and sometimes irrational. Charmian, in Dunkle’s unsparing account, never nagged her husband but mostly left him to his own devices, loving him all the same and rationalizing, perhaps, that some kind of intervention on her part would have made no difference in her husband’s pell-mell careening into disaster.

Sometimes Dunkle wants to believe she knows more than a biographer has a right to claim, resorting to what Charmian “must have felt” and what “must have been.” But these are minor lapses in a well-told narrative and meticulously researched study.

Carl Rollyson is the author of The Life of William Faulkner (University of Virginia Press) and The Last Days of Sylvia Plath (University Press of Mississippi). 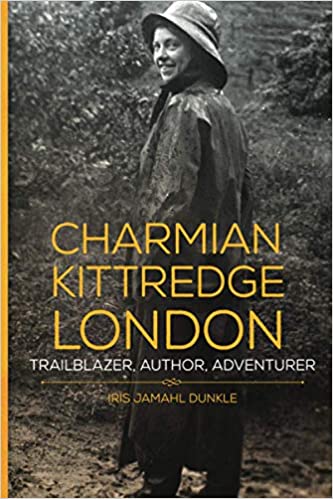 I The perversions of M. Foucault by Roger Kimball

II Waking up from wokeness

III The sound of silence by Anthony Daniels

IV The sound of silence by Andrew Stuttaford

V All is Orwell by Gerald Frost

The trouble with biography

Sylvia out in the cold