We inaugurated the Edmund Burke Award for Service to Culture and Society in 2012 in order to mark The New Criterion's thirtieth anniversary and to honor individuals who conspicuously shared the magazine's commitment to preserving our cultural patrimony. I am happy to announce that our 2022 honoree will be Larry P. Arnn, the distinguished Churchill scholar and the twelfth president of Hillsdale College.

I cannot think of an individual who embodies more fully the values we seek to celebrate with this award. While the American academy continues its slide towards terminal irrelevance, in thrall to the destructive pieties of political correctness and identity politics, Larry has transformed Hillsdale College into a bastion of educational excellence rooted firmly in the canons of American liberty and nurtured by the great conversation across the ages that is Western civilization. With only 1,600 undergraduates, Hillsdale counts as a small institution. But its effect on the national conversation about education and citizenship is huge. By showing what is possible, Hillsdale has inscribed the realities of its achievements on the conscience of the country.

On Thursday, April 28, 2022, we will gather for a special gala evening at the Metropolitan Club in New York to honor Larry Arnn's achievements and to present him with the 2022 Edmund Burke Award. I hope that you will consider joining us and support the 2022 Edmund Burke Gala by purchasing a ticket or making a leadership pledge for a table of ten in honor of our anniversary year. You may easily peruse our donor levels in the form on the page below.

Please join us in paying tribute to Larry Arnn and in celebrating forty years of The New Criterion on April 28. Even if your datebook finds you elsewhere, I hope that you will consider making a gift in Larry's honor. I very much looking forward to hearing from you.

If you are unable to attend but still wish to show your support for The New Criterion, we appreciate any gift you can contribute.

Tickets are now sold out. 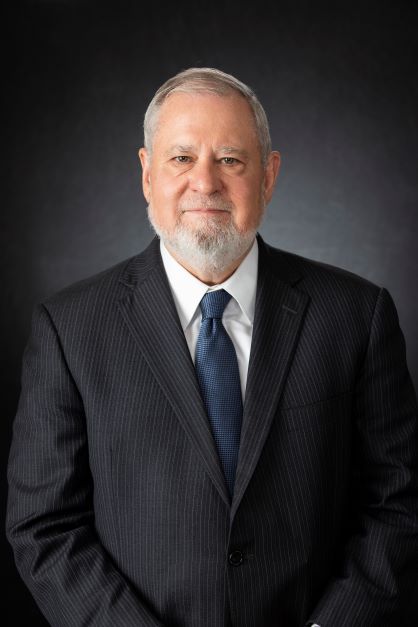 Larry P. Arnn is the twelfth president of Hillsdale College. He received his B.A. in 1974 from Arkansas State University, graduating with the highest distinction. He received his M.A. in Government in 1976 and his Ph.D. in Government in 1985 from the Claremont Graduate School. He also studied in England from 1977 to 1980, first as a research student in International History at the London School of Economics, and then in Modern History at Worcester College, Oxford University. While in England, he also served as director of research for the late Sir Martin Gilbert, the official biographer of Winston Churchill. He returned to the United States in 1980 to become an editor for Public Research, Syndicated, and from 1985-2000 he served as president of the Claremont Institute, an education and research institution based in Southern California. While at Claremont, he was the founding chairman of the California Civil Rights Initiative, which was passed by California voters in 1996 and prohibited racial preferences in state hiring, contracting, and admissions.

ANNIVERSARY SPONSOR
Celebrate forty years of The New Criterion with a leadership commitment to the magazine. Table with premier seats, as well as recognition in The New Criterion's "Notes & Comments" section and in the dinner program.

FOUNDERS' CIRCLE
Table with prime seating, as well as recognition in all materials.

Co-CHAIRS
Table with preferred seating, as well as recognition in all materials.

HOST COMMITTEE
Table with priority seating, as well as recognition in the dinner program.

We thank our leadership supporters: