A visitor to New York City’s Bryant Park, a 9.6-acre gem at Forty-second Street and Sixth Avenue behind the New York Public Library, might find it difficult to believe its dismal state forty years ago. Now it is a showplace: teeming with people, immaculately maintained, and packed with activities ranging from book talks to ice skating to juggling (or at least it was until the coronavirus hit). But in the 1970s, it was infested with drug dealers and avoided by most everyone else, one of the spaces notorious enough to earn the sobriquet “Needle Park.” The story of how that changed—and how other urban spaces can be similarly transformed—is the subject of Andrew M. Manshel’s Learning from Bryant Park.

In much of the mid-century era, it was by no means obvious whether or not parks were an urban positive or negative. Many of them had fallen into severe disrepair, even Central Park. In The Death and Life of Great American Cities(1961), Jane Jacobs was ambivalent about parks, writing, “Parks are volatile places. They tend to run to extremes of popularity or unpopularity.” The many unpopular parks, she argued, could become themselves a form of urban blight, spreading danger to their surrounding streets.

In the 1970s, it was infested with drug dealers and avoided by most everyone else, one of the spaces notorious enough to earn the sobriquet “Needle Park.”

Bryant Park, never a completely successful space in its early history, fell into particularly poor condition during the 1960s and ’70s. The seeds of change were sown in 1979, when the Rockefeller Brothers Fund paid for a study of recommended changes to the park conducted by William H. Whyte. Whyte, a former editor at Fortune magazine, had made detailed studies of public spaces using time-lapse photography, allowing him to determine empirically how people actually behaved in public spaces and interacted with their elements. It took several years to find funding for reconstruction, a problem solved when the library decided to build an expansion of its stacks under the park. This took place over four years, with the park reopening along the lines of Whyte’s proposed changes—with designs by the garden expert Lynden B. Miller—in August 1992.

But the physical redesign was a secondary element in the park’s success. More critical, argues Manshel, were the management and operations of the park afterwards. He writes, “The first thing to consider isn’t how the space is going to be designed but rather how it is going to be managed.” This is the opposite of the typical approach, in which cities spend tens of millions of dollars on designs from big-name architects but skimp on maintenance. As Manshel says, “I contend that just about any public space can be revitalized through excellent maintenance and programming no matter how poorly laid out.”

World-class operations were part of Bryant Park’s transformation from the beginning. In 1980, concerned parties created the non-profit Bryant Park Restoration Corporation (bprc). Along with the Central Park Conservancy, the bprc was one of the two 1980s-era entities that demonstrated private management was a viable option for improving public spaces. The bprc’s first director was Dan Biederman, who proved himself more than capable in the arts of public space management (and who still runs the park today). Manshel was hired by Biederman during the park’s reconstruction, and he worked as part of the bprc for several critical early years as the park was transformed.

The first key to successful public space management is ensuring its physical maintenance. “Providing the highest possible level of maintenance in a public space is the sine qua non of placemaking. It is job one. There is no substitute for it,” Manshel writes. Physical maintenance follows from the “broken windows” principle in which even seemingly insignificant physical damage such as a simple broken window signals disorder and likely tolerance of antisocial behavior. Well-maintained spaces, however, project social order and make people feel safe, which is a precondition to their being willing to use a public space:

The programs we implemented were designed to make clear that the space had returned to social control and visitors could expect no threatening or uncomfortable experiences.

Graffiti was immediately removed, stolen plants were quickly replaced, trash was efficiently picked up, and trash baskets never, ever were allowed to overflow. An immaculately maintained restroom became part of the park’s physical restoration, powerfully communicating a sense of stability to park users.

Beyond maintenance, good public space management includes programming and continuous improvement to the public experience. This is where having a private non-profit operator proved crucial, because government is allergic to risk. “Without taking on risk, it is impossible to make real social and economic change in distressed downtowns and public spaces,” Manshel writes. With the press always ready to pounce, especially in New York, government tries to avoid any risk it can. But private operators can take on more entrepreneurial risk, serving as a buffer and lightning rod for criticism that might otherwise cause politicians and bureaucrats to say no.

Part of taking risk intelligently is to make smaller, incremental changes. Manshel argues for the opposite of Daniel Burnham’s famous dictum, urging park administrators instead to “Make no grand plans.” It’s the small things that add up to a big difference. Bryant Park’s famous movable chairs—directly inspired by Whyte’s research—are a good example. Other public space improvements common today were also pioneered at Bryant Park, including large, integrated news racks that replaced the jumble of individual ones that previously littered the street, and the showing of movies outdoors in the park. The bprc also learned through trial and error how to program the park to keep it populated and thus repel antisocial activity. Visitors who made it to the park prior to New York’s general shutdown couldn’t help but be impressed by the wide range of activities constantly happening there, and will be so again once life returns to a more normal state.

All this costs money, and that’s the catch. Manshel says that “Public space revitalization projects must include a sustainable means of providing the resources for continuing maintenance and programming.” This is the opposite of how so many cities proceed. Because capital-project dollars are often easier to raise than operating funds, cities can spend many millions constructing impressive physical spaces and still have them fail due to poor management and operations. Manshel cites Los Angeles’s Pershing Square as an example.

In Bryant Park’s case, funding came initially through a Business Improvement District (bid) scheme in which area property owners create a special taxation district to fund improvements. The acceptance of this tax structure was well worth it to the local merchants, as Manshel estimates Bryant Park’s transformation triggered $5 billion in real estate development around it. Later, the park became largely self-supporting through revenue from events and concessions. “The income-producing potential of a well-run public space should not be underestimated,” Manshel says. But earned income is controversial because many people object to commercial activity in public spaces on principle.

Manshel insists the lessons of Bryant Park are transferrable elsewhere. He subsequently replicated many of them in the middle-class, racial-minority neighborhood of Jamaica, Queens, via the Greater Jamaica Development Corporation (gjdc), and those stories are recounted in this book, too. But the gjdc itself had significant income from real estate investments. In many places, operating funds for first-class operations are hard to come by. And the kind of talent running Bryant Park is also a rare commodity. But for communities that can raise the money, find the right people, and marshal the politics to implement a public–private partnership to implement change, the strategies of Bryant Park as outlined in this book should be the first place to look when seeking to transform troubled public spaces. Even one visit to the incredible Bryant Park will convince anyone of that. 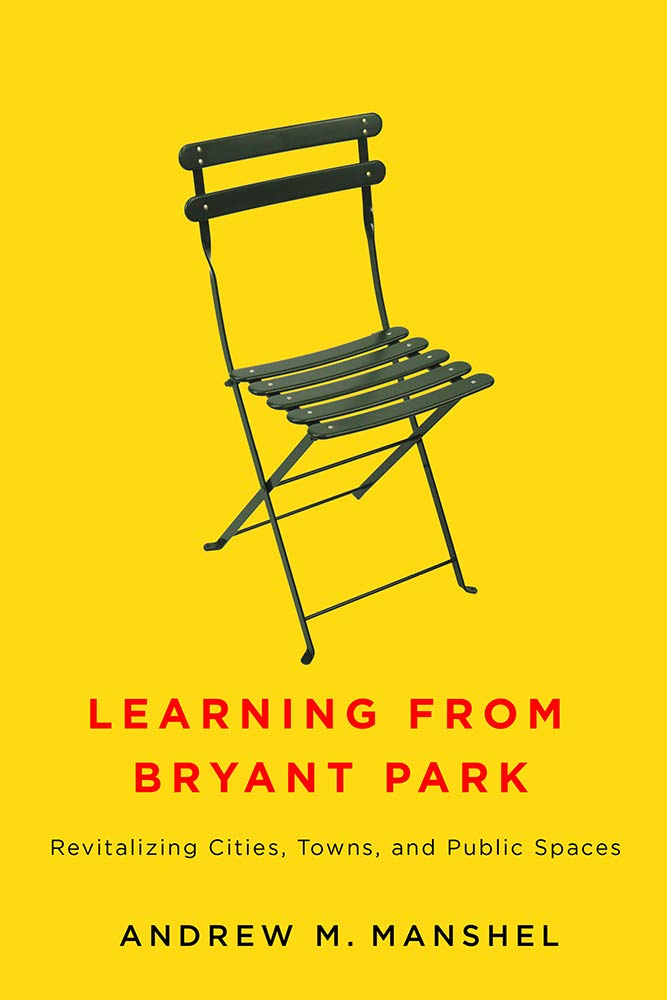 III Why the art world is a disaster by Roger Kimball