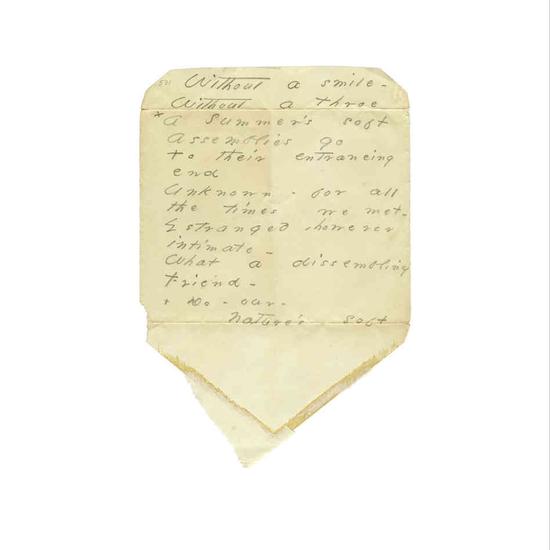 When she died in 1886, Emily Dickinson left a large drawer of handwritten poems—poems soon plundered by relatives and only long decades later handed over to scholars. She had also squirreled away thousands of rough drafts of letters and poems on scraps of paper. These fragmentary remains, like the detritus of other authors not wise enough to pitch them into the fire, have become the heart of academic industry as well as academic fancy. Researchers now treat them with the reverence of Biblical scholars piecing together the fugitive shreds of the genizah of Cairo. Reverence, and vigilance.

IV The genius of Wodehouse by Roger Kimball

The rules of the game