Mann revealed by Arthur A. Cohen

Among the many entries in the remarkable Tagebücher of Robert Musil that deal with Thomas Mann is one whose cryptic simplicity summarizes the principal themes to which discussion of Thomas Mann is increasingly devoted. Musil writes in Notebook 28 of 1928: “Thomas Mann, the bourgeois, the voice of the nation.”

Musil, it must be recalled, had many times approached Mann for assistance in the dissemination of his own work; for the most part, he was denied help. Only late in his life did Mann join with other German exile writers to appeal to an English publisher on Musil’s behalf to undertake publication of The Man Without Qualities, surely one of the masterpieces of modern... 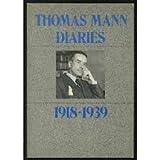 I Roger Scruton: defender of the soul & civilization by Daniel J. Mahoney

III Not so great by William Voegeli

IV The bright ghosts of antiquity by John Talbot

The sufferings of Heinrich von Kleist

Mann revealed by Arthur A. Cohen