“Vittore Carpaccio: Master Storyteller of Renaissance Venice” at the National Gallery of Art, Washington, D.C. (through February 12): In his Guide to the Principal Pictures in the Academy of Fine Arts at Venice of 1877, John Ruskin placed Vittore Carpaccio (ca. 1465–1525) at the apex of  Venice’s “classic and mythic” age. Henry James declared that Carpaccio was the “most personal and sociable of artists” for his “care for human life at large.” The times must be right again for another rediscovery of this painter who served as a link between the coolness of Giovanni Bellini and the maniera moderna warmth of Titian and Giorgione. Fortunately the National Gallery has the lending power to mount a major stateside survey of the artist, the first outside of Italy. “Vittore Carpaccio: Master Storyteller of Renaissance Venice” features forty-five paintings and thirty drawings. Gathering work from some forty-eight venues, the exhibition should enkindle our own Carpacciomania. Look for my full review in the forthcoming February issue of The New Criterion. —JP

“Drawing Trouble: Fakes, Forgeries, and the Complications of Connoisseurship” with John Marciari, at the Institute of Fine Arts (February 2): Reviewing a book on forgeries for The New Criterion of October 1983, the great connoisseur Gene Thaw wrote that art fakes “are usually of two kinds. They are imitations of works of art so minor and marginal . . . that they sneak by the normal guardians of authenticity, or else they are major attempts at deception.” Next week John Marciari—the Charles W. Engelhard Curator, Head of the Department of Drawings and Prints, and Curatorial Chair at the Morgan Library & Museum—takes up the issue in a lecture at the Institute of Fine Arts on Seventy-eighth Street. Those unable to make it in person can join online. —BR

A Rachmaninoff marathon at Carnegie Hall, featuring The Philadelphia Orchestra and Yuja Wang (January 28): In 1939, now an elder statesman of Russian Romanticism in his adopted home of the United States, Rachmaninoff remarked to a journalist that he could not “cast out the old way of writing and . . . cannot acquire the new.” He felt, he lamented, “like a ghost wandering in a world grown alien.” How many of us have not at times felt similarly as we beat on against the currents of changing aesthetics? After the master died in 1943, many critics were eager to hammer the nails in his coffin; read Eric Blom’s pronunciamento in the 1954 edition of Grove’s Dictionary: “The enormous popular success some few of [his] works had in his lifetime is not likely to last, and musicians never regarded it with much favour.” Pace Blom, musicians and laypeople alike will come to Carnegie Hall in force this Sunday for a marathon run through Rachmaninoff’s oeuvre, as the pianist Yuja Wang joins the Philadelphia Orchestra under Yannick Nézet-Séguin in a nearly four-hour program of all four piano concerti and the Rhapsody on a Theme of Paganini. —IS 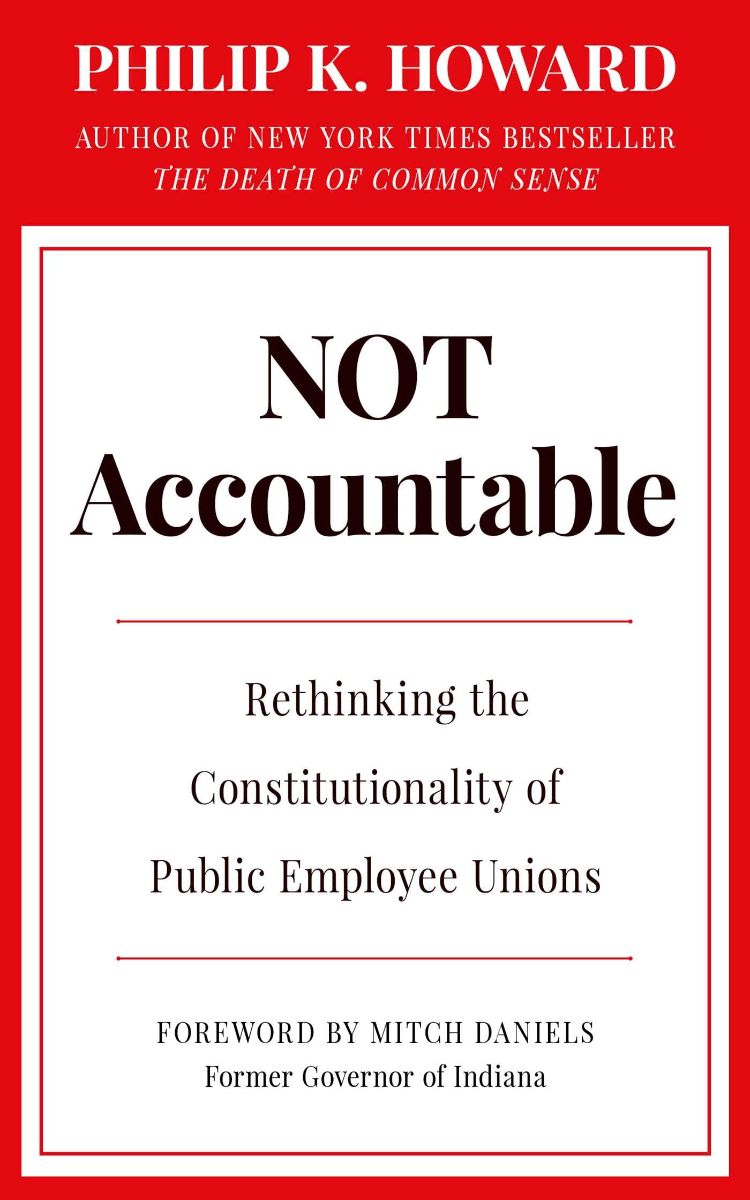 Not Accountable: Rethinking the Constitutionality of Public Employee Unions, by Philip K. Howard (Rodin Books): “No society, no organization, no group of people, can function effectively without accountability,” writes Philip K. Howard in his new book that shines a spotlight on the overreaching power of public-employee unions in our constitutional system. Limited by union agreements, many of our elected officials have to defer to their authority when trying to enact institutional reform. To make matters worse, politicians rely on union support for elections. As a result, public-employee unions are deadlocking our political system, eliminating accountability, wasting taxpayer money, and substantially corrupting the quality of our institutions and services, such as public schooling and policing. With a foreword by the former Indiana governor Mitch Daniels, Not Accountable: Rethinking the Constitutionality of Public Employee Unions provides for a compelling indictment of our nation’s public-sector unions. —JW

“Harry Mount addresses the Young Friends.” Remarks from Harry Mount on the publication of his new book Et Tu, Brute? The Best Latin Lines Ever.

“Icons for sale,” by Kyle Smith. On The Collaboration by Anthony McCarten.