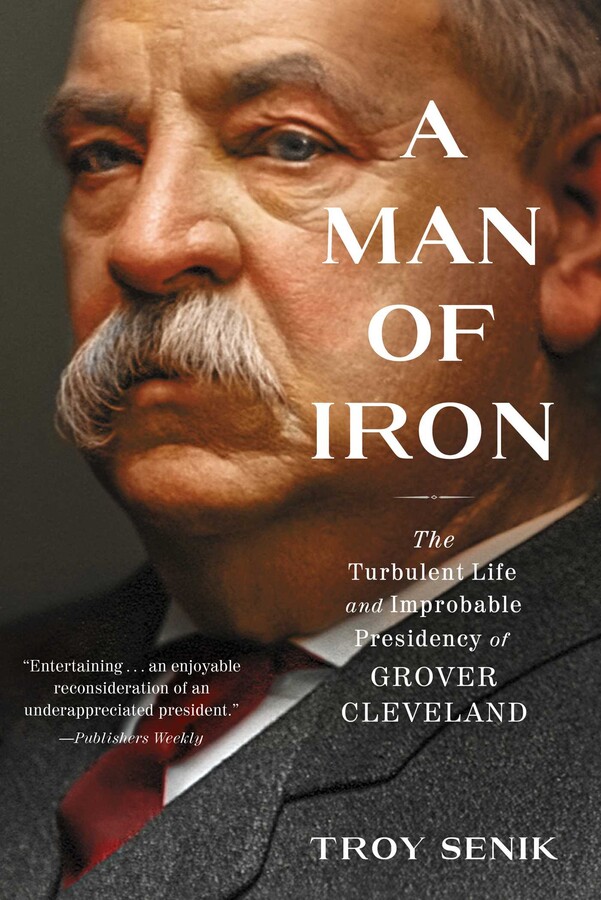 A Man of Iron: The Turbulent Life and Improbable Presidency of Grover Cleveland, by Troy Senik (Threshold Editions): You don’t often think of Grover Cleveland when you hear the term “meteoric ascent,” but maybe you should. In the span of four years, this forty-four-year-old lawyer and bachelor whose highest public office to date had been the sheriff of Erie County, New York, became the mayor of Buffalo, the governor of the Empire State, and then the twenty-second president of the United States. (He was also the twenty-fourth, the only president to serve non-consecutive terms.) You might not rank Cleveland among the greatest to hold that office, either, but H. L. Mencken—a waspish critic of presidents if there ever was one, who attributed to FDR “every quality that morons esteem in their heroes”—maintained that “we have never had one, at least since Washington, whose fundamental character was solider and more admirable” than Cleveland’s. A new biography by Troy Senik lends credence to Mencken’s position and explains why Cleveland is worthy of our attention today. Look for a full review from Marc M. Arkin in a future issue. —RE 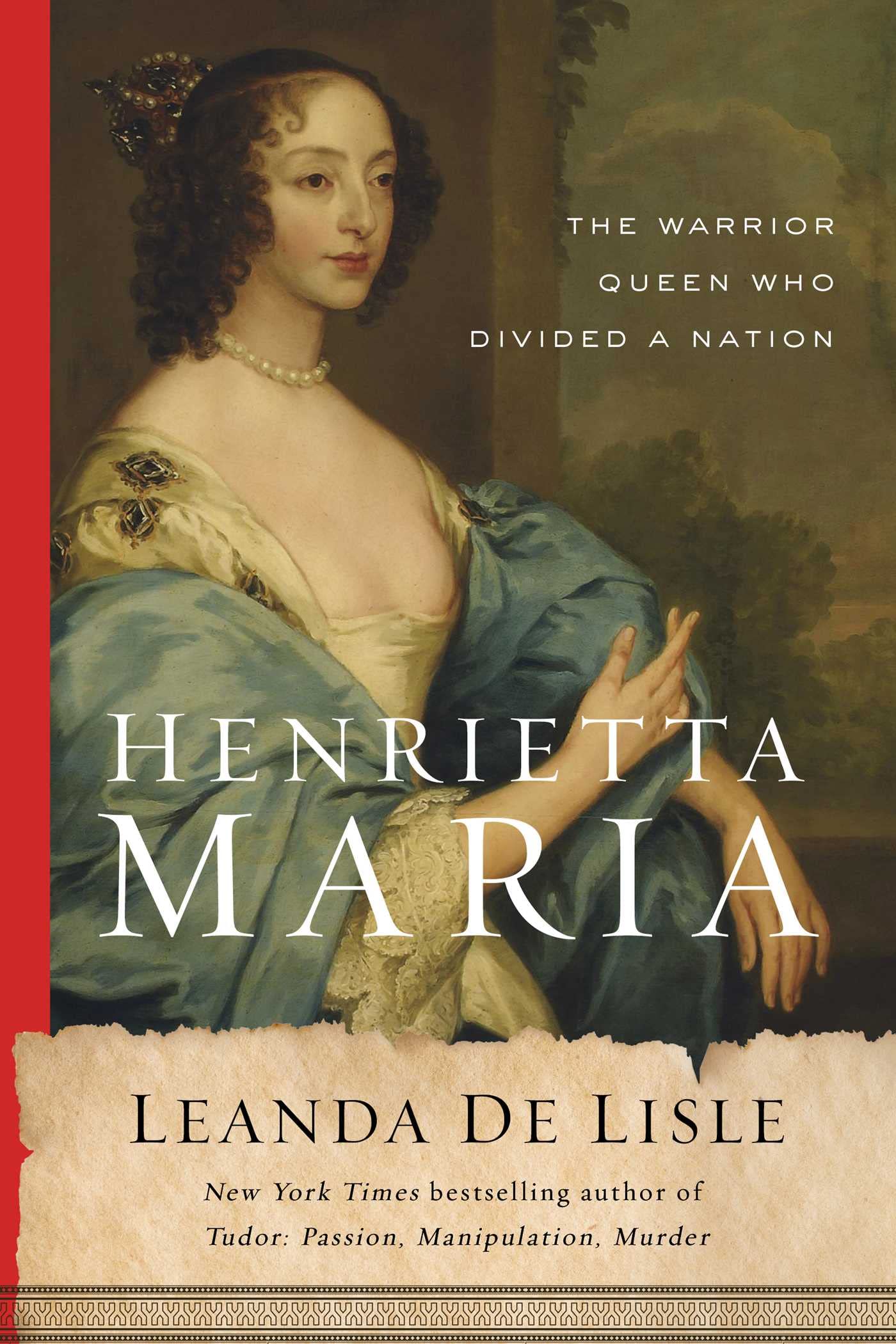 Henrietta Maria: The Warrior Queen Who Divided a Nation, by Leanda de Lisle (Pegasus): The last time an English king named Charles had an unpopular queen consort, her name was Henrietta Maria, and the public widely blamed her for inciting the English Civil War. In her new book Henrietta Maria: The Warrior Queen Who Divided a Nation, the author and expert on early modern England Leanda de Lisle delves into the myth, legend, and historical treatment of the “Phoenix Queen.” Contemporary narratives describe Henrietta Maria as a “generalissima,” adulterer, and bigoted French Catholic who seduced and manipulated Charles I, and the entire Protestant royal institution, into sin and authoritarianism. De Lisle retells the dramatic story of the English Civil War from Henrietta Maria’s point of view to convey a better understanding of the queen, her motivations, and how she made her place in a foreign realm governed by men. —JW 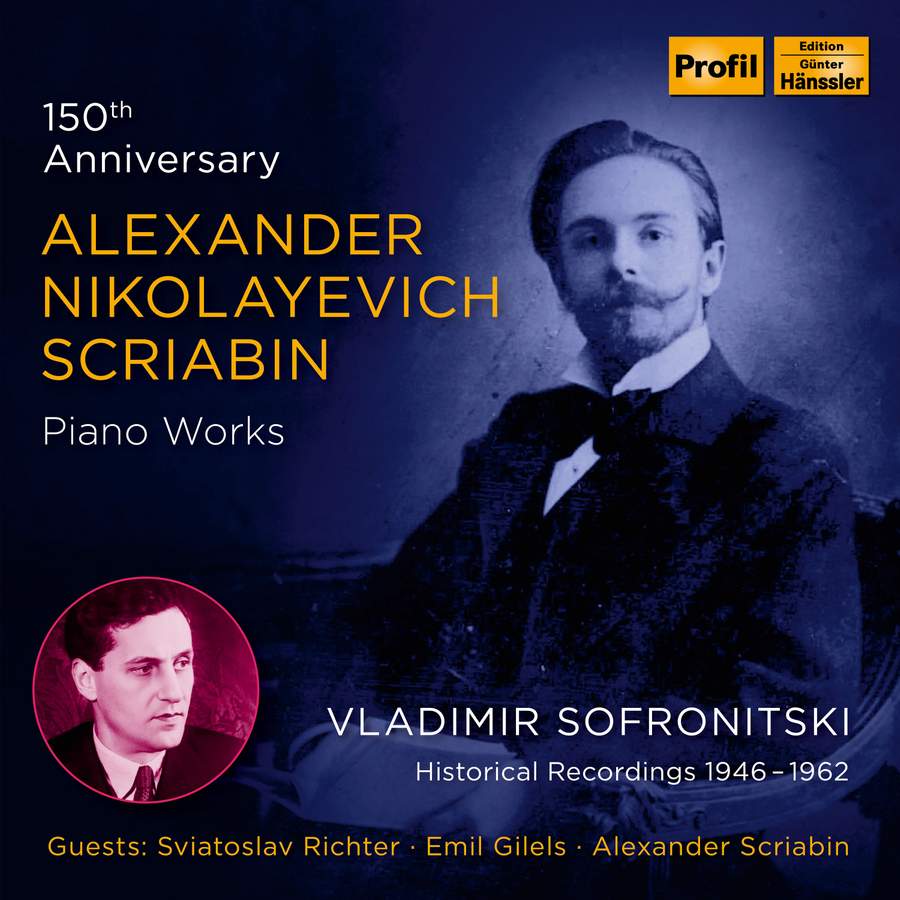 Alexander Scriabin: 150th Anniversary—Piano Works, by Vladimir Sofronitsky (Profil): In a fate shared with several figures of the decadent Silver Age of Russian art, Alexander Scriabin’s stock fell dramatically in the years following the Russian Revolution. Scriabin’s esoteric method—an avowed synesthete, he color-coded the circle of fifths—and interest in Theosophy ensured his status as a cult artist throughout the lean years of Bolshevism until his modern-day revival. One of the most faithful keepers of the Scriabin flame was the pianist Vladimir Sofronitsky, who married Scriabin’s daughter Elena and was considered by Scriabin’s inner circle to be the ablest navigator of the labyrinthine emotions and coloristic harmonies of his piano oeuvre. Sofronitsky’s mid-century recordings of Scriabin are collected in a new, twelve-CD set to mark the hundred fiftieth anniversary of the composer’s birth. —IS 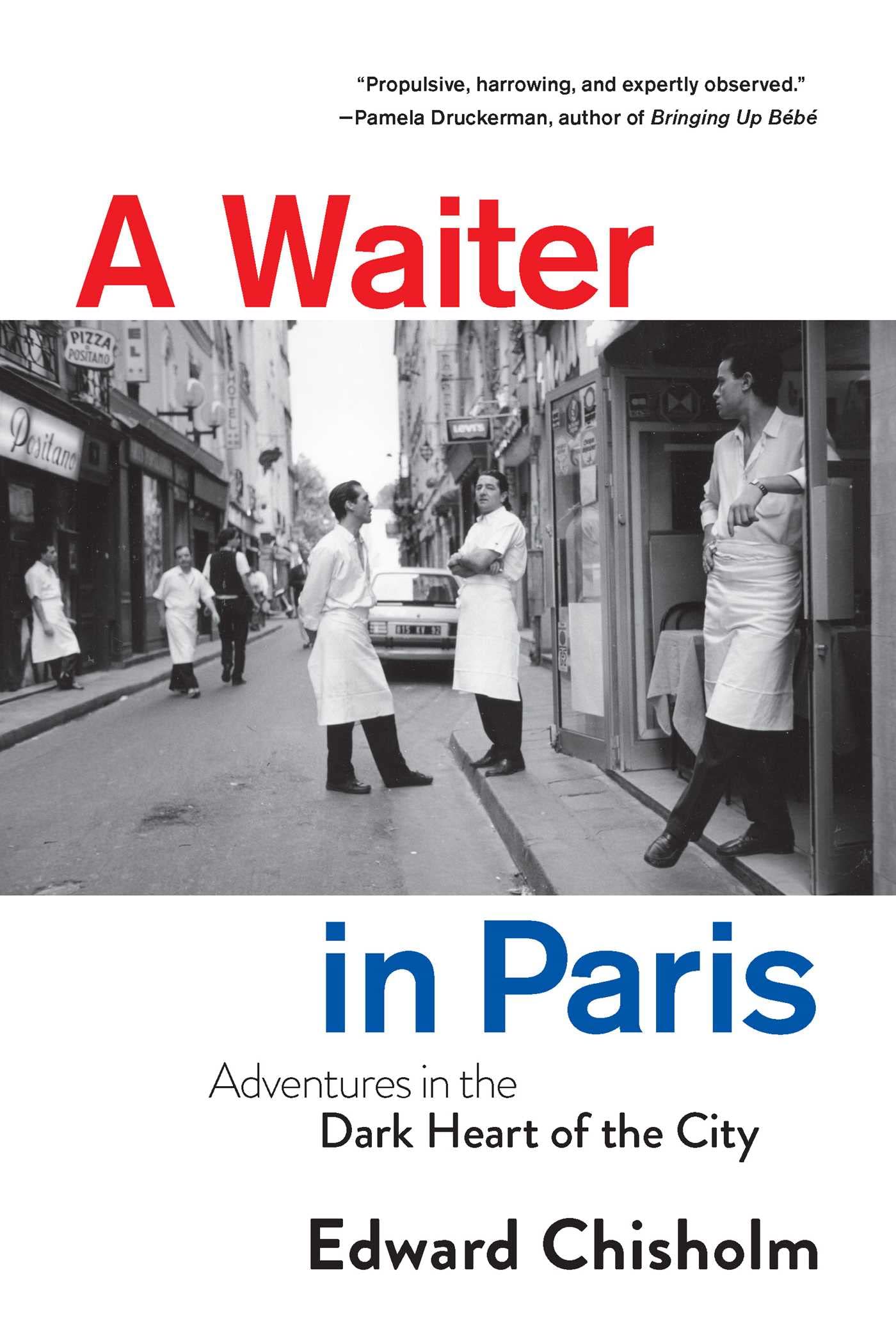 A Waiter in Paris: Adventures in the Dark Heart of the City, by Edward Chisholm (Pegasus): The waiter’s epitaph—“By and by, God caught his eye”—takes on special significance in a city like Paris, where the idea of service is a bit different from that in, for instance, New York. Edward Chisholm’s memoir A Waiter in Paris, which details his four-plus years working front-of-house in Parisian restaurants, follows a familiar formula: Englishman, down and out, tries his luck on the Continent. What rescues Chisholm’s book from triteness is his humor, evident from the start: “Having printed off a handful of CVs in an internet café—probably my greatest work of fiction to date—I begin a quest for a job.” Along the way there is more hilarity but also undeniable bleakness. Here is the world of Parisian restaurants in full. —BR

“American writers and the British muse,” by James Tuttleton (April 1987). A review of Atlantic Double-Cross by Robert Weisbuch.

“Abstract Romanticism on the Atlantic,” by Franklin Einspruch. On “John Walker: From Low Tide to High Tide” at the Ogunquit Museum of American Art, Ogunquit, Maine.