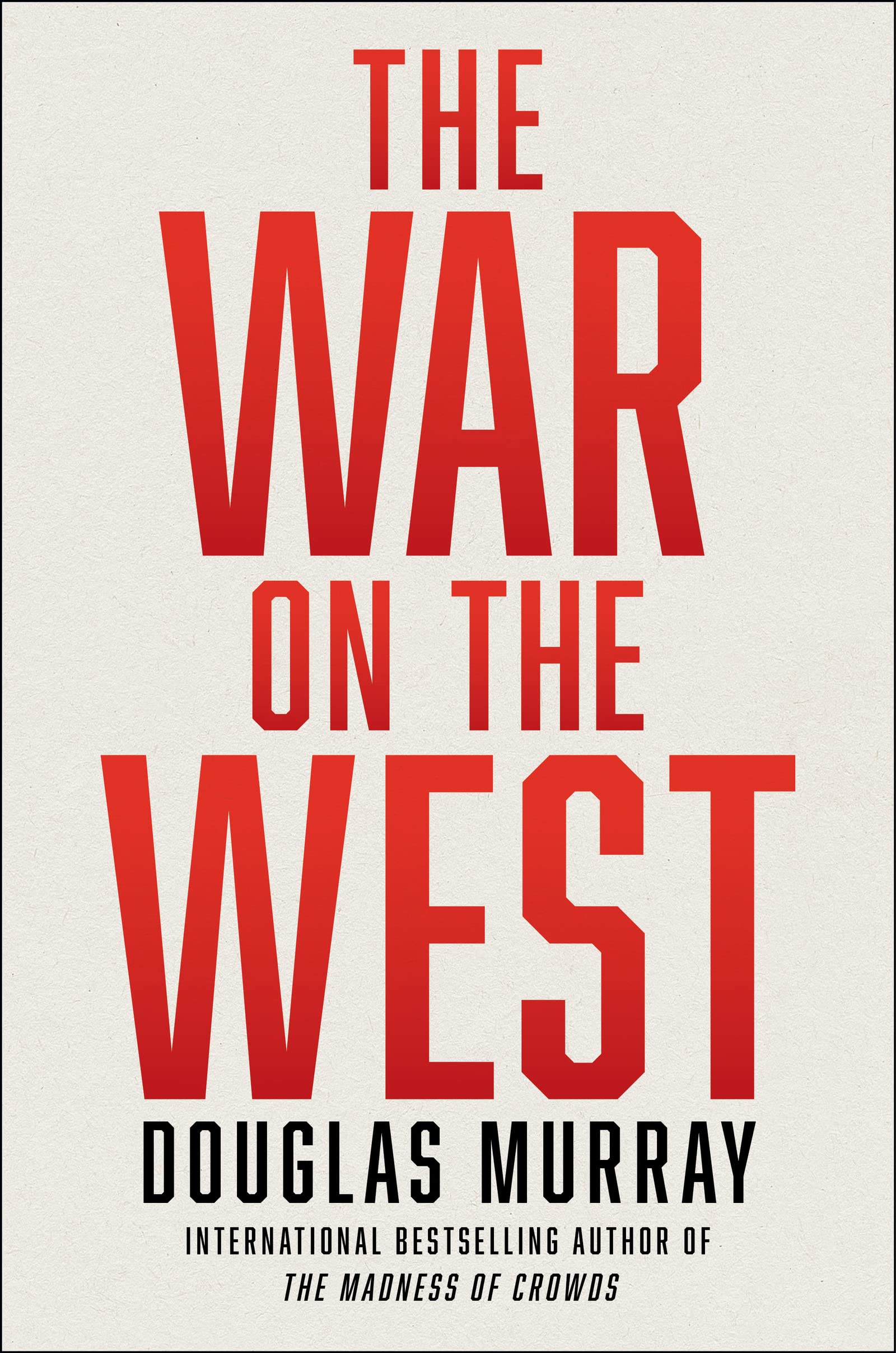 The War on the West, by Douglas Murray (Broadside Books): “In recent years it has become clear that there is a war going on,” writes Douglas Murray, “a war on the West.” Murray has been defending culture in a war “being waged remorselessly against all the roots of the Western tradition and against everything good that the Western tradition has produced.” His previous books The Madness of Crowds and The Strange Death of Europe: Immigration, Identity, Islam have been praised for their unapologetic defenses of Western values. The War on the West now broadens his analysis with chapters on race, China, history, reparations, religion, gratitude, and culture. Just out from Broadside Books, the book is already a bestseller—and an indication that the fight is far from over. —JP 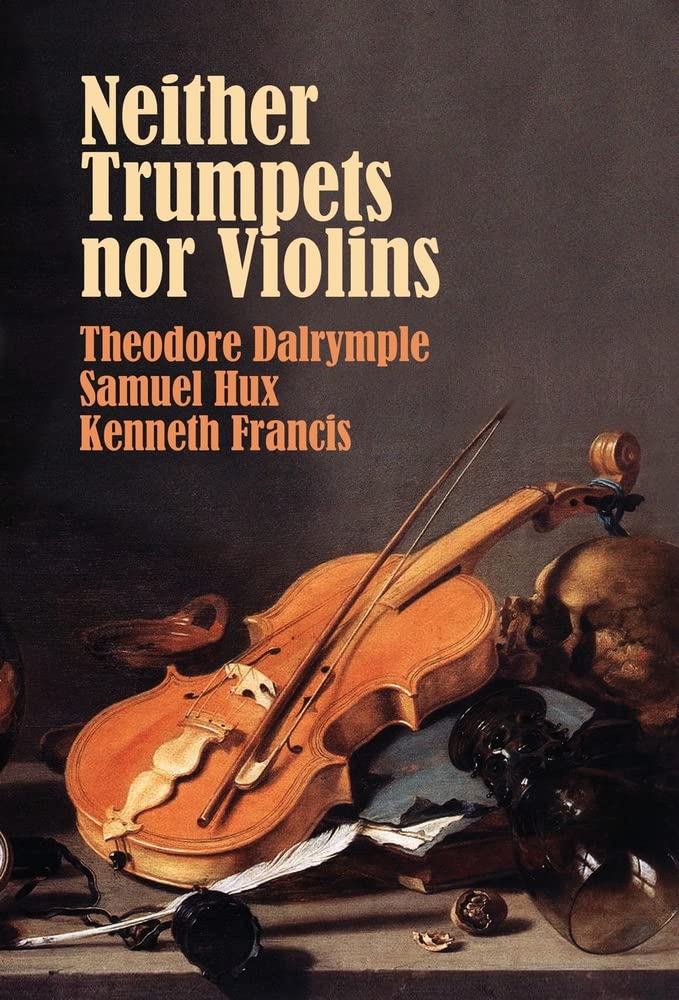 Neither Trumpets nor Violins, by Theodore Dalrymple, Samuel Hux, and Kenneth Francis (New English Review Press): The really delightful thing about this collection of essays is not so much the variety of subjects—Machiavelli, John Stuart Mill, and Trumbull Stickney come in for review, among others—as the oblique wit of the analyses. Thus we learn from Theodore Dalrymple, on the subject of Mill’s seemingly permissive On Liberty, that “inside every libertarian there is a martinet trying to get out”; or, as Samuel Hux tells us, that Jean-Paul Sartre’s chief philosophical sin was his “humble willingness to self-destruct” by grafting his existentialism onto neo-Marxism. Joined by Kenneth Francis, these prolific writers are at home even when far afield, and so the slim volume has much to offer in the way of intellectual transport. —RE

“Chekhov + Turgenev” at the Sheen Center (though June 5): “An avalanche is moving down upon us,” opines the idealistic Baron Tuzenbach in Anton Chekhov’s play Three Sisters. “A mighty clearing storm which is coming, is already near and will soon blow the laziness, the indifference, the distaste for work, the rotten boredom out of our society. I’ll work, and in another twenty-five or thirty years everyone will have to work.” Little did the audience at the play’s premiere in Moscow in 1901 know just how darkly prescient these words would prove to be. In Three Sisters, Chekhov offers an incisive anatomy of the hope, despair, and dysfunction of the petite bourgeoisie on the eve of the Russian revolutions. Now through the first week of June, a new production of Three Sisters is running at the Sheen Center in New York City alongside About Love, a new musical play inspired by a short story by Ivan Turgenev. Three Sisters, intended by Chekhov to be punctuated by music onstage and off, is here accented by a live jazz quartet.  —IS

“Hofmann Dances” by Battery Dance at Schimmel Center, New York (May 19–20): Jonathan Hollander, the founder of Battery Dance, studied painting and sculpture before becoming a dancer. It’s no wonder, then, that his company, which has produced over 125 new pieces of choreography since it began in 1976, sometimes performs in art galleries in Lower Manhattan and regularly employs contemporary painters to design sets for new productions. For its latest project, Battery Dance has commissioned three choreographers—Saeed Hani, Tsai Hsi Hung, and Christopher Núñez—to create new works inspired by the German-born American modernist painter Hans Hofmann (1880–1966), a key figure in the development of Abstract Expressionism. See the results of this cross-disciplinary experiment Thursday and Friday at Schimmel Center. —JC 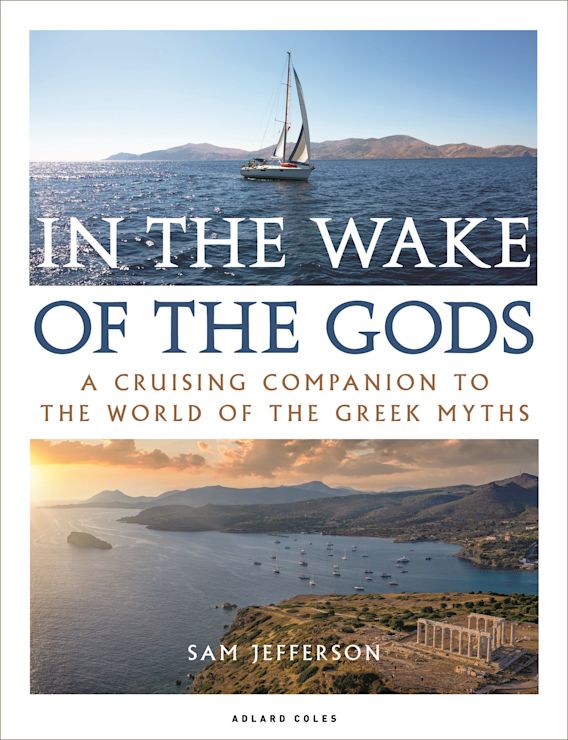 In the Wake of the Gods: A Cruising Companion to the World of the Greek Myths, by Sam Jefferson (Adlard Coles): In Prospero’s Cell, Lawrence Durrell relates how three towns on the Ionian island of Corfu vie for recognition as the meeting place between Odysseus and Nausicaa, the beautiful maiden who aids him on his way home. Off Paleopolis there still stands an islet, “Mouse Island, whose romance of line and form (white monastery, monks, cypresses) defies paint and lens, as well as the feebler word. This petrified rock is the boat, they say, turned to stone as punishment for taking Ulysses home. It might have been here.” That such tales were in currency in the 1930s and still are today is proof of the power of the mythic past in a place as old as Greece. Sam Jefferson, in In the Wake of the Gods, offers a breezy guide to mythical locations on the Greek islands and mainland coast, mixing age-old stories with practical sailing advice. It’s not too late to plan a summer vacation. —BR

“Roger Kimball introduces the May issue.” A new podcast from the Editor and Publisher of The New Criterion.

“Worlds apart,” by David Platzer. On “Marcel Proust: On his mother’s side” at the Musée d’art et d’histoire du Judaïsme, Paris