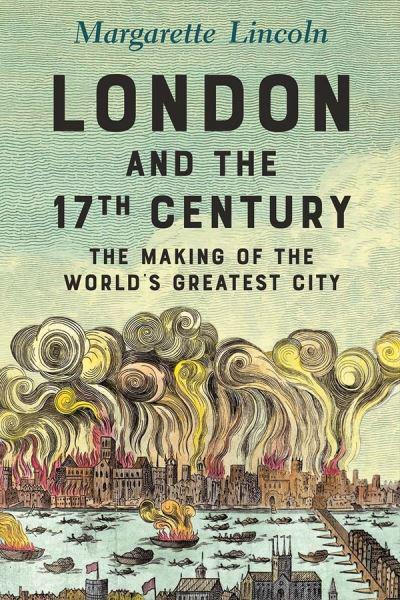 London and the 17th Century: The Making of the World’s Greatest City, by Margarette Lincoln (Yale University Press): Though the subtitle to Margarette Lincoln’s London in the 17th Century could be up for debate—New Yorkers, ever vigilant against slights, might have something to say about her designation of London as the “world’s greatest city”—not debatable is just how enjoyable and informative Lincoln’s book is. All the old friends are here: Pepys, Evelyn, and Aubrey, and Lincoln brings London’s most turbulent century alive with detailed descriptions of life on the ground. To wit, on Charles I’s return to London on November 25, 1641, “City conduits ran with wine, and many citizens made themselves sick by drinking the king’s health.” Just two months later Charles turned up at the House of Commons with four hundred armed men, and by 1649 he was dead, executed by his former subjects. —BR 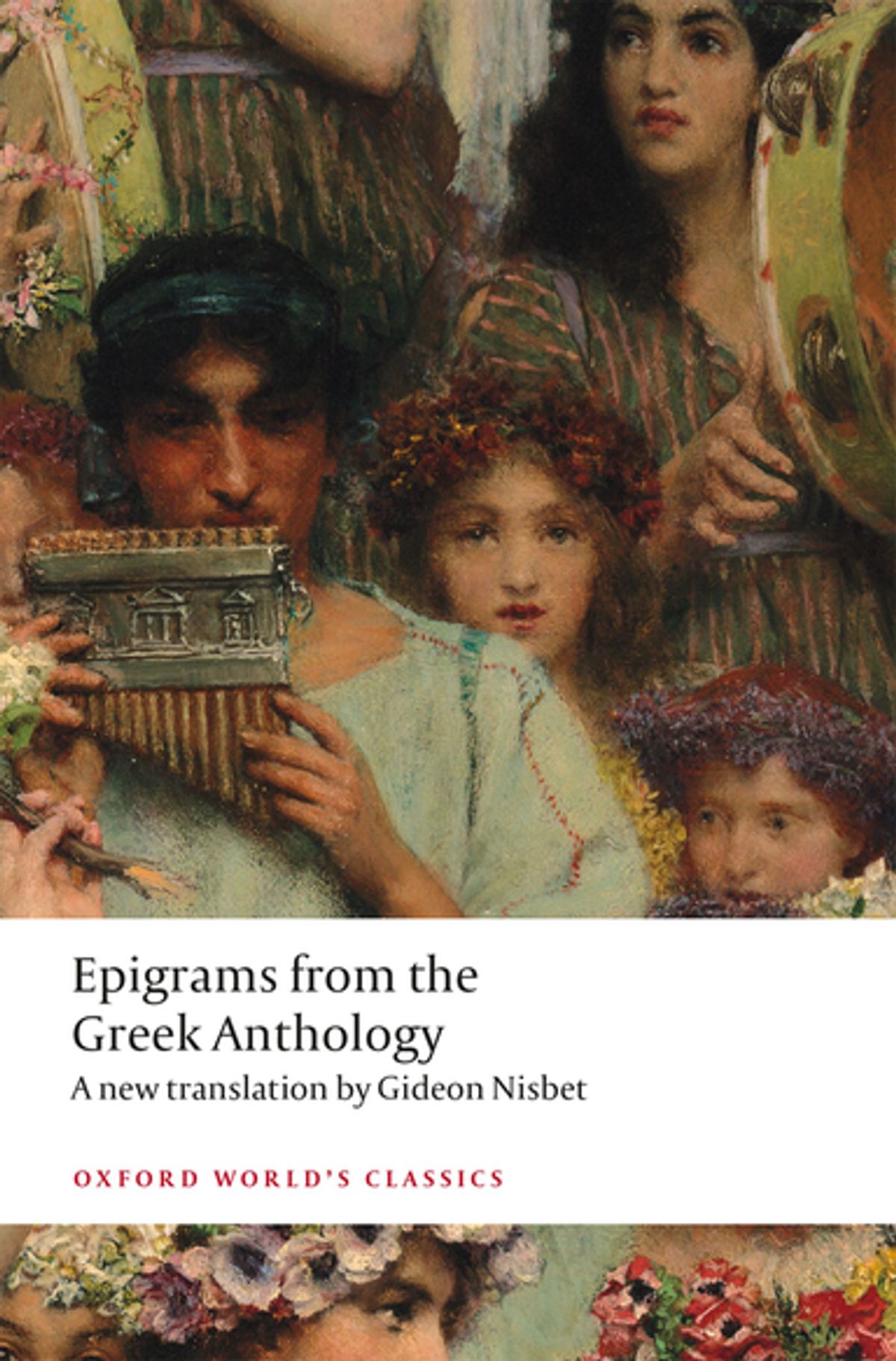 Epigrams from the Greek Anthology, translated by Gideon Nisbet (Oxford World Classics): Judge from the sheer number of pronunciamentos issued daily by news media and by armchair pundits, and you might conclude there is a real taste for epigrams among that set. Judge by the quality and concision of these largely forgettable, would-be witticisms, and you’ll take a different view. So this new edition of Greek epigrams, translated by Gideon Nisbet, a Reader in Classics at the University of Birmingham, must be counted as a service to society as well as a significant literary achievement. The volume comprises roughly six hundred poems picked from the so-called Greek Anthology, a manuscript tradition that represents our principal source for ancient and medieval literary epigrams. Like the monument inscriptions from which the genre derives, all of the poetry in this wide-ranging compendium—from the Alexandrian verse of Callimachus to the musings of Saint Gregory the Theologian—strikes an artful balance between permanence and topicality. In the first century B.C., the poet Meleager called the book of epigrams he assembled an anthologia, that is, a collection of flowers. —RE 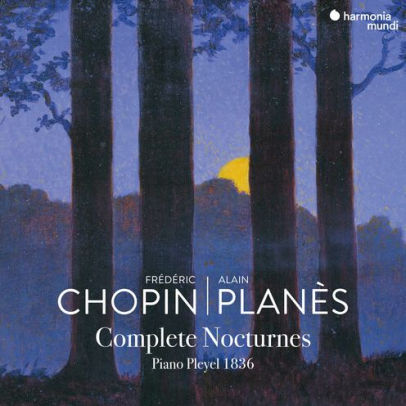 Chopin: Nocturnes, by Alain Planès (Harmonia Mundi): Frédéric Chopin’s favorite pianos were made by Pleyel and Company, a revered French firm founded in 1807 by the composer Ignaz Pleyel. From the time of his debut concert in the company’s Paris showrooms, Chopin proudly sported the Pleyel brand, even transporting a Pleyel with him for a series of concerts in London (and sleeping with it by his side). In this new release, the pianist Alain Planès brings a fresh (old) sound to Chopin’s time-revered Nocturnes by way of a Pleyel piano from Chopin’s day. The contrast-heavy, occasionally uneven sound of the instrument might come as a shock: at best, the high notes can sparkle; at worst, they lose resonance rather sharply. But the lows and mids are rich and unpredictable, making for a fascinating listening experience for those more accustomed to their well-tempered Steinways and Bösendorfers. For the Chopin completist, this is a fascinating exploration of the composer’s music with the help of an entire palette of pianistic coloration that has been all but lost to modern ears. —IS

Werner Sonata by Silas Farley and Orpheus by Dana Genshaft, with the Washington Ballet: The Washington Ballet, led by the former American Ballet Theater principal Julie Kent since 2016, has continued to expand its original repertoire throughout the pandemic. The company’s digital season finale, now streaming on Marquee TV, features two new works that could not be more different. Silas Farley, who retired early from the New York City Ballet last year, presents his first work for a professional company, the serene Werner Sonata, filmed on an outdoor stage at Wolf Trap National Park in Fairfax County, Virginia. Dana Genshaft’s ballet Orpheus, conversely, is set in the shadowy underworld. The lead dancers (Gian Carlo Perez and Katherine Barkman) weave in and out of a silvery corps and perform a moving anti-pas de deux, in which they do not look at or touch each other. The original score, composed and arranged by Kamran Adib, includes sounds of ocean waves, the spooky “Vagues” by the French band La Femme, and “Pyramid Song” by Radiohead. Look out for my review this week on Dispatch. —JC

“Abroad at Home: To the Manor Borne.” On Britain’s most stately abodes.
Benjamin Riley, The Wall Street Journal

“A proliferation of rabbits,” by Bruce Bawer (October 1990). On the Rabbit novels of John Updike.

“Roger Kimball introduces the June issue.” A new podcast from the Editor and Publisher of The New Criterion.