This week: On memoirs by a Navy SEAL, Sean Scully, Eleanor Ray & more. 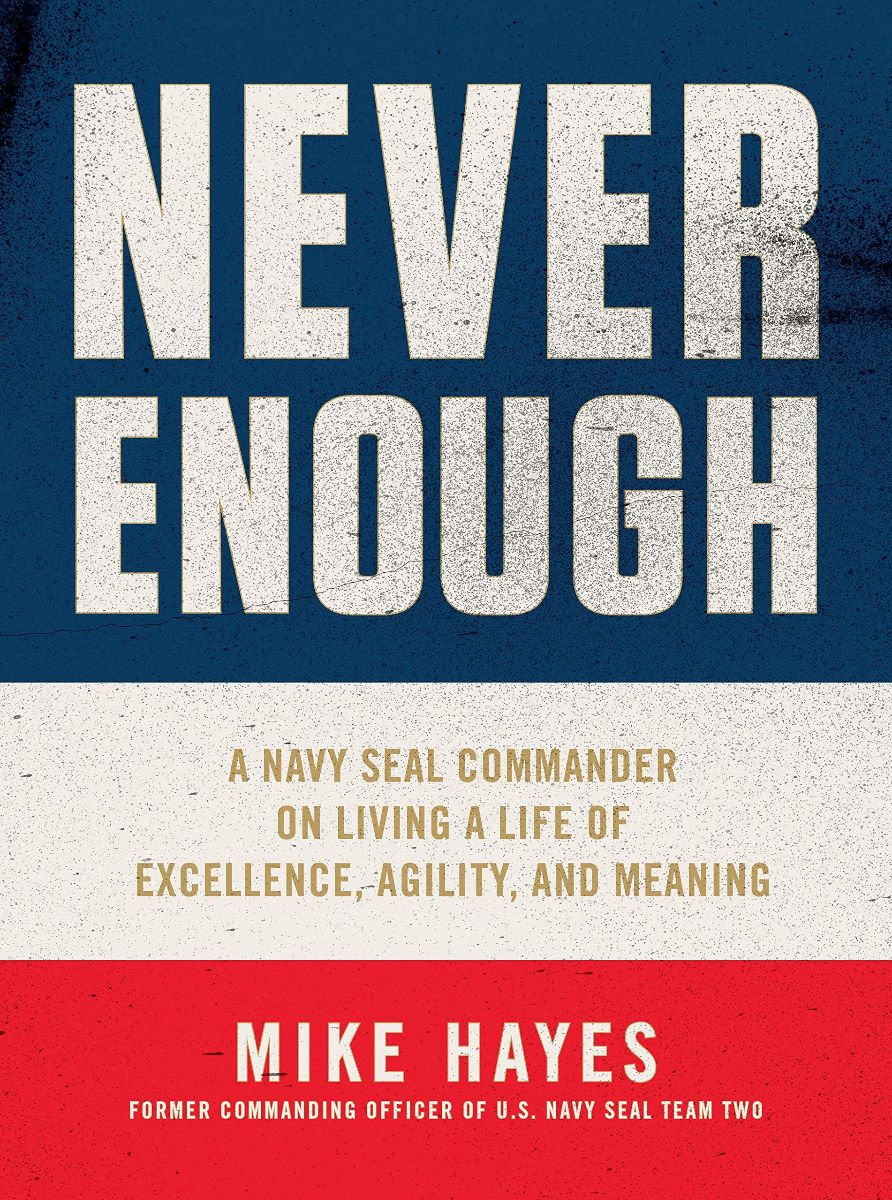 Never Enough: A Navy SEAL Commander on Living a Life of Excellence, Agility, and Meaning, by Mike Hayes (Celadon): Never Enough, by Mike Hayes, a former Commanding Officer of U.S. Navy SEAL Team TWO, is not the sort of book we usually flag in our weekly newsletter. But then Never Enough is not a usual book, period. Part thrilling memoir—we open with a split-second decision in Fallujah in 2007—part guide to life, and written with feeling and humility, Never Enough takes us from war zones to the White House, with many stops in between. Along the way you will learn exactly what SEALs are—“primarily a direct action force . . . . The Seals’ main orientation is to do things ourselves”—and lessons gleaned from a life in service (including that of the enduring value of a liberal arts education; Hayes studied at Holy Cross). And all proceeds from the book will benefit the 1162 Foundation, which aids the families of special operations soldiers killed in action. As of my writing the foundation has already paid off the mortgages of multiple Gold Star widows. May this good work continue with book sales aplenty. —BR

“Sean Scully; The 12 / Dark Windows,” at Lisson Gallery and Sean Scully studio (through June 18): The abstractions of Sean Scully seem right for a year of restriction. Now spread across two Chelsea venues—Lisson Gallery and Scully’s own studio building—the post-minimalist painter builds up and blocks off his compositions. At the studio, open by appointment, “The 12” looks deep, with bands of color continuing a series exploring the horizon line. At Lisson, in a new series of “Dark Windows,” a black square now interrupts the view. Through expressionistic paint handling and nuanced edges, Scully works with the unseen, the built-over, and the barely shown. Positioned like an Albers “Homage,” these squares are obstructions rather than tunnels—hard-edged interventions in the soft landscape of paint. —JP

“Eleanor Ray,” at Nicelle Beauchene Gallery (through June 5): In 2019 I wrote about Eleanor Ray’s first solo exhibition of paintings at Nicelle Beauchene Gallery. Now the artist is showing again with the gallery, in their new space on Franklin Place in Tribeca. Ray’s small paintings, many of which probe relationships between the natural landscape and man-made geometries, are light-filled, evocative, and perceptually astute. They engage with both the generalizing distillation of memory and the particularity of first-hand experience. Though instantly seductive, several are, sneakily, quite strange. Fortuitous snapshot views begin to seem possibly artificial. In View Through Studio (Great Basin Desert), a landscape seen through a floor-to-ceiling window appears magically to “continue” through the opaque wall of the interior space. (Is this itself the reflection of a much closer window, through which the entire scene is viewed? I thought of Lois Dodd’s View through Elliot’s Shack Looking South, 1971.) In Western Meadowlark, the cadmium yellow of the tiny eponymous subject’s belly seems to mirror the painted pole on which it is perched. Divergent lines and colors merge and intersect, upsetting easy understandings of light and space, asking us to look again. —AS 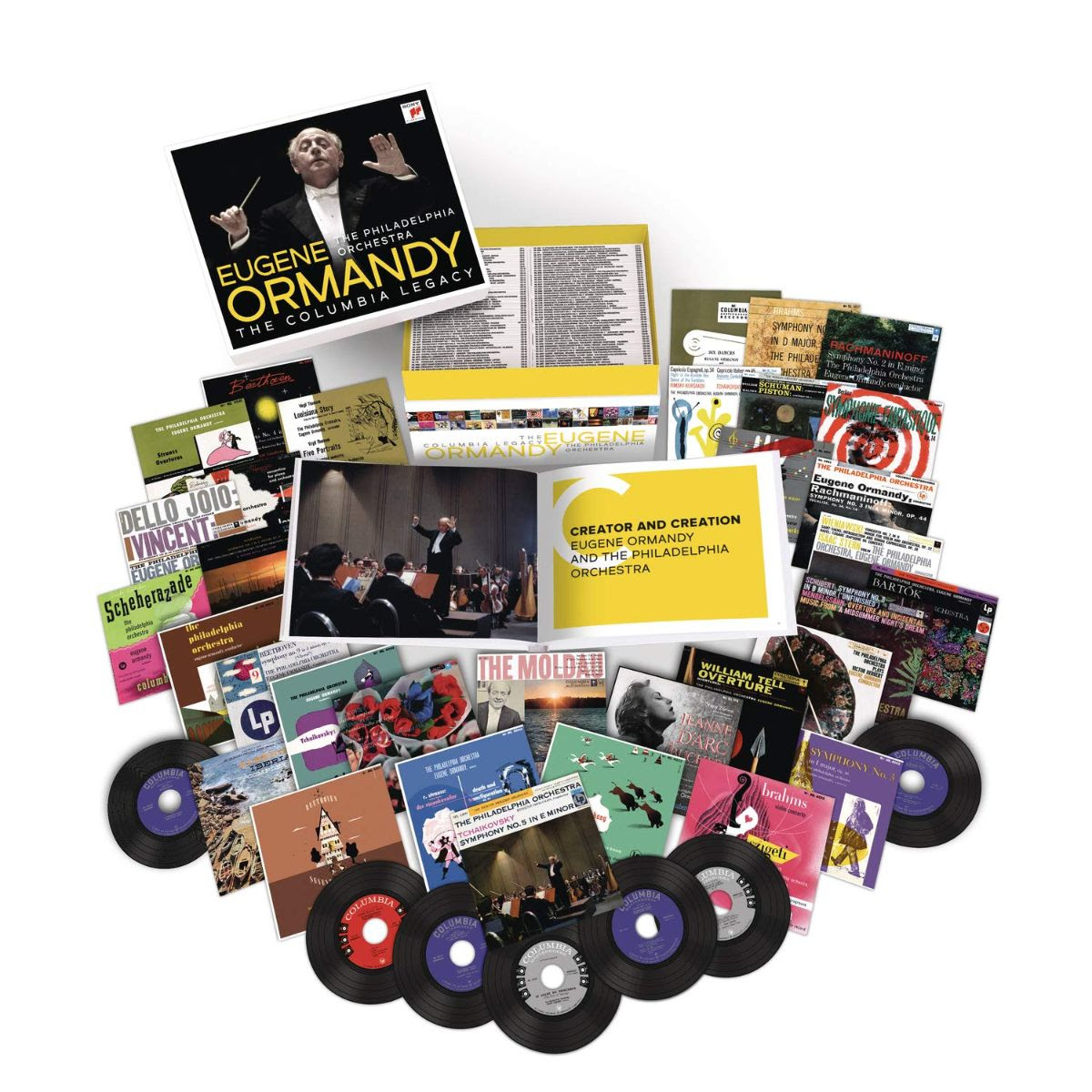 Eugene Ormandy: The Columbia Legacy (Sony Masterworks): If you’ve ever heard someone praise the venerable Philadelphia Orchestra, you’ve likely heard of the full, rich strings of the “Philadelphia Sound.” In the 1950s and ’60s, the Sound made the orchestra and its conductor, Eugene Ormandy, household names, as the Philadelphians shared the bill with Leonard Bernstein’s New York Philharmonic in Columbia Records’ formidable Classical roster. While Bernstein brought emotionality and idiosyncrasy to his interpretations, Ormandy was reliable and steady, sometimes taking flak from the critics for his lack of flair. To those critics, Ormandy was a jack of all trades and a master of none. Yet the Hungarian maestro kept the flame of one of America’s great orchestras burning for more than four decades, and his output was wide-ranging, prodigious, and occasionally groundbreaking. Catch Ormandy and the Philadelphians on home ground, too—particularly in their string music, concerto accompaniments, and recordings of the Slavic repertoire—and you’re in for a treat. As a former music archivist, I’m always thrilled to see definitive editions of the great orchestras and conductors of the analog era reach the light of day. This new edition of Ormandy’s mono output for Columbia brings forth some 152 recordings that have never seen a CD release and will set the record straight on one of the twentieth century’s greatest maestri. A shining tribute. —IS

“Cousteau was the boulevardier of the oceans.”
James Panero, The Spectator