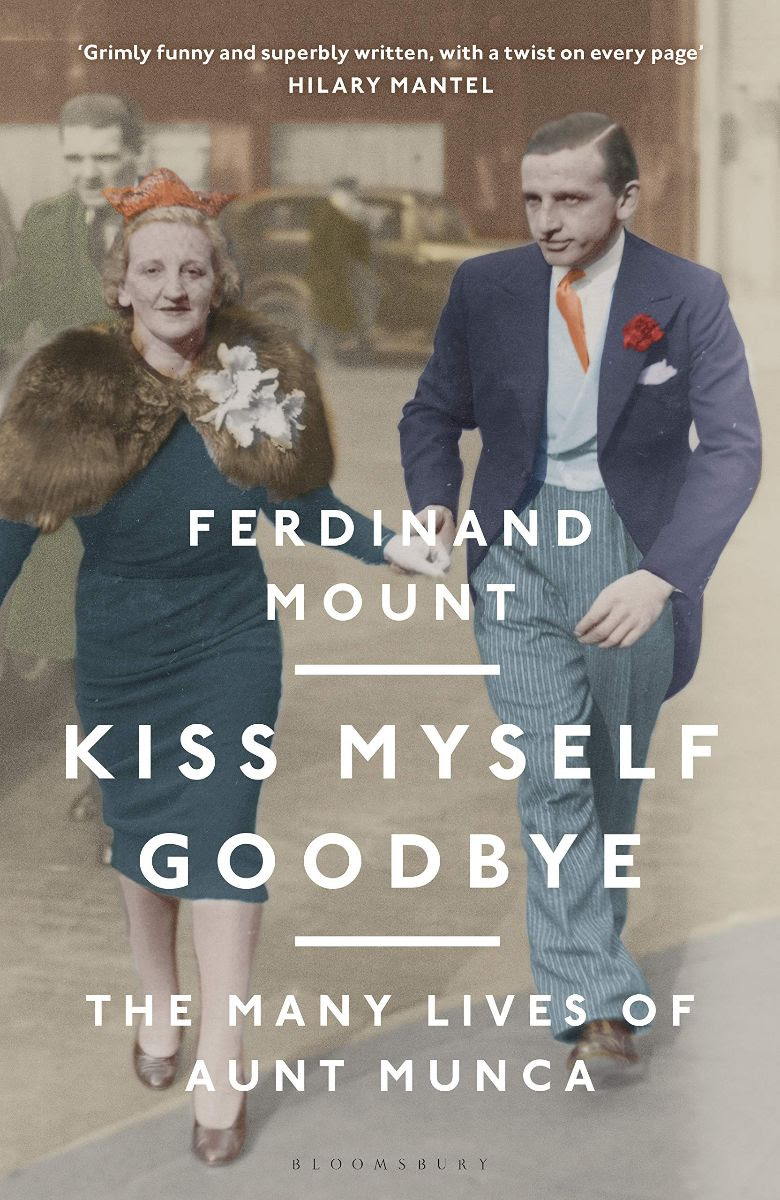 Kiss Myself Goodbye: The Many Lives of Aunt Munca, by Ferdinand Mount (Bloomsbury): When a character refers to Claridge’s, the famed Mayfair hotel, as “the pub,” we know she’s a special sort. Ferdinand Mount’s aunt Betty, also known as “Munca”—by request, after a butchering of the name of a character by Beatrix Potter—keeps the kind of house where “apart from Country Life, the Pekingese Gazette is almost the only periodical there.” Mount’s quest to uncover the truth about his mysterious, “electrifying” aunt makes for gripping reading. To say any more would jeopardize the fun in following Munca’s trail, but it is enough to say that all life is here: fox-hunting and golf, but also the steel-haunted slums of Sheffield. So engrossed was I that I finished the book in a single sitting. —BR

“Albers and Morandi: Never Finished,” at David Zwirner Gallery, Twentieth Street (through April 3): Reviewing Joan Mitchell’s abstract expressionist paintings in 1961, Fairfield Porter wrote that “They are not muddy, which has nothing to do with the presence or absence of browns or grays, but with their being clearly what they are.” For Porter, a sense of muddiness in a painting was the result of colors that were dispensable or equivocal—something akin to ambiguity in grammar, whose opposite is transparency, or clarity. Consider this idea about a color’s muddiness or clarity—the question of it “being clearly what it is”—in relation to two exceedingly serious colorists whose best work often consisted mainly of subtly differentiated browns and grays: Josef Albers and Giorgio Morandi. Albers, the international abstractionist, and Morandi, the locally oriented painter of unassuming still lifes and landscapes from Bologna, Italy, were very different painters, but both probed the perceptual mysteries and ambiguities inherent in even the most determinate color decisions. Now, both artists can be seen in dialogue in a can’t-miss exhibition at David Zwirner Gallery’s Twentieth Street space. —AS

“Quartet for the End of Time” at Wigmore Hall (January 11): Does any work have a more shocking origin story than Olivier Messiaen’s “Quartet for the End of Time?” I think not. Messiaen (1908–92), a Frenchman, composed the quartet in the winter of 1940–41 while a prisoner in a Nazi Stalag camp. The forces: whatever the prisoners could get their hands on or secure from sympathetic guards, which turned out to be a clarinet, violin, cello, and piano, all battered. At its premiere in the pouring rain in front of four hundred prisoners, Messiaen later recalled, “Never was I listened to with such rapt attention and comprehension.” Catch the on-demand video of Kaleidoscope Chamber Collective’s performance of the piece tonight on the Wigmore Hall stage, and be sure to stick around for the glorious finale and that faint note of hope at the end.  —IS

Remembering Roger Scruton (January 12, at 1:30 p.m. ET): The legacy of Roger Scruton is one we must never forget. This Tuesday, starting at 1:30 p.m. Eastern, the Roger Scruton Legacy Foundation will host a two-hour, three-part online symposium marking the one-year anniversary of his death. Robert P. George, Rémi Brague, and Maurice Glasman will discuss “Scruton the Philosopher”; Jessica Douglas-Home and Marion Smith will speak on “Scruton in Eastern Europe”; and Michael Gove will give a keynote address on “Scruton the Man,” followed by an interview with Peter Robinson. Online admission is free with advance registration. —JP

“Why I became a conservative,” by Roger Scruton (February 2003). On the author’s student days in Paris.

“Roger Kimball introduces the January issue.” A new podcast from the Editor and Publisher of The New Criterion.

“Shifting sands,” by Clayton Trutor. A review of A World Beneath the Sands: Adventurers and Archaeologists in the Golden Age of Egyptology, by Toby Wilkinson.