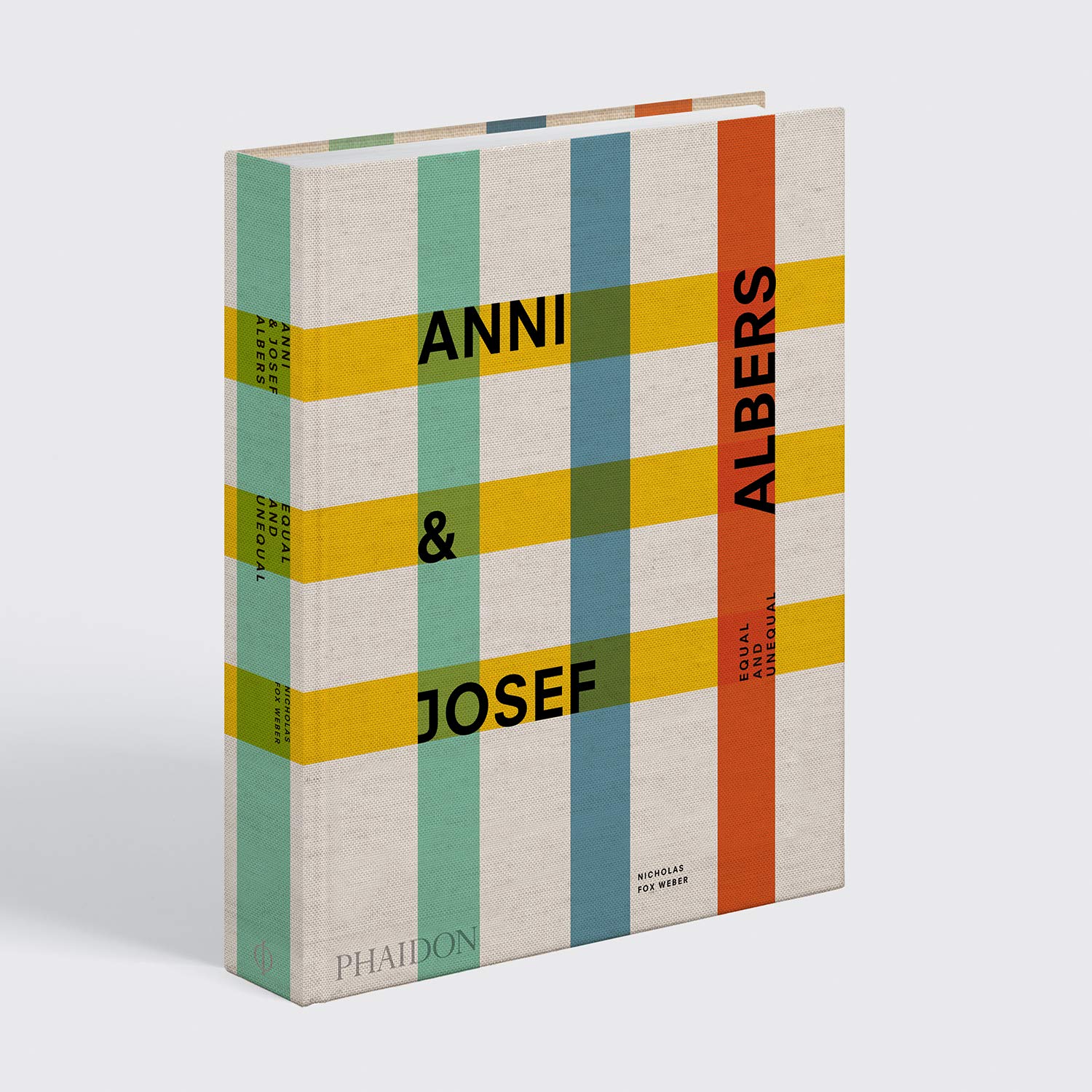 Anni and Josef Albers: Equal and Unequal, by Nicholas Fox Weber (Phaidon): Think of the great German-American abstract artists Josef and Anni Albers, and an aesthetic of purity often comes first to mind. When we encounter their work in museums, we tend to see only those geometric examples most indicative o­­f their Bauhaus training—Josef’s chaste Homage to the Square series of panel paintings, for instance, or Anni’s powerfully patterned textiles. Of course, both artists conducted creative lives that were far more complex than these ostensibly clear-cut pieces might suggest. For this reason we might hail the arrival of a new book on the pair by Nicholas Fox Weber—the longtime director of the Josef and Anni Albers Foundation who grew close to both artists towards the ends of their lives—which presents these “equal and unequal” minds in full. Sumptuously illustrated by reproductions of artworks as well as documentary photographs, the wonderfully in-depth volume gives straightforward biographical information, and also investigates such intriguing byways as the Alberses’ relationships with various artists and architects (Paul Klee, Marcel Breuer, Merce Cunningham, Buckminster Fuller, Jacob Lawrence, etc.), their wide-ranging interests and influences (Giotto, pre-Columbian sculpture, mathematical systems, classical music), and much, much more. —AS

“Ronnie Landfield: Concurrence,” at Findlay Galleries, New York: These days we could all use more lyrical abstraction. Since the 1960s, Ronnie Landfield has painted a symphony of color and light in aqueous acrylics. Now at Findlay Galleries, New York, “Ronnie Landfield: Concurrence” presents a selection of these bright canvases with straight solid colors cutting across their watery edges. Suggesting a horizon or frame, these forms further Landfield’s musical meditations on figure and ground through compositions that resonate between surface and depth. —JP

“Elgar’s Enigma” and Britten’s Four Sea Interludes, by the Bournemouth Symphony Orchestra (streaming through December 25): After a blustery, dramatic approach across New York’s East River—“Hell Gate,” as this dire strait was once called by the Dutch—down to LaGuardia Airport this morning, I had the sea on my mind as I listened to this performance of Four Sea Interludes from Benjamin Britten’s fittingly stormy opera Peter Grimes (1945). Before diving into the whole opera—the tale of a Suffolk fisherman’s attempt to clear his name after a tragic boating accident—perhaps dip your toes into this suite of excerpts, performed here by the Bournemouth Symphony Orchestra (a seaside orchestra, I should add) with David Hill at the baton. Stick around for performances of Fauré’s Elegie and Elgar’s indubitable Enigma Variations as well. —IS 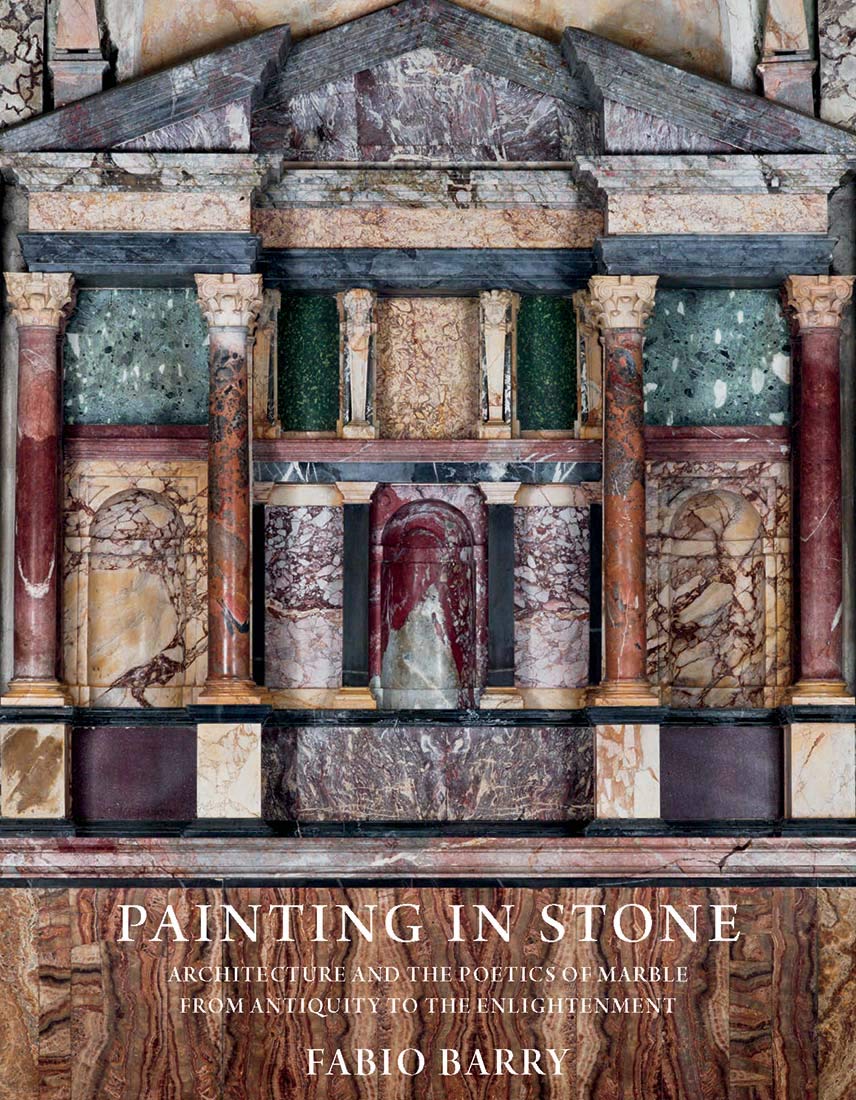 Painting in Stone: Architecture and the Poetics of Marble from Antiquity to the Enlightenment, by Fabio Barry (Yale University Press): I’m not quite sure about the “poetics” of marble in the subtitle of Fabio Barry’s handsome new tome, Painting in Stone, out from Yale University Press. All the same, the book is a welcome addition to the study of a material that continues to captivate. Spanning thousands of years and multiple regions, the book serves as a “biography of a material, written from the viewpoint of a medium, as a model for the history of the imagination.” Ambitious stuff, but Barry, a professor of art history at Stanford, is well equipped to handle the mass of information presented here, and the prose is not without style (rather welcome in this sort of book); consider, in between dazzling photographic reproductions of polychrome stone, “Hagia Sophia was conceived as a concrescence of light.”  —BR

“The end of world music,” by Timothy Jacobson. On whether global is better.