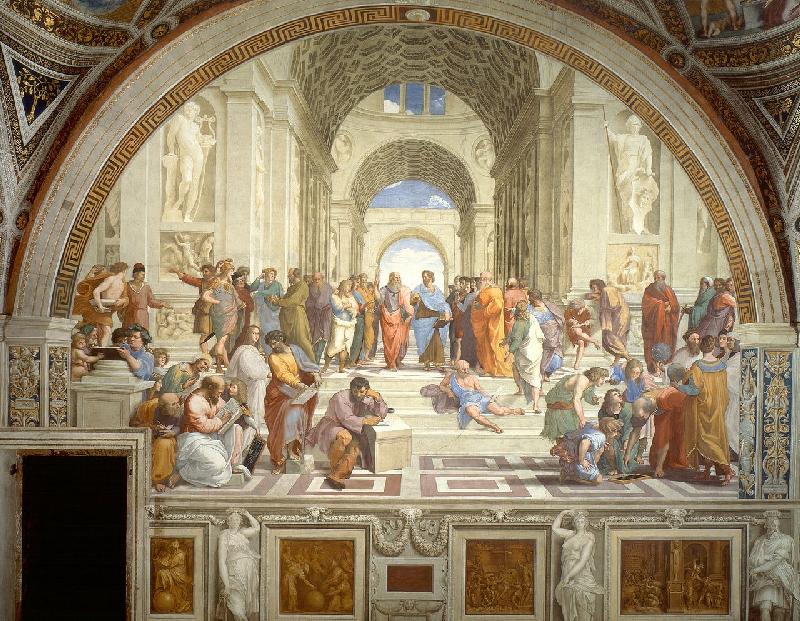 Whatever happened to all these guys?

Perhaps the only thing louder than the recent protests on college campuses is the chorus of conservatives lamenting the state of higher education.

In recent weeks commentators have erupted with scathing, often brilliant, critiques of the suffocating culture on college campuses, of their craven, uninspired administrators and politically homogeneous professoriate, and of the cry-bully tactics of student protesters.

Conservatives are not wrong to criticize. The dogmas of the group-think orthodoxy that ironically passes for “critical thinking” on most campuses are tiresomely predictable: free markets are inherently evil; the wealthy are greedy; the history of the West is one of oppression, principally by men, who are therefore to be treated as morally subordinate; there is nonetheless no difference between the sexes, and indeed, human beings have no nature at all; religion is a regressive force; Christianity and Judaism in particular are agents of intolerance; average Americans—and especially those who live in flyover country or in the South—are simpletons incapable of making decisions for themselves; reason is a hoax, and thus there is no truth but only power, and no reality but the one we construct; and accordingly the federal government is the sole hope for remedying the many evils that free markets, men, religion, and Western institutions generally have inexorably and systematically brought forth.

It’s easy to complain about institutions of higher education, and not only about their mind-numbing platitudes. There is also their oppression of free speech; their escalating costs; their infantilization of students; and their unconscionable disdain for the books and ideas that gave rise to and define our civilization.

But why, when it comes to higher education, do conservatives abandon their confidence in free markets and the creative destruction of competition? Why do they concede the battle and retreat to the impotent space of complaint?

Imagine a group of entrepreneurs sitting around complaining about rotary phones, or rear-wheel drive automobiles, or fax machines, or cable TV; imagine them lamenting these products, wringing their hands, wishing, just wishing the powers-that-be would do something about them; imagine these hand-wringers continuing to purchase and thus perpetuate these goods or services, all the while writing countless critiques of them, their manufacturers and regulators—but doing, actually doing, nothing at all.

Entrepreneurs don’t merely complain or criticize: they act, and they act by introducing superior products that unseat the lazy establishment.

Students aren’t the fundamental problem. It is true that student protestors are unable to diagnose the ills of the academy or to prescribe appropriate solutions, but they are not mistaken to believe that something is profoundly wrong. They are quite right to think they’ve been betrayed by administrators, residence-life operators, regulators, professors, and trustees, each with their own brand of cynicism, coercion, and irresponsibility. But most students, no matter how misguided they may be, hunger for that deep realization of the self that a transformative education uniquely provides, and they are right to be angry at an educational establishment that no longer has the clarity of vision or strength of will to perform its essential tasks.

The problem is not an absence of many good and dedicated individuals in institutions of higher education, but rather a dominant institutional culture that no longer believes in higher education at all. Higher education is premised on the notion that human beings have souls, souls that by their own nature desire beauty, truth, and freedom; souls that are made in the image of these eternal things and long for them as though for a return to a homeland.

This relation of the individual with eternal truth, this ennobling communion of gods and men, has been the essence of Western culture from its origins in ancient Greece. It underlies the relationship between Athena and Odysseus; the meditation on virtue in Plato; the individual subjectivity at the heart of Augustine’s Confessions; the Psalms of David; the New Testament; the irresistible theological poetry of Dante; the scientific method; and the human dignity and liberty that ought to define America and other modern democracies.

But that human self-consciousness cannot be left to chance: the independence of the human mind needs awakening, training, and discipline. But above all it needs time to feed, in leisure and humility, on the harvest of our own history, with all its joy and sorrow, with all its crippling evils and glorious achievements.

Students cannot possibly be expected to know what their education ought to consist of, but their hunger needs to be filled. And it cannot be filled except by treating them as adults who can confront the failings of the past and also of the present; as intelligent individuals who can recognize the beauty in a sonnet, a Gothic cathedral, or in the ideals of virtue, and of liberty and justice for all.

Our young people, and with them the future of our culture and civilization, have been betrayed by our colleges and universities; and indeed, by us all. What we must do is what we would do with any other bloated, unaccountable, failing industry: begin again. We can and must found new and superior institutions of higher education—not conservative colleges, or liberal colleges, but colleges that confound these passing partisan labels by utter and fearless devotion to truth; where the best that has been thought and said can be engaged with absolute freedom of thought, rational deliberation, and dialogue; places where the intellectual life is pursued with unbridled joy; where friendships of the highest kind can be born and nurtured; and where collegial life takes on historic rhythms of contemplation, conversation, and communal life.

It’s not too late, but it soon will be. Let’s begin again.

Stephen Blackwood is the president of Ralston College, a planned liberal arts college in Savannah, Georgia, and the author of The Consolation of Boethius as Poetic Liturgy (Oxford, 2015).