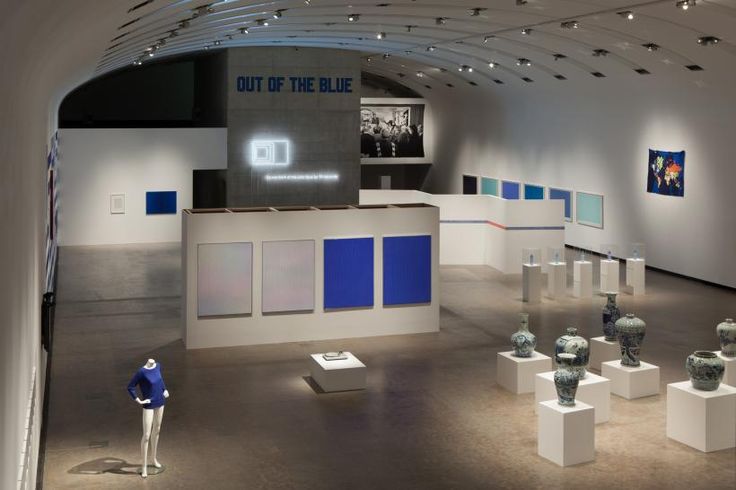 It's a risky business to stage an exhibition dedicated to the concept of color. It would seem simple: presumably, colors are little more than the range of frequency at which we see light. But individual colors, and whole movements dedicated to their permutations, have occupied the interiors of institutions for the better half of the past sixty years. In Blue Times, at the Kunsthalle Wien in Vienna, Austria, the color blue is the primary topic of discussion: as a mood, a pigment, a status symbol, and even a sentient being.

Though the works exhibited spanned a range of periods and disciplines, two individual pieces stood out. The first and inarguably most powerful work is Derek Jarman's Blue (1993), his last film before succumbing to AIDS in 1994. It is a defiant gesture, a 75-minute cinematic masterpiece with nothing visible onscreen except a dense field of blue. Ambient sounds and soundtracks (including contributions from Erik Satie, Brian Eno, Tilda Swinton, and Nigel Terry) are interwoven with a tragic narrative told by Jarman himself: of the onset of AIDS, the gradual disappearance of his friends due to the virus, the panic of isolation, and the beautiful dreams of inner peace that would never be realized.

The second piece, Jonathan Monk's The World in Workwear (2011) is a collection of fabrics worn by the global workforce. The color blue is present both in the pre-fabricated uniforms of the working class and in the myriad high-fashion items produced by developing economies, mainly in Southeast Asia and India. Blue, for Monk, represents uniformity and compliance; it is the color of labor and anonymity for millions around the world. Walking past vitrines containing blue squares of fabric marked by their country of origin, it is nearly impossible not to feel saddened ("blue," in this case) by the staggering level of invisibility that the color imposes on those whose work invariably supports only a minute fraction of the socio-economic elite.

Artist Yves Klein's patented shade “International Klein Blue” was an inevitable presence. His small, simmering canvas coated in the customized pigment (Monochrome Bleu, 1961) is set against Renovation Filter Lobby (2000) an intense maze of blue, Greco-style lines laid out in vinyl against a white wall, a map created by conceptual artist Liam Gillick. The piece’s sense of grandeur is given a jab of underhanded humor by its juxtaposition with Walter Swennen's Super blaue Reiter (1998), a play on Der Blaue Reiter, the avant-garde movement begun by Wassily Kandinsky and Franz Marc. 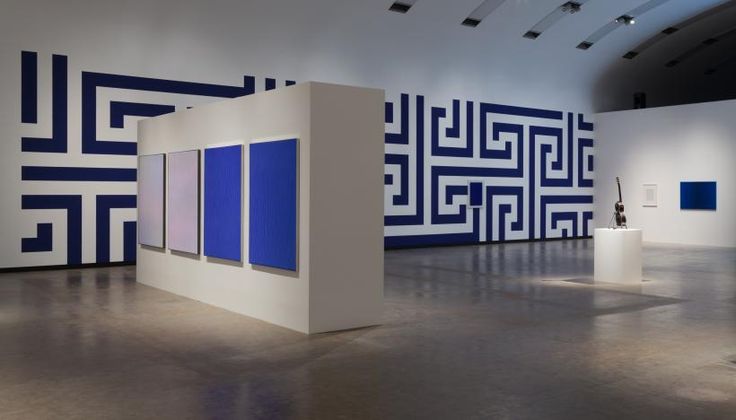 Realized in the form of a triumphant rider in blue garb, the piece feels like a teenager's ultra-machismo rock n' roll poster compared to the intensity of Gillick’s piece. This vignette is one of the show's most successful elements. A mashup of historical gravitas (Klein) and modern irreverence (Gillick and Swennen), the wall sprawls out over sixty-five feet, an immersive trifecta that calls on the color blue's associative qualities of aristocracy, power, and strength.

Other segments of the exhibition were less effective at supporting the show's purported curatorial aim, "to chart an associative social history of the color blue that not only focuses on its psychological, metaphorical and associative power, but also on its instrumentalization for ideological, political, and economic purposes." Gitarre (2014), by Berlin-based artist duo Prinz Gholam, is an acoustic guitar mounted on a plinth. Inside the instrument, a video can be seen of two men (presumably the artists) in repose: one strums a guitar, the other moves in deliberate gestures vacillating between affectionate and erotic. There may be a far-flung association with "playing the blues" or having the guitar act as a combatant to "the blues," but it is extremely difficult to extract it in this guise. The music possesses no connection to American jazz, the actions of the two men do not appear particularly melancholy, nor does the color appear prominently in the film or its protective guitar shell. 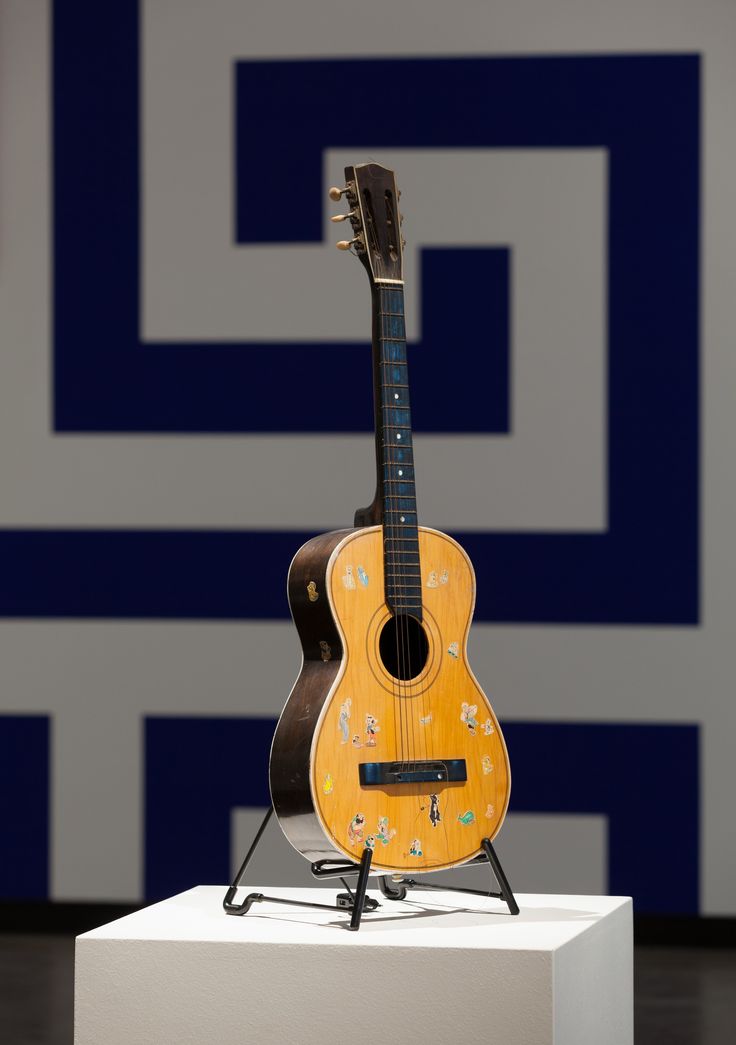 Another artist duo, De Rijke / De Rooij, presents a series of eighty-one monochrome slides, collectively entitled Orange (2004). The title represents the spectral opposite of blue, and the piece’s presence in the museum space takes the form of single-color slides projected in succession against a white wall, with texts appearing periodically. Only a viewer familiar with color theory would immediately pick up on the opposing quality of orange to blue, and the texts (referencing the wall texts scripted for use in institutional and commercial visual art spaces) would be of no help to those searching for even a hint of the color they came to see. While institutional critique and text-based artwork often valuable, this work is the odd square peg in the proverbial round hole. Intellectual exercises in color association are entirely permissible and, in this exhibition, could be wholly commendable, but when the exercises surpass the reach of a public audience (even one, in Vienna, that is considerably better informed on matters of arts and philosophy than many of its European or American counterparts), they contribute little more than academic posturing.

Still, Blue Times is a challenging and enjoyable experience. The exhibition is laden with treasures and objects that recall the color blue for all of its history, its quirkiness, and its enduring power to jump-start the imagination.