Lee on the windward by Jeremy Black

His statue, removed from a public park in Charlottesville in July 2021, was donated that December, by the City Council, to the Jefferson School African American Heritage Center. The latter plans to “transform a national symbol of white supremacy into a new work of art that will reflect racial justice and inclusion.” Be careful for what you wish. Some decades hence, statues of carnivores such as King and Clinton may fall to the wrath of the herbivores.

In the meantime, Robert E. Lee is one of so many swept from the complexity of life into the clarity of caricature. That makes any prospective biographer brave as well as vulnerable, liable to provoke the ire of others searching for flaws.

Fortunately, in Robert E. Lee: A Life, Allen C. Guelzo, an experienced biographer and historian, whose well-chosen subjects have included Abraham Lincoln, proves adept at locating key elements of Lee’s personality and charting their shifts, including Lee’s sense of unfulfillment in the 1850s. The secessionist crisis found him at first incredulous, then apprehensive, and then an equivocator. Lee is viewed, in the popular conception, as having publicly turned his back on his service, his flag, and his country, but that might imply a degree of clarity that does not really capture the uncertainties of 1861. In turn, Lee was to be a figure around whom the Confederates could rally, and this was important in helping to create a Confederate “nation” from people who stood for states’ rights.

The secessionist crisis found him at first incredulous, then apprehensive, and then an equivocator.

Guelzo provides a succinct and safe handling of the war years, not least in finding a weakness for repetition in Lee as a tactical commander. At the strategic level, Lee understood that Confederate public opinion had a preference for taking the initiative, not for responding to Northern moves, so the Grays sought offensive victories. He also was aware that control of Virginia was politically crucial. He fostered a strategy designed to hit Northern popular will. In 1862, his generalship brought a reversal in the flow of the war. Moreover, the serious supply problems in the Confederacy encouraged Lee to march into the North in 1862 and 1863 to gain food, shoes, and other supplies. His attacks led to a caution, even a lack of confidence, on the part of many Union commanders, while underlining the risk that a lengthy war would encourage enough war-weariness in the North to lead to a change in Union leadership and policy. Lincoln, for his part, was concerned about the 1864 presidential election.

Lee also played a key role at the close of the war. In July 1864, Jefferson Davis had responded to the terms offered in Lincoln’s amnesty proclamation of December 1863 by declaring, “We are fighting for Independence—and that, or extermination, we will have. We will govern ourselves . . . if we have to see every Southern plantation sacked, and every Southern city in flames.” After the fall of Richmond, Davis issued another proclamation calling for “unquenchable resolve.” Lee and his fellow generals, however, many influenced by Lee’s surrender, ignored Davis’s call. A policy of guerrilla warfare was antithetical to their understanding of military and social order and unacceptable under both heads.

Guelzo then returns Lee to different forms of politics, first his role during Reconstruction, notably as the president of Washington College, and then the politicized accounts of Lee in retrospect. Guelzo sees both glory and crime in Lee’s behavior, the latter treason, and he drives home the charge. Possibly American federalism was less set in 1861 than this implies. Guelzo’s comments on treason look far less appropriate from the perspective of the events of 1775 and 1776, and this comparison was certainly one made by commentators at the time of the new civil war. One does not have to be a cynic to ask how far judgments would be different in each case had success been otherwise. This is obviously true if the most talented commanders of the American Revolution are assessed, notably Benedict Arnold and Charles Lee, as well as George Washington. This point raises comparable ones about assessment of the Civil War. So it is more generally when factors are taken for granted and treated outside any political context.

Moreover, an American republic that looked back to federal European republics of the eighteenth century, more particularly the United Provinces (Netherlands) and Swiss Confederation, had a very different political practice and culture, as well as constitution, from that represented by the unitary republicanism of revolutionary France. The American version rested on consent, a consent that extended to the federal principle. This was not a matter of “states’ rights” as opposed to the nation, for the latter, in part, rested on a union of these states—a free union.

Guelzo can be very firm. Of Lee becoming Virginia’s commander, he writes: “After secession—after Virginia had attempted to rend the legal bonds that attached the Old Dominion to the constitutional Union and was prepared to use force to make that rending permanent—this would be treason.”

It is possible that this approach is not completely helpful. As Guelzo points out, Winfield Scott, another Virginian, had rejected an earlier entreaty to lead the Virginia forces. Maybe the biographer should evaluate the potential consequences of all the options available to Lee. He notes the response of Major Alfred Mordecai, a North Carolinian Whig who resigned his commission when he was refused assignment out of the way of war, and then became a railroad engineer in Mexico. Civil wars are precisely that: they divide, and in those divisions are found many responses and rarely one focus of unsullied virtue.

Lee after the war became increasingly bitter at the direction of Reconstruction. Guelzo writes well about how his pre-war Whiggism was being reshaped, but more could have been admitted in this account of the problems of Reconstruction. It did rest, as Lee observed, on force, and his concern about the potential of a republican centralization was one shared by conservatives elsewhere worried about the expropriatory potential of democracy. Guelzo is certainly clear in his views, referring to “the chorus of Lee hallelujahs” after his death. They were scarcely surprising, then as now, and the tone in this book is certainly not that of a biographer in thrall to his subject.

Lee after the war became increasingly bitter at the direction of Reconstruction.

This fully researched, ably constructed, and well-written study deserves much attention, not only for the light it sheds on a crucial period in American history, but also as a gem of a biography. It further raises the question of how viably American history can be written at present. For many, the “original sin” of slavery overshadows all, but that unrealistic and reductionist approach can lead to a failure to understand the range of narratives that comprise American history. Any account that treats the South as a pathology cannot take us very far. Guelzo is able to avoid modern ahistoricism, but his thoughtful and stylish work may deserve supplementing by another that is more understanding of the Confederates.

Jeremy Black is the author of The Geographies of War (Pen and Sword Military). 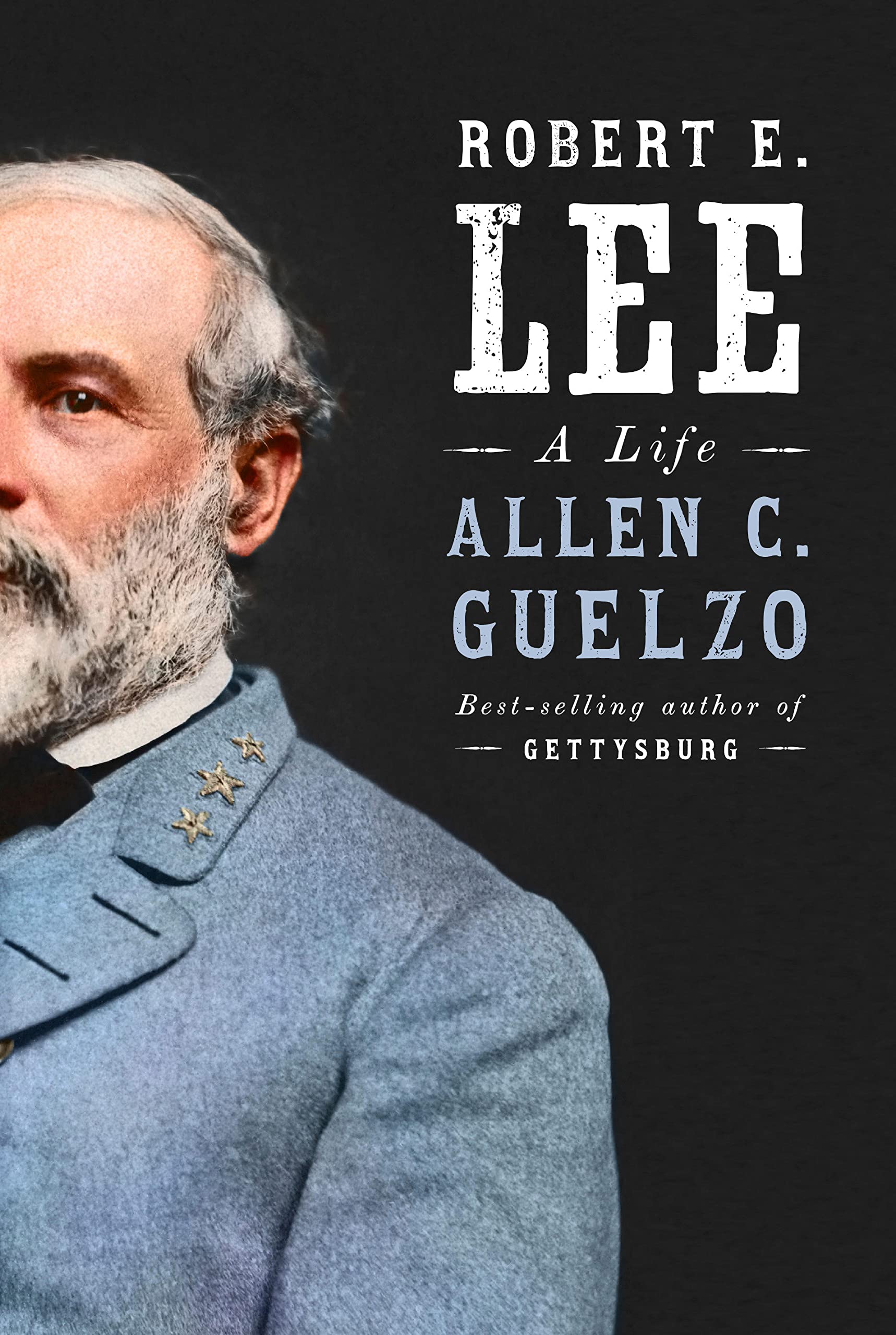 Lee on the windward by Jeremy Black