Amid all the focus on sugar and slavery, it is worth noting that the modern society of the nineteenth century and the imperial might of Britain rested, in fact, on coal—or “antediluvian forest,” as Dickens, indicating his knowledge, pointed out. The dramatic onset of the Age of Steam was displayed to everybody by the railway, and to England first in the world. The horse ceased to define the possibilities of land travel. Unprecedented speeds of travel became possible, and then commonplace. The new sounds and sights contributed to a powerful sense of change, which was overwhelmingly seen by commentators as progress. The St James’s Chronicle of March 30, 1847, was far from alone in considering the impact of rail travel on the human body, as it was widely believed that it brought on labor for pregnant women.

Urban street patterns centered on the new railway stations, the subjects of Christian Wolmar’s excellent new book, Cathedrals of Steam. The major ones, such as Isambard Kingdom Brunel’s Paddington and Gilbert Scott and W. H. Barlow’s St Pancras, were designed as masterpieces of iron and glass, in effect more lasting versions of the Crystal Palace built for the Great Exhibition in 1851. The stations each also had large railway hotels, such as the Great Western Royal Hotel at Paddington, opened in 1854. In a piece of 1860 decrying “Refreshments for Travellers,” Dickens had an interesting reflection on the new impersonality of society with reference to:

the great station hotel . . . . Where we have no individuality . . . . We can get on very well indeed at such a place, but still not perfectly well; and this may be, because the place is largely wholesale, and there is a lingering personal retail interest within us that asks to be satisfied.

William Powell Frith’s painting The Railway Staton (1862) exemplifies how, as new public spaces where different occupations and classes jostled each other, stations fascinated many painters. In the work, the Victorian family and the arm of the law are both in evidence.

Printed in a generous type and taking forward the author’s already extensive corpus on British railway history, Wolmar’s book briskly moves us from origins to present. The format could readily serve as a template for a work on other railway capitals outside of London. In a skillful fusion of practicalities and aesthetics, the author captures the essence of our experience of grand stations and also reminds us to look when we pass through or, more commonly, linger impatiently while we wait for our train’s platform to be called.

There is a heroic tone to the account of the building of the early stations, but Wolmar also recognizes those processes as a matter of shifts and expedients, such as in the description of the struggles that led to the building of London Bridge station, including weekend battles between English and Irish navvies (builders). Indeed, there was massive demolition involved during the construction of London’s stations, culminating with Marylebone, the last of the termini, which led to the destruction of Blandford Square. Although London was the key center of England’s rail network, it suffered, like Paris, from the lack of through-routes or a central station. This lack can be seen as a failure of planning akin to that after the opportunity presented by the Great Fire of 1666, but the disruption such a process of construction would have caused would have been massive. It was not too difficult for the authorities if slums were to be destroyed, as with Agar Town, which was demolished in the 1860s to make way for St Pancras. But there was less leeway elsewhere.

Returning to London Bridge, as few wish to do, the early station was rather limited, in part because so much energy was devoted to raising funds for the line itself. Station buildings, shelter for the passengers, and easy access came later.

There were also misadventures in some early stations. Bricklayers Arms, opened in 1844, was inconveniently sited in southeast London and in 1852 partially collapsed when a train derailed, smashing into a column supporting the roof. It became a busy goods depot, lasting in that role until 1981.

As with tube stations, such as Aldwych, it is the erstwhile termini that did not last that are of greatest interest. Opened in 1858, Pimlico was a temporary wooden structure that was made redundant by the building of the more central Victoria. The Victoria Railway Bridge, the first dedicated railway bridge across the Thames, made that station possible, and Pimlico closed in 1860. Similarly, Spa Road was made redundant by London Bridge, Maiden Lane by King’s Cross, and Minories by Fenchurch Street, although a local surgeon in 1849 warned that pedestrians approaching the latter were “annoyed by urinary and excrementitious [sic] deposits.” Replaced by Liverpool Street in 1875, Bishopsgate became a very busy goods yard.

This process continued into the twentieth century. Ludgate Hill, a terminus built in 1865 for trains crossing Blackfriars Bridge, rapidly became a through station, and many trains terminated instead at Holborn Viaduct station. In turn, the latter closed in 1990 and was replaced by a through station, City Thameslink. Broad Street was closed and destroyed in 1986 as part of the development of the new Liverpool Street station, with much of Broad Street becoming the very ugly Broadgate Centre development. In 2009, Thameslink branch services were withdrawn from Moorgate.

Closures have left twelve termini in use, which, in order of passenger numbers in the year ending March 31, 2020, are Waterloo (with 87 million), Victoria (75), Liverpool Street (66), London Bridge (63), Paddington (45), Euston (45), St Pancras (36), King’s Cross (33), Charing Cross (29), Cannon Street (19), Fenchurch Street (18), and Marylebone (16). A new age of international rail travel from Britain appeared secure when the Channel Tunnel was opened for trains in 1992. The Eurostar terminal completed at Waterloo as the British terminus in 1994 was replaced and mothballed, much to the benefit, from 2007 on, of its successor terminal, St Pancras, which represents a glitzy cross between freshened-up Victorian engineering and modern consumerism.

The future of the termini looked promising prior to covid, with redevelopment scheduled for the ugliest, Euston, and the prospect of rising passenger numbers, not least due to the Crossrail and HS2 projects. Whether passenger revenues, and the office rents so important to redevelopment projects, will recover is far from clear. There is a strong attachment to rail in Britain, but also a developing fiscal crisis. Yet, paradoxically, the chance of a new system with a small number of central stations, on the model of Berlin with its one, appears, as a result, less likely. Opened between 1836 (London Bridge) and 1899 (Marylebone), the twelve termini may then remain as a legacy, like so much else in “modern Britain,” of Victoriana.

Jeremy Black’s books include England in the Age of Austen (Indiana University Press) and Metropolis: Mapping the City (Conway). 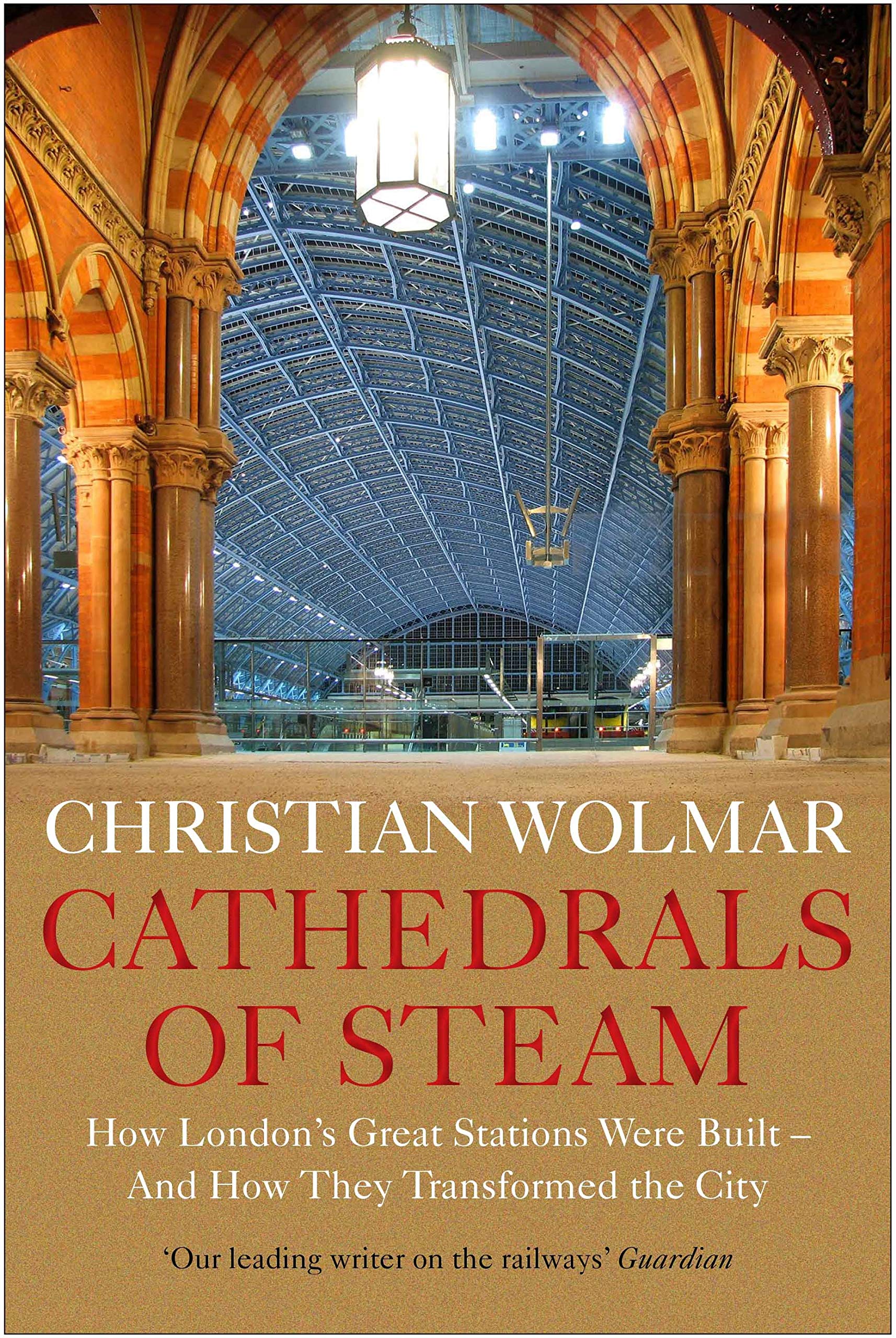 I Defounding America by Myron Magnet

II Saying no to life by Nikolai Tolstoy

V The ideal of a gentleman by John Kekes

All over the maps

Same as it ever was