It was the 1980s in Paris and the market for Impressionist art was booming. On the rue La Boétie, a group of art elites had an elaborate dinner: following champagne, the guests dined below masterpieces by Monet, Degas, and Renoir. Digestifs were taken in a room filled with works by Matisse, Picasso, and Modigliani. The exquisite event was organized by the Wildenstein family, American and French art dealers of Jewish heritage who then owned ten van Goghs, twenty Renoirs, and twenty-five Courbets. Curiously, among the guests was Bruno Lohse, whom the Wildensteins knew as Hermann Göring’s protégé and his most prominent art looter in Paris during World War II. Lohse, by then in his seventies, had procured over seven hundred artworks for Göring.

The Wildenstein family were victims of Nazi plundering in Paris. Were they now engaging in business with a Nazi party member for financial gain? Was this instead a partnership of Realpolitik, an acknowledgment that a man who helped loot European masterpieces was in the best position to recover them? Was it both?

Anchoring Jonathan Petropoulos’s latest book, Göring’s Man in Paris, are interviews with Bruno Lohse conducted from 1998 until the looter’s death in 2007. Lohse was born in 1911 to a father who came to despise the Nazis. In 1941, at twenty-five, Lohse joined the Einsatzstab Reichsleiter Rosenberg (err), the Nazi organization responsible for looting artworks that the Reich considered worthy of advancing the “Aryan race.” Petropoulos argues that Lohse “realized early on that Göring valued” a “brash, irreverent figure as an art adviser,” and Lohse saw Göring as the Fatherland-loving father he never had. For the next three years, Lohse worked in Paris at the Jeu de Paume under Göring’s direct orders, looting for Göring’s personal collection. The roughly thirty-six pages chronicling Lohse’s time in Paris will undoubtedly prove an invaluable resource for specialized academics who hunt down looted art for a living, though the book’s appeal to general readers may be more limited.

Despite dubbing himself “the King of Paris” during the occupation, Lohse abdicated his throne and fled to a convent-cum-nursing home near Neuschwanstein, in Bavaria, in the spring of 1945. American Monuments Men quickly captured and, in many cases, befriended him.

Petropoulos’s book blurs the boundaries between research and reporting. This is the professor’s first foray into investigative journalism, a particularly ambitious endeavor that most tenured professors do not undertake, one that requires doling out considerable legal fees; in Germany and France, unlike in the United States, authors can be sued for libeling the dead by the deceased party’s descendants.

The Monuments Men transferred Lohse to the French authorities, who tried and acquitted him in August 1950. Despite testimony from Rose Valland, a French art historian and member of the Resistance, notes Petropoulos, “a quiet tolerance for those who had collaborated had begun to set in.”

Lohse moved to Munich and entered what the author dubs “the amnesia years,” when Jews and Gentiles in Western Europe and America set aside wartime atrocities to rebuild a shattered art market. Petropoulos’s frankness in addressing this topic, the third rail of the modern art world, should be commended, and he chooses to focus on the related issues of money, the Holocaust, and the art market in the final third of his book.

“A quiet tolerance for those who had collaborated had begun to set in.”

So notorious was Lohse in 1950 that the U.S. Department of Justice monitored him on their watch list of former SS members, and the State Department banned him from entering America until the mid-1950s. Yet he frequently corresponded and enjoyed a close relationship with Theodore Rousseau, the chief curator of the Metropolitan Museum of Art, who often advised Lohse on the value of works that had been in the Nazis’ collection. The two vacationed together in Europe and, when in Manhattan, Lohse dined with Rousseau and his mistress, Madame Berthe David-Weill, whose family collection Lohse had helped to plunder in France. The author admits that the epistolary exchange was professionally warranted; Rousseau desired information on what potential works, looted or otherwise, were in Lohse’s possession, and the Met never purchased pieces from Lohse—as far as we know. As Petropoulos points out, however, the Met’s caginess at releasing records on the correspondence between Lohse and Rousseau, including the institution’s elusive commentary on their luxurious lunches with friends, raises red flags. Why are the Rousseau files in the Met sealed until 2054 and 2058, a century after the partnership between the two men?

Much of the latter half of the book focuses engagingly on the whereabouts of Camille Pissarro’s Le Quai Malaquais et l’Institut, well known as the “Fischer Pissarro.” Painted in 1903, just before the artist’s death, the work is one of the Jewish French artist’s most iconic, not only due to its gorgeous portrayal of Parisian landmarks, but also because the circumstances surrounding its creation are so loaded with modern Jewish history: as Pissarro painted it, the Dreyfus Affair was ongoing, and Pissarro feared going out in public due to what he perceived as his stereotypically Jewish nose. He holed up in a hotel to create this and several other works. Purchased by the Jewish German publisher Samuel Fischer, who published Sigmund Freud and Thomas Mann, the work disappeared after the Nazis confiscated and auctioned it in Vienna on May 21, 1940. Some sixty years later, Fischer’s granddaughter Gisela asked Petropoulos to help her find the work; with Lohse nearing death, the author asked Lohse’s assistant, Peter Griebert, not only for information, but also for advice. Griebert deceived him. During an elaborate journey through Germany, Switzerland, and Liechtenstein, Petropoulos doggedly pursued the Pissarro on behalf of the Fischer family to a mysterious Liechtenstein-based foundation, only to find that the foundation was controlled by Lohse, not a mysterious Swiss man, as Griebert had led Petropoulos to believe. Lohse subsequently returned the painting to the Fischer heirs—after it had been located in a Swiss vault in the year of Lohse’s death—who sold it at Christie’s for $2.15 million, to a Jewish British art dealer.

If this deception of Petropoulos by Lohse sounds both simultaneously convoluted and profoundly obvious in hindsight, that is because it is. This chapter is the true gem of the book; it speaks to the pitfalls of developing long-term sources and the inherent trouble in reporting on others’ assertions, some of which may be legally actionable. Petropoulos, as neither a journalist nor a lawyer, is so honest and thorough in recounting the Pissarro fiasco as to cause professional journalists to mutter, “How could you be so dumb as to tell the public the truth?” Would that professional journalists were this forthright regarding their shortcomings—or that their editors and lawyers would allow them to be so.

Closing out the book, Petropoulos returns to the Wildenstein family, whose soirée with Lohse he depicted at the book’s beginning. The Wildensteins shared a lawyer with Lohse, the Zürich-based Frédéric Schöni. Despite knowing that Lohse had assisted the Nazis in looting the Wildenstein holdings in Europe, the family engaged in deals with the Nazi after the war, deals which, the author intimates, affect the elite art world today.

Lohse died in 2007. Forty-seven works in his Munich apartment and his Swiss vault were sold to benefit an anonymous “community of heirs,” as the author notes, listing them as part of the war’s cultural casualties.

Petropoulos touches on many thorny issues in Holocaust research. The art market today runs to billions of dollars and is mostly unregulated. Is it ethical to consult Nazis, or former Nazis, in valuing art to rebuild the very market they destroyed? Petropoulos admits that money is not the only organ in the body of the art world, but it is the most vital one. As he notes, everyone in this fight—the dealers, the professors, the curators, the politicians—knows the same dark phrase, oft-whispered from New York to Munich to Zürich: “There’s no business like Shoah Business.” 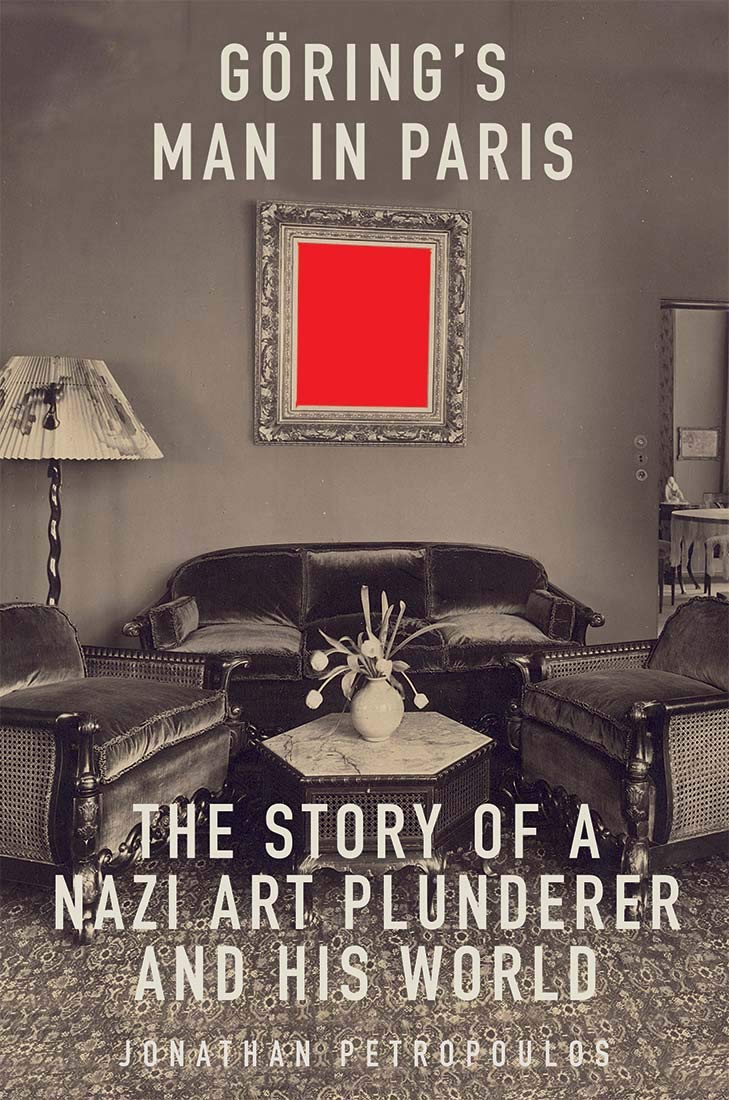