Besmirching a tradition by John Kekes

Edmund Fawcett’s new book, Conservatism: The Fight for a Tradition, is a history of the conservative approach to politics in America, England, France, and Germany from the eighteenth century to the present. It is divided into six parts. The first two are general accounts of conservatism, while the remaining four cover the periods between 1830–80, 1880–1945, 1945–80, and 1980 to the present. The book discusses many conservatives in each of the countries, in each period, and gives an account of the role they played in the political condition of their countries.

Fawcett’s references to others’ accounts of conservatism are extensive and exceptionally helpful for both scholars and general readers. Reading the book makes obvious that the author has consulted a wide range of books, views, and articles in the relevant languages. The accounts themselves, however, are seriously flawed journalistic sketches of particular conservative viewpoints.

One problem is Fawcett’s approach to the subject. He forthrightly acknowledges that he is “a left-wing liberal” and that, although he does “not claim that this history is neutral,” he “trust[s] it is objective.” As to its objectivity, Fawcett begins in the preface by assuming that “conservatism began life as an enemy of liberalism” and that it “endured in modern politics by cooperating with liberalism.” The assumption is that liberalism was in place, and then along came conservatism as a reaction to it. This is nonsense, ignoring that the historical roots of the conservative tradition go back to antiquity, far before the formal rise of liberalism in the seventeenth century.

The assumption is that liberalism was in place, and then along came conservatism as a reaction to it.

It is absurd to claim that the views of conservatives like Aquinas, Hobbes, Madison, Hamilton, John Adams, and Hume, among others, emerged only as a reaction to liberalism. It is similarly absurd to claim, as Fawcett does, that the later conservatives who did react to liberalism—such as James Fitzjames Stephen, Michael Oakeshott, Enoch Powell, and John Finnis in England; the first Roosevelt, H. L. Mencken, William Howard Taft, Barry Goldwater, Russell Kirk, and William F. Buckley Jr. in America; Joseph de Maistre and Charles de Gaulle in France; and Justus Möser, Carl Schmitt, and the formidably learned German conservative historians—“endured in modern politics by cooperating with liberalism.” None of them cooperated with liberalism, and all of them repudiated it.

Surely, a reasonable understanding of a political view is to begin by giving an account of it that its defenders would find acceptable. Instead, Fawcett requires conservatives to explain why they reject liberal views, which he assumes are right. Fawcett’s approach is like giving an account of religious belief as a misguided response to atheism, or of the tragic view of life as a regrettable deviation from optimism. It wrongly assumes that liberalism is the established status quo that requires no justification, whereas conservatism is an unjustified deviation from it.

Fawcett discusses conservative viewpoints but leaves largely unexamined the ideas behind them. There is no discussion of conservatives understanding or misunderstanding their political context. The book is largely a list of views Fawcett attributes to conservatives without reference to the sources, the contexts, and the cultural, economic, international, moral, political, religious, and technological circumstances to which they have reacted.

Fawcett writes that in his book “ ‘the right’ and ‘conservatives’ are used interchangeably.” Yet the left–right distinction is French in origin, certainly not American or English, and it confuses everyone and maligns conservatives who are unjustly lumped together with people like the French fascists and Poujadists; the American Ku Klux Klan; the English fascist Oswald Mosley; or the German post–World War I revanchists. Given Fawcett’s malicious usage, all these political extremists are understood to be conservatives. This is not a verbal quibble. It maligns conservatives by putting them in the same camp with extremists they condemn.

Fawcett’s book covers a great deal of various conservatives in the four countries and various historical periods he discusses. Yet the discussion omits centrally important aspects of conservatism. There is no discussion, for instance, of the often acrimonious political controversies among conservatives about the proper distribution and limits of religious and secular power and authority during the centuries between the birth of Christianity and the beginning of the Enlightenment. Nor does Fawcett mention the conservatism of the natural law tradition that began with Aquinas in Italy, spread to France and to a lesser extent Germany, and from there to England and America. The book says next to nothing about the crucial importance of the Constitution to both conservative and liberal politics in America, nor of the Rechtsstaat in German politics. And, more generally, in the Anglophone world, it fails to take notice of the formative influence of the common law tradition on conservative politics, and the quite different influence of the Roman law tradition on French and German conservatism. Fawcett largely ignores the significant differences between Continental and Anglophone conservatism that are to a great extent the result of different understandings of the rule of law to which they are both committed.

Fawcett takes no notice of how the tradition of political realism—represented, for instance, by Dean Acheson’s foreign policy, the academic works of Hans Morgenthau, and the many books and political stances of Henry Kissinger—have shaped the conservative American response to the Cold War, anti-communism, and foreign policy in general. It does not discuss the formative cultural influence of the Mugwumps in nineteenth-century American politics. The influence of Hobbes and Hume on the philosophical foundations of conservatism is mentioned, but their importance is not discussed. There is nothing about Tocqueville’s The Old Regime and the French Revolution, nor about his significant role in French political life. Clarendon’s lifelong conservatism and pivotal role in the English restoration are ignored. Nor is there a discussion of the largely English conservative historians, like Herbert Butterfield, who were sharply critical of the Whig interpretation of history, of which Fawcett’s book is a poor specimen.

Fawcett writes about the “liberal attachment and conservative hostility to written constitutions,” an absurd formulation in light of the American conservative commitment to the Constitution and of the American liberal tendency to want to “reform” the Constitution by bringing it into harmony with liberal views. Another of Fawcett’s claims is that, “to conservatives, power once ‘established,’ that is, settled and accepted, was just and hence authoritative, although legitimate holders of authority could act unjustly.” Consider such a statement against the conservative New England abolitionists who opposed the established power of Southern slaveholders, the conservatives who fought against the established power of Hitler in Germany, the Cold War anti-communists who opposed Stalin in Russia, Mao in China, Castro in Cuba, and the communist dictators in East and Central Europe.

Early on in the book, Fawcett poses what he imagines are profound questions, to which conservatives supposedly give, at best, feeble answers:

In the modern flux, what value should conservatives keep and pass down? Have conservatives an intellectual orthodoxy of their own or simply a set of anti-liberal criticisms and grievances? Is conservatism a substantive tradition with distinctive values or a stylistic tradition of prudent management? Those questions recur throughout the conservative story. Running through it, also, is an argument over how far to compromise with liberal modernity. That contest gives the story of conservatism vitality and shape.

Allow me to attempt a response to these questions. The aim of conservatism is to protect the political tradition of the society in which conservatives live, provided that the tradition has stood the test of time because it has attracted the voluntary allegiance of its citizens. Central to that tradition is the rule of law that establishes the limits within which individuals in that society can live as they rightly or wrongly suppose they should. The rule of law is needed because human beings are imperfectible; because the political values of liberty, justice, security, private property, and individual responsibility often conflict; and because society, facing internal and external threats, must find ways of coping with perennially changing conditions. These are the challenges to which conservatives must respond. And the vitality and shape of conservatism derive from the need to protect what we have and to cope with adversities that challenge it.

Conservatism thus understood is a constructive approach to politics. It certainly opposes liberalism, but it also opposes socialism, communism, libertarianism, egalitarianism, and religious fundamentalism. Conservatism is not a universal and impersonal theory about how a society should be organized, but a context-dependent, historically informed, and flexible attitude to politics. It does not aim to create Heaven on Earth. It is realistic about human nature. And it values the Western cultural tradition formed by the classic works of literature, history, philosophy, and religion from which individuals may learn to live a meaningful life. These basic conservative commitments are buried under the undocumented lists of supposedly conservative views this book provides.

John Kekes’s most recent books are Wisdom: A Humanistic Conception and Hard Questions, both published by Oxford University Press. 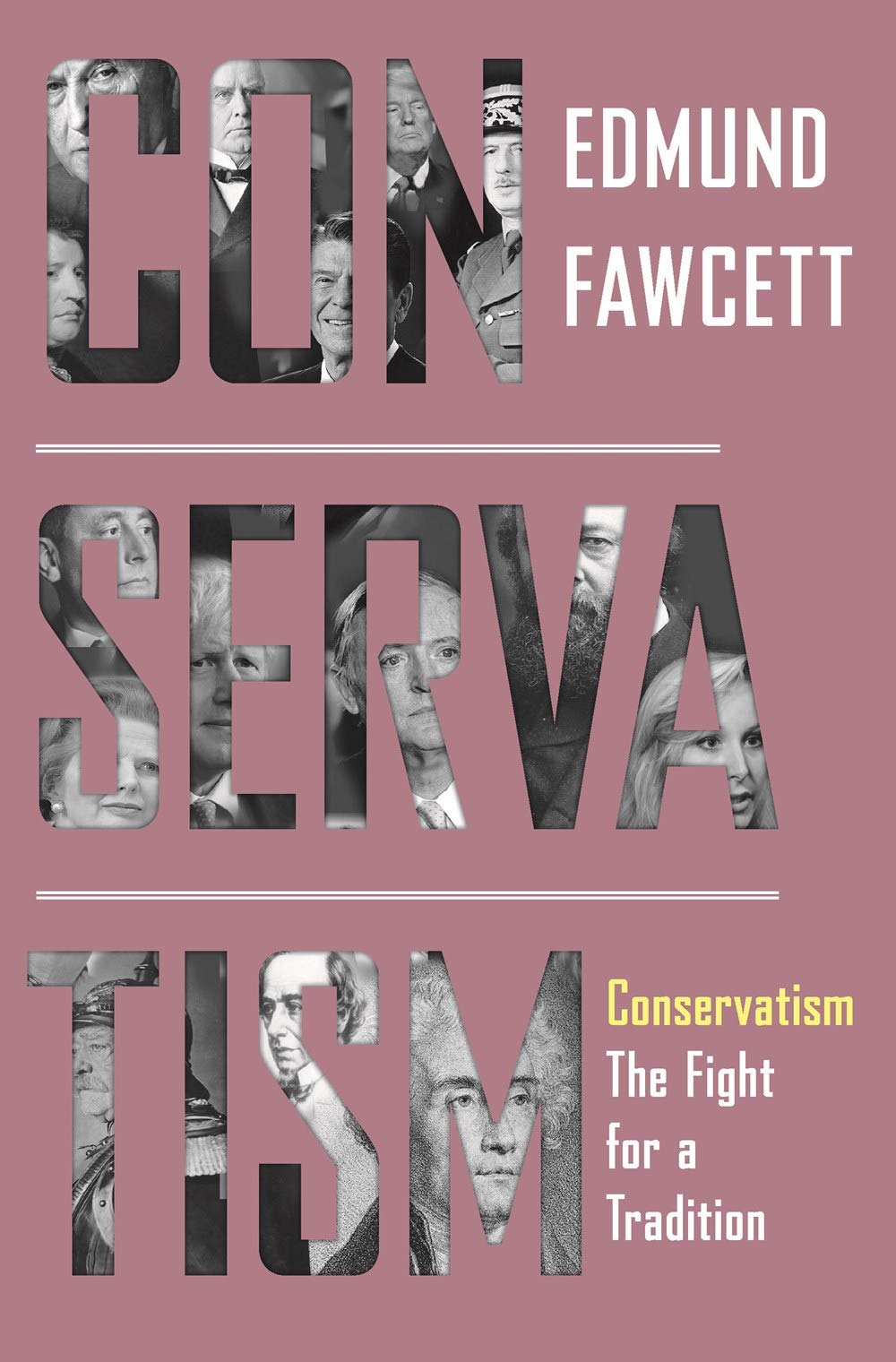 I In the kitchen of art by Marco Grassi

IV Rousseau & the origins of liberalism by Roger Scruton

Assault on a fine ideal

Besmirching a tradition by John Kekes