Out of respect for my hat by Harry Adams

In the second volume of A Dance to the Music of Time, Anthony Powell introduces Stourwater Castle, the fictional country home of the Lord Beaverbrook-esque business magnate and government minister Sir Magnus Donners. Arriving by car on a warm September morning in 1928, Powell’s narrator, Nick Jenkins, muses on the sight before him: “Here was the Middle Age, from the pages of Tennyson, or Scott, at its most elegant: all sordid and painful elements subtly removed.” For Jenkins, the combined effect of the cobbled quadrangle, manicured gardens, and tapestry-lined Great Hall is somehow disconcerting. Donners’s precisely restored pile is too full of genuine antiques to be a Hollywood set, but too perfect to reflect its real history.

Save for its Georgian origins and cliff-top location, Kingsgate Castle, near Broadstairs in Kent, might pass for Stourwater. Begun as a whimsical castellated stable block for the nearby Holland House in 1762, Kingsgate had fallen into ruin by the time it was purchased by John Lubbock, first Baron Avebury, in 1901. Enchanted by the remains of this Gothic folly, Avebury commissioned the London architect William Henry Romaine-Walker to rebuild it over the next eleven years into a luxury residence, replete with a gatehouse adorned with the family arms and a garage wing for a fleet of motor cars. Yet, as Timothy Brittain-Catlin notes in his excellent recent book, The Edwardians and Their Houses: The New Life of Old England, the restoration of Kingsgate retained an “overall idea” of an old building. The surviving sections of original flint masonry, for example, were patched in the most conspicuous manner possible, and the ivy climbing the south-western entrance elevation was left to envelop the whole façade, as if the sham castle were, in fact, a real archaeological site. Like Donners’s Stourwater, Kingsgate was a perfectly preserved survivor of a medieval world that had never existed, a dream of Old England.

Like Donners’s Stourwater, Kingsgate was a perfectly preserved survivor of a medieval world that had never existed, a dream of Old England.

For Brittain-Catlin, Kingsgate epitomizes the way in which the leading circle of the Liberal Party influenced the pattern of building in Edwardian Britain. Avebury emerges as an archetypal Edwardian architectural patron: fabulously wealthy, with a record of pragmatic legislation from the backbenches of the House of Lords and a wide circle of political and scientific acquaintances. Romaine-Walker, meanwhile, seems singularly suited to the task of manufacturing a medieval-inspired uchronia. Having trained under the eminent Gothic revivalist G. E. Street, he steadfastly avoided the clutches of International Modernism until his death in 1940, and his former employee F. R. Jelley fondly recalled him remarking that “when I enter a building designed in the so-called modern manner, I always take off my hat. Not out of respect for the building, but out of respect for my hat.”

The years leading up to the First World War witnessed a remarkable flourishing of English domestic architecture. As one might expect, the protagonists of the period, including Edwin Lutyens, C. F. A. Voysey, and M. H. Baillie Scott, now command a generous literature of their own, but in this volume Brittain-Catlin finds room for the lesser-known, though no less talented, figures like Romaine-Walker, W. D. Caröe, and Horace Field, who catered to the building needs of the Liberal Party’s tight-knit inner circle. Chapter Two reveals the array of housing types on offer, from “dormy” golfing villas and sand-swept beach houses, to picturesque weekend cottages in the Home Counties and Margot Asquith’s Thames-side garden “Studio” (the first documented “barn conversion,” apparently). These are all brought to life in superlative, specially commissioned photographs by Robin Forster, while, in the text, Brittain-Catlin identifies the elements of each house that make them particular to the period and the Liberal milieu.

Each house is treated as a highly individualized product of its specific circumstances, which makes for a refreshingly varied survey. Brittain-Catlin openly rejects the tired Pevsnerian idea that architectural styles “develop” (usually along an elaborate teleology ending with Modernism) and focuses instead on the personalities, literature, and social networks that made the buildings possible. In Chapter Two, for example, we see how Walton Heath Golf Club became a crucial meeting place for jobbing architects and profligate Liberal clients. The famous Surrey club counted David Lloyd George and Winston Churchill among its members, and it was here that Lutyens first met Edward Hudson, the proprietor of Country Life magazine. As Chapter Three shows, Country Life and its two pioneering architectural critics, H. Avray Tipping and Lawrence Weaver, exerted a substantial influence over the buying public during this period and nurtured many architectural careers, not least that of Lutyens, who was featured over fifty times and built two elegant houses for Hudson: Deanery Garden and Lindisfarne Castle.

Country Life popularized a vision of Old England that linked vernacular architecture with the Protestant work ethic and a mythical pastoral lifestyle. But, in Chapter Four, Brittain-Catlin focuses on the equally important relationship between architecture and fiction. That many houses of the period resemble fairy-tale cottages is not, it seems, entirely coincidental. Romaine-Walker, for example, enjoyed a profitable sideline as a writer and illustrator of fantastical children’s books, and many of the houses presented in this volume feature playful, childlike details—for instance, the delightful simian creatures atop the newel posts at King’s Close in Bedfordshire (designed by Baillie Scott)—that seem to come from the pages of storybooks.

In our age of glass-obsessed “starchitects,” the houses in this book provide a welcome reminder of how delightful buildings can be. The best Edwardian architects were capable not only of looking forward to a modern world of spacious plan forms and ample public green space, but also of looking back to England’s exquisite vernacular traditions and storied past. This sumptuously illustrated volume suggests that there is still much to learn from the new life of Old England.

Harry Adams is a doctoral student at the Courtauld Institute of Art, writing his dissertation on the City of London. 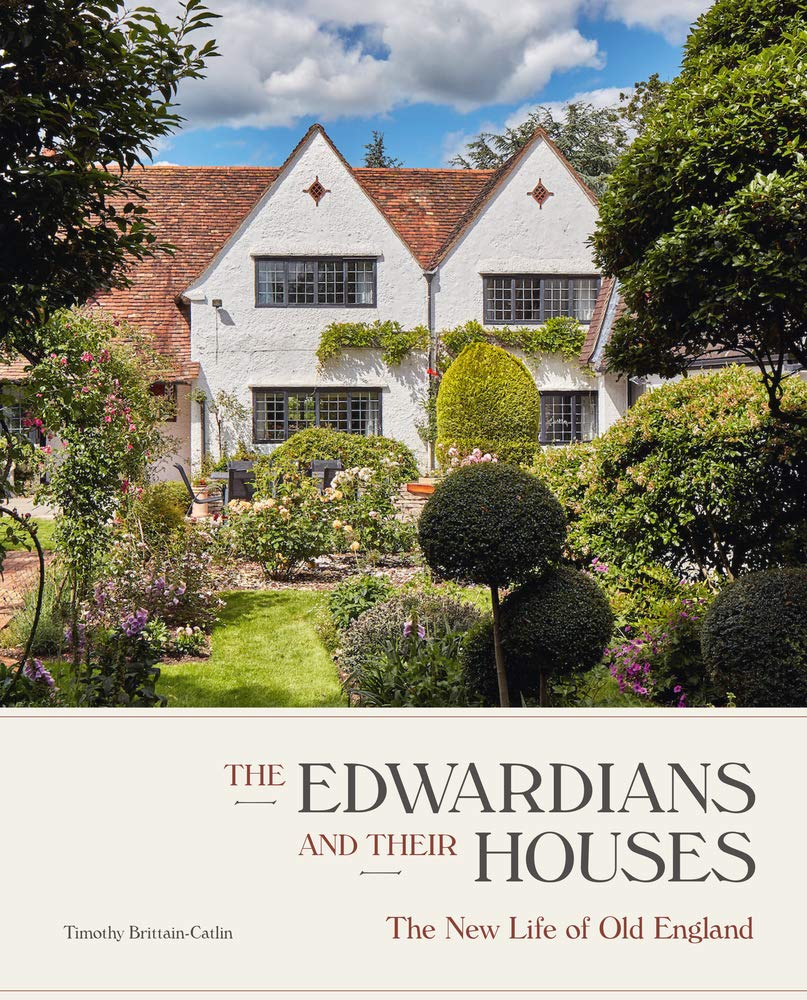 The Edwardians and Their Houses: The New Life of Old England

I When there were giants: three great classicists by Victor Davis Hanson

II A popular form of monomania by Anthony Daniels

In the steps of Solomon

Round & round the garden

Out of respect for my hat by Harry Adams