The rum diaries by Barnaby Crowcroft

Among the many demands made in this summer’s cultural revolution, one of the more erudite was for the United Kingdom to abolish the history test currently required as part of the process for acquiring British citizenship. The test is based on an official government handbook—Life in the UK: A Guide to New Residents—with chapters on British values, the country’s legal and electoral system, and the story of Britain since the Bronze Age. The tone can be inferred from its subtitle: “A Long and Illustrious History.” There are special boxes on things like Henry VIII’s six wives, William Shakespeare’s most famous plays, and “Notable British Sportsmen and Women.” The spirit of the exercise may be surmised from the sample questions: What is the name of the admiral who died in a sea battle in 1805 and has a monument in Trafalgar Square? Who is the patron saint of Scotland? And so on.

Over one hundred and fifty distinguished British historians signed an open letter denouncing this handbook for its “falsehoods and misrepresentations” over the role of slavery and empire in British history. Only one “falsehood” is identified: the claim that slavery, while widespread in the eighteenth-century British Empire, was illegal in Britain itself—a point that is ambiguous rather than wrong. Yet this is repeated loudly and at length, alongside a dozen complaints over narrative and interpretation, to justify the book’s immediate withdrawal. We cannot be sure what these distinguished historians would substitute in its place; but a hint of the kind of examination they have in mind for aspiring British citizens was given in the comments several signatories provided to the media: more on how Britain became great only through pillaging and exploiting the rest of the world; more on its history of imperial violence; more “ugliness.”

Richard Atkinson is not a professional historian, but rather a successful publisher of cookbooks. But he has adopted what was once a historian’s preferred way of addressing such matters: conducting years of painstaking archival research and writing a book reconstructing the lives and events of long-gone days. Mr Atkinson’s Rum Contract: The Story of a Tangled Inheritance began as a piece of amateur family history, but these Atkinson ancestors turned out to have surprising roles, close to the epicenter of events, through some of the most momentous episodes of British imperial history. And as the author discovered for the first time in the course of this work, they were not only Jamaican slave owners but slave traders as well—their social advancement, wealth, and political and cultural capital based, in part, “from the blood, sweat and lives of enslaved Africans.” Getting to know his extended family history thus forced Richard Atkinson into a rare personal reckoning with Britain’s colonial past.

The family hails from a part of Great Britain in the now neglected “flyover counties,” some way south of the Scottish border, and one of the book’s great achievements is its evocative portrait of the far north of England. The Atkinsons first appear in the sixteenth century as leather tanners in the town of Temple Sowerby. The town is a palimpsest of northern English history, its name derived half from the Knights Templar who owned the area until the dissolution of the monasteries, half from seventh-century Scandinavian settlers. Its former place on the Roman military road to the north is recorded by the mile-markers located on its outskirts. Though prosperous, the Atkinsons were emphatically not part of the English gentry, but in the seventeenth century they bought land and taught their children Latin; in the early eighteenth century they acquired a farmhouse in the center of town; then they sent two generations of Atkinson men to work in the business of empire.

The fortune was made by the author’s namesake, Richard Atkinson. Moving to London in the 1750s, this Atkinson worked his way up from a clerk to become a partner in a large merchant house working on the Jamaica trade. The central action in Atkinson’s life, however, came from events in the thirteen colonies. When the American colonists rose in revolt in 1775, Atkinson’s firm—Mure, Son & Atkinson—won the contract to supply the British army fighting the colonists. The great contribution of Mr Atkinson’s Rum Contract must be its account of an early modern military contractor: Atkinson working closely with the prime minister, Lord North, to supply everything from transport ships, military uniforms, barrack furniture, and Jamaican rum. At one stage, one-third of all British war expenditure was passing through Atkinson’s hands—and substantial profits, from commissions and scandalous over-charging, passing into his pockets.

By the end of the war Richard Atkinson was a wealthy and politically connected London merchant. His next move was into politics. Dismissed by the Whigs who succeeded Lord North in 1782—by which time Atkinson was known as “the notorious rum contractor”—he was quickly adopted by the Tories, who valued him for his influence in the city and undoubted financial and logistical skills. One of the author’s most striking discoveries is the product of Atkinson’s work, behind the scenes, to make William Pitt the Younger prime minister in December 1784, and is a sad indictment of late-eighteenth-century British democracy. A table drawn-up in Atkinson’s handwriting lists the total votes needed, the landowners who controlled key swing seats, and an estimate of how much it would require to buy them off. There is even a costing for the total required expenditure to form a government: £193,500 for 134 seats.

But Richard Atkinson did not have long to reap the rewards. After being elected to parliament and given a position in the government, he became ill and died suddenly in January 1785, aged just forty-six. None of his successors ever reached such political heights in Britain itself—but several Atkinson nephews who took over Richard’s business rose to some prominence in public affairs in British Jamaica. The family saga that follows contains all of nineteenth-century life: a disputed will, a Dickensian legal struggle encompassing several generations, a dozen illegitimate children; more war, more war profiteering, and constant dealing in slavery. Taken through the twentieth century and into the present day, the story of the Atkinsons could serve as a metonym for the fortunes of twentieth-century Britain. Family wealth built up over generations—multiple country estates, thousands of acres of land, artworks and antiquities—is liquidated and frittered away by a profligate heir in the 1920s and 1930s, largely on the racetracks. By the century’s end, not even family kinship survives.

The Atkinsons’ role as slave owners and traders is most striking for how long it endured. The family firm’s heyday in Jamaica, when nephews George and then Matt directed affairs from Kingston, was in the 1790s and 1800s. This is true of many British West Indian interests—underlining the tendentiousness of arguments that the slave trade was banned in 1807 because it was no longer profitable. But still fifteen years after the trade had been criminalized, a third generation of Atkinsons was setting off to Jamaica in the 1820s to squeeze what they could from the trading business and their two plantations. They deal their last slave months before the Emancipation Act came into force in Jamaica in 1833, in a contract Matt Atkinson had secured back in 1799 to source slave labor for a local Jamaican military force.

What is perhaps most striking for the author—who is naturally concerned with his characters’ inner lives—was his inability to find evidence of any expression of qualm or scruple among Atkinson family papers or documents over their involvement in a business so obviously questionable in moral terms, including to their contemporaries. Atkinson concedes that this indictment of his ancestors was hard to write. But he places them in the context of a “British culpability” for propping up slavery that dissolves some of the Atkinsons’, observing that individuals from every rank of society played their part, from monarchs and ministers down to working-class people “consuming tainted sugar.”

The truth for much of this period is better for British society, and worse for the Atkinsons. The anti-slavery movement in Britain attracted greater popular support and crossed more social barriers than any other cause in the nineteenth century—it remains today the largest public petitioning campaign in British history. In 1788 a hundred towns and cities submitted petitions demanding an end to the slave trade, including two-thirds of the adult male population of Manchester. Four years later more than five hundred towns and cities did. In 1814, a campaign for empire-wide abolition gained 750,000 signatures across 800 separate petitions; another in 1833 gained over 1.5 million across 5,000—more than 10 percent of the national population in what was a predominantly rural society. The British parliament ultimately responded to public pressure with emancipation legislation that cost the British government millions of pounds. We can second-guess this achievement, but it represented an extraordinary revolution in sensibility and ideas—and it passed the Atkinsons by. One would like to better understand why.

So what are we to make of this for Britain’s national story? Mr Atkinson’s Rum Contract opens with the usual boilerplate remarks over how the difficult chapter of slavery in British history has been forgotten or neglected in favor of more comforting accounts of the past. Who has forgotten it? Not historians. Eric William’s classic Capitalism and Slavery—which argued that West Indian slavery permeated eighteenth-century British society and government, and was central to its economic rise—was published in 1944 and has been a staple of British history courses since the 1960s. Over the past twenty years there has been such a proliferation of scholarly works, university centers, dedicated faculty hires, and research fellowships concerned solely with the study of the legacies of British slave ownership that such an assertion must be (to coin a phrase) “demonstrably false”—though this, of course, does not prevent every new author from making it.

It may be true that official discourse and the general public are more concerned with past British achievements rather than past wrongs. But the jury remains emphatically out as to whether governments really should be cultivating the collective national memory of their country’s historic atrocities. As David Rieff observed in Against Remembrance, the same techniques a therapist might apply to a patient dealing with personal trauma are likely to be extremely damaging when applied to a whole community or society, regarding events that took place six or seven generations ago—and especially in societies at risk of fragmentation or worse. However that may be, this is a civic and political question, not a historical one. And in such matters (as in so many others) the judgment of one hundred and fifty distinguished historians is almost certainly not to be preferred over that of the proverbial first four hundred names in the phone book.

Barnaby Crowcroft is a fellow at the Freie Universität Berlin, a visiting lecturer at the Austrian Diplomatic Academy, and an associate of the Harvard Kennedy School’s Applied History program. 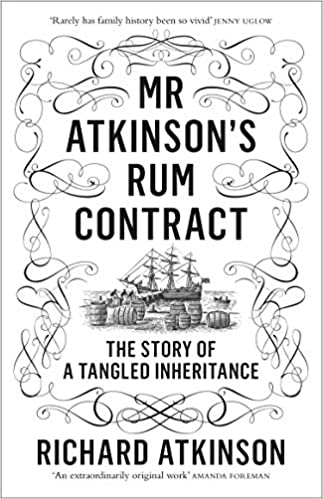 II In the footsteps of Sade by Roger Kimball

The rum diaries by Barnaby Crowcroft