Who speaks for Islam? 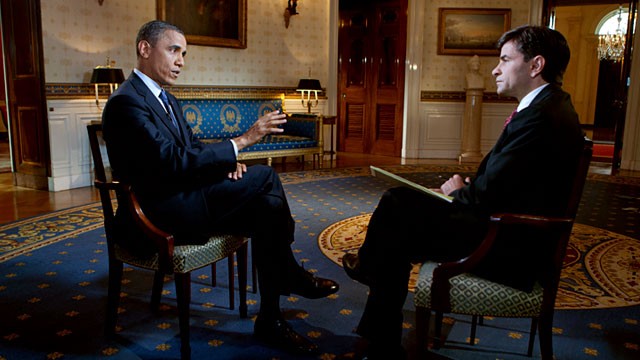 Last month in this space, we offered some reflections on the latest rampage by murderous Islamist radicals in Paris. We say “latest murderous rampage in Paris” advisedly. The terrorist attack on November 13—the worst in Paris in living memory—left some 130 dead, 250 wounded. But less than a year before, early in January 2015, Islamist murderers from a Yemeni al Qaeda group stormed the offices of the French satirical magazine Charlie Hebdo, where they slaughtered twelve, including a French police officer, and wounded eleven. Several related attacks occurred elsewhere in the region, leaving five dead and another eleven wounded.

It is worth recalling that these were not random acts of violence. Some of the victims were killed because they were at a kosher supermarket and were presumed by the Muslim killers to be Jewish. Some, like Stéphane Charbonnier, the then-editor of Charlie Hebdo, were on a “most-wanted” list published in the jihadist magazine Inspire. It’s the same list that includes Molly Norris, the (formerly) Seattle-based artist, who in 2010 suggested denominating May 20 “Everybody Draw Mohammed Day.” A contest to do just that duly followed. Then came the death threats. Norris is still in hiding, with an assumed identity. Charbonnier and his colleagues at Charlie Hebdo were murdered—it sounds ridiculous when put so baldly—because the magazine had run some cartoons lampooning Mohammed.

Everyone knows this, but we think it worth pausing over.

Not that Charlie Hebdo specialized in making fun of Islam. The irreverent magazine has been an equal-opportunity satirical scourge. Christianity and many other secular and religious figures and institutions regularly came under its scabrous scrutiny. Note the preterite: this past July, Laurent Sourisseau, a survivor of the January massacre and now the top editor of Charlie Hebdo, announced that the magazine would no longer draw Mohammed. “We have drawn Mohammed to defend the principle that one can draw whatever one wants,” he said. But is that so? They’re now out of the Mohammed-drawing business. The Jyllands-Posten, which published the original “Danish Cartoons” of Mohammed in 2005, is, too. It declined a request to reprint the images in the aftermath of the Charlie Hebdo massacre because, the editors said, “violence works.” It’s not hard to find reproductions of the cartoons on the internet, but no major publication we can recall has dared to publish them, at least not in unpixellated form. As we reported in these pages at the time, when Yale University Press published a book by Jytte Klausen about the murder and mayhem that followed the original publication of the cartoons, it forbade inclusion of the cartoons at the last moment, much to the disgust of the book’s author.

The day before the attack on November 13, Barack Obama calmly assured George Stephanopoulos on Good Morning America that his administration had “contained” ISIS and stopped their “systematic march across the terrain.” The terrain he had in mind was Syria and Iraq. He hadn’t counted on Paris.

Nor had he counted on San Bernardino, California, where on December 2 two Muslims, the Chicago-born Syed Rizwan Farook and his wife, the Pakistani-born Tashfeen Malik, slaughtered fourteen people and wounded several others at Farook’s place of work, a government-run facility for people with disabilities. Three pipe bombs, built according to schematics published in the aforementioned Inspire magazine, were left to intercept emergency personnel but failed to detonate.

A few days later, Barack Obama took to the airwaves in an effort to reassure Americans. He spoke from the most august of settings, the Oval Office of the White House, only the third time in his entire tenure that he has employed that storied venue for a public address. There is much we do not yet know, he said, though it is clear that Farook and Malik “had gone down the dark path of radicalization, embracing a perverted interpretation of Islam that calls for war against America and the West.” When Major Nidal Hasan went on a murderous shooting spree at Fort Hood shouting “Allahu Akbar” and killed thirteen people, Barack Obama described the episode as an instance of “workplace violence.” This time, with the specter of Paris still fresh in people’s memory, he acknowledged that what had happened at San Bernardino was an act of terrorism. But he forbore to describe it as “Islamic terrorism,” preferring instead to use the incident as an occasion to call for stricter gun laws.

The great William Inge, Dean of St. Paul’s in the middle of the last century, once observed that just because most of the saints were poor, that does not mean that most of the poor are saints. The logic is impeccable. And let us grant that just because at the present time the overwhelming majority of the world’s acts of terrorism are committed by Muslims, that in no way implies that most of the world’s 1.6 billion Muslims are terrorists. But how reassuring is that unassailable truth?

Barack Obama insisted that the atrocity committed in California last week was carried out not by faithful Muslims, but by outliers following a “perverted” interpretation of Islam. Followers of the Islamic State, he said, do “not speak for Islam.” One indelicate question is, who does speak for Islam?

Doubtless many of our readers are familiar with Greenmantle, John Buchan’s World War I thriller. Early in the novel Sir Walter Bullivant of the Foreign Office puts our hero, the dashing Richard Hannay, into the picture about a German plot to enlist a nascent Islamic uprising to the side of the Kaiser. “The ordinary man,” Sir Walter mused, believes that Islam is succumbing to “Krupp guns,” to modernity. “Yet—I don’t know. I do not quite believe in Islam becoming a back number.” Hannay agrees: “It looks as if Islam had a bigger hand in the thing than we thought. . . . Islam is a fighting creed, and the mullah still stands in the pulpit with the Koran in one hand and a drawn sword in the other.”

It was passages like that, no doubt, which caused BBC Radio to delay a dramatization of Greenmantle in the aftermath of the London Tube and bus bombings in 2005. That event demonstrated pretty vividly, as had 9/11 before it, that Hannay was right. And yet we weren’t supposed to say so.

It wasn’t Islam, we were told, but rather a twisted perversion of Islam. The religion itself, as President Bush publicly insisted within days of 9/11, was a religion of peace. It would be tedious to multiply examples of this trope. They are as common as dirt. So we’ll just mention what is perhaps our favorite example. It’s from Jacqui Smith, the former British home secretary. Henceforth, she told ministers in 2008, terrorist acts that happened to be committed by Muslims were to be described as “anti-Islamic activity.” Why? Because the “extremists” involved “were behaving contrary to their faith, rather than acting in the name of Islam.”

Taken in isolation, that statement is not absurd. It is conceivable that a crazed Muslim (or Christian, or Jew, or Buddhist) could go on a murderous rampage, massacre some number of people, saying that it was in the name of their religion, but that the claim should turn out to be false. That is possible. But here’s the question: does it speak to the reality of our situation with respect to Islam?

We were told that the 9/11 terrorists, though Muslim, did not speak for Islam. O.K., maybe they didn’t. But how about the London subway bombers? They claimed to be murdering people in the name of Allah or Mohammed. But maybe they were wrong. Maybe they read the wrong parts of the Koran or Hadith, or interpreted those eyebrow-raising passages too literally. Maybe. But here’s our puzzlement. Let’s agree, for the sake of the discussion, that the 9/11 bombers did not speak for Islam. Ditto the London murders. Indeed, let’s say that neither the Boston marathon bombers nor the people who murdered the folks in Paris spoke for Islam either. Maybe they all were just what Barack Obama has called “lone extremists” who carry out murder and mayhem while shouting “Allahu Akbar.”

Who does speak for Islam? We are assured that it’s not ISIS. Nor is it Boko Haram, the Nigerian Muslim group whose specialité is kidnapping school girls and selling them into sex slavery. Boko Haram appears to believe that they represent Islamic teaching, but no: our leaders have assured us that that is not the case. Ditto about Syria: last summer an adulteress or two was stoned to death, but this was, of course, the work not of Islam but of “extremists,” if not quite “lone extremists.”

Saudi Arabia? It is the world’s most important Sunni Muslim state. One of the most ghastly things about ISIS is its followers’ penchant for beheading people. Mohammed himself went in for the sport, and it has been industriously practiced by our “ally” Saudi Arabia. So far in 2015 alone, Saudi Arabia has beheaded 151 people. We’re surprised the number isn’t higher. The list of things that are capital offenses in Saudi Arabia is long and varied. It includes apostasy—if you are born Muslim and decide to become Buddhist, say, it’s off with your head—the consumption of intoxicants, consensual homosexual sex, adultery, and “sorcery or witchcraft.” Would Barack Obama say that the Saudis speak for Islam?

How about the world’s largest Shia state, Iran? Does the spiritual home of the Ayatollah Khameini, which regards a day ill-spent that does not include “calls for war against America and the West”—does Iran speak for Islam? If not, why not?

In his talk about the San Bernardino massacre, Barack Obama was at pains to distance us from “those interpretations of Islam that are incompatible with the values of religious tolerance, mutual respect, and human dignity.” One of the troubling things about Barack Obama’s anodyne vision of Islam is that it seems to deny that the majority of the world’s Muslims, including the denizens of Islam’s chief states, can speak for Islam. We’re not talking about conquest and terrorism. There are millions upon millions of folks who call themselves Muslims, yet want nothing to do with jihadist violence. Do they speak for Islam? Well, if they affirm Sharia—Islamic law—then they cannot in principle affirm “the values of religious tolerance,” because Sharia recognizes no religion but Islam.

If you’re sitting at home in Long Island or Tampa or San Francisco, then the people who speak for Islam are the college professors and politicians and media folk. Their Islam is a quiet and possibly attractive thing, a view of the world in which “jihad” means primarily an inner struggle for excellence and closeness to God.

Unfortunately, the mullahs in Iran and Iraq and Saudi Arabia and elsewhere mean something quite different by “jihad.” Ask Salman Rushdie. Ask Raif Badawi, the blogger who was sentenced to 1,000 lashes for “insulting Islam,” if he is still able to talk. We’d advise you to ask Daniel Pearl or Stéphane Charbonnier, or the 3,000 victims of 9/11, or the victims of the Paris or San Bernardino shootings, but, well, they aren’t talking anymore.

So here’s the question: we ask it in solemn seriousness: who speaks for Islam? The well-meaning Western liberal who has some agreeable Muslim friends and colleagues? Or the representatives of Saudi Arabia’s Commission for the Promotion of Virtue and Prevention of Vice who recently arrested twenty-eight people for holding a Christian prayer service in a private home? Which is the real Islam?

Maybe both. But are you willing to recognize the former pleasant-sounding version while saying the version you don’t like is illegitimate, a falling away from “real” Islam?

Who speaks for Islam? It’s a deep question, we believe. A lot turns on the answer.

Who speaks for Islam?