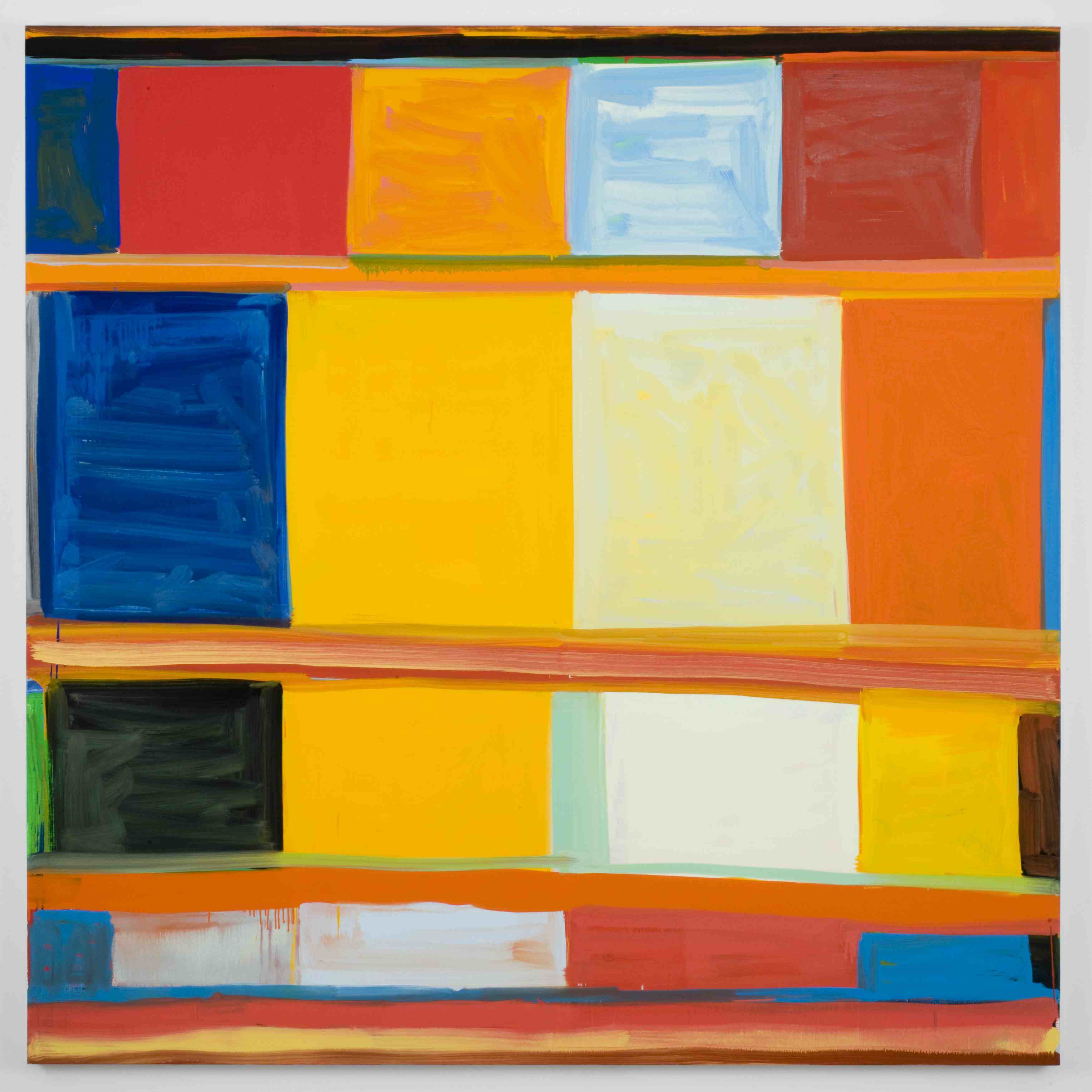 Stanley Whitney is a painter of color, a double identity that has long complicated his role in the story of art. As an abstract colorist, Whitney has drawn from an array of influences to arrive at a signature style of stacked square fields interwoven with rhythm, a synesthetic syncopation of visible music. As a black painter born in Philadelphia in 1946, one who places aesthetic above sociological concerns, Whitney has never fit within the assumptions of what an artist of his identity is supposed to do or be. “Stanley Whitney: Dance the Orange,” a must-see exhibition of his recent work now at the Studio Museum in Harlem, curated by Lauren Haynes, helps to right this wrong.1 It also reminds us of the joys and sorrows, the feeling for art that has been missed, and the many artists who, for too long, have been marginalized, sidelined, and left out of view because of the politics of identity.

Whitney’s enigmatic paintings do not answer questions. Instead they question answers. As Whitney explains in his catalogue interview with Lowery Stokes Sims: “The thing about reading abstract art is that you have to be open, you have to bring a lot to it. You have to be willing to admit you don’t know.” In the loft-like main gallery of the Studio Museum, his work absorbs easy assumptions and returns a complexity of emotions.

Whitney explores these feelings through a similar but not serial framework. His structure can call to mind Josef Albers, who had been a teacher of deep influence at Yale University, where Whitney earned his MFA in 1972. Like Albers, Whitney also composes his color in blocks, mostly large and square, but next to rather than on top of one another, with softer edges and with fields of various transparencies that can at times reveal their brushwork and the colors beneath, while others float fully on the surface.

Whitney’s blocks rest on strips of color that divide his canvases vertically into shelves of varying height, often compressing in size the lower he goes, as though pushed down by the weight of the blocks above. Whitney explains how these divisions in part emerged from a stay in Rome, when he visited the Etruscan museum in Volterra: “I saw how they just had everything stacked up—all these funeral urns just stacked up, and I said, ‘You know, Stanley, you’re going to stack the color and let the magic be in the color.’ ” A series of small untitled black gouaches on paper, included in the Studio Museum exhibition, isolate these divisions.

Like the best studio painters who came of age in the post-minimalist scene of the 1970s, Whitney has a keen sense for what edges of color can do: whether colors lay on top of one another, or push and pull, or rub together with an energized friction. He also considers how colors balance together, weaving edges to help counteract a single sense of front and back, figure and ground, dominance and recession. “I worry more that my work has good transitions and that there’s a lot to look at and that you can get in and out of the spaces,” he says. “In other words, if you fall in love with that blue, your eye can get out of that blue and move to the red or the pink. I think more about transitions that way.”

Whitney explains how his sense for composition emerged from another Italian. Through Giorgio Morandi, he says, “I got more into an architectural kind of space. . . . I liked how quiet they were.” For this abstract painter, the buttercream softness of Morandi’s paint handling comes off as a more direct relation than the overt gestures of Abstract Expressionism: “The gesture is in the paint itself, like laying the paint down—whether it’s thick or thin.” Further influences include Velázquez (“the way he touches the canvas”), Hans Hofmann (“he opened a lot of doors for people”), even Egyptian art: “I realized I could put forms, colors and marks together and still have a lot of air. The space was still there. This was important because I thought previously that if I put colors or forms next to each other that I would lose the space. Then I realized that the space is in the color, not around the color.” Whitney’s color fields weave together like the warp and weft of textiles. Quilting traditions, such as the folk quilts of Gee’s Bend, the site of a former cotton plantation in Alabama, find another resonance in his work: “To me color is all about being tactile, so definitely it’s about textiles. . . . I feel like I’m from there.”

Beyond these examples, Whitney’s greatest influence, as with most abstractionists, has been Cézanne, whom he calls a “revelation.” Like Cézanne, Whitney weaves his colorful compositions into synthetic wholes that shake apart as much as they come together. They vibrate and sing with a synesthetic soul that goes to the heart of modernist abstraction and that has always been rooted in music. Cézanne, explains Whitney, “used color in terms of music. I felt his color had great rhythm. I was thinking of Charlie Parker. It was then that I could see that what you bring to the paintings is your culture. There is something about my work in terms of the rhythm it has—a kind of polyrhythm.”

Several of the titles of the large paintings on display, one up to eight-feet square, allude to music and stimulate these aural-visual associations. The painting james brown sacrifice to apollo (2008), with its yellows, oranges, and reds, feels like the lights of a hot stage bursting with music and motion. My Tina Turner (2013), with its blocks full of pink, conveys a more feminine lead. Dance the Orange (2013), the title of another painting as well as the exhibition itself, comes from Rilke’s Sonnets of Orpheus, which include the synesthetic exhortation to “Dance the flavor of this fruit as we experience it!/ Make of the orange a dance.” 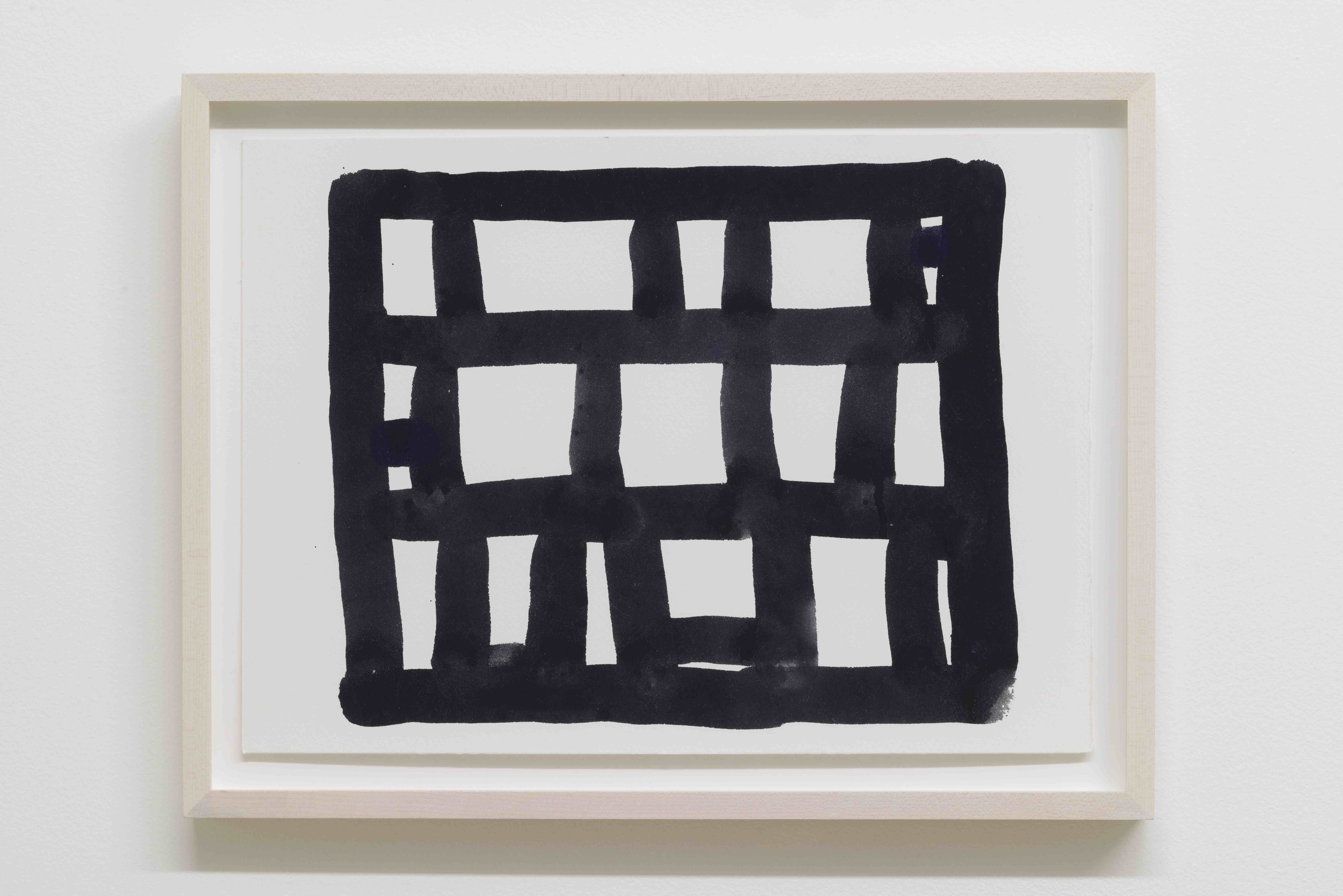 The attraction of Whitney’s work is undeniable, exhibiting a seriousness of purpose and a mastery of form that have come out of a lifetime of studying, feeling, and experimenting with paint on canvas. “I became interested in abstraction by the openness of it all. I saw endless possibilities,” he says. Yet despite
its endless possibilities, his work has been far less known and shown than it deserves, living mainly through the work of his students at the Tyler School of Art. Part of this reflects the general resistance that all abstract painters now face from a museum establishment that largely insists on tapping the superficial veins of art rather than mining the deeper riches that the market chooses to ignore. “To be a signature abstract painter in the twenty-first century is a really odd thing,” Whitney admits.

Still, it must be said that abstract artists who are black now find themselves in a particularly odd isolation: in a world that claims to embrace the voice of black artists, their art is at odds with what an overwhelmingly white art establishment believes the voice of black artists should be. “I don’t think there’s anything more complicated than the subject of black artists and abstract art,” says Lowery Stokes Sims at the start of her interview with Whitney. “There is always this idea that it’s not connected to the black experience.”

Singular black artists have long been out of step with what is supposed to be “black art” and the culture and institutions that promote it. During the Harlem Renaissance, Romare Bearden wrote vociferously against the identity of a black arts movement and the bad results of good intentions behind those promoting it. “There are quite a few foundations that sponsor exhibitions of Negro artists,” he wrote in “The Negro Artist and Modern Art.” “However praiseworthy may have been the spirit of the founder the effect upon the Negro artist has been disastrous,” he continued, singling out the poor quality of exhibitions of black artists produced by the Harmon Foundation. “Its attitude from the beginning has been of a coddling and patronizing nature.” In “The Negro Artist’s Dilemma,” Bearden expanded this critique and wrote against painting what others might expect of him: “It is not my aim to paint about the Negro in America in terms of propaganda, [but] to paint the life of my people as I know it.” 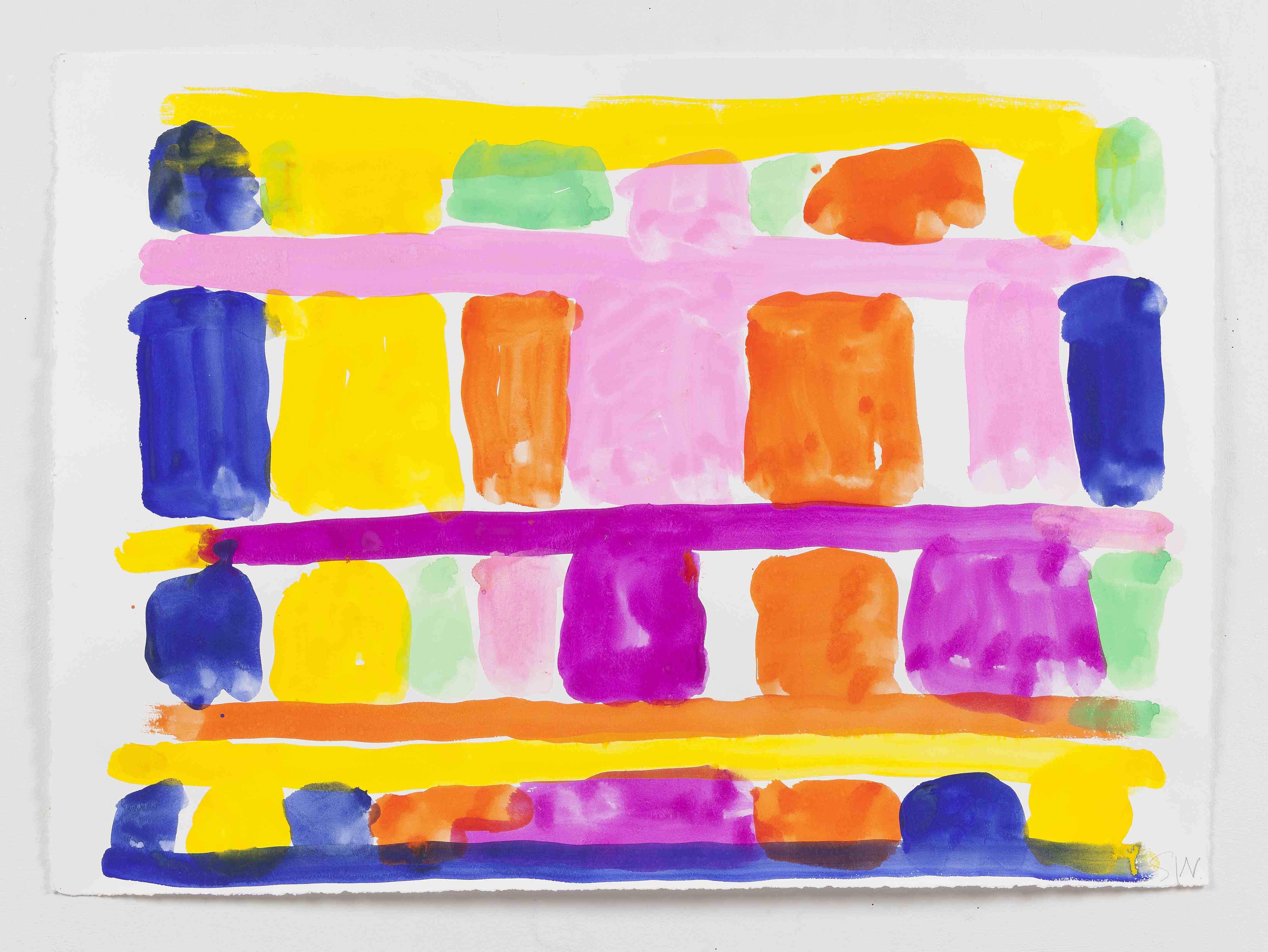 For many black painters, a turn to abstraction, away from overt statements of race, paralleled the rejection that white painters expressed against the realist demands of the Left. “Proletariat art is poor art for poor people,” declared Arshile Gorky to Willem de Kooning at the height of the WPA and amidst the prerequisites of the American Scene. Likewise Norman Lewis, perhaps our most overlooked abstractionist, defiantly rejected what he considered to be hopeless racial themes for the transcendence of paint on canvas. Considering he died in 1979, it is astonishing to realize that Lewis is only now receiving a major museum treatment with “Procession: The Art of Norman Lewis,” opening this November at the Pennsylvania Academy of the Fine Arts, an institution that more often than not proves the exception to the rule in the art world.

Last year, the Contemporary Arts Museum Houston similarly broke ranks from the party line with a two-part exhibition called “Black in the Abstract” organized by the senior curator Valerie Cassel Oliver, who set out to show the “abstract practices of black artists as a continuous trajectory as opposed to an anomaly or a phenomenon that ebbs and flows over time.” This exhibition, along with the tireless advocacy of galleries such as June Kelly and Michael Rosenfeld, among others, has attempted to turn the tide by exhibiting the earlier generation of black abstract artists, such as Charles Alston, Harold Cousins, Beauford Delaney, Lewis, Alma Thomas, and Hale Woodruff, alongside the more recent work of McArthur Binion, Frank Bowling, Edward Clark, Melvin Edwards, Sam Gilliam, Richard Hunt, James Little, Al Loving, Howardena Pindell, William T. Williams, and Jack Whitten, on through their many descendants.

Yet the marginalization of these artists has by and large only intensified as Black Power and white mandates have come together to promote a narrowing sensibility for racial identity. Stanley Whitney recalls a time back in Kansas when the Black Panthers questioned him for painting abstract. “Those were hard times because I really wanted to paint,” he remembers. Similarly we now see institutions such as the Whitney Museum, purportedly dedicated to American art, promoting artists with cartoonish appeals to identity politics while excluding modern masters like Lewis. This not only does a disservice to art history. It is also grounded in an assumption that black artists have nothing to say beyond addressing their superficial racial identity. It implies that transcendence from one’s immediate circumstances is the prerogative of white artists alone. It says that the work of black artists cannot be imbued with multiple levels of meaning (as in the case of Whitney, who it should be noted is not in the Whitney).

The brilliance of Stanley Whitney is his ability to capture life not in black and white but in full color: “I realized that color was the subject in and of itself.”

1 “Stanley Whitney: Dance the Orange” opened at the Studio Museum in Harlem, New York, on July 16 and remains on view through October 25, 2015.