Freedom at a crossroads 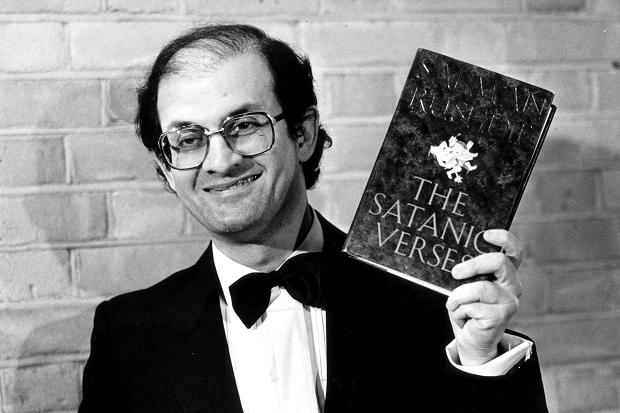 What is it about the word “tyranny” that they do not understand? In our January issue, we devoted all of our feature essays to various aspects of that assault on free speech which is proceeding with such abandon all around us. In February, in the aftermath of the slaughter perpetrated by Islamic radicals at Charlie Hebdo and the Jewish supermarket in Paris, we returned to the subject in this space, dilating on the curious rhetorical tic that certain Westernized enemies of free speech employ: “I’m in favor of free speech,” they say, “but . . .” You fill in the blank: “But not any speech that I or my favored victim group finds offensive/racist/homophobic/Islamophobic/uncongenial to the Green agenda,” etc., etc. In other words, “I’m in favor of free speech, but not any speech I do not like.” Or, to put it more plainly still: Night is Day, Love is Hate, and I am not really in favor of free speech at all.

Last month we mused on the curious case of the cartoonist Garry Trudeau, creator of Doonesbury, the sassy, counter-cultural strip that expensively educated liberals of a certain age remember fondly along with their first sit-in and protest against Richard Nixon. The Pulitzer Prize–winning cartoonist, purveyor of what it pleased him to describe as “raw and subversive” “dispatches from the front,” had trundled off to Long Island University to pick up the George Polk Career Award for “special achievement in journalism.” Mr. Trudeau’s acceptance speech, “The Abuse of Satire,” offers yet another variety of the “I’m-all-for-free-speech-except-I’m-not” motif. Satire, according to Mr. Trudeau, must be directed “against authority of all kinds, the little guy against the powerful.” Those awful Danes at Jyllands-Posten who in 2005 caricatured a certain medieval religious figure and the cartoonists and writers at Charlie Hebdo who republished them had abused satire by “punching downwards, . . . attacking a powerless, disenfranchised minority.”

Well, not entirely powerless, since the homicidal rampages in the wake of the “Danish cartoons” left about two hundred people dead and the carefully orchestrated attacks at the offices of Charlie Hebdo and that Jewish supermarket in Paris snuffed out the lives of more than a dozen people.

Mr. Trudeau charged that the “crude, vulgar drawings” of the Charlie Hebdo cartoonists, unlike his own “raw and subversive” work, “wandered into the realm of hate speech.” What is “hate speech”? It is disobliging speech about people or causes you like, pretend to like, or think you should at least approve of. We hope some historical philologist is busy tracking down the term’s origin. It is, we feel sure, of recent vintage. As we have pointed out in this space before, “hate speech” is a phrase like “social justice.” The adjective injects a gratifying emotional charge to the noun it modifies without adding anything substantive to the discussion. How does “social justice” differ from the ordinary, non-social variety? We’re all familiar with the figure of Justice decorating the pediments of courthouses. Traditionally, the figure of Justice wears a blindfold and holds a scale. Those appurtenances are meant to underscore an important aspect of justice as traditionally understood: namely, that it is impartial. In so far as the imperfections of human ingenuity can contrive, all are equal before the law. “Social justice” bids Justice to pull aside the blindfold a bit, to put her finger on the scale. Are you from a favored group? Then you get special treatment.

Last month, we saw yet another exhibition of this sorry phenomenon when the literary organization PEN America honored Charlie Hebdo with its Freedom of Expression Courage Award at its annual gala in New York. PEN exists in order “to advance literature, to defend free expression, and to foster international literary fellowship.” So it seems quite natural that they should honor a satirical magazine whose forays into free expression earned it the murderous attention of Muslim fanatics. Let us acknowledge straightaway that Charlie Hebdo is not a magazine for the delicately nurtured. It is rude in a village-atheist sort of way. Churches—indeed, established authorities of all sorts—are fair game for its satire. It is an equal-opportunity offender, deliberately provocative. It is “raw and subversive” in a way that Doonesbury, with its cloying atmosphere of smug self-satisfaction, could only aspire to be. Charlie Hebdo really is shocking. But as Gérard Biard, the magazine’s new editor, said at the PEN ceremony, “Being shocked is part of democratic debate. Being shot is not.”

Many PEN officers didn’t have the opportunity to hear Gérard Biard. Michael Ondaatje, the author of The English Patient; Francine Prose, a former President of PEN; and some 200 other members of an organization founded to stand up for free speech boycotted the event and signed a protest petition. “I was quite upset as soon as I heard about [the award],” said Francine Prose. Right on cue, she told her interviewer that she was in favor of “freedom of speech without limitations,” that she “deplored” the murders of Charlie Hebdo’s writers and cartoonists, but—but, mind you—she could not abide the award because it signified “admiration and respect” for their work. This from a former president of PEN. The novelist Salman Rushdie, who was marked down for assassination by the Ayatollah Khomeini in 1989 for his book The Satanic Verses, responded with a refreshing clarity: “If PEN as a free speech organization can’t defend and celebrate people who have been murdered for drawing pictures,” he said, “then frankly the organization is not worth the name.”

Indeed. We in the West are at a crossroads. Free speech is the lifeblood of political freedom. If you lose the first, the second will inevitably die with it. Yet we seem ever more willing to jettison that freedom, partly in the face of intimidation, but more insidiously in the name of some politically correct pseudo-principle (“Don’t let’s be beastly to the Muslims,” etc.). Last month, we quoted the London-based radical Muslim cleric Anjem Choudary who, in the aftermath of the slaughter carried out by his co-religionists in Paris, explained the element of intimidation with admirable clarity. The idea of free speech, Choudary rightly pointed out, is foreign to Islam; moreover, “the potential consequences of insulting the Messenger Muhammad are known to Muslims and non-Muslims alike.” If you draw a cartoon of Muhammad—if you, as an infidel, even discuss Islam—you are liable to be shot, beheaded, or incinerated.

Why non-Muslims should countenance such intimidation is a good question. Our own feeling is that such savagery ought to be met with swift and definitive reprisals. Let’s leave that to one side. What is most worrisome is not the external intimidation of theocratic fanatics like Anjem Choudary and his “Allahu Akbar”–shouting confrères but rather the internalized self-intimidation that is an increasingly prominent feature of the identity kits of Western elites. As the Gatestone Institute’s Denis MacEoin points out in “The Erosion of Free Speech,”

Condemnation from Western academics, journalists, interfaith clerics, and politicians shows not how successful intimidation has become, but how timid and craven we have become. To surrender with such spinelessness can only mean that we have entered the first stages of the decline of the Enlightenment values that made the modern West the greatest upholder of human rights and freedoms in history.

Is MacEoin right? Have we as a culture surrendered? We believe that the jury is still out on that. There are, here and there, salubrious signs of resistance. But the rot in our elite institutions—especially, but not only, in our universities—is profoundly dispiriting. The behavior of all of those PEN members who protested the award to Charlie Hebdo was an all-too-common exhibition of spinelessness dressed up as sensitivity to the oppressed. The silver lining here was the robust response of Salman Rushdie and sundry other cultural observers who have woken up to the hard truth that a commitment to tolerance does not require suicide.

Freedom at a crossroads