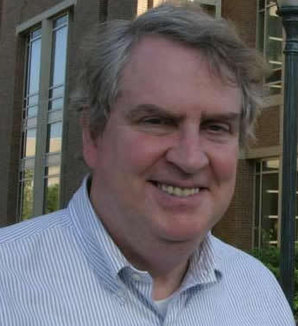 The Jesuits these days may have a tenuous relation to Catholic orthodoxy, but their traditional expertise in the matter of conducting inquisitions continues in fighting trim. Consider the case of John McAdams, a sixty-nine-year-old associate professor of political science, and the Jesuits at Marquette University (“Be the Difference”) in Milwaukee, Wisconsin. McAdams has been suspended from teaching. He has been banned from the campus. And the Jesuits and their lay minions at Marquette are mobilizing the modern tools of inquisition to revoke his tenure and expel him once and for all from an institution that (according to its website) “prepares [students] for the world by asking them to think critically about it.”

We’ll come back to that risible claim in a moment. First, what do you suppose John McAdams did to warrant the academic equivalent of excommunication? Did he steal money from the Women’s and Gender Studies program? Publicly consume gluten on campus? Vote Republican? No, Professor McAdams really violated the canons of civilized behavior. He published a blog post. Yes, that’s right. He actually had the temerity to publish an essay on Marquette Warrior, his personal weblog, that was critical of a graduate teaching assistant and, even worse, he stood up for a conservative student who disagreed with said teaching assistant about gay marriage.

No wonder mandarins at Marquette are out for McAdams’s blood. He trespassed against the one commandment modern academics take seriously: thou shalt not violate politically correct orthodoxy.

Here’s what happened. In a philosophy class on ethics, a graduate teaching assistant called Cheryl Abbate asked students to apply ideas from John Rawls’s Theory of Justice to some modern political controversies. She listed a few subjects on the blackboard, including “gay rights.” According to McAdams, she then said that “everybody agrees on this, and there is no need to discuss it.” After class, a student approached Abbate and said that he thought the issue worthy of discussion. He argued against gay marriage and gay adoption but was told by Abbate that “some opinions are not appropriate, such as racist opinions, sexist opinions.” (How about the outlandish opinion, expressed in Abbate’s master’s thesis, that, on “utilitarian” grounds, medical research should be conducted not on animals but on prisoners? We gather that’s just fine: it doesn’t affect anyone on this week’s approved list of victims.) The student (who surreptitiously recorded the exchange) objected that it was his right as an American citizen to make such arguments, to which Abbate replied that “you don’t have a right in this class to make homophobic comments,” noting also that she would “take offense” if the student said that women can’t serve in particular roles. She then suggested that the student drop the class. Which he did. (It was a required class, by the way, so he will have to make it up in the future.)

McAdams’s heinous tort was to describe the particulars of this exchange on his weblog and then go on to criticize Abbate’s response. “Abbate,” he wrote,

was just using a tactic typical among liberals now. Opinions with which they disagree are not merely wrong, and are not to be argued against on their merits, but are deemed “offensive” and need to be shut up. . . .

Of course, only certain groups have the privilege of shutting up debate. Things thought to be “offensive” to gays, blacks, women and so on must be stifled. Further, it’s not considered necessary to actually find out what the group really thinks. “Women” are supposed to feel warred upon when somebody opposes abortion, but in the real world men and women are equally likely to oppose abortion. . . .

But in the politically correct world of academia, one is supposed to assume that all victim groups think the same way as leftist professors.

McAdams ended by observing that, “like the rest of academia, Marquette is less and less a real university. And, when gay marriage cannot be discussed, certainly not a Catholic university.”

McAdams’s post elicited a vigorous response. Cheryl Abbate received a torrent of comment, some of it supportive, some critical, some rude and abusive. Delicate creature that she is, she has since left Marquette because of the incident. Curious readers should look up her website. A more perfect specimen of wounded vanity and politically correct attitudinizing is hard to come by.

And then there was the response Professor McAdams received from Marquette. Marquette Warrior features a disclaimer: “this site has no official connection with Marquette University. Indeed, when university officials find out about it, they will doubtless want it shut down.”

And how. Their first step was to suspend him and bar him from the campus. On what grounds? Well might you ask. Peter Bonilla of FIRE—the indispensable Foundation for Individual Rights in Education—has detailed the contemptible, kangaroo-court travesty of justice meted out by the craven administration of Marquette at thefire.org. It’s been a goulash of overheated rhetoric long on nebulous charges of harassment and very short on due process and substance. On December 17, Michael R. Lovell, Marquette’s president, issued a statement about McAdams’s suspension: “As stated in our harassment policy, the university will not tolerate personal attacks or harassment of or by students, faculty and staff.” Yes, OK. But where was the personal attack or harassment?

At the end of January, Marquette’s dean, Richard C. Holz, sent a letter to McAdams notifying him that the university was commencing the process of stripping him of tenure and dismissing him. It is a remarkable and depressing document, full of wild, irrelevant accusations, disingenuous posturing, and the lowest species of Jesuitical casuistry. “[F]aculty members,” Holz wrote, “have voiced concerns about how they could become targets in your blog based upon items they might choose to include in a class syllabus. Your conduct thus impairs the very freedoms of teaching and expression that you vehemently purport to promote.” Hello? As Peter Bonilla observes, “This is a preposterous argument, Yet again asserting a nonexistent right to be free of criticism, under which one can claim a rights violation simply because another person spoke his or her mind.”

It gets worse. Holz went on to argue that Professor McAdams “knew or should have known that [his] Internet story would result in vulgar, vile, and threatening communications” and that he thus bore responsibility for the criticism Cheryl Abbate received. Again, Peter Bonilla is right: the argument is ridiculous. “If bloggers like McAdams become vicariously liable for what others say or do in response to their writing,” Bonilla observes, “free speech as we know it ceases to exist.”

Of course, that may well be the point: to stamp out free expression and vigorous debate. Particularly disgusting in this star-chamber proceeding against John McAdams is the pretense of high-mindedness. In a statement released on February 4, President Lovell said that Marquette’s proceedings against McAdams “have everything to do with . . . guiding values and expectations of conduct toward each other” and “nothing to do” with academic freedom or freedom of speech. In fact, as that contemptible apparatchik well knows, it has everything to do with academic freedom and freedom of expression.

Like most American institutions of higher education these days, Marquette is Janus-faced when it comes to free speech. Their public-relations, fund-raising face proclaims their commitment to academic freedom and an environment that “prepares [students] for the world by asking them to think critically about it.” Tuition dollars and annual-fund checks safely docketed, the workaday, totalitarian face takes over. Only opinions that pass today’s politically correct test of orthodoxy are allowed. “Thinking critically” means repudiating anything not on the approved list of PC attitudes.

As of this writing, the fate of John McAdams at Marquette is still up in the air. As a private institution, Marquette need not offer the same sort of Frist Amendment protection as a public institution. FIRE has argued in meticulous detail that the university has violated its own policies in its campaign to rid itself of John McAdams. McAdams has engaged legal counsel and, who knows, perhaps he will prevail. We hope he does, though, frankly, we wouldn’t be surprised if he left anyway. Why would anyone not thoroughly marinated in the politically correct nostrums of the moment wish to study or teach at a sclerotic, intolerant institution like Marquette? Unfortunately, that same disease is endemic in the culture of so-called higher education in this country. Commentators like Glenn Reynolds are right: there is a bubble in higher education, partly economic, but partly spiritual. Our colleges and universities, though they can’t stop shouting about “diversity,” are pathetic bastions of intellectual and moral conformity. It will come to an end, but not before many more John McAdamses are ostracized for the sin of speaking out against the ideology of intolerance darkening the educational establishment.