In praise of red ink 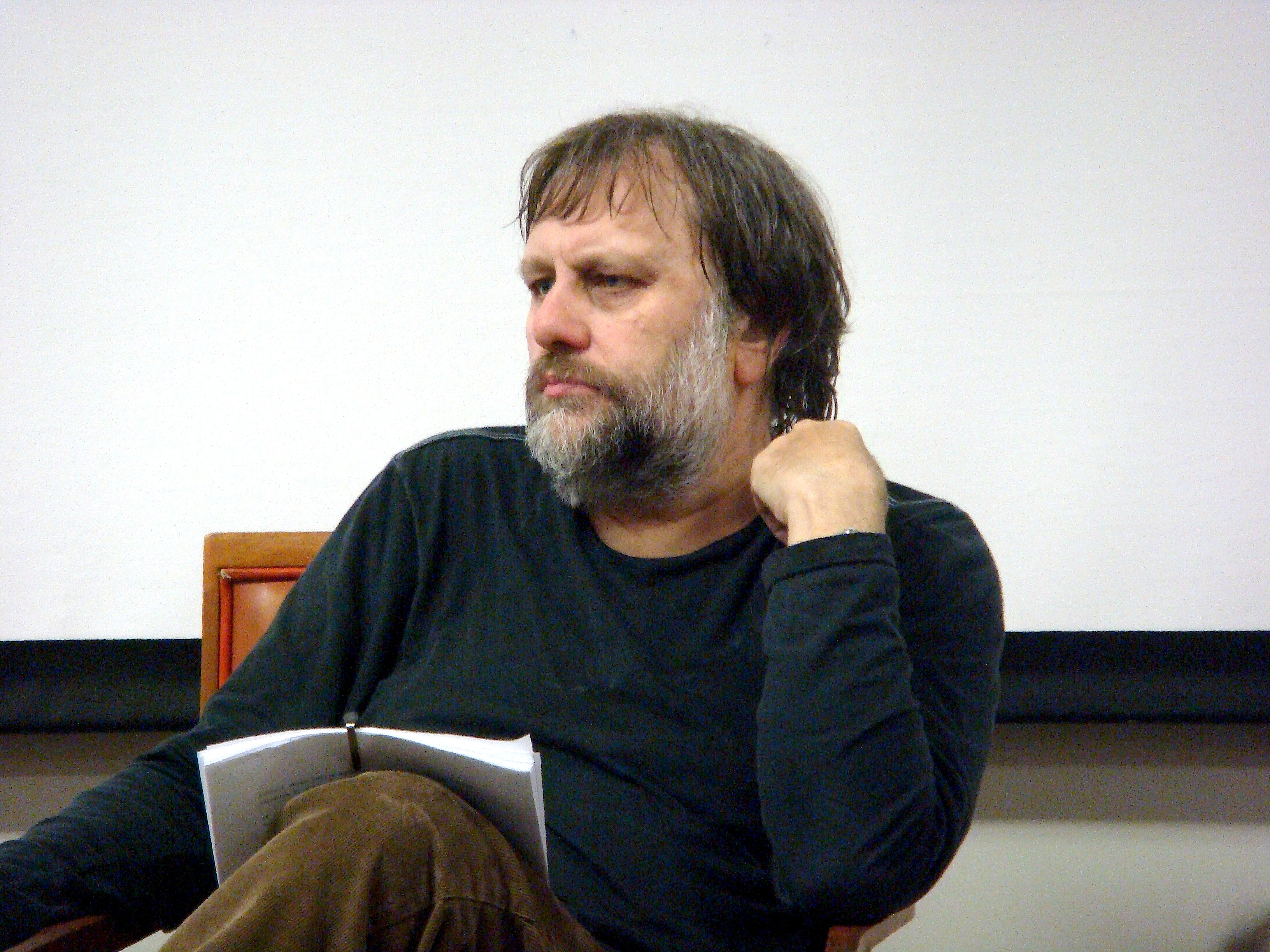 No, not that sort of red ink. We are not praising the wrong side of the accounting ledger. Alert readers will recall a review by Christie Davies in our January issue of Slavoj Žižek’s book Žižek’s Jokes, a philosophically oriented chrestomathy of jests, anecdotes, fables, allegories, and one-liners (“Did you hear the one about Hegel and Negation?”). Generously represented are various chestnuts from the grim archive of totalitarian humor. A friend called our attention to this classic specimen:

In an old joke from the defunct German Democratic Republic, a German worker gets a job in Siberia; aware of how all mail will be read by censors, he tells his friends: “Let’s establish a code: if a letter you will get from me is written in ordinary blue ink, it is true; if it is written in red ink, it is false.” After a month, his friends get the first letter, written in blue ink: “Everything is wonderful here: stores are full, food is abundant, apartments are large and properly heated, movie theaters show films from the West, there are many beautiful girls ready for an affair—the only thing unavailable is red ink.”

Let us acknowledge straight away that Slavoj Žižek, that beacon of polysyllabic academic leftism and menacing inscrutability, is not a thinker to whom we generally look for enlightenment or, indeed, for humor, except inadvertent. Nor are we confident that he understands this story in quite the same way we do. But he touches on something essential when he observes that “What this lack of red ink means is that, today, all the main terms we use to designate the present conflict—‘war on terror,’ ‘democracy and freedom,’ ‘human rights,’ etc.—are false terms, mystifying our perception of the situation instead of allowing us to think it.”

“Etc.” What do you suppose belongs in that capacious codicil? Hold that thought. We have some suggestions. As we say, we suspect that we would supply a very different account from Slavoj Žižek about the moral, conceptual, and political incapacities to which our “lack of red ink” condemns us. But he is surely right to suggest that we are in the midst of a great mystification. And he is right, too, that language, a prime tool in our quest for understanding, has been perverted, emasculated, rendered strangely incapable of achieving traction with the realities it attempts to describe.

Back in 2008, we published a special pamphlet on the subject of “Free Speech in an Age of Jihad.” In our January issue, we devoted seven essays to the subject of the fate of free speech in the West. Last month, we took up the subject again in this space. If we return to it yet again now, it is because the threats to free speech seem suddenly more numerous and multifaceted. We thought we had plenty of red ink in the cupboard, ready for use. It turns out all the bottles were empty or mislabeled.

That is an oblique way of saying that we seem to find it harder and harder to tell the truth about . . . well, about almost anything that matters and that people may disagree about. It used to be that in Civics 101 we were taught about the virtues of toleration and its importance to a free society in which competing interests thrived. But then some clever people noticed that one tolerates only what one dislikes or disapproves of, and tolerance was quietly rusticated at about the same time that classes in civics had to make way for sermons about the virtues of multiculturalism and so-called “global citizenship” (exactly what civitas is involved in “global citizenship”?) Today, the customary demand is no longer for tolerance but rather for wholesale approbation or celebration. When that process was sufficiently established, tolerance was firmly enrolled in the ever-expanding lexicon of reactionary vices.

We have often had occasion in this space to cite George Orwell’s observation that calling things by their real names is a precondition for escaping the blue-ink miasma of Newspeak. Political correctness exists to sabotage that challenge to conformity. In a recent article on his website steynonline.com, Mark Steyn observes that “the point of free speech is for the speech you hate. If you don’t believe in free speech for those you hate, you don’t believe in free speech at all.” It was not so long ago that, in the West, such remnants from the civics classes of yore were clichés, taken-for-granted bits of common wisdom. Everyone knew the declaration that “I may disapprove of what you say, but I will defend to the death your right to say it.” When was the last time you heard an academic commissar or prominent politician, to say nothing of an Islamic cleric, affirm that scrap of Enlightenment hope?

In the month since our last Note, when we mentioned January’s massacre at the offices of Charlie Hebdo and a Jewish supermarket in Paris, we’ve heard a lot more from representatives of the Religion of Peace. ISIS (or whatever their preferred acronym is this week) beheaded some twenty Coptic Christians, incinerated a caged Jordanian pilot, and—this just in—incinerated another forty-five hostages in Iraq. In Denmark, a Muslim gunman attacked a free-speech event in Copenhagen. The main target was likely the cartoonist Lars Vilks, creator of one of the famous “Danish cartoons” caricaturing Mohammed. The gunman missed Vilks but killed one other participant, wounded three policeman, and then went on to kill one more person outside a synagogue. The New York Times, on its front page, informed readers that “Anger of Suspect in Danish Killings Is Seen as Only Loosely Tied to Islam.” Agnieszka Kolek, who witnessed the attack, would dispute that. “I could hear him shouting ‘Allahu Akbar,’ ” she said.

Did you know that Sweden is now the rape capital of the West? Violent crime in general has risen by some 300 percent in the Scandinavian fastness since 1975, but rape, including gang rape, has soared by nearly 1,500 percent, from 421 reported cases in 1975 to 6,620 in 2014. Why do we mention 1975? Because that was the year the Swedish legislature decided to adopt a policy of multiculturalism and set about transforming Sweden from a largely homogenous society into an aggressively multiethnic one. Muslim immigrants from Iraq, Syria, Libya, and, especially, Somalia poured into the country. Snapshot: in 2002, 85 percent of those sentenced to at least two years in prison for rape were foreign-born or second-generation immigrants. This is not the sort of statistic—and there are plenty more where that came from—calculated to mollify multiculturalists. Indeed, such statistics are red-ink enablers. Michael Hess, a member of the Sweden Democrat Party, got it exactly right when he observed that “it is deeply rooted in Islam’s culture to rape and brutalize women who refuse to comply with Islamic teachings. There is a strong connection between rapes in Sweden and the number of immigrants from MENA countries [Middle East and North Africa].” For saying that, Hess was handed a fine and a suspended jail sentence by a Swedish court. Was what he said untrue? Didn’t matter. Truth was not something the court cared about: “The Court notes that the question of whether or not Michael Hess’s pronouncement is true, or appeared to be true to Michael Hess, has no bearing on the case. Michael Hess’s statement must be judged based on its timing and context.”

The idea is not merely to ban gratuitous ridicule—which, by the way, sensible people realize government should not do (and, under our Constitution, may not do) even if they themselves are repulsed by gratuitous ridicule. The objective is to ban all critical examination of Islam, period—even though Islamic supremacism, a mainstream interpretation of Islam, happens to be a top national-security threat that we sorely need to examine if we want to understand and defeat our enemies.

The really sobering thing is that Islamists do not have a monopoly on this campaign against red ink. Mark Steyn, in the column cited above, quotes Jonathan Turley, a liberal professor at George Washington University, who recently observed on his website that “the greatest threat facing free speech today is found in Western governments, which have increasingly criminalized and prosecuted speech, particularly anti-religious speech. Once the defining right of Western Civilization, free speech is dying in the West and few world leaders truly mourn its passing. Around the world, speech is under attack under an array of hate speech and anti-discrimination laws.” The encouraging thing is that even liberal academics may be waking up to the threat to free speech. The discouraging thing is that Turley is absolutely correct: free speech is under attack, by Western governments as much as by Islamists. Item: last month The Guardian in London reported that Yvette Cooper, the shadow home secretary, wants people “convicted of homophobic, transgender or disability hate crime [to] be put on a ‘blacklist’ to warn future employers of past misdemeanours.”

So it’s not just Islam that must be exempt from commentary, but the entire left-wing menu of approved causes and attitudes. Cooper touches on various refugees from a text by Havelock Ellis and the ever-growing category of “disability” but she might just as well have included such old favorites as environmentalism and feminism. Where do all these newly minted victims appear on the radar of Islamists? It doesn’t matter. At least, it doesn’t matter right now if you happen to live in the West and so are unlikely, if homosexual, to be tortured and then tossed off a multistory structure to your death. As Mark Steyn observed in commenting on Cooper’s proposals, “right now the leftie sexual identity groups are happy to make common cause with the Islamocrazies because they’re both about shutting people up.”

Shutting people up. That’s the new game in town, and it makes for strange (if temporary) bedfellows: Islamists and pinko politicians, left-wing academics and certain crusading right-wingers worried about blasphemy. Our lack of red ink does not only silence us, it also makes it impossible to comprehend or name the realities before our eyes. We have often observed in this space the irony that what began as a demand for absolute freedom of speech in the 1960s has mutated—or perhaps we should say “matured”—into a totalitarian demand for conformity. The resulting disability affects our language, our perception of the world, our ability to delineate the truth that is before our eyes. This is not the first time we have suffered from this collective cognitive deformation, but the precedents are not encouraging. Ponder, to take just one example, this news item from The New York Times in 1922: “New Popular Idol Rises In Bavaria,” reads the headline. “Several reliable, well-informed sources,” the Times reported, “confirmed the idea that Hitler’s anti-Semitism was not so genuine or violent as it sounded, and that he was merely using anti-Semitic propaganda as a bait to catch masses of followers.” Nothing to see here. Move along. Above all, shut up.

IV Wanting it both ways

In praise of red ink