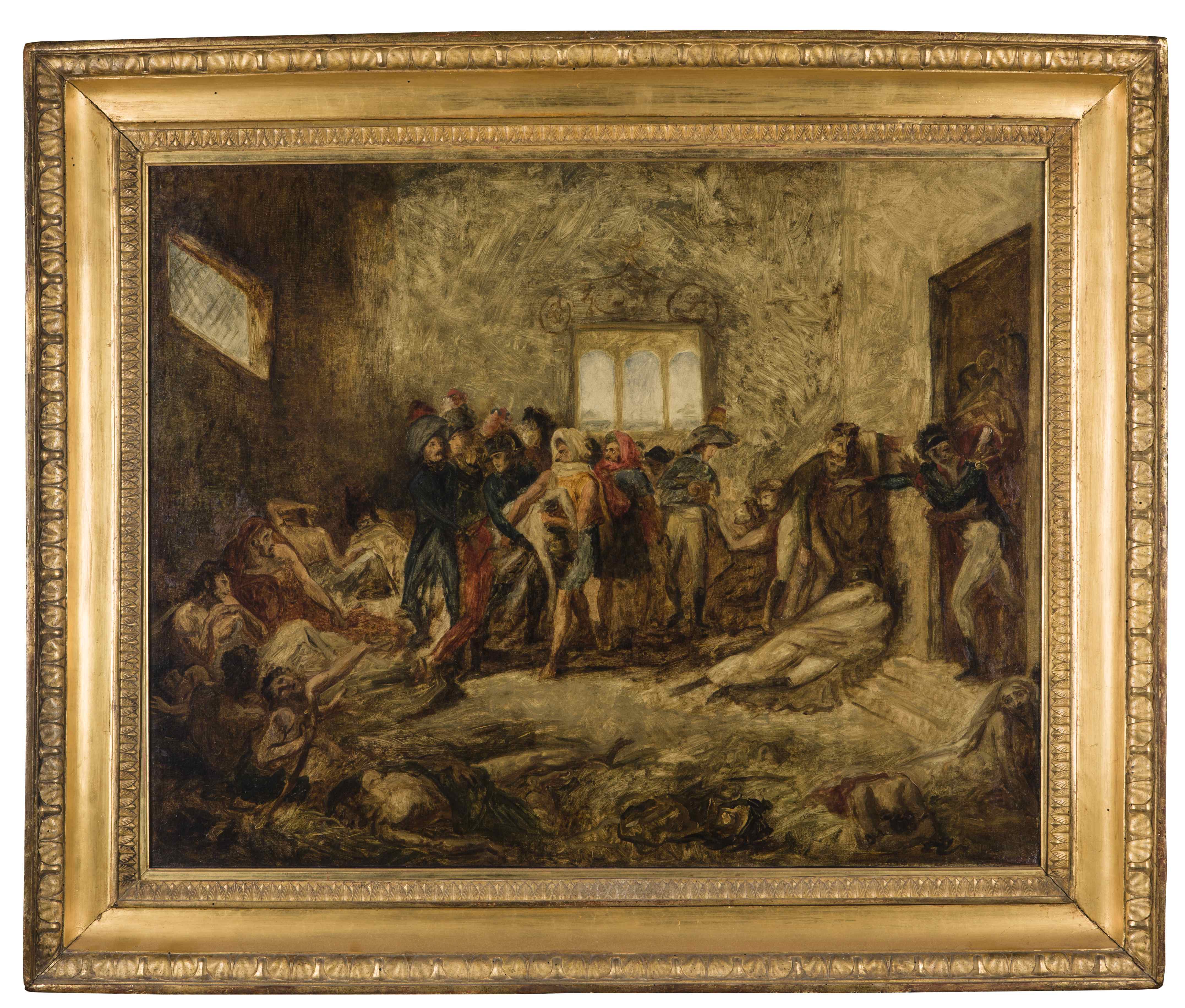 In an era of “megashows” (the examples are too myriad to list), there is something refreshing about an exhibition that knows its limits. A narrow scope needn’t be evidence of a lack of ambition; the effects of art may indeed be heightened by a closely cropped show of just a few works, the impressions of each magnified by the lack of competition. Such is the case with “Orientalism: Taking and Making” at the New Orleans Museum of Art, a one-room show whose tightly constructed array of works offers a strong argument for the virtues of the small exhibition, despite the presence of an inapposite title and “theoretical framework,” that of so-called “Orientalism.”

The primary, though by no means only, attraction is the so-called First Sketch for the Pest House at Jaffa (1804), a preparatory version for the famous painting by the Baron Gros that hangs in the Louvre. The New Orleans version, executed in blotchy oil, differs considerably from the final painting, exhibited at the Salon of 1804 and rightly celebrated as one of the great achievements of Napoléon’s extensive program of artistic propaganda. Commissioned by Vivant Denon, the antiquarian and director of Napoléon’s state-sanctioned scheme for the spiriting away of notable artworks, and whose name seems to have been a parental provocation towards the idea that all men must die, the final painting is a sparkling achievement of that now much denigrated genre, history painting. Like all history paintings, it sets up as a monumental tableau, revealing anecdotal details throughout. Like all good history paintings, there is a clear center of action, an anchor to which the rest of the scenes subordinate themselves (think of David’s Intervention of the Sabine Women). In the final painting, this role is occupied by Bonaparte, famously Christ-like, exhibiting the “thaumaturgic” touch, curing a bedraggled soldier who suffers from boils (technically buboes) owing to the plague. The painting, in its finished state, is a masterclass in propaganda. Bonaparte had been subject to damaging rumors that in 1799, the year the painting depicts, the general had commanded that fifty plague-afflicted soldiers in Jaffa (present-day Israel) be poisoned during the already embarrassing retreat from Syria. Whether the rumors were true or not, the painting, as finished, achieves its goal of subverting them. It stands as a compelling monument to the greatness of Napoléon, overcoming any suggestion that the scene is contrived. Even to the modern eye, which knows well the artificiality of the scene, there is a palpable sense of the General’s potency. One can only imagine the reception at the Salon. The trope co-opted by Napoléon is a strong one, playing off both the healing power of Christ and the historical precedent of the French kings’ practice of thaumaturgy. Gros’s rendering of the scene is an almost comical opposite of the rumors it sought to dispel. That it works at all is a testament to the artist’s command of both brush and composition.

The First Sketch lacks entirely the polish of the final version. Not yet seen are the tall Alhambra-esque arches that frame the background: here they are replaced by a dingy framing wall with a square opening that holds what became the monumental arches. Without the clearly Islamic architectural setting, the painting loses much of its “Orientalist” sense. It’s a generic scene of suffering, not the gruesome displacement of the final version, made even more gruesome by the foreignness of the scene, which makes clear just how unsuited the dying French soldiers are for desert warfare. But what is heightened in the sketch, aided by the throwing off of the final version’s gloss, is the sense of torment. The splayed bodies, acute studies of anatomy in the completed painting, are writhing ghouls in the sketch, spectral clumps of diseased skin that melt into the dirt floor. The bodies lose their classicism and devolve into mere shapes, as if a Pompeian wall painter channeled Max Beckmann. We can’t even recognize which figure is Napoléon: two figures bear the military costume but neither stands in the same position as that of the General in the final version. The sketch functions not as a handsomely executed piece of propaganda (like its descendant), but as a grim evocation of the plague that suffuses the dying soldiers.

While certainly the most stimulating work in the exhibition, the Gros sketch is not the only treasure. Particularly haunting is a portrait by Robert Henri, entitled The Blue Kimono (1909). In it, a Japanese-American, the so-called “Miss Kaji,” stands erect, traditional costume wrapped tightly around her lithe figure. Her face is a painted mask, her makeup applied blotchily and hair projecting upwards, as if a wig. Her buckteeth project past her lips ringed with red lipstick, framed by a surfeit of rouge on her cheeks. Her recessed eyes contribute to the overall sense that her face is a grotesquerie, a Punch and Judy mask. The effect is remarkably unsettling. The museum shrewdly pairs the painting with a photograph of a Seated Chinese Woman from the 1860s, taken by the American photographer Milton H. Miller, who gained fame for his portraits taken in China. The show, with its preachy description of the way that the works “remind of us the dark side of one culture summarizing another,” seems to want to suggest a connection between the monstrously bound feet of the Chinese woman in the photograph and the constriction felt by Miss Kaji in Henri’s portrait. With a title like “Orientalism,” the show’s intent lies in attempting to expose the dreaded “Western gaze.” But perceptive visitors will see mainly the artistic skill in the paired portraits. Both remove any sense that the figures depicted are humans; one can sense no beating heart in either. They are dolls, models. They are not meant to be imbued with life; in fact, it’s the opposite and the artists’ talents lie in making it so. If this is “Orientalism,” so be it, but the tradition of presenting females in portraiture as models or paradigms originates far beyond Edward Said’s 1970s coinage. 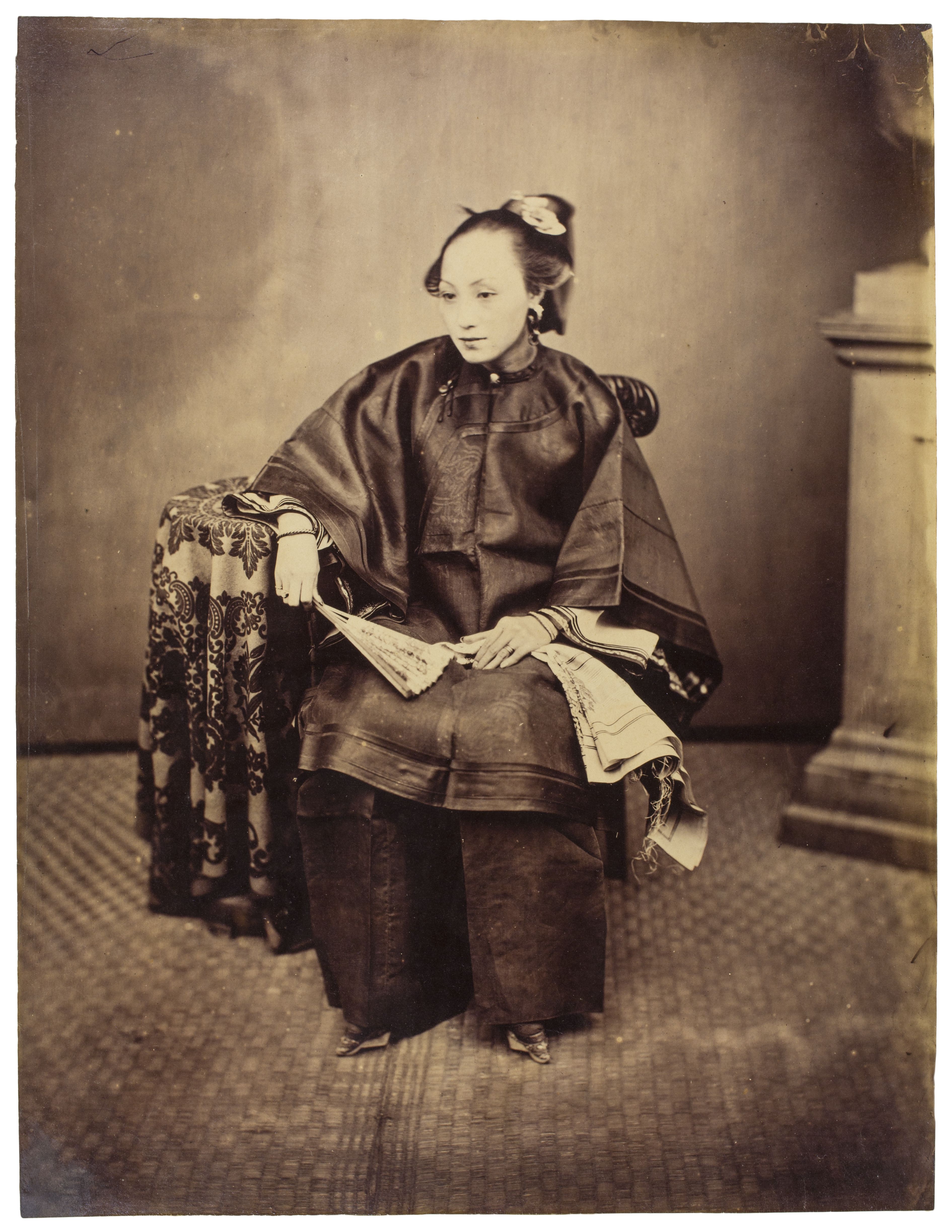 Title aside, the show is a roaring success. The assembled works converge around a common theme (Western depictions of Eastern forms) but do not belabor it. The room is concise but variegated: we have everything from fanciful Meissen porcelain figures to two paintings by Gérôme, one of which continues the snake-charming motif but lacks the vibrancy of the better-known version at the Clark in Williamstown. The curators even managed to squeeze in a piece of furniture, a chair by the German-American craftsman George Jakob Hunziger that prefigures the bamboo and rattan so popular in certain Southern resorts. Does the exhibition give “us complicated and conflicted material” surrounding the way “exoticism continues to color the ways we view other cultures today”? Probably not, or not at least in the way the exhibition intends. But if we can ignore the academic jargon we find a tightly edited exhibit with nary a dud among the featured objects, all of which have a durable relation to the theme. The scope is right and so are the artworks. That should be enough of an achievement to sate most visitors.

I Roger Scruton: defender of the soul & civilization by Daniel J. Mahoney

III Not so great by William Voegeli

IV The bright ghosts of antiquity by John Talbot