Shut up, they explained 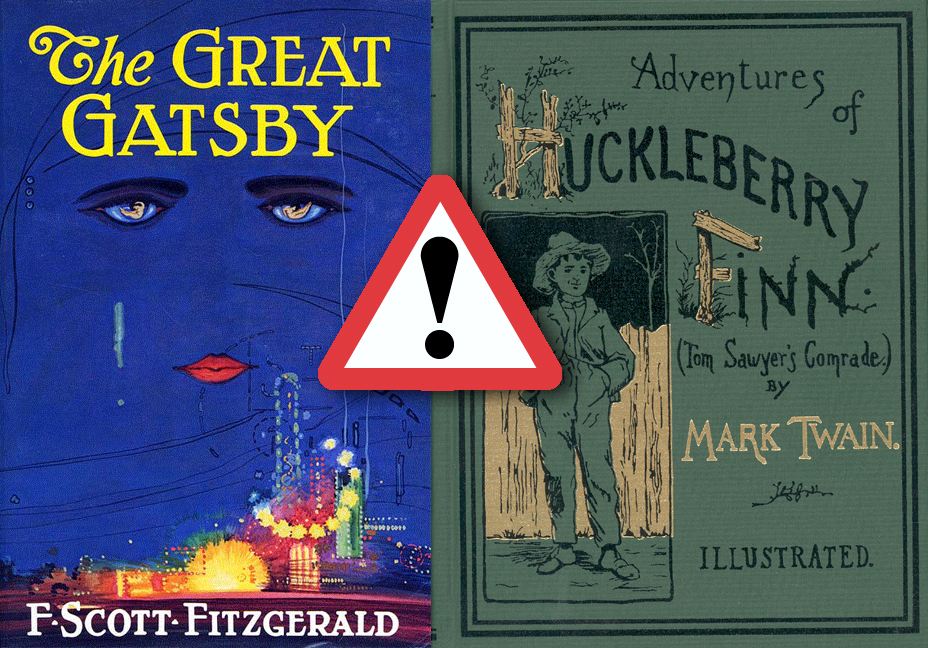 Last month, reflecting on the dismal significance of Brandeis University’s decision to rescind its invitation to have Ayaan Hirsi Ali speak at its commencement ceremony, we noted the irony that what began as the free-speech movement in Berkeley in 1964 evolved into the politically correct, conformity-for-all movement that reigns supreme on college campuses today. As we write, it is the high tide of what Greg Lukianoff, the President of the Foundation for Individual Rights in Education (FIRE), calls the “disinvitation season.” Ms. Hirsi Ali is but one of many casualties. The distinguished scholar Charles Murray found himself disinvited (“postponed” was the euphemism of choice) from Azusa Pacific University last month even as former Secretary of State Condoleezza Rice withdrew from speaking at Rutgers University after campus protests indicated how unwelcome she would have been. The three individuals mentioned here, despite their very different interests and perspectives on the world, might all reasonably be described as “conservative.” But political coloration by itself confers no immunity from the commissars of correctitude in today’s academic gulags. Thus even Christine Lagarde, the left-leaning E.U.-philic chief of the International Monetary Fund, had to forgo her Commencement speech at Smith College after students and faculty protested that the IMF was a “corrupt system” that, as one news report put it, “fuels oppression and abuse of women worldwide.”

While you ponder why fueling “oppression and abuse of women worldwide” would be worse than oppressing and abusing men (let alone how sharing the fruits of capitalistic prosperity is “oppressive”), you may also wonder exactly what sort of person does pass muster on today’s campuses. One shoo-in was Distinguished Professor Emerita Angela Davis, who spoke, for a reported fee of $20,000 plus first-class travel, last month at Dartmouth College at an event sponsored by the “Center for Gender and Student Engagement.” (You really can’t make it up.) Just a reminder: Professor Davis (she is retired from the “History of Consciousness” program at the University of California, Santa Cruz) is the notorious Sixties radical and Communist Party member who provided guns for a hostage-taking that resulted in the death of a judge and three other men in 1970. That escapade earned her a charge of aggravated kidnapping and first-degree murder as well as a place on the FBI’s ten most-wanted list. So far as we have been able to determine, there were no protests, sit-ins, petitions, or philippics about her appearance.

There has been a lot of commentary about the new culture of intolerance—what Ruth Wisse, writing recently in The Wall Street Journal, called “The Closing of the Collegiate Mind”—that has installed itself at the center of academic life. Some of the commentary is outraged. Some is scolding. Some, like “Dear Class of 2014: Thanks for Not Disinviting Me” by the Yale law professor Stephen L. Carter, is acerbically satirical. Once upon a time, Professor Carter observes, “Staking out an unpopular position was admired—and the admiration, in turn, provided excellent training in the virtues of tolerance on the one hand and, on the other, integrity.” How times change. “Your generation, I am pleased to say, seems to be doing away with all that. There’s no need for the ritual give-and-take of serious argument when, in your early twenties, you already know the answers to all questions.”

It used to be said of the graduates of the elite École Normale Supérieure that they knew everything; unfortunately, that was all they knew. Such vacuous omniscience is inseparable from the illiberal liberalism that the culture of political correctness enforces. If one has peered into the heart of the universe and understood everything, then dissent from the prevailing orthodoxy appears not as a difference of opinion but as heresy. The proper response to heresy is not argument but prohibition. Thus it is that so much debate today takes the form of Ring Lardner’s expostulation: “Shut up, he explained.” Campus culture is so instinct with moralism because it is wedded to an unearned certainty. As earlier devotees of the genre understood, virtue can countenance no doubts. Robespierre articulated the essential dynamics of this species of political correctness when he spoke of “virtue and its emanation, terror.” Contemporary colleges do not—not yet—field guillotines, but they are nevertheless sedulous in (metaphorically) severing heads from bodies. The great irony is that the cult of conformity, underwritten by a minatory if amorphous leftism, has taken root in an institution whose stated purpose was to foster a liberal spirit of inquiry and debate.

One of the latest signs of campus capitulation is the widespread injunction that students from successful families, especially white, male students from successful families, “check their privilege,” i.e., that they apologize for not only their achievements but also their very being. The Harvard Crimson, for example, reports that “Kennedy School Students Call for Training To Combat Privilege in Classroom.” What the poor dears want is “a mandatory orientation program to help incoming students and faculty better recognize and address race and gender in the classroom.” It would be mandatory, of course. That’s the dream: a world in which everything that is not mandatory is forbidden.

There remain little oases of vitality, of manly impatience with the feminized, hothouse atmosphere of political correctness. Tal Fortgang, an undergraduate at Princeton, treated that demand with some of the contempt it deserves in an essay for The Princeton Tory. “I do not accuse those who ‘check’ me and my perspective of overt racism,” Mr. Fortgang begins,

But I do condemn them for diminishing everything I have personally accomplished, all the hard work I have done in my life, and for ascribing all the fruit I reap not to the seeds I sow but to some invisible patron saint of white maleness who places it out for me before I even arrive. Furthermore, I condemn them for . . . declaring that we are all governed by invisible forces (some would call them “stigmas” or “societal norms”), that our nation runs on racist and sexist conspiracies. Forget “you didn’t build that”; check your privilege and realize that nothing you have accomplished is real.

Mr. Fortgang proceeds with a little personal history, including the “privilege” of having his Polish grandfather chased out of his native land by the Nazis and finding grim refuge in a displaced persons camp in Siberia, where he did hard labor for years. He goes on to minute the “privilege” his grandmother had of “spending weeks upon weeks on a death march through Polish forests in subzero temperatures, one of just a handful to survive, only to be put in Bergen-Belsen concentration camp where she would have died but for the Allied forces who liberated her and helped her regain her health when her weight dwindled to barely eighty pounds.” His grandparents made their penniless way to America, where they worked hard and started a wicker business and managed to send their children to City College. “I have checked my privilege,” Mr. Fortgang concludes, “And I apologize for nothing.”

Good for him, we say. It is refreshing to know that an abundance of red corpuscles is still possible in they ivied bowers of our elite schools. But Tal Fortgang represents not the mainstream of the academic spirit but an endangered tributary. Much more characteristic, alas, is the spirit detailed in “Warning: The Literary Canon Could Make Students Squirm,” an extraordinary front-page story in The New York Times last month, that described a new initiative on college campuses to include “trigger warnings” to alert unwary students that what they were about to read or witness might be disturbing. What are “triggers”? A draft guide from Oblerin College explains: “Triggers are not only relevant to sexual misconduct, but also to anything that might cause trauma. Be aware of racism, classism, sexism, heterosexism, cissexism [don’t ask], ableism, and other issues of privilege and oppression.” The Merchant of Venice, for example, must be “traumatic” for Jewish students because it depicts anti-Semitism. By the same token, The Adventures of Huckleberry Finn might “trigger” trauma among black students because it depicts slavery in the American South. Then there is The Great Gatsby, whose scenes of violence and male privilege might be upsetting to certain feminists. A tender, logically challenged creature called Bailey Loverin, a sophomore at the University of California, Santa Barbara, wants campus-wide trigger warnings. The idea came to her after a professor showed a graphic film depicting rape. “People,” Ms. Loverin told the Times, “suddenly feel a very real threat to their safety—even if it is perceived. They are stuck in a classroom where they can’t get out, or if they do try to leave, it is suddenly going to be very public.”

So here we are. College used to be a place where one went to be educated—that is, to be “led out” from one’s parochial assumptions about the world to consider “the best that has been thought and said.” In his poem “The Archaic Torso of Apollo,” Rilke dramatizes the essential metabolism—what was the essential metabolism—of the liberal arts. Gazing upon that ancient fragment, he not only imagines the world of which it was a part, he also recognizes the call that it issues to us now, more than 2000 years later: “You must change your life.” A liberal arts education used to be about transforming lives. More and more, alas, it is about assuring conformity and immunizing its charges against change. The question arises, why should we support and “privilege” an institution that has so ostentatiously betrayed its purpose?

Shut up, they explained