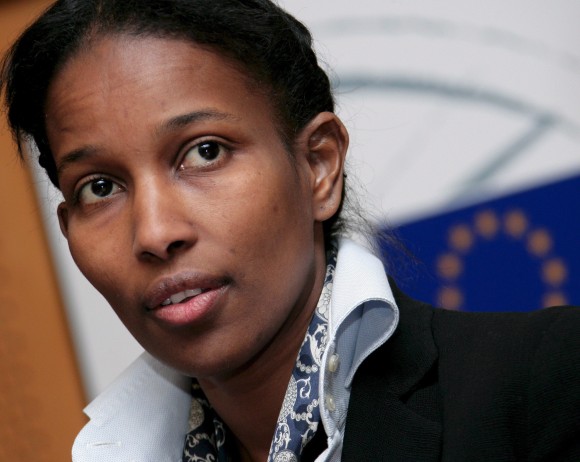 We have often had occasion in these pages to remark on the irony that the “free-speech movement,” which began in 1964 in the tumult of Berkeley, has over the years mutated into something close to the opposite: an anti-free-speech movement. It is not at all uncommon, on our nation’s campuses, to find academics decrying academic freedom in the name of a putative higher virtue. Consider, to take just one example, the Harvard professor of French who opined at an “anti-racism” conference that “professors should have less freedom of expression than writers and artists, because professors are supposed to be creating a better world.”

A similar process of mutation or reversal has been at work throughout the so-called liberal institutions of Western societies: in corporate board rooms no less than in the media, government bureaucracies, and such cultural institutions as museums. Indeed, the metastasis of illiberal liberalism beyond the protected purlieus of academia is one of the signal cultural deformations of our time. What it tokens is nothing less than the potential eclipse of that robust understanding of liberal society that has informed the self-understanding of Anglosphere society from the time of Runnymede. At its core stand the ideals of free speech, religious liberty, and equality before the law. The repudiation of such values—and the value of limited government, which is a political precondition for the thriving of those ideals—has underwritten the redefinition of “liberalism” from “championing freedom” to “illiberal politically correct conformity.”

The headlines bring examples of this baneful process at work almost daily. What does it mean, for example, that Brendan Eich, the sometime-CEO of the software company Mozilla, should be forced from office because he made a $1,000 contribution in 2008 to support the traditional idea of marriage? Are you surprised that the Middle East Forum website, overseen by the distinguished scholar Daniel Pipes, should be banned from the British Library under the rubric “Religion, Intolerance”? Or what about the news, just out as we write, that the courageous Ayaan Hirsi Ali, the Somali-born screenwriter and human-rights activist, should find herself first invited to Brandeis University to receive an honorary degree and then, a few days and several rabid petitions later, discover that the offer had been summarily withdrawn?

Many of our readers will be familiar with Ms. Hirsi Ali. A Muslim apostate, she was granted political asylum in the Netherlands in 1992. She became a Dutch citizen, evaded an arranged marriage with a stranger, served in the Dutch Parliament, and collaborated in 2004 with Theo van Gogh (great-grandnephew of the painter) on Submission, a film critical of Islam’s treatment of women. Shortly after the film was released, Mr. van Gogh was brutally murdered in the street by one Mohammed Bouyeri, who objected to the portrayal of Islam as a violent, intolerant, and misogynistic “cult of death” (to use a phrase employed by Ms. Hirsi Ali). Bouyeri shot van Gogh eight times in the chest, slit his throat with a butcher knife, almost severing his head, and then skewered a five-page screed to his body with a smaller knife. The rambling missive was mostly a death threat to Ms. Hirsi Ali, who went into hiding under the protection of the Dutch secret service. In 2006, after a Dutch court ordered her out of her state-protected house in the Hague, she moved to the United States, becoming an American citizen in 2013. Her autobiography, Infidel, and tireless campaigning for individual liberty and women’s rights, especially in Muslim countries where the barbaric practice of female genital mutilation is routine, won her many admirers in the West.

It also won her the undying enmity of Islamists in Europe and the United States. No sooner had Brandeis announced its intention of honoring Ms. Hirsi Ali than Sarah Fahmy, a Muslim student at Brandeis, organized a petition at Change.org protesting the honor. There are about 350 faculty at Brandeis. Assistant Professor Joseph E. B. Lumbard, a Muslim convert, helped garner signatures from eighty-five of them for a typically rabid faculty petition against honoring Hirsi Ali. Expressing sorrow that Brandeis would choose such a “divisive individual” to honor, these coddled members of the Brandeis faculty thundered, “We cannot accept Ms. Hirsi Ali’s triumphalist narrative of western civilization, rooted in a core belief of the cultural backwardness of non-western peoples.” How many of those eighty-five faculty, we wonder, have experienced “the cultural backwardness of non-western peoples” as vividly as the Somali-born Ayaan Hirsi Ali?

CAIR, the Council on American Islamic Relations, also got into the act, sending Brandeis President Frederick M. Lawrence a letter denouncing Hirsi Ali as a “notorious Islamophobe.” It is worth pausing to describe CAIR. Some innocent people assume it’s the Muslim equivalent of the Knights of Columbus, B’nai B’rith, or the Benevolent and Protective Order of Elks. The reality is not so innocuous. Organized in 1994, CAIR arose out of the Islamic Association for Palestine, an entity created by the Muslim Brotherhood’s American network to promote Hamas, the Brotherhood’s Palestinian branch dedicated to Israel’s annihilation. As Andrew C. McCarthy put it, CAIR was and is an Islamic supremacist organization masquerading as a civil rights group. Its modus operandi is intimidation, its goals include stamping out criticism of Islam and, ultimately, the institution of Sharia—
Islamic law—in the United States. CAIR was an unindicted coconspirator in the 2007–08 terror-financing prosecution known as the Holy Land Foundation case. The HLF, which was designated a terrorist organization by the U.S. government in 2001, had been the largest Muslim charity in the Untied States before it was shut down and its assets seized. As McCarthy notes, “Despite its Hamas roots and terror ties, the most disturbing aspect of CAIR is its accomplishment of the Muslim Brotherhood’s precise aspiration for it. Thanks to its media savvy and the credulousness of government officials and press outlets, which have treated it as the ‘civil rights’ group it purports to be rather than the Islamist spearhead that it is, CAIR has been a constant thorn in the side of American national defense.”

A thorn, too, in the side of craven academic administrators like Frederick M. Lawrence. The historian Jeffery Herf, who holds a Ph.D. from Brandeis, was justified in expressing, in an open letter, his disgust at Lawrence’s “act of cowardice and appeasement.” Herf writes: “That the president of a university founded by Jews in the immediate aftermath of the Holocaust should have rescinded an honor to a woman who has had the courage to attack the most important source of Jew-hatred in the world today is a disgraceful act and a failure of leadership.” Could Lawrence have capitulated any more quickly to CAIR and the home-grown Islamophilic protestors at Brandeis? “For all concerned,” an official Brandeis statement whinged, “we regret that we were not aware of Ms. Hirsi Ali’s record of anti-Islam statements, though those comments have been fairly widely publicized.” Indeed. So widely publicized, in fact, that they might be said to be central to Ms. Hirsi Ali’s reputation. The woman who was named by Time as one of the 100 most influential people in the world in 2005, the crusader whom Reader’s Digest called “European of the Year” in 2006, did not win those plaudits for her skill at equivocation. “It is scarcely credible,” Hirsi Ali noted, that Brandeis didn’t know about her position on Islam. No, in rescinding his invitation, Frederick M. Lawrence was not only cowardly—he was mendacious. There was nothing high-minded about his disgusting capitulation to the forces of intolerance and political correctness. As Hirsi Ali put it, “What was initially intended as an honor has now devolved into a moment of shaming.”

Yet the slur on my reputation is not the worst aspect of this episode. More deplorable is that an institution set up on the basis of religious freedom should today so deeply betray its own founding principles. The “spirit of free expression” referred to in the Brandeis statement has been stifled here, as my critics have achieved their objective of preventing me from addressing the graduating Class of 2014. Neither Brandeis nor my critics knew or even inquired as to what I might say. They simply wanted me to be silenced.

Exactly. Ayaan Hirsi Ali has said things that offend certain people—people, moreover, who occupy an exalted position in what National Review’s Charles Cooke has described as the “Left’s hierarchy of victims.” The old liberalism—the liberalism of Burke, say, or (parts of) John Stuart Mill—didn’t worry much about offending people. It sought political freedom, freedom of conscience, and freedom to seek the truth. It understood that the best answer to speech you find offensive was not interdiction but more speech. The new illiberal liberalism, on the contrary, prattles on about tolerance and diversity, but it practices intolerance and demands conformity whenever it is challenged. “Racism.” “Homophobia.” “Islamophobia.” These are the weapons in its armory of intimidation: not so much torts as silencers in a war of ideological grievance-mongering.

Fredrick M. Lawrence and his band of self-regarding, intolerant cowards had no idea what Ayaan Hirsi Ali might tell the class of 2014. Fortunately, The Wall Street Journal published the gist of her intended remarks after Lawrence caved into the forces of Islamic intimidation. “Just as the city of Boston was once the cradle of a new ideal of liberty,” she wrote, “we need to return to our roots by becoming once again a beacon of free thought and civility for the twenty-first century.”

When there is injustice, we need to speak out, not simply with condemnation, but with concrete actions.

One of the best places to do that is in our institutions of higher learning. We need to make our universities temples not of dogmatic orthodoxy, but of truly critical thinking, where all ideas are welcome and where civil debate is encouraged. I’m used to being shouted down on campuses, so I am grateful for the opportunity to address you today. I do not expect all of you to agree with me, but I very much appreciate your willingness to listen. . . .

The motto of Brandeis University is “Truth even unto its innermost parts.” That is my motto too. For it is only through truth, unsparing truth, that your generation can hope to do better than mine in the struggle for peace, freedom, and equality of the sexes.

The disgusting exhibition of intolerance at Brandeis has implications far beyond Ayaan Hirsi Ali, just as Brendan Eich’s ouster at Mozilla or the British Library’s censorship of the Middle East Forum’s website has significance far beyond the particulars of the individuals involved. What we are witnessing is the establishment of a network of intolerance that employs the rhetoric of liberalism in order to pursue an illiberal agenda of conformity. Participants in this orgy of intolerance are intoxicated by the spectacle of their own virtue, and believe that, since they are crusading to punish the benighted, they are themselves immune from future crusaders. Richard Fernandez, writing at PJ Media, suggests just how mistaken they are. “It was the late Gerald Ford,” Fernandez writes, “who really put his finger on the problem, which to paraphrase Ford, is that ‘any instrument of social coercion big enough to give you everything you want is an instrument big enough to take away everything that you have.’ Build the bonfire and you too can be torched at the stake. Or as Brian equivalently put it to Max in Cabaret: ‘Do you think you can still control them?’ ” Last week it was Brendan Eich and Daniel Pipes. Now it is Ayaan Hirsi Ali. Who’s next?

IV Wanting it both ways