On the frontlines of free speech by David Pryce-Jones 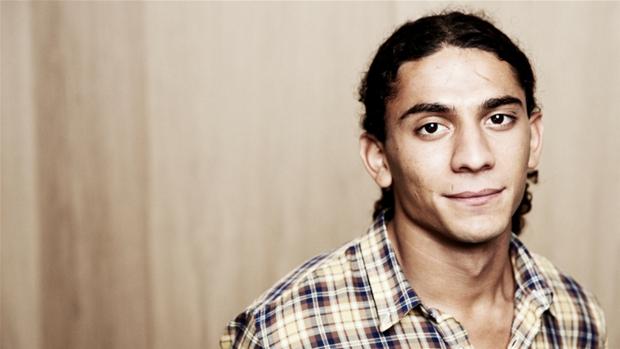 Denmark is a republic with a monarch as head of state, belongs to the European Union, and keeps its own currency. The Danes do things their own way, then. When I was asked if I would accept an invitation to take part in a panel discussion in Copenhagen with the title “Fatwa or free speech?,” I said I would. Also on the panel would be Lars Vilks, the Swedish artist who has been one of the most contentious individuals in the world ever since the publication of his cartoon of the Prophet Muhammad with a bomb for a turban. Extremist Muslims make fairly regular attempts to kill him. Helle Merete Brix has set up a committee to defend him, and she is the organizer of this event. I felt I had to ask her about security. Armed guards would be on the watch round the clock.

On the day I left London, the newspapers were carrying reports of the first British-born Muslim to be a suicide bomber. He’d rammed a truck loaded with explosives into the entrance of the main prison in Damascus. In the town of Crawley in Sussex, he’d left a wife and children. Some in the family or the community said that they would have stopped him if they had had any idea of what he intended to do. They were either covering up or short on curiosity, for it turned out that the bomber had been the regular driver of a preacher of hate so virulent that he’d had to flee from Britain to Beirut to escape arrest.

That day was also the twenty-fifth anniversary of Ayatollah Khomeini’s fatwa condemning Salman Rushdie to death for his novel The Satanic Verses. A head of state calling for the assassination of a particular named citizen from a state not under his jurisdiction has no precedent that I can think of. Khomeini was sweeping aside centuries of diplomacy and the innumerable treaties and conventions that have established the conduct of nations by acting on the claim that Islam gave him universal power over life and death. Following this example, growing numbers of Muslims in one country or another attribute to themselves these self-same powers, imagining that they are “soldiers of Allah.” The Rushdie fatwa serves its purpose as a declaration of war.

Psychological anxiety and perhaps physical intimidation have made it taboo to criticize Islamist assumptions of superiority, or still more of a challenge, to hold them up to ridicule. Anyone like Lars Vilks who tries to do so comes up against the accusation of Islamophobia, a coinage with no real meaning but which ingeniously confuses rational comment and analysis with irrational racism and blasphemy. For the past fifteen or so years, one or another Muslim country has called on the United Nations General Assembly or its Human Rights Committee to condemn Islamophobia and penalize those deemed guilty of it. The fifty-seven countries comprising the Organization of the Islamic Conference (OIC) have set up the so-called Istanbul Process to press for a law that would allow critics of Islam to be prosecuted for blasphemy. Put straightforwardly, the OIC wants to have privilege and protection through international censorship. Hillary Clinton and Catherine Ashton, on behalf of the United States and the European Union respectively, were present during this flagrant attack on free speech. They were accepting that the Istanbul Process had some merit when they should have had nothing to do with it.

Rushdie acknowledges that he intended his novel to stir up a hornet’s nest, and I at first supposed Vilks to be a similar, deliberately provocative character. In his late sixties, a retired professor of art, soft-spoken and fluent in English, Vilks passes in the crowd, evidently an easygoing bohemian like pretty much all Scandinavians. He lives in the south of Sweden in a house off the beaten track. He was once shot at by a would-be murderer, but he just had time to make it into a safe room. Colleen LaRose, otherwise known as Jihad Jane from Pennsylvania, is now imprisoned for her part in a plot to kill him. University students attacked him in the course of a lecture he was giving. Only a few days before, two Albanians had a go breaking one of his windows and throwing in chemicals, but they got it wrong—the chemicals burnt them badly, and they landed in hospital. He’s too recognizable a figure to go to art exhibitions and galleries as he would like. At the conference, the security guards hang around with nothing to do, and he thinks up things to keep them occupied.

Guards frisked everyone entering the hall for the meeting. “If you say I’m a defender of free speech you have already said too much,” Lars Vilks starts to explain. Today there isn’t time to think slowly, he goes on, you have to do what’s simple and easy. Politics today, according to one of a number of striking observations of his, is “a fast-food landscape.” Some years ago, someone made the likeness of a dog out of scrap, and placed it as a public ornament on a roundabout in Sweden. Others copied the idea, cobbled up dogs out of bits of glass, plastic, tins, anything to hand, and set them up on roundabouts until Swedish roads were a sort of outdoor museum. Going one better, Vilks modeled in white clay quite small roundabout dogs, each with the turbaned head of an Arab fitted in such a way that it can nod from side to side. Muslim disdain for dogs has not escaped this conceptual artist, and you can read what you like into that Arab head. Later on, he tells me how out walking one day he came upon a more or less inaccessible beach on the southern coast of Sweden. Driftwood had piled up here, so he constructed out of it what he calls The Piece, as long as it is high, for adults and especially children to clamber upon at risk to themselves. The land on which The Piece stands is stolen, he says, not boastfully but as a matter of fact. Art, in his words, makes him “an equal opportunity offender.”

The European Union has already reinvented blasphemy. Anyone who offends someone else’s group identity is treated in the same way as offending God once was. Recently, Bob Dylan said something about Croats and became a victim of this revived medievalism. In his book New Inquisition, the libertarian John Gower Davies lists thirty-five Acts of Parliament, fifty-two Statutory Instruments, thirteen Codes of Practice, three Codes of Guidance, and sixteen European Commission Directives that deal with various neo-blasphemy crimes within the E.U. To borrow from Orwell, freedom is slavery even in the absence of a one-party regime.

Karl Kraus, the Viennese satirist, wrote The Last Days of Mankind under the shadow of Hitler, and the title of Henryk Broder’s latest book, The Last Days of Europe, waves a hand in that direction. A prolific author and television journalist, Broder disturbs Germany almost as much as Vilks disturbs Sweden. A master of sarcasm and put-down, he can be thought of as the German equivalent of Mark Steyn. In the view he expresses during the panel discussion, it’s not fatwas or any imposition of censorship that make Germany so bland and boring, but the self-censorship that everyone with anything to say automatically adopts. Nobody breaks the politically correct consensus that Islam is a religion of peace, capitalism is bad, climate change is man-made, and Auschwitz is best forgotten. The E.U. is a bad idea, he thinks—so bad that it is certain to vanish, and this book can hardly wait for the return of democracy and freedom.

The rest of the evening was spent in a cafe with people from the audience, a good few of them journalists who wanted to make sure that I had heard about Yahya Hassan. A poet and rapper, the eighteen-year-old Dane of Palestinian origins gave an interview last October with a title that comes straight to the point: “I’m fucking angry at my parents’ generation.” The sensation was immediate, phenomenal. In a population of about five million, a Danish poet can expect to sell a few hundred copies at most. Hassan has sold over 100,000 and made himself quite well-off in the process.

One of my informants is an editor of Jyllands-Posten, the paper that published Vilks’s cartoon, and he tells me that Hassan’s poems have the single subject of hate. In the voice of an angry insider, Hassan really and truly hates and denounces Islam, the Prophet, the customs and the food and the hypocrisy and the family relationships and the racism and violence of his fellow Muslims. This devastating portrayal of Muslim self-deception attracts death threats, twenty-seven of them according to one count I saw. Like Rushdie and Vilks before him, Hassan has to be accompanied everywhere by armed security guards.

The poems are being translated at the moment. These lines are all I could find in English, and they speak for themselves:

His is a unique position in that his integration into Danish life came early and now is completely cross-cultural, if that’s the right euphemism. At school, he had an affair with one of the teachers, and is open about it. In her thirties, she justifies herself in public on the grounds that she had been in love with her pupil. Women are stoned for that in parts of the Muslim world; in Copenhagen she has not even been fired from her job. Rap artist that he is, Hassan evidently couldn’t care less what others think of him. When he was awarded a prestigious literary prize for the book, all he said by way of thanks was, “I’m going home now.”

You get the feeling from everybody here of a national resistance movement. The odds appear stacked against them, but they aren’t going to be pushed around by anybody, not when they can do things their own way.

On the frontlines of free speech by David Pryce-Jones