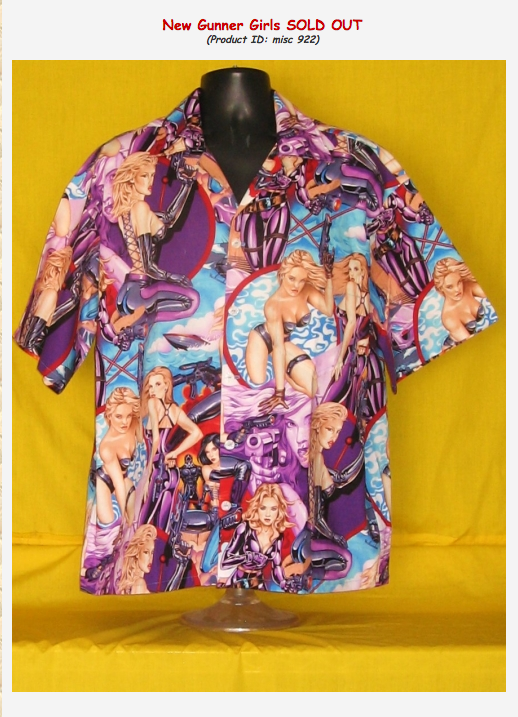 Gertrude Stein once remarked that it is important to know how far to go in going too far. It is curious that certain radical “feminists”—that is, the relentlessly vindictive sorority which, since the 1960s, has made such a nuisance of itself on college campuses and other protected purlieus of affluent Western societies—have always had difficulty following Stein’s advice. What makes it curious, of course, is that Stein is such an iconic figure for their coven. Tender Buttons (get it?). Alice B. Toklas. “A rose is a rose is a rose.” Can’t you hear the pulpit tones wafting up from those phrases? And yet when Stein got around to dispensing a practical, real-life admonition, they completely ignore her. They never know how far to go in going too far.

What prompts these uncharitable thoughts is the saga, much in the news as we write, of Dr. Matt Taylor. Taylor is the forty-something British-born astrophysicist who is project scientist for the European Space Agency’s Rosetta Mission. Earlier this year, there were hosannas when Taylor and his colleagues successfully brought the Rosetta spacecraft, which had been tootling around the solar system for a decade, out of hibernation. That success prompted the exuberant rocket scientist to have a tattoo of Rosetta and Philae, its landing probe, inscribed upon his leg. Last month, the Rosetta team engineered an even greater triumph. After guiding Rosetta on a journey of some four billion miles, they were in (virtual) sight of their holy grail, comet 67P/Churyumov-Gerasimenko. The comet—at 2.8 miles long, a veritable flyspeck in the real estate of outer space—was hurtling through space at some 41,000 miles per hour. It was 311 million miles from Earth. Nevertheless, Taylor and his team managed to detach Philae from its mother ship, remotely guide it towards Mr. 67P/C-G, and land the probe on the speeding comet. This was the first time in history, as the British politician Boris Johnson put it, that a representative of humanity had paid a visit to the surface of a comet. Slick work, eh?

A few days after this stupendous feat of engineering and scientific bravado, Dr. Taylor went on television to say a few words about the mission. He was clearly overcome by emotion. But it soon became evident that he was stirred not by feelings of relief and triumph but of mortification. Choking back tears, he leaned forward towards the microphone and—apologized.

Apologized. Why? Because The Atlantic’s tech writer Rose Eveleth and an angry horde of feminists didn’t like what he was wearing when he first broke the news of the landing. Yes, that’s right: they didn’t like his shirt, so they mounted a social media attack on the hapless scientist. Quoth Eveleth: “No no women are toooootally welcome in our community, just ask the dude in this shirt.” Other hysterics on the distaff side followed suit, as did New Yorker blogger James DiGioia who sniffed: “Technology advances while society remains decidedly retrograde.”

The commentator Glenn Reynolds got to the nub of the matter when, writing in USA Today, he noted that “some feminists took one of the great achievements of human history . . . and made it all about the clothes.” It was, Reynolds continued, “one small shirt for a man, one giant leap backward for womankind.”

So what about that shirt? What was so offensive? You can easily find pictures of Dr. Taylor in his shirt on the internet. It’s a brightly colored Hawaiian-style number festooned with cartoon-like drawings of scantily clad, gun-toting women, made for him by a close female friend (whose business, we are happy to report, has boomed). It is straight out of a 1950s Sci-Fi adventure story: Out of This World, Space Detective, and let’s not forget Attack of the 50-ft Woman. Do you find such things offensive? We don’t. They’re not lewd. Merely, well, nerdy. Such vivid garments may or may not be to your taste—they are not to ours—but then tattoos of spaceships may or may not be to your taste either.

Ask yourself this: Was this shirt as insulting as heaping pseudo-moral obloquy upon a great scientist in his hour of triumph because you happen to disapprove, or at least you pretend to disapprove, of images of girls on his shirt? We agree with Mr. Johnson, who had this to say in his column for theDaily Telegraph: “I think his critics should go to the National Gallery and look at the Rokeby Venus by Velázquez. Or look at the stuff by Rubens. Are we saying that these glorious images should be torn from the walls?” Or torn just from the chests of brilliant scientists who indulge in a bit of whimsy when it comes to their haberdashery? “What are we all,” Johnson asked, “a bunch of Islamist maniacs who think any representation of the human form is an offence against God? This is the 21st century, for goodness’ sake. And if you ask yourself why so few have come to the defence of the scientist, the answer is that no one dares.”

The whole thing is so silly that one might be tempted to dismiss it as a freakish exception and move on. But, as many victims of political correctness of our college campuses know to their sorrow, it is anything but innocent. Dr. Taylor’s humiliation, as Mr. Johnson noted,

was like something from the show trials of Stalin, or from the sobbing testimony of the enemies of Kim Il-sung, before they were taken away and shot. It was like a scene from Mao’s cultural revolution when weeping intellectuals were forced to confess their crimes against the people.

Why was he forced into this humiliation? Because he was subjected to an unrelenting tweetstorm of abuse. He was bombarded across the internet with a hurtling dustcloud of hate, orchestrated by lobby groups and politically correct media organisations.

The whole episode stinks of rancid politically correct animus. Critics who have described the event as “political correctness gone mad” are not wrong. But it is worth noting that the case of Dr. Taylor is by no means the only such outrage. On the contrary, the commissars of political correctness have been emboldened over the last couple of decades as they have succeeded in one case after another in using race or sex to bully their opponents into submission. Cast your mind back to the episode of Larry Summers. In 2005, Summers, then the President of Harvard University, fresh from locking horns with one of academia’s most prominent charlatans and race-baiters, Cornel West, found himself speaking at a conference at MIT on “Diversifying the Science & Engineering Workforce.” Summers speculated on why there are not more women scientists at elite universities. He touched on several possibilities: maybe “patterns of discrimination” had something to do with it. Maybe most women preferred to put their families before their careers. Or maybe, as Summers asserted in an “attempt to be provocative” and to ignite a more open discussion about underrepresentation, it had something to do with “different availability of aptitude at the high end.”

What a storm that last comment sparked! “I felt I was going to be sick,” wailed Nancy Hopkins, a professor of biology at the Massachusetts Institute of Technology, who then walked out on Summers. “My heart was pounding and my breath was shallow,” Hopkins trembled. “I was extremely upset.” Whatever happened to strong women? What would Margaret Thatcher have done?

That bout of hysteria did for Larry Summers, who was shortly thereafter ignominiously forced from the presidency of Harvard because he had inadvertently trespassed upon the delicate feelings of some touchy feminists.

Why is it acceptable for celebrities or other certified feminist icons to prance around in pornographic splendor when men are expected to behave with Mrs. Grundyesque rectitude? And why is the former “empowering” while any deviation from the latter is “sexist”? Why is it that these self-appointed moral guardians and professional feminists are always looking for a whipping post? Why don’t they just get on with their work: do something to command admiration rather than screaming murder at every unsanctioned statement? Look just beyond America’s horizons—there one can surely find women who deserve the defense of an angry horde. How about the women in Egypt, for example, where more than 90 percent over age fifteen are subjected to the barbaric practice of genital mutilation?

The case of Dr. Taylor’s shirt may seem like little more than a bad joke. In fact, it is something more sinister. It is a vivid example of what happens when a self-enfranchised politically correct cadre sets about quashing freedom and eccentricity in the name of an always-evolving sensitivity. The goal, as one wag put it, is a testosterone-free society in which everything that is not mandatory is prohibited. Which is why the Rose Eveleths and Nancy Hopkinses of the world are victimizers, not victims, and their brand of feminism is an atavistic, tribal ideology as harmful to women as it is to men.