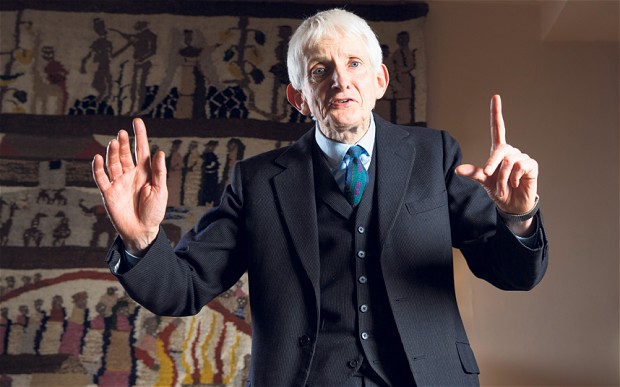 Later in this issue, the Yale classicist Donald Kagan writes about Sir James Headlam-Morley, the man who occupied the position of Historical Adviser to the British Foreign Office in the 1920s. Headlam-Morley was a fount of good advice about all manner of strategic issues, not least the threat of German militarism. Headlam-Morley’s deep acquaintance with the past allowed him to predict the future with a gimlet-eyed clarity that, unfortunately for the world, most of those charged with steering the ship of state in the post-World War I years lacked. Headlam-Morley, Professor Kagan observes, was “a man with the only proper training for an expert in almost any field of human endeavor, but especially for the conduct of foreign policy and diplomacy: I mean, of course, Classical Studies.”

It is a truth whose practicality the industrialist and oil man Jean Paul Getty appreciated. Getty, widely reckoned to be the richest man in the world until his death in 1976, employed only classicists to run his worldwide business empire. He understood that mastery of (say) the passive periphrastic was a more important business qualification than an MBA. (Pecunia obtinenda est!) It wasn’t romance but competitiveness that underlay his decision. Asked why he insisted on employing classicists in key positions, he answered bluntly: “They sell more oil.”

We take the story about J. Paul Getty from the opening pages of Gwynne’s Latin, a new introductory Latin textbook by N. M. Gwynne, author of Gwynne’s Grammar, “The Ultimate Introduction to Grammar and the Writing of Good English,” which was a surprise bestseller in England last year and has been making some headway in America since its release here a couple of months ago.

When it comes to grammar, Mr. Gwynne, himself a retired businessman, is a prescriptivist. Not for him the split infinitive, the cringing accommodation to feminists (s/he, using “their” instead of “his” after a singular pronoun like “everyone,” etc.), or the semi-literate but ever popular “between him and I.” The fact that people speak and write that way does not mean that they should speak or write that way. Shakespeare split no infinitives, neither did the scribes who gave us the King James Bible. We should, Mr. Gwynne advises, follow their example. (Incidentally, let us forestall the excitement of impatient readers who clamor “What about Sonnet 142?” Shakespeare there writes “Thy pity may deserve to pitied be.” But that is not a true split infinitive, in which an adverb is interposed between “to” and the verb—“to boldly go”—but is rather an inversion undertaken to preserve the meter.) Gwynne’s Grammar, which we have only begun to read, seems full of good things. If it is half as good as Gwynne’s Latin, it will be a masterpiece—an atavistic masterpiece, perhaps, given the drift of our culture away from the virtues of orderliness, precision, logic, and precedent that Mr. Gwynne advocates, but a masterpiece nonetheless.

Mr. Gwynne is an evangelist for the classics, especially for his chosen métier, Latin. Why learn Latin? Mr. Gwynne lists nearly twenty reasons, many of which will be familiar to anyone who has ever sat through an introductory Latin class. Nearly half the words in English derive from Latin (when they have not come down to us intact); a mastery of Latin grammar helps us better understand English grammar; so much of the jargon of the law, of science and medicine, of our political and civic heritage, is instinct with Latin; Latin is the language of one of the three great world literatures (the others being classical Greek and English); etcetera.

But Mr. Gwynne goes far beyond such familiar recommendations. “What a well-designed course in Latin provides,” he writes, “is a training and development of the mind and character to a degree of excellence that no other mental or physical activity can come anywhere near to bringing about.” Don’t believe him? Hark:

Specifically, it trains these: the ability to concentrate and focus; the use of the memory; the capacity to analyse, deduce and problem-solve; the powers of attention to detail, of diligence and perseverance, of observation, of imagination, of judgement, of taste. In fact, it trains the mind and character to the utmost extent in everything human that is valuable. It does all this as no other academic subject (other than classical Greek), or other activity of any kind at all, can come remotely close to doing.

Latin,” he writes, “is, quite simply, the most utterly wonderful . . . thing.” The ellipsis is in the original. Like the pedestrian abstract noun it precedes, it is occasioned by contemplation of an abundance, not a paucity, of riches. Does it sound extravagant, all this praise for learning a dead language? Just wait.

Mr. Gwynne reminds us of a few pertinent facts. For the last thousand or more years, up until about fifteen minutes ago, i.e., up until the 1960s (O devilish, shadow-casting decade!), Latin and Greek were taught much as Mr. Gwynne advocates and, what’s more, until the 1850s they were virtually the only subjects that were taught in any of the leading schools in Britain. The reason for this exclusive concentration on the classics was not that our forebears were unaware of the importance of other subjects: English, say, or mathematics, or history or geography or other foreign languages. No, schools and universities slighted other subjects because, in comparison with Latin and Greek, they were easy. “Picking them up,” Mr. Gwynne writes, “was something that could more appropriately be done during the school holidays and in other spare time.”

Possibly, but the classics aren’t practical,” you say. Really? Ponder this: the heyday of classical learning in Britain, from the seventeenth through the mid-nineteenth centuries, was also the heyday of British intellectual, political, and economic supremacy. During this period, Mr. Gwynne points out,

Britain shone in every single human endeavour, academic and practical, to such an extent that, “single-handed,” Britain was responsible for the Industrial Revolution and most of the scientific inventions of that period that changed the world, and, for better or for worse, actually ruled about a quarter of the world—and, what is more, all this while producing one of the greatest literatures of every kind of all time.

What do you think, merely post hoc? Or was there an element of propter, of causation, about the contingency that brought a mastery of Latin together with worldly success?

It seems that, since retiring from business, Mr. Gwynne has devoted himself to proclaiming the gospel of the Latin language. Together with his teaching partner (who is also his daughter) he visits schools and even—via the Internet—homes to exhort, inspire, illuminate, and instruct. His method is based firmly on the tried and true example of Dr. Benjamin Hall Kennedy, D.D., whose first Latin primer appeared in 1871 and whose Shorter Latin Primer was known to generations of schoolboys as “Kennedy’s Shortbread Eating Primer” (you needed to be a dab hand with a pen nib to effect the transformation). “The difference in effectiveness between the traditional methods and those used by even the best schoolteachers of today is so astonishing, consistently so,” Mr. Gwynne claims, that the results speak for themselves.

So what can a neophyte who gets outside the material of Gwynne’s Latin hope to learn? One answer is “about as much Latin as a reasonably intelligent eleven- or twelve-year-old would have known in the days when I was at school” (ca. 1950). If that seems like small beer, he quickly adds. “Another answer is: many times more Latin than will be known, in almost all cases, by highly intelligent scholars of today who have passed all their Latin exams and are studying Classics at any of the top universities in Britain.”

For those of you tempted to respond as did the travel writer Alexander Kinglake, who wished to inscribe the legend “Interesting, if true” upon the lintels of churches throughout Britain, we suggest suspending judgment until you conjure with the book and Mr. Gwynne’s methods. You can start doing this today. There is a popular misconception that classicists tend to be enemies of innovation. Mr. Gwynne’s commitment to the traditional method of teaching Latin (the one, he points out, that generations of students have shown actually works) may at first reinforce that misconception. But Mr. Gwynne is not against innovation. He is only against innovation that experience has shown is unproductive where it is not downright destructive. Which is where the 1960s and its legacy of ruin come in. But one need merely look at the Gwynnes’ website gwynneteaching.com to appreciate their readiness to employ new technologies, when appropriate. The online videos show just how infectious, and how effective, the Gwynnes’ pedagogy can be.

It was and probably still is common among classics students to look askance at the Loeb Classical Library, that huge (521-volume) library of the Greek and Roman classics brought to the world by the wealthy Harvard alumnus James Loeb. Since its inception 102 years ago, the pocket-sized Loebs, with their distinctive green (for Greek) and red (for Latin) jackets, have been a familiar fixture in school and university libraries. But because they feature an English translation en face with the original, many students regarded them as slightly infra dig. (which is not to say that most of them did not gratefully avail themselves of the trots when need arose, which, typically, was often). In years gone by, the translations one found in the Loebs were hit or miss. The more glandular passages of Horace, Martial, and many other authors were typically rendered in Italian or (if the author was writing in Greek) in Latin. Translations of other writers were comically out of date. Augustine’s Confessions, for example, was rendered by the English translation of William Watts, 1631.

But for the last couple of decades, the Loeb Library has been undergoing a renaissance. There are new or revised translations of many authors, and, a month or two back, the entire library was brought online at loebclassics.com. There are other searchable classics databases, the Perseus project through Tufts University, for example, or The Packard Humanities Institute’s library of Latin authors, which contains nearly the whole of Latin writing down to 200 A.D. Yet there is still something glorious about having all 500-plus Loebs online. Free trial access is available and an annual subscription for individuals is $195 for the first year, $65 for subsequent years. It’s an extraordinary resource, one which we like to think the exacting Mr. Gwynne would be pleased to welcome to the world.

V France between the lines by Mark Falcoff