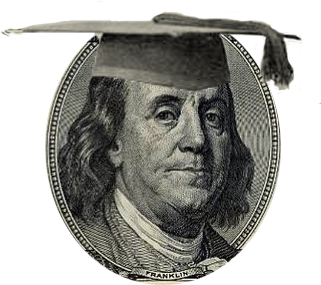 Last month in this space, we noted some of the trends affecting the future of higher education in this country. One trend is the explosion in tuition and fees over the last several decades, an explosion matched by the hypertrophy of college administrators, as more and more “deans of diversity” and programs in non-subjects like women’s studies batten on the economic lifeblood of an institution. At many top-rated institutions today, the total yearly tab exceeds $60,000. Where is that money coming from? And—the question of questions—what do you get for it? Those are questions that more and more parents and prospective students will be asking, and the colleges and universities that are pimping themselves for tuition dollars will not like the answer many of them will arrive at. Spiraling, indeed unsustainable, costs are not the only ominous reality facing the higher educational establishment. There is also the softening of other sources of revenue, from private philanthropy to subsidies from the public coffers. No one believes that the strained economic environment that precipitated this retrenchment is going away anytime soon, which means that colleges and universities will continue to face an economic pincer movement: pressure to lower tuition, on the one hand, and reduced subsidies, on the other.

Those financial struggles are but skirmishes along the border compared with the technological sea change that is poised to transform the character of higher education. As we pointed out last month, the advent of free, online courses, proferred by the best teachers at the best universities, is still in its infancy. But it promises to spark a revolution that will utterly transform the institutions of higher education. As Nathan Harden wrote in The American Interest, “If a faster, cheaper way of sharing information emerges, history shows us that it will quickly supplant what came before. People will not continue to pay tens of thousands of dollars for what technology allows them to get for free.” Last month, we focused on the promise as well as the peril inherent in that burgeoning technological reality. A new report from Moody’s Investors Service about the financial outlook for higher education prompts us to return to the economic side of the equation. As a report from Inside Higher Ed noted, the Moody’s report “outlines how every traditional revenue stream for colleges and universities is facing some sort of pressure, a finding Moody’s uses as grounds for giving the whole sector a negative outlook.”

Writing about the report in Minding the Campus, KC Johnson, the Brooklyn College professor of history who set the record straight about the so-called “Duke rape case” (see our report on The New Criterion’s weblog, “Armavirumque,” April 11, 2007), goes beyond the numbers to ask, “What’s the Meaning of the Moody’s Report?” He argues that, with respect to the institutional realities of higher education, “the most significant change . . . over the past generation has been the explosion of administrators’ positions, whose rate of growth has far exceeded that of full-time faculty. . . . [T]he emergence of administrators has had a pernicious effect: student life bureaucracies have a well-deserved reputation for both political correctness and a hostility to free exchange on campus.” If asked to explain the wildfire growth of their administrations, college officials would say, “It’s what the customer wants.” That huge “student life bureaucracy,” Johnson observes, was supposed to “enhance the typical student’s campus experience, since these students are incapable of navigating the modern college experience themselves.”

If that sounds odd given the context—the context being college education, not new cars, clothing, or foodstuffs—you’re right: it is odd. “[T]he vision behind the student life bureaucracy sees the student as a consumer rather than a learner, someone who needs to be accommodated lest he take his finances elsewhere by transferring.” That’s the theory behind it. There is, as Johnson points out, this wrinkle: “Student life bureaucracies rarely work this way, of course; most often, they focus on enhancing ‘diversity’ by championing policies to ensure that certain groups of students never feel uncomfortable on campus.” That’s the status quo. But the Moody’s report is one more indication that the status quo is unsustainable. Ironically, in the first instance, the result is likely to be an increase, not a diminution, in those “student life bureaucracies” that have popped up like toxic mushrooms on college campuses. The continuing financial contraction will exacerbate the fear of losing students, which in turn “will enhance the internal power of student life bureaucracies, who will argue that student retention (and preserving scarce tuition dollars) requires more student life bureaucrats.”

One predictable result of the increasingly dire financial situation of the higher education “sector” is greater public scrutiny of its activities. You might say, “Hurrah! And about time, too.” The problem is that public scrutiny is not necessarily the same thing as intelligent scrutiny. KC Johnson is right: we will see many calls for colleges to “demonstrate that students are fulfilling stated ‘learning objectives,’ a development born out of the business community and a call for universities to concretely demonstrate how students are learning.” Sound good? Or does it sound like a category mistake, imposing a system of rationalization that may be appropriate when the issue is the production of widgets but is totally inappropriate when the question is forming free and independent citizens whose college careers are given over to the liberal arts? Johnson gets to the heart of the issue when he stresses that “the concept of ‘outcomes assessment’ too often has been a cover either for anti-intellectual instruction that de-emphasizes content or a method to conceal politically correct curricula on grounds that students are learning ‘skills.’ ” The sad irony, alas, is that long before this impending crisis the American higher educational establishment, with the rarest of exceptions and despite lip service to the contrary, had abandoned that vision of a liberal arts education. In its place is the smorgasbord of politically correct, “transgressive” alternatives that have rendered so much of higher education an exercise in psychopathology, anti-American animus, and minatory left-wing political posturing.