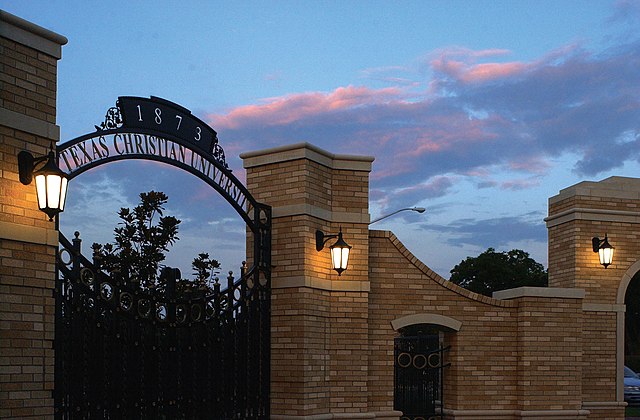 What is it about the term “racism” that silences conversation and sends an anticipatory shudder of delight down the spines of politically correct vigilantes of virtue? Like the word “heretic” in an earlier age, “racism” is more weapon than word. Its primary effect is not to describe but to intimidate, ostracize, and silence. What semantic significance it may command is overshadowed by its use as an epithet. Once successfully applied to a person or practice, a sort of secular damnation, or at least excommunication, ensues. Seldom is there any appeal, let alone absolution. Those who blaspheme against the Holy Spirit, said St. Mark, cannot be forgiven. Racism is the eternal, the unforgivable, sin of our age. Those successfully accused of racism are beyond the pale, cast out into the place of fletus et stridor dentium. Exactly why this should be takes us into deep waters. We do not pretend to have the answer.

This much is clear, however: The deployment of power always attracts acolytes and entrepreneurs. So it is no surprise that a thriving cottage industry has grown up around accusations of racism. We might call the resulting enterprise “Racism, Inc.” There is no shortage of workers on that assembly line. On college campuses (but not only on college campuses, as such names as Jesse Jackson and Al Sharpton remind us), the bludgeon of “racism” is a popular and effective instrument of moral oneupmanship and social control, not to mention intellectual conformity and economic blackmail.

A full exploration of this phenomenon would fill a book, maybe several. A diligent student might start by drawing on Norman Cohn’s analysis, in The Pursuit of the Millennium, of collective madness, especially the shared conviction of spiritual election and higher virtue, in various medieval heresies. Here, we offer merely a few observations about Racism, Inc., touching along the way on some notable academic concessions and specialty outlets of the industry.

Let us begin by noting an oddity. Given the prominence of “racism” in today’s lexicon of moral opprobrium, it is curious that the word itself is of very recent vintage. Indeed, it is a neologism so recent that it does not appear in the 1971 Oxford English Dictionary. The Supplement to our edition of the OED (printed in 1961) introduces “racialism”—the “tendency to racial feeling; antagonism between different races of men”—but fails to provide an equivalent of our multipurpose imprecation “racism.” (A later edition managed to turn up an instance of the word from the early 1930s.) Perhaps that fact is itself evidence of a particularly insidious form of racism—all the more insidious because unacknowledged. Or perhaps that fact, along with the recentness of the word in any currency, suggests that there is something artificial, manufactured, or even cynically manipulative about the tort it describes. Doubtless there are spokesmen for both alternatives.

Another oddity: Racism, Inc. manufactures only one-way ratchets. That is to say, “all animals are equal, but some are more equal than others.” Consider this recent email, dated September 11, 2013, from a professor at Texas Christian University:

At the beginning of the semester I usually like to invite all my white students to get together and discuss the challenges they may face. . . . However, the time slipped by and I didn’t get a chance. So, I would like to ask if you are interested in a get together on Monday afternoon. We can also discuss the exam that is coming up. I don’t mind if this would turn out to be a study session for my WHITE STUDENTS ONLY.

Are you outraged and disgusted by this blatantly racist invitation? Of course you are. Though given that it issued from an institution with the words “Texas” and “Christian” in its name, perhaps you are not surprised. What else can you expect?

Except, that is not exactly how the email read. The professor really did offer an invitation to some, and only some, of his students, and the invitation was race-based. But the original email extended the invitation not to white students, but to “STUDENTS OF COLOR ONLY.” Do you find that your feelings of outrage and disgust are noticeably diminished? Are you busy searching for an explanation, an extenuation, an excuse? Just asking.

In June in this space, we mentioned an episode that took place a year or two ago at tony Williams College in Williamstown, Massachusetts. One night, a racist graffito was discovered on the wall of a student dormitory. Result? Red alert. The president of Williams shut down the campus, cancelled classes, and denounced the “horrifying,” “vile” act. He enlisted not just campus security and the local police but the FBI—the FBI!—to search for the perpetrator of this “hate crime.” The culprit was never discovered. At least his (or her) identity was never made public. We speculated what campus scuttlebutt had already concluded: that the offending graffito was scrawled not by racists lurking about the ivied purlieus of Williams College but by a member of the “minority community” whose special perquisites depended heavily on a steady diet of racialist provocation. We heard via friends that at least one other college president took grave offense at this suggestion. Not only, he said, did it make light of the racist incident, but the speculation was groundless.

Did it? Was it? About the first: Let’s say someone discovered a graffito reading “Bush = Hitler” on a student dormitory at Williams College one night. Would the president of the college have cancelled classes? Would he have called the police, the FBI?

To ask the questions is to answer them. But why not? Is “Bush = Hitler” any less offensive than a racial epithet?

About the second issue: Was our speculation about the identity of the perpetrator groundless? We might, of course, have been wrong. The rumor on campus suggests otherwise. But it is only a rumor. So far as we know, there has been no public announcement identifying the culprit. So we do not know. But that is not to say that such speculation is groundless. Why? Because of the evidence gleaned from many other campuses, high school as well as college.

Item: At the end of August, the New Jersey website nj.com reported that a sixteen-year-old black student at St. Peter’s Prep who had purportedly received racist text messages warning him to drop out of a student government election had actually sent the messages to himself. “The sixteen-year-old was running for president for the Student Council in May when he supposedly received four hateful text messages,” the report explained. “He brought them to the attention of school officials who called in his father and police.” The report did not reveal how the police determined his guilt, but it did quote a school spokesman who commended the police and expressed relief that the “extremely distressing incident” had found “closure.”

Item: Last month The Daily Caller reported on an incident at the ostentatiously “progressive” Oberlin College in Ohio. This time the anti-Black messages circulating around campus were joined by anti-Jewish and anti-homosexual messages. It turns out that one of the two principle culprits was a vociferous supporter of Obama who belonged to such groups as “White Allies Against Structural Racism” and who describes himself on Twitter as an “atheist/pacifist/environmentalist/libertarian socialist/consequentialist.” As William A. Jacobson reports on his website legalinsurrection.com, “School officials and local police knew the identity of the culprits, who were responsible for most if not all of such incidents on campus, yet remained silent as the campus reacted as if the incidents were real. National media attention focused on campus racism at Oberlin for weeks without knowing it was a hoax.” Jacobson presents a revealing timeline of how the hoax developed, was taken up by the national media, was covered up by college officials, and was finally exposed by Chuck Ross at The Daily Caller. As the historian Robert Paquette shows at the website “See Thru Edu”, particularly egregious was the behavior of Oberlin’s president, the almost comically politically correct Martin Krislov, who was happy to pose and preen for the national media, declaring that “investigating these events has been our highest priority” even after he knew the identity of the culprits. We concur with Paquette: “One hopes that no conservative, libertarian, or traditionalist student goes to Oberlin College, and after Krislov’s performance the parents of such children should be put on their guard to avoid that school like the plague.”

And on and on it goes. Readers interested in other such incidents might turn to the infamous Duke “rape” case from 2006 (we reported on this fiasco in May 2007 in “Regardless of the ‘Truth’ ”) or the roundup of such incidents of manufactured “hate crimes” compiled by conservativeintel.com last month.

No, pace the objections of that politically correct college president, speculation that the culprit at Williams was a beneficiary of Racism, Inc. is anything but groundless. How it is that racism got installed as the crime of crimes is a deep question which we cannot answer, not least because we cannot even pose it seriously as a question, at least not in any of those institutions supposedly devoted to ferreting out the truth. Nevertheless, the noxious activities of Racism, Inc.—from the shake-down tactics of the Jesse Jacksons and Al Sharptons of the world to the academic sport of manufacturing racist incidents on campus—reminds us of a profound observation made by the philosopher Sidney Hook. “As morally offensive as is the expression of racism wherever it is found,” Hook wrote,

a false charge of racism is equally offensive, perhaps even more so, because the consequences of a false charge of racism enable an authentic racist to conceal his racism by exploiting the loose way the term is used to cover up his actions. The same is true of a false charge of sexism or anti-Semitism. This is the lesson we should all have learned from the days of Senator Joseph McCarthy. Because of his false and irresponsible charges of communism against liberals, socialists, and others among his critics, many communists and agents of communist influence sought to pass themselves off as Jeffersonian democrats or merely idealistic tenured radicals reformers.

Hook wrote that several decades ago. We have yet to catch up to it.