The course of true love never did run smooth—

A Hartfield edition of Shakespeare would have a long note on that passage.

Thus does Austen, through Emma, laugh gently at scholarly annotation. How she would have laughed to think that her own work, within two hundred years, would require it!

This year brings not one, but two new annotated editions of Jane Austen’s Emma, first published in 1815. Both come as part of a series of annotated versions of Austen novels. There is clearly a demand for annotated editions. Jane Austen’s works continue to grow in popularity, including among young women. Many people have seen the film and television versions, and have then turned to the novels. And although Austen’s prose is among the clearest and... 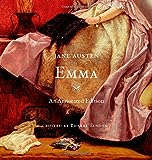 An air raid siren for the Left