Even in her day, George Sand’s great literary renown was eclipsed by her public personae. These were several and occasionally contradictory. Depending on her audience or the stage in her life, she was alternatively a heavy-smoking cross-dresser with a trail of discarded lovers, a staunch defender of woman’s equality, a scourge of the injustice of nineteenth-century marriage, and even a benevolent provincial châtelaine, never too busy or too proud to listen to the peasants’ hard-luck stories or to teach her servants to read. Among her intimates she was seen as either a selfless, doting mother or the bane of her daughter Solange’s existence. Critics and readers were divided between those who admired her almost superhuman eloquence and those who dismissed her as a graphomanic scribbler.

Whatever Sand’s appeal or renown, her books sold well. Yet none of Sand’s ninety novels earned more in her lifetime than her multi-volume autobiography. Story of My Life has indeed better withstood the passing of tastes and customs than her novels and stories, even though Sand altered and “arranged” so much of her past in that book that it might be considered, without too much of a stretch, another work of fiction. Henry James, one of her most generous readers and certainly her most perceptive, devoted almost one hundred pages of his essays to her work over the course of four decades. In his later essays, he admits himself unable to reread the novels he had once devoured with youthful enthusiasm. Yet his admiration remained undiminished, based as it was on Sand’s efforts “to be open to all experience, all emotions, all convictions; only to keep the welfare of the human race, and especially of its humbler members, well in mind, and to trust that one’s moral and intellectual life would take a form profitable to the same.”

Whatever Sand’s appeal or renown, her books sold well.

In her biography of Sand, the novelist Elizabeth Harlan sets out to plumb several of the blind spots in Sand’s “moral and intellectual life” that proved destructive rather than profitable to humbler mortals. Harlan, in short, wants to set the embellished record straight. Who was Sand’s actual father and did she know it? Does Sand or Solange bear the greater responsibility for the latter’s self-destructiveness? What are we to make of Sand’s vituperative attack on the women who, without her permission, proposed her as France’s first female candidate to the National Assembly formed after the Revolution of 1848? Harlan answers these questions fully, but with extreme prejudice. What is missing from this account of Sand’s life is a sense of the talent, charisma, and idealism that made Sand into a force of nature.

George Sand was born Aurore Dupin in 1804, to a line of aristocratic illegitimacies that could be traced back to her great-grandfather, King Augustus the Strong of Poland. She was ostensibly the daughter of Maurice Dupin, a colonel in Napoleon’s army, and Sophie Delaborde, both of whom had previous children born out of wedlock. Maurice made his mistress respectable one month before Aurore’s birth. Four years later, Maurice was thrown by his horse and killed, and his mother, Madame Dupin, soon offered Sophie a stipend in exchange for exclusive custody of Aurore.

Aurore suffered greatly from her mother’s absence. She wrote Sophie frequent heartfelt letters that were rarely answered and pleaded with her grandmother to be allowed to visit her mother. Finally, exasperated by Aurore’s insistence, Mme Dupin explained to the adolescent girl the true nature of her mother’s character and profession. She may even, according to Harlan, have been the first to plant seeds of doubt as to whether or not Maurice was in fact her father or had been cuckolded nine months before Aurore’s birth. If so, of course, Aurore’s security in her grandmother’s home and legacy would be extremely tenuous. Certainly this conversation was far more devastating for the young girl than one might expect in a family that prided itself on illustrious if irregular ancestors. (Harlan provides a liberal dose of plausible circumstantial evidence based on Sand’s letters to support her claim that a family friend named Pierret was her genetic father, and that Sand knew this.)

In 1822, Aurore Dupin married the staid, unimaginative Baron Casimir Dudevant. She was content at first and delighted to be the mother of a son, Maurice, and daughter, Solange. But soon the tedium of provincial life with limited resources became too much to bear. She began to spend months at a time in Paris with Jules Sandeau, the source of her pen name. Against all odds, Sand’s books were immediately successful, though even her prodigious output barely covered her expenses. Tutors were found for her two children and friends were imposed upon as she recreated the very circumstances of abandonment and neglect she had suffered as a child.

Solange Dudevant was beautiful, brilliant, and extremely difficult. She certainly brought out the worst in her mother, who criticized her mercilessly and made her preference for Maurice abundantly clear. Fearing her pubescent daughter might “fall into the abyss of coquetry, the only abyss into which I myself have not fallen,” Sand married Solange off to the sculptor Jean-Baptiste Clésinger. She wrote to a friend, “The fruit is ripe; it’s no longer time to worry too much about who picks it.”

When Frédéric Chopin, Sand’s lover of eight years at the time, spoke against Clésinger, bringing evidence of the sculptor’s debts, abusiveness, and alcoholism, Sand refused to believe him. She held Chopin’s support of Solange against him for the rest of his short life. “I believe deep down I was the best of mothers,” she wrote complacently to a friend, “the most caring, the most indulgent and the most good-natured.”

The tone of her letters to Solange, however, is quite different. Sand often wrote her daughter at boarding school with detailed lists of the girl’s flaws. After the disintegration of Solange’s marriage and periods of estrangement from her daughter, Sand’s indignation knew few bounds. When Solange wrote complaining about the loneliness and limitations of being abandoned by Clésinger, Sand scolded,

I defy you to give it a try, then, the life of vice and prostitution. It’s not quite as easy as you think to dishonor oneself. You have to be more exceptionally beautiful and witty than you are to be pursued or even sought after by buyers. . . . Men with money want women who know how to earn it, and this knowledge would fill you with so much disgust that in no time you’d be begging off.

As it happens, Solange was quite successful as a courtesan.

Harlan traces Sand’s ambivalence and animosity towards Solange to conflicted feelings about her own questionable paternity, resentment towards her own mother for abandoning her, as well as to a strong streak of misogyny.

When a women’s rights group nominated her to stand for election, she dismissed them with disdain.

Sand’s misogyny surfaced most publicly in 1848 while she was serving as unofficial propagandist to the Provisional Government. When a women’s rights group nominated her to stand for election, she dismissed them with disdain. Publicly she opposed women playing active political roles, while she herself wielded a fair amount of influence behind the scenes. Privately, she sneered at these women who she felt confused promiscuity and emancipation. This is not mere inconsistency; it is bad faith. Sand had been quite vocally, of course, in James’s words, “an apostle of the rights of love quand même.” She had also long enjoyed the very prerogatives she condemned these women for seeking.

The portrait that emerges of George Sand in this biography is of a talented and courageous woman, generous to a fault when generosity served her idealized self-image, but quick to attack if her superiority were in the slightest threatened. Her sense of exceptionalism justified callousness, even cruelty, as well as a vast array of intellectual and political inconsistencies.

Harlan combs Sand’s writing to find refractions of her emotional ambivalence and uncertainty, of which there are many. Yet, because she judges Sand’s writing not for its literary or historical significance but rather as a psychological prism, Harlan reduces Sand and her writing to a case study.

For all its lapses into careless or overwrought prose, Sand’s fiction exerted immeasurable influence in raising social awareness, in portraying with great candor the suffering of women trapped in unhappy marriages or, in her rustic novels, the emotional lives of peasants and farmhands. But, much as with Uncle Tom’s Cabin or The Grapes of Wrath, the quality of literature is not always commensurate with its power. And the power of Sand’s writing, like the power of her personality, resists definition.

Tess Lewis is a translator and essayist who writes frequently about European literature. 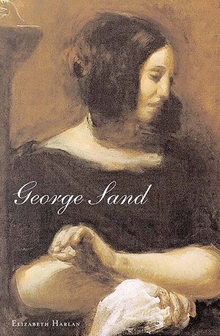 I Mostly about pronouns

IV The specter of Chinese civilization by Angelo M. Codevilla

An affair to remember