At the outset of writing The Great Gatsby, F. Scott Fitzgerald complained (and boasted) to Maxwell Perkins, his editor at Scribner’s: “I don’t know anyone who has used up so much personal experience as I have at 27.” It was an apt observation. Despite his reputation as the inventor of the legendary Jazz Age—that overworked cliche about a decade of mindless affluence and irresponsibility that has become the property of television, the movies, and the musical comedy stage—Fitzgerald was, in his odd way, one of the most circumstantial of American authors. A specious glamour does, indeed, hang heavily over the early tales and the first three novels, This Side of Paradise, The Beautiful and Damned, and The Great... 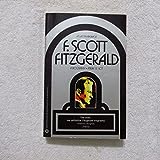 The sense of the past