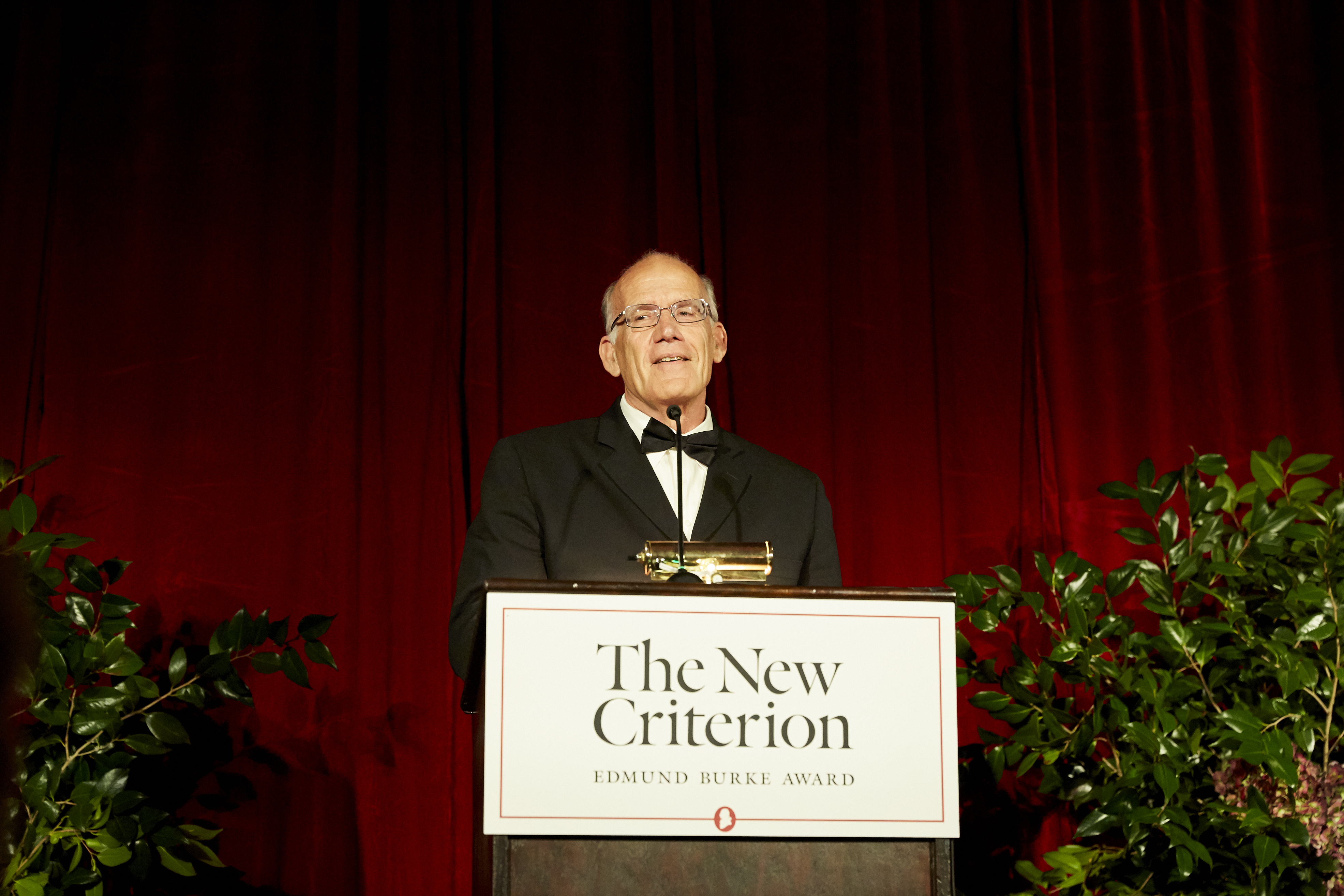 NEW YORK, April 26, 2018—Last night Victor Davis Hanson was honored by The New Criterion with the sixth Edmund Burke Award for Service to Culture and Society at a gala dinner at the Metropolitan Club in New York City. The  Edmund Burke Award honors individuals who have made conspicuous contributions to the defense of civilization. Through his exemplary career as a scholar and writer, Victor Davis Hanson has embodied the spirit of this award, asserting the critical importance of the liberty we cherish in the West. His insight and candor make him an invaluable voice in the ongoing struggle for civilization.

In his opening remarks, Roger Kimball, the editor and publisher of The New Criterion, said “Victor cuts across the chattering static of the ephemeral, bringing us back to a wisdom that is as clear-eyed and disabused as it is generous and serene.”

Dr. Hanson’s remarks will be published in the forthcoming June issue of The New Criterion.

About  The New Criterion

The New Criterion (www.newcriterion.com) is a New York-based monthly literary magazine and journal of artistic and cultural criticism, edited by Roger Kimball. It was founded in 1982 by Hilton Kramer, the former art critic for The New York Times and Samuel Lipman, a pianist and music critic. The New Criterion draws inspiration and its name from The Criterion, a British literary magazine edited by T. S. Eliot from 1922 to 1939. For over thirty-six years, The New Criterion has featured acute cultural commentary and reviews of art, theater, music, the media, poetry, and books from the world’s leading commentators.

Since its inception, the magazine has been home to many of the finest minds in culture, including Donald Kagan, Mark Steyn, Andrew Roberts, Theodore Dalrymple, Denis Donoghue, William F. Buckley Jr., and Andrew C. McCarthy.

The Times Literary Supplement has said “The New Criterion is probably more consistently worth reading than any other magazine in English.” The Wall Street Journal added that “it operates as a refuge for a civilizing element in short supply in contemporary America: honest criticism” and calls The New Criterion “the best art magazine and a provocative force in other cultural areas.”