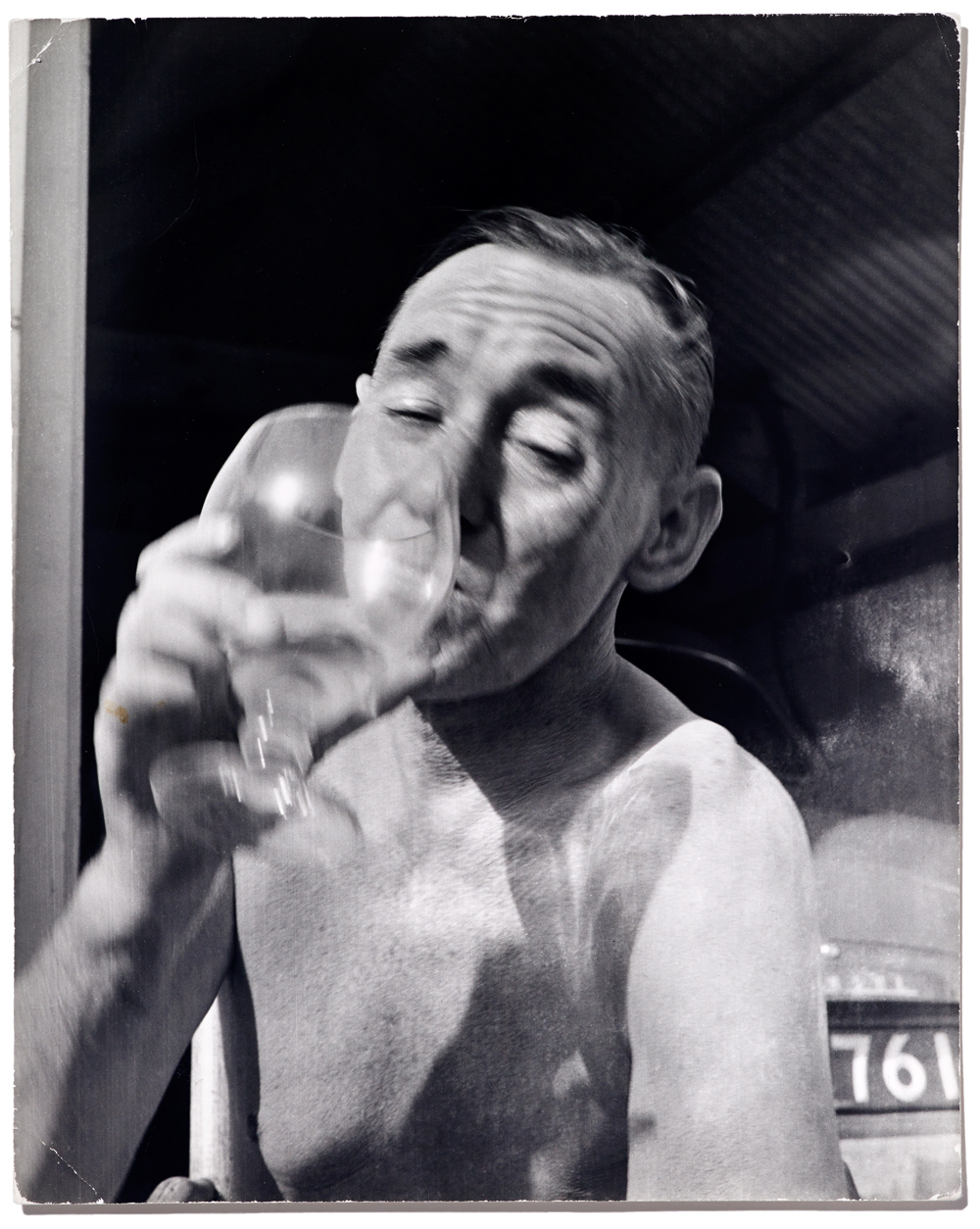 John Deakin in his cups and minus his shirt, photographed by Daniel Farson

Editor's Note: In the December issue of The New Criterion, Dominic Green reviews Tate Britain's Frank Auerbach retrospective. In his review, Green discusses John Deakin’s iconic 1963 photograph of the incipient “School of London”: Frank Auerbach, Francis Bacon, Lucien Freud, Michael Andrews, and Timothy Behrens at Wheeler’s Restaurant in London’s Soho. This photograph appears in Under the Influence: John Deakin, Photography, and the Lure of Soho, edited by Robin Muir, a recent collection of Deakin’s Soho photographs from the 1950s and 1960s, some previously unpublished.1 All images from aforementioned book. 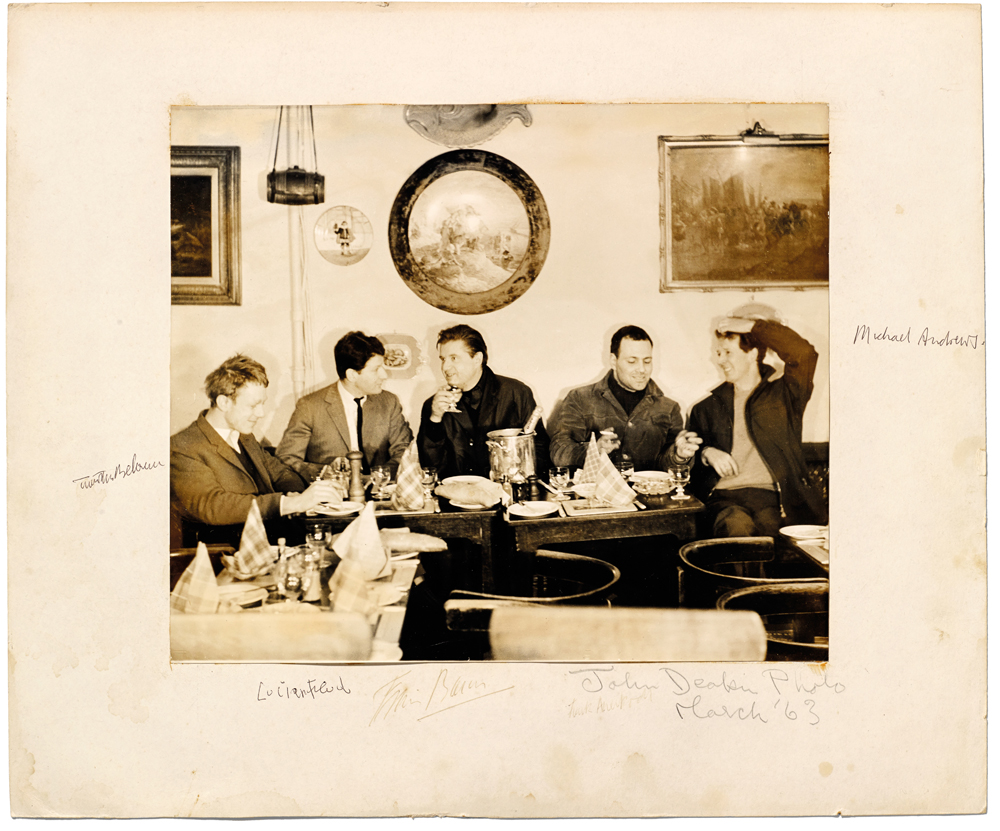 John Deakin (1912–72) was a legend in the style of postwar Soho: brilliantly original, reliably nonconformist, and belligerently self-destructive. After learning on the job as a British Army photographer at the Battle of El Alamein, he became a fashion photographer—he was fired twice from Vogue, for alcohol-induced misdemeanors—and a freelance street photographer. Deakin produced only one small exhibition, John Deakin’sParis (1956), and two books, London Today (1949) and Rome Alive (1951). In the Fifties and Sixties, perhaps fearing success more than failure, he turned from photography to painting, and then sculpture and collage. He continued to take photographs, though, notably for Francis Bacon, who preferred to paint from photographic images rather than from life, and esteemed the candor and composition of Deakin’s images.

Bacon used Deakin’s photographs as material for portraits of Muriel Belcher, the famously foul-mouthed proprietress of the Colony Room on Dean Street; George Dyer, the sharply dressed but incompetent petty thief who was Bacon’s boyfriend; Lucian Freud, who painted Deakin’s portrait in 1963; Isabel Rawsthorne, a painter, and the erstwhile muse of Epstein, Derain, and Giacometti; and Bacon’s friend and model Henrietta Moraes, who disliked the brutally intrusive nude photographs that Bacon commissioned from Deakin—photographs that Bacon reworked for Portrait of Henrietta Moraes (1963). 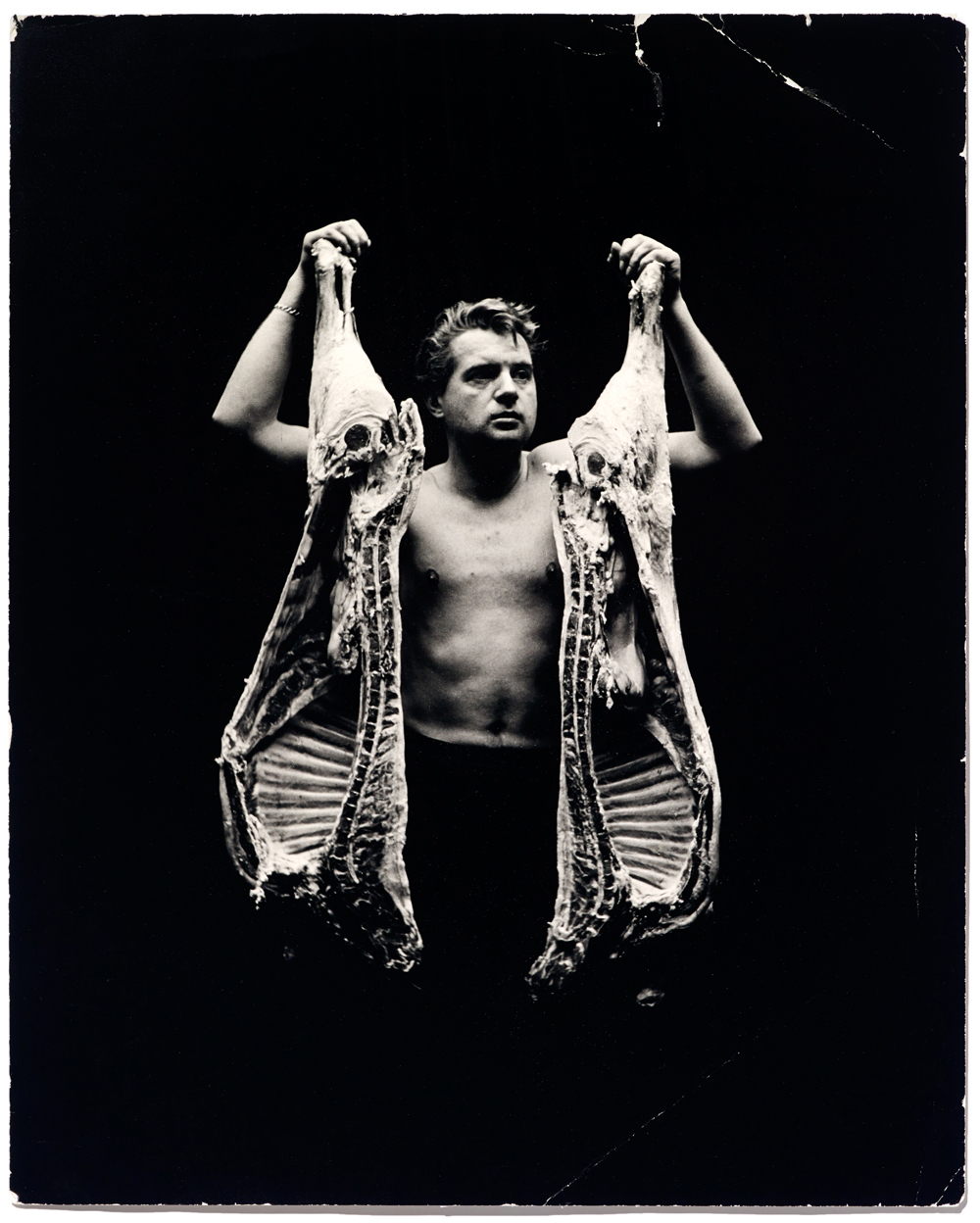 Francis Bacon, photographed by Deakin for Vogue in 1952, between two sides of meat like Bacon’s screaming pope.

Moraes later called Deakin a “horrible little man.” The jazz singer and Surrealist connoisseur George Melly called him “an evil genius.” As Robin Muir reports in Under the Influence, Deakin had the gait of a midget wrestler, the careworn, comical face of a hapless clown, and a boozer’s tongue that Daniel Farson described as being stained the color of aubergine, and the poet Celia Osborne compared to a metal file. The Woolworth heiress Barbara Hutton, who had an unspecified misunderstanding with Deakin in Tangier, called him the “second nastiest little man I have ever met.” Muir writes that when word of Hutton’s assessment filtered back to London, Deakin’s acquaintances were “astonished only that there could have been someone nastier.”

Deakin died in 1972, while recuperating from an operation for lung cancer. His small top-floor flat in Berwick Street was packed with photographs, as well as layouts for books that never found a publisher. He named Francis Bacon as his next of kin. “It was the last dirty trick he played on me,” Bacon said. 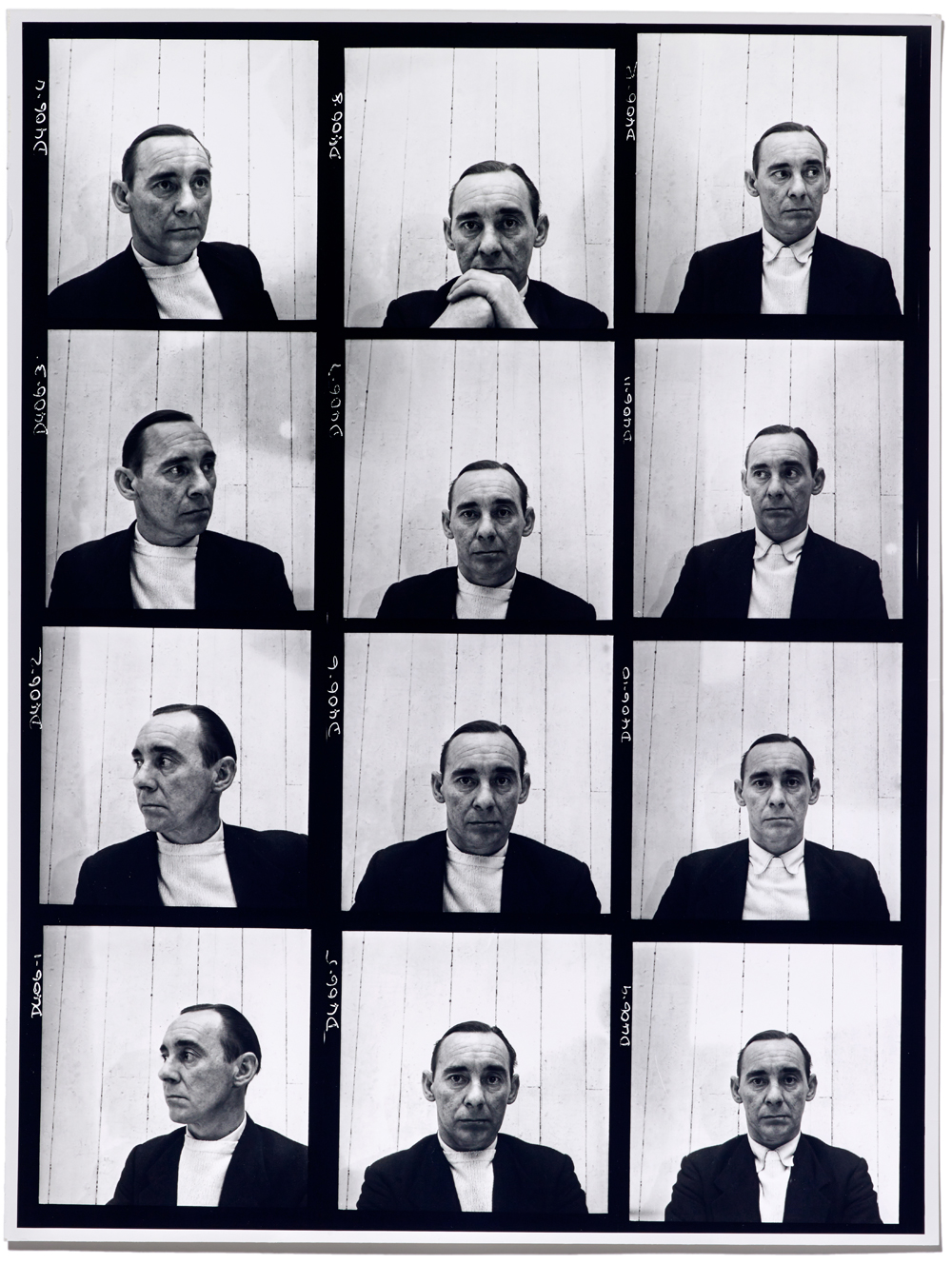 Deakin in a contact sheet of self-portraits. He was mercurial, usually drunk, and frequently unpleasant.

Posterity has played further tricks on Deakin, none of them nasty. In 1984, his friend Bruce Bernard curated “The Salvage of a Photographer,” an exhibition of photographs from Berwick Street, at the Victoria & Albert Museum. When Bacon died, Deakin’s paint-spattered photographs were discovered among the detritus of Bacon’s studio when it was transferred to the Hugh Lane Gallery in Dublin. And Robin Muir has returned Deakin to print, in the career retrospective Photographs (1996), the street photography collection A Maverick Eye (2002), and now Under the Influence, which focuses on Deakin in Soho. 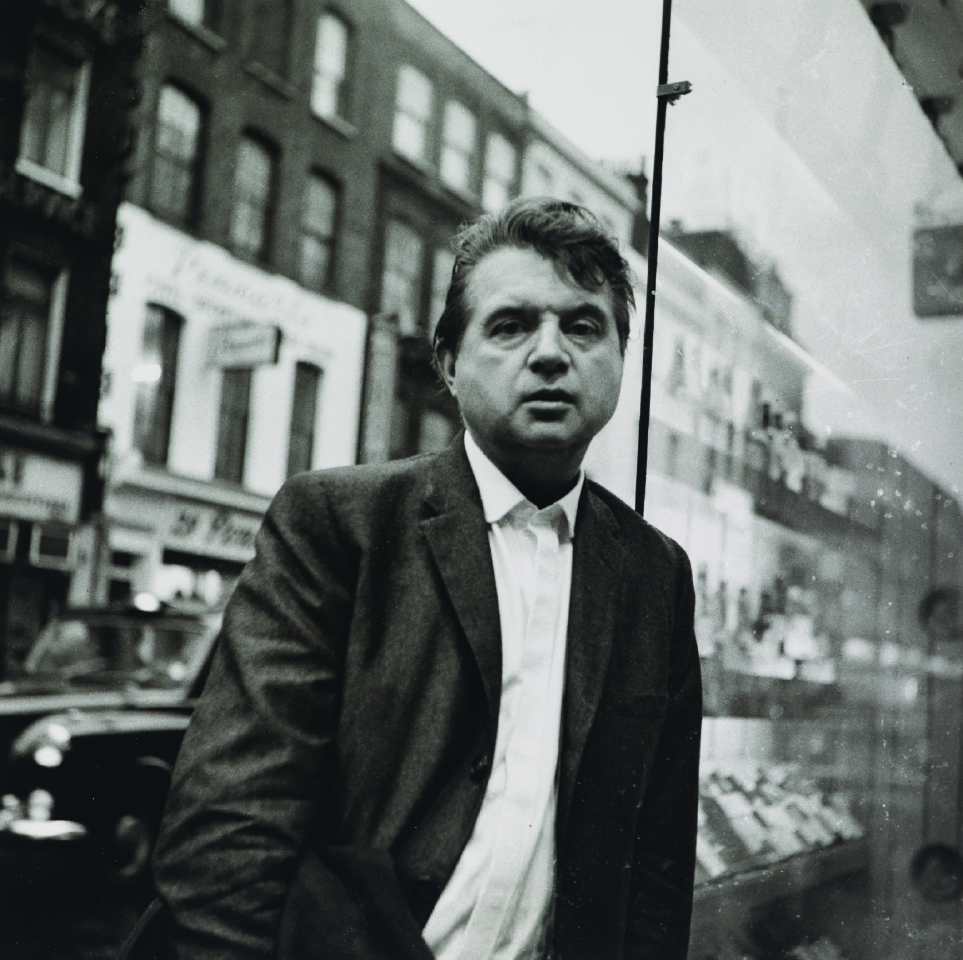 Francis Bacon, before the reflecting window of a Soho wine shop.

Bacon called Deakin the best portrait photographer since Nadar and Julia Margaret Cameron. Deakin’s Soho portraits are remorselessly direct, exposing personality in all its vulnerability, but they are not heartless. Colin MacInnes observed that the beauty of Deakin’s Paris portraiture lies in “the fund of affection, and at times of pity” that Deakin, for all his legendary nastiness, expresses and responds to in his subjects. The dreams and struggles of Soho’s brawny-armed transvestites, stripe-shirted Italian waiters, smartly tailored thugs, shabby alcoholics, and suffering poets are laid bare without condescension or sentimentality. Like Brassai’s Parisians, many of Deakin’s subjects are what MacInnes called “creatures crushed by life,” though Deakin, unlike Brassai, posed them, as in the painters’ group at Wheeler’s. 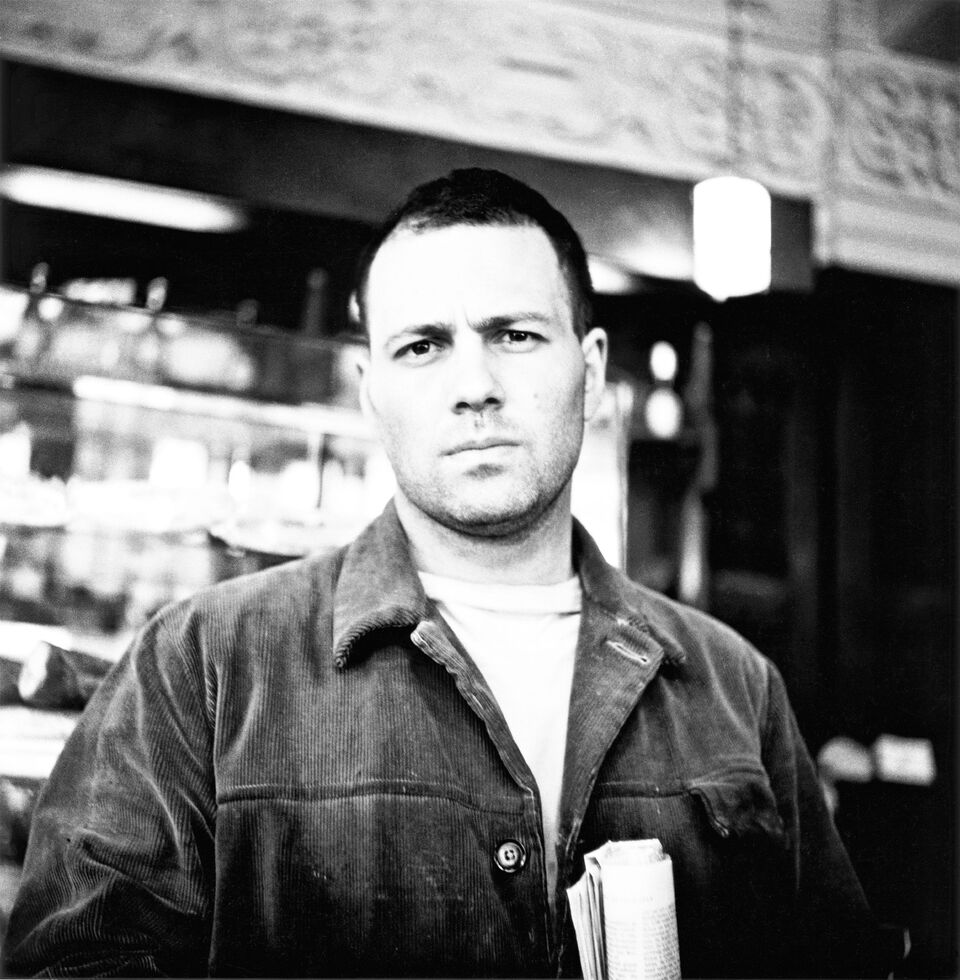 Deakin photographed painters with the same harsh honesty, but these portraits are different. The painters may sense the crush of life—Bacon looks puffy and seedy, Freud demonically furtive, and Auerbach slightly hunted—but as visual artists, they are peers as well as victims of the lens. They look back at Deakin with an appraising eye, artist to artist, intimate to rival. As Deakin understated about Bacon, “He’s an odd one, wonderfully tender and generous by nature, yet with curious streaks of cruelty, especially to his friends.” 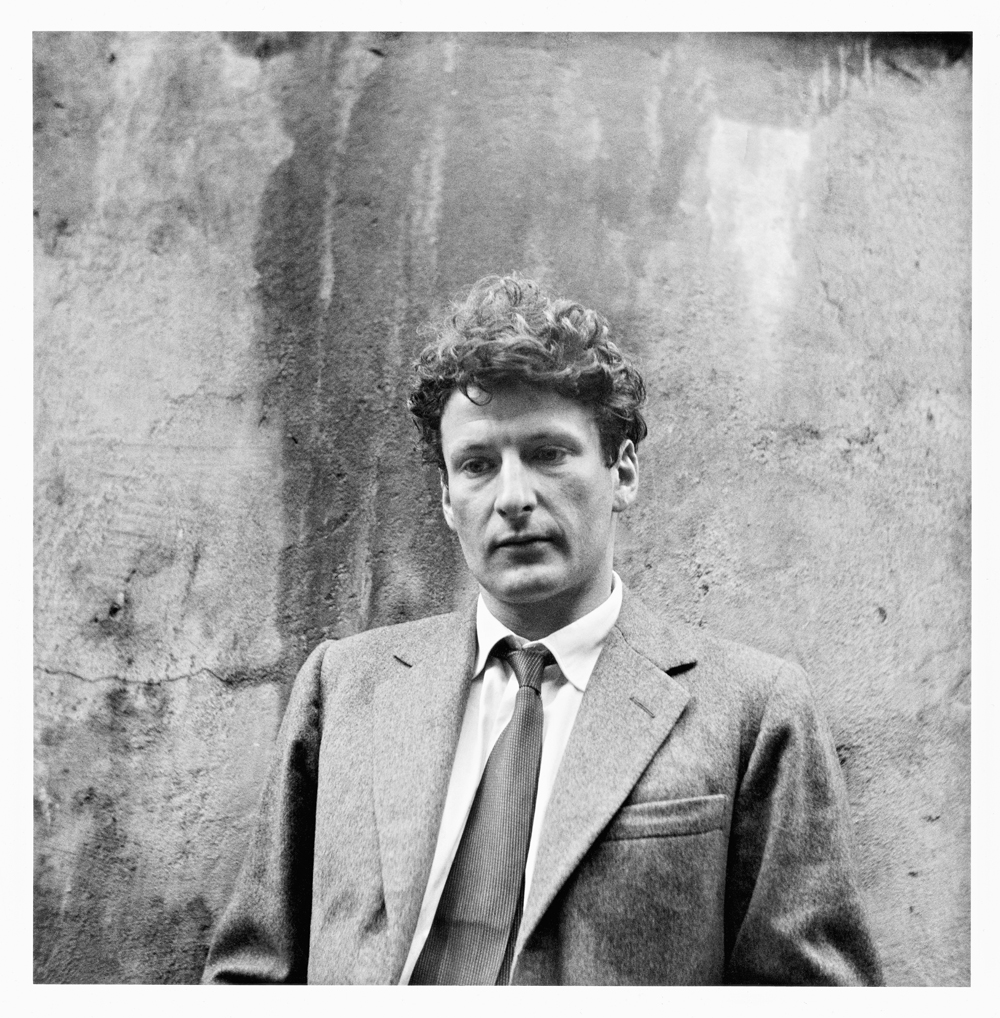 1 Under the Influence: John Deakin, Photography and the Lure of Soho, edited by Robin Muir; Art / Books, 176 pages, $50.

Dominic Green’s most recent book is The Religious Revolution (Farrar, Straus and Giroux).