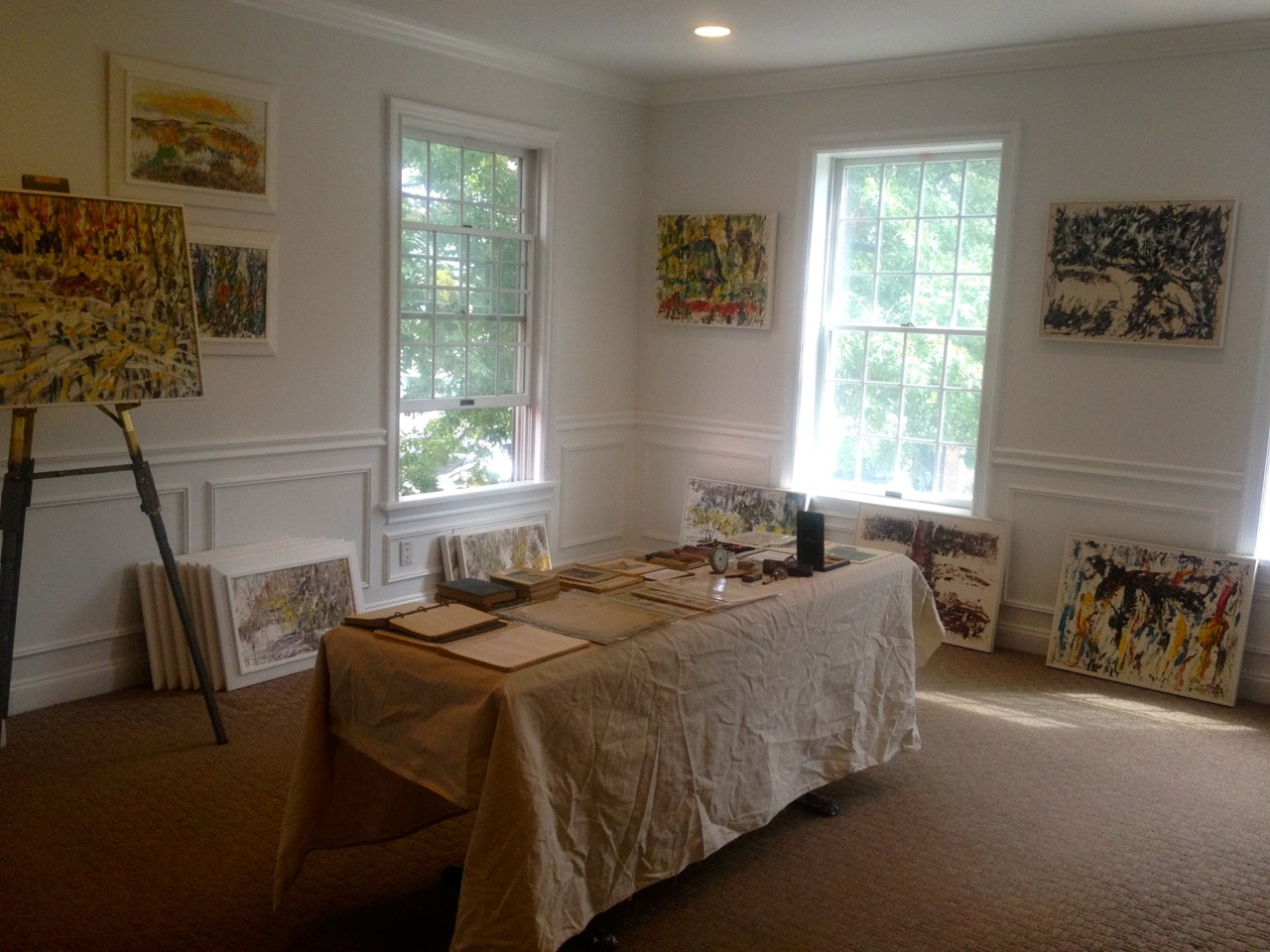 Not many people had heard the incredible story of Arthur Pinajian until a feature story appeared in The New York Times in 2007 under the headline, "Closing on a House, and a Life's Story, Told in Art." The Times reported on the extraordinary discovery of the art of this Armenian-American artist, who toiled in obscurity for twenty-six years in Bellport, Long Island, producing thousands of paintings without any critical acclaim.

Eight years after his death in 1999, Thomas Schultz and Larry Joseph, looking to turn a profit in the real estate market, purchased the smallest house in Bellport, which happened to be Pinajian's former residence. They soon discovered that the $300,000 price tag included a "rotting compost pile of art" filling the garage and attic. Instead of obeying the artist's request to send his work to the landfill, the two men stored the 7,000 pieces of art. The collection included "sketches of soldiers from the war, paintings of Woodstock artist colonies from the 1950s and '60s, paintings of Bellport through the years." Schultz told the Times sorting through the art was "like an architectural dig."

Soon after Schultz and Joseph bought the house, they realized that they had more on their hands than rotting compost. In 2008, they asked the art historian William Innes Homer, a former professor at the University of Delaware, to examine a sample of Pinajian works. Finding the art promising, Homer dedicated a year to studying the entire collection, concluding that the quality of the work was as good as, if not better than, the work of contemporaries such as Willem de Kooning and Franz Kline. Homer then convinced art historian Peter Hastings Falk to curate the collection. Falk appraised it at an astonishing $30 million. Pinajian’s art was first displayed at a museum in Woodstock, New York in 2010. It has since appeared in multiple institutions across New York, Massachusetts, and California, including an exhibition this past winter at Antiquorum Gallery on Madison Avenue (Pinajian's works ranged from $3,750 to $87,000 at the gallery).

Today, Schultz archives and manages the artist's immense collection from his art gallery in Bellport, where Pinajian's work is being shown in the ongoing exhibition, "Lost and Found." Over the weekend, I returned to my hometown to explore the collection and chat with Schultz about his plans for the collection going forward.

In the downstairs gallery in Bellport, I had the chance to see Pinajian's most valuable early abstract works (with pieces Schultz claims are selling for over a quarter million dollars). They were all in simple white frames and characterized by defined black lines and brightly colored geometric shapes. I then climbed a narrow staircase to the second portion of the exhibition. Here, side rooms were overflowing with Pinajian’s original paper sketches of his landscapes, which Schultz and his colleagues are pairing with the final products. Many of these framed paintings are stacked along the walls, as there is simply not enough wall space to hang each one. These later landscapes still bear a resemblance to his more abstract art, but the lines are gentler, colors more muted, and the scenes of rivers and dunes are recognizable. 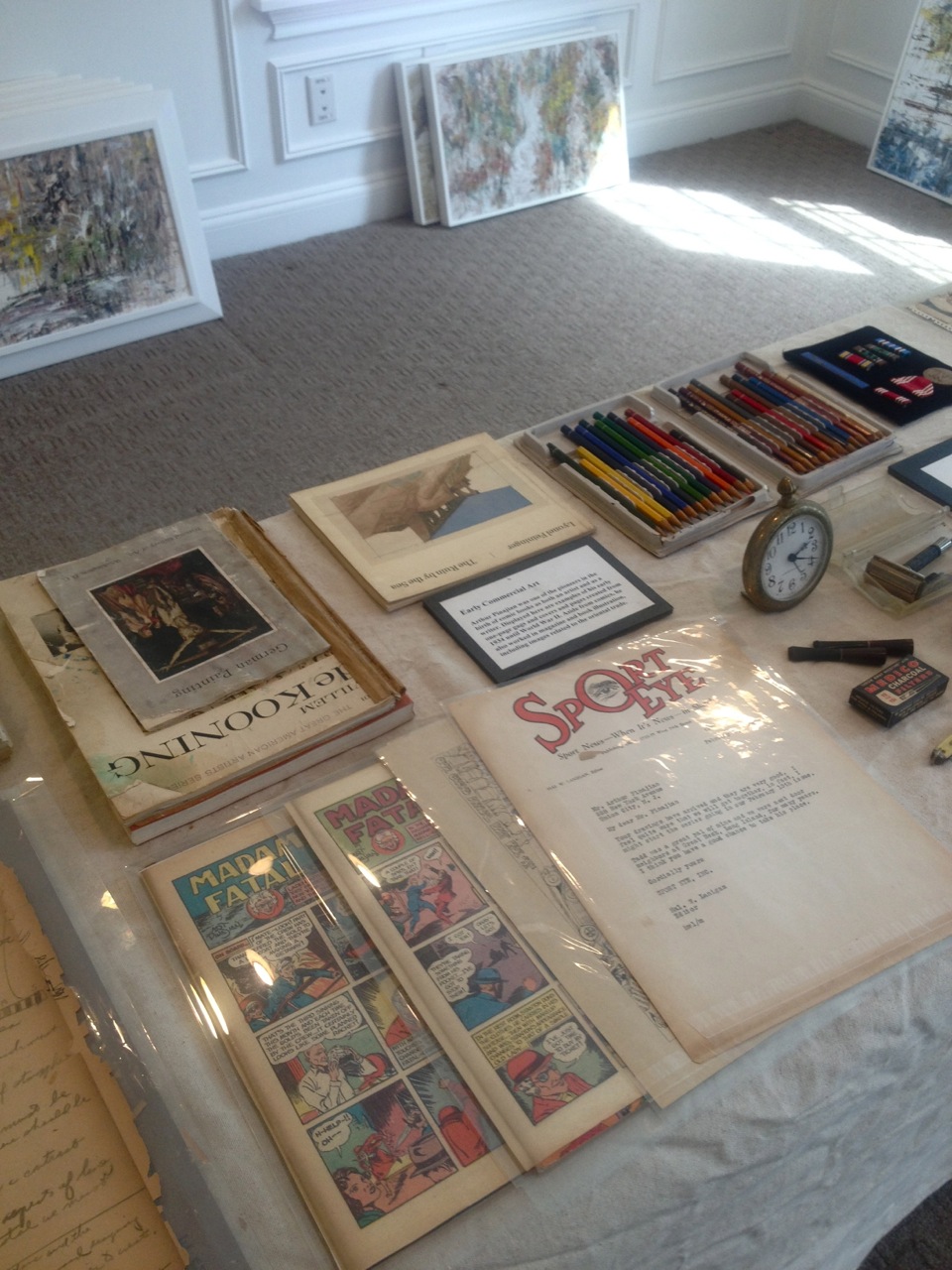 Schultz says he plans to keep the majority of the collection together, since it is such a rarity in the art world to have this comprehensive a look into an artist's life and work. "The evolution of an artist can be studied by studying the Pinajian collection -- and that's rare," Schultz told me. "We have the man's philosophy, thought process, and personal thoughts with regards to inner motivations and feelings."

A few paintings must be sold to fund the project, but the hope is to find an institution that will purchase the entire collection and preserve and digitize it, making it more accessible to the public. "One day I'll be able to take my daughters to major museums and we'll be able to stand in front of a Pinajian on the wall," Schultz said. "I'll be able to articulate to them that I had something to do with saving the legacy of this artist." 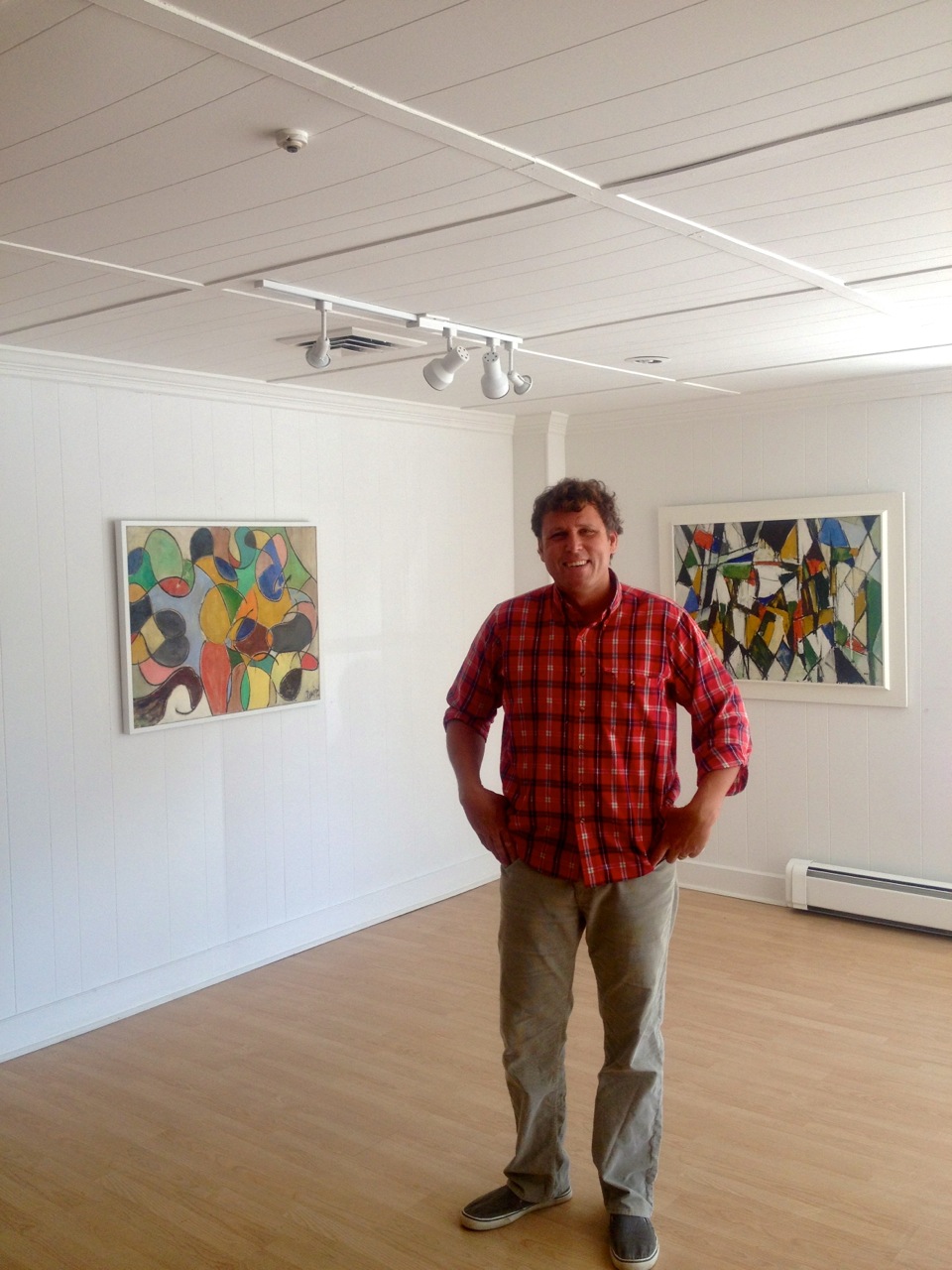 By organizing and exhibiting Pinajian's art, Schultz has done what the artist never had the energy or interest to do. After leafing through his journals, Schultz learned that Pinajian's decision to discard his work stemmed from frustration at "the indifference that the world had given his work over the decades." This indifference was perhaps to be expected since he refused to participate in the business side of the art world and never showed his work at galleries. Once a successful cartoonist, Pinajian rejected the commercialism of illustrating and joined what he considered the "more serious" 1940s abstract expressionist movement, becoming a recluse first in Woodstock and later in Bellport.

Schultz thinks Pinajian's story is a "cautionary tale." He doesn't want the world to lose another Pinajian. By opening Gallery 125, which is reserved for the work of regional and local artists, he takes care of the business side of art for emerging artists. "No more Pinajians," Schultz said. "If you are creating art, I will exhibit it for you. No more almost lost collections."