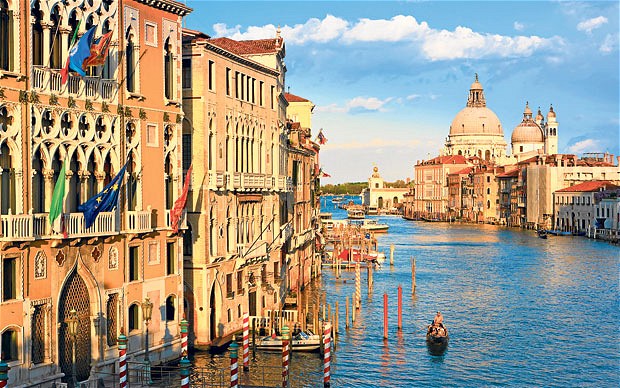 Over the past few years, the high school gap year has become more and more popular—and with good reason. This interval, between high school and college, serves as a time for teenagers to transition into adulthood. It offers the important chance to explore the world outside the walls of school—before they reenter them for four more years—and to learn skills by dint of their own experience, rather than in the classroom.

If a gap year is spent wisely it has the potential to enrich the following years of college. It can introduce a taste of autonomy and maturity into collegiate study. This has been the case for several friends of mine, who either went abroad after high school to learn another language, or toured Europe and America with their bands, or even just moved out their parents’ houses and worked hard for a while. All of them, when they entered college, had grown from their exposure to the world. College-level work was, in different ways, more meaningful. And colleges themselves are recognizing the benefits of these sorts of experiences: Bennington College, for instance, where I am a senior, incorporates purposely non-academic internship periods into its own curriculum.

The uglier counterpart of this is the industry of gap year programs that has cropped up in recent years, ensuring college-age students looking for time off that their time will be spent profitably. The growth of the national Gap Year Fairs, from seven to thirty in the past five years, is a testament to their popularity. Many of these programs seem to cater exclusively to the demands of college admissions offices by inflating high school résumés during the interval.

Though not all of them miss the point, I think the approach of most of them can taint what a gap year should be. It is certainly wasteful to take a gap year as a postponement, rather than an extension, of adulthood, but I think a competitive, over-academic approach threatens to defeat the organic purpose of taking time off for oneself.

The John Hall Venice Course is a promising exception, one that offers a rounded, humanistic education to college-age students. Each year, the Course—now accepting applications for its fiftieth winter—takes recent high school graduates on an extended tour of Europe from late January to mid-March: one week in London, six in Venice, and an optional two more in Florence and Rome. Recalling the Grand Tour of eighteenth-century English education, the emphasis is on the art of these great cities, and the schedule for the eight weeks is packed both with daily walking tours of the cities and their museums, and with lectures on a variety of topics in the history of their art, architecture, and opera.

The Course is careful to distinguish itself from the catalog of language-learning and art tour programs that target the gap year. It is, quite apart from these, a lengthy cultural immersion led not only by scholars but also by “curators, critics, conductors, theatre directors, [and] writers.” It also includes classes in Italian, photography, drawing, and cookery.

As the four years of high school steadily devolve into a competition—part race, part strategy—for the highest marks, students risk losing sight of exactly what the John Hall Venice Course seeks to preserve: knowledge for the sake of knowledge. The Course offers the kind of experience afforded to the young Edward Gibbon when his Grand Tour brought him through Rome, where, he later wrote, “several days of intoxication were lost or enjoyed before I could descend to a cool and minute investigation,” and where, “as I sat musing amidst the ruins of the Capitol, while the barefoot friars were singing vespers in the Temple of Jupiter, the idea of writing the decline and fall of the City first started to my mind.”

It is this “intoxication” that the John Hall Venice Course strives for: In the words of their online brochure, “a lifestyle where the vibrant present (it’s always vibrant in Italy) is lived in a visibly present past. . . . Of all countries, it is Italy that offers the most potent distillation of Western Civilization.”

Applications for the 2015 John Hall Venice Course (January 26–March 14) are still being accepted. If you know a high school student who is juggling options for the future, direct him or her to the Course’s website for more information on the gap year philosophy and on how to apply.

Walker Mimms is a former editorial intern of The New Criterion and a recent graduate of Bennington College. He lives in Nashville, TN.