This week: Calm in Chaos, Delacroix, Art Deco & more from the world of culture. 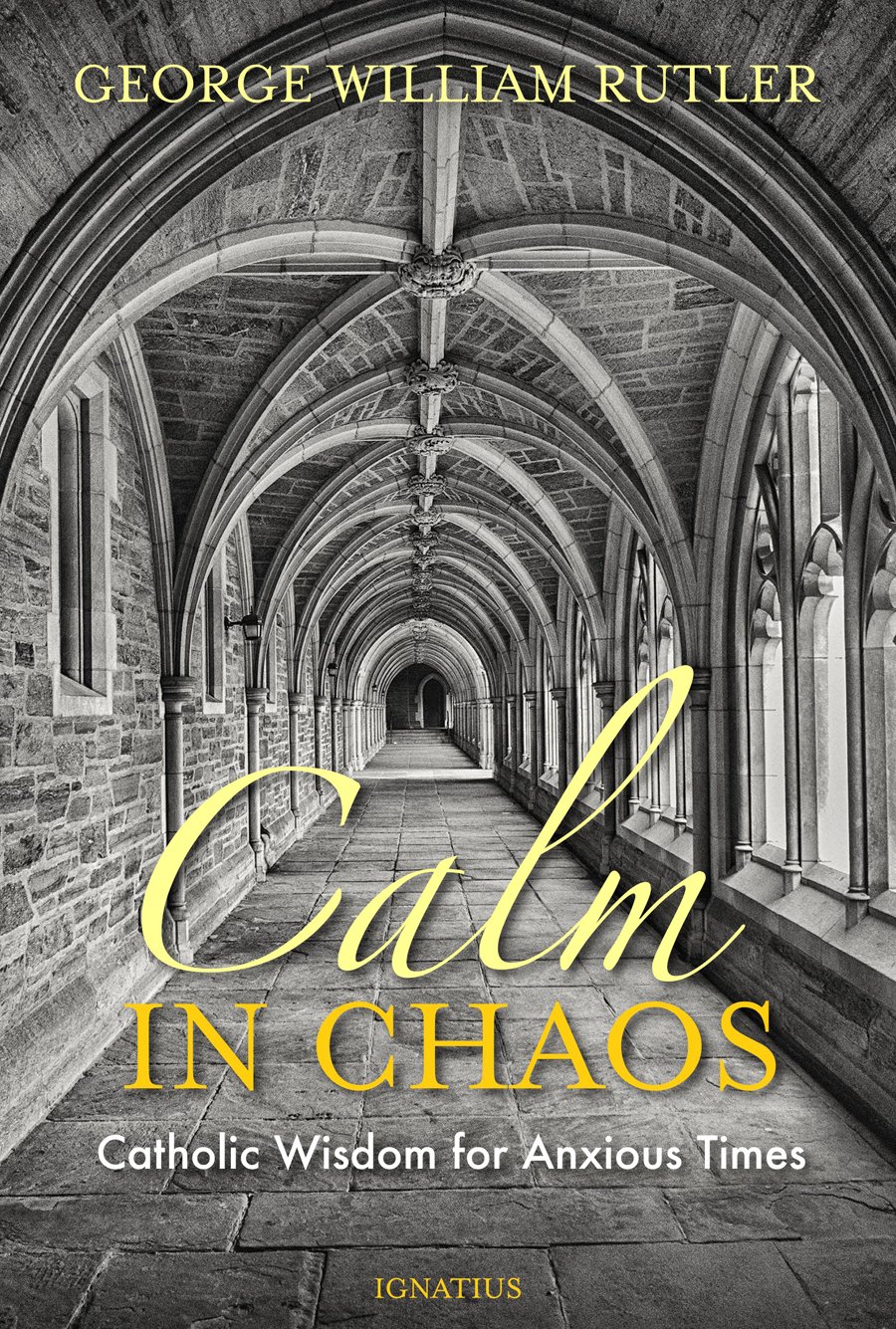 Calm in Chaos: Catholic Wisdom in Anxious Times, by George William Rutler (Ignatius Press): The Rev. George William Rutler is our Cardinal Newman, our Dean Inge, our G. K. Chesterton, our Ronald Knox. His combination of wit and erudition in the service of the cure of souls has by its nature always been a rare thing. In this post-literate, ephemera-addicted age, it is an absolute rarity. His new book, Calm in Chaos: Catholic Wisdom in Anxious Times, draws from a timeless well of wisdom to address exigent, timely matters. All is not well in the historical Church, and Fr. Rutler dwells on some of those discontents and deformations in these thirty-six brief but pointed essays. Others deal with contemporary political matters—his essay on President Trump’s magnificent speech in Warsaw is particularly powerful—others still on the smorgasbord of cultural interventions that interpose themselves between a lively, inquiring mind and reposeful contemplation. There are essays on the liturgy post–Vatican II, the adulation of the pop singer David Bowie on the occasion of his death, the canonization of St. Teresa, various aspects of Cardinal Newman’s thought, and the scandal of Islamic terrorism. A particularly pungent intervention is “The Use of Brains in a Brainless Time,” which begins, “Egyptian embalmers attributed all emotive response and intelligence to the heart, so they threw the brain away, assuming it would not be needed in the afterlife.” But how about in this life? That is the question Fr. Rutler pursues with reference to the encephalic response to terrorism on the part of so many of those we’ve entrusted with our safety. This is an astringent, eye-opening series of meditations on (as Trollope put it) the way we live now. Much that Fr. Rutler says is sobering. Some of it is amusing. All of it is a goad to what Aristotle, seeking to define eudaemonia, said: that happiness which marks the good life for man, encompassed in that untranslatable word energeia. Taken together, Fr. Rutler writes in his introduction, these essays “are neither pessimistic nor optimistic, because they are about the virtue of hope.” Buy this book. And then (to quote St. Augustine) Tolle, lege. You will be glad you did. —RK

“Delacroix,” at the Metropolitan Museum of Art (September 17 through January 6, 2019): It took a generation in France for its revolution in painting to match its revolution in politics. With his bloody scenes painted in a brushy manner, Eugène Delacroix (1798–1863) jolted the lingering reserve of painting’s ancien régime and opened the floodgates to a more expressive modern style. Whether his art has been as enduring as his revolution is now taken up by a major retrospective at the Metropolitan Museum—the first anywhere since 1963, and the first ever in North America. With previews this week, the exhibition opens September 17 and runs through January 6, 2019. Look for our feature review, by Dominic Green, of this exhibition’s first iteration at the Musée du Louvre in our September 2018 issue. —JP

“Art Deco New York: The Architects Speak,” at the Center for Jewish History (September 13): While some of the major proponents of Art Deco in New York came from old-line New York families (Cross & Cross, the designers of the General Electric Building, were eminent clubmen), the style, unlike Beaux-Arts, was not the exclusive preserve of New York’s WASP elite. Indeed, some of the most prolific Deco builders were recent Jewish immigrants. This Thursday, Anthony Robins, of the Art Deco Society of New York, will talk about three Jewish architects who had a major impact on the architectural environment of New York: Marvin Fine, Israel Crausman, and Louis Allen Abramson. Robins cannily recorded interviews with the three during the 1970s and ’80s, which are sure to shed light on the architectural profession during what many consider to be the heyday of New York building. —BR

“Transformed Overnight: The Impact of 9/11,” film screening and talk at the Brooklyn Historical Society (September 11): In early September 2001, the filmmaker Wolfgang Staehle was working on a “panorama of eventlessness” that would feature scenes from Berlin, a German monastery, and the Manhattan skyline. What his footage captured was one of the most catastrophic events in American history: the terrorist attacks that brought down the Twin Towers on September 11, 2001. On the seventeenth anniversary of the attacks, the Brooklyn Historical Society will provide a continuous free screening of Staehle’s 2001, followed at 7 p.m. by talks from Tina Chang, a Brooklyn-based poet who has written about the attacks, and Clifford Chanin, who helped design the 9/11 Memorial & Museum. Check out this list of Tuesday’s commemorative events, including prayer services, candlelight vigils, a “Tribute in Light,” and the reading of the victims’ names at the World Trade Center. —HN

From the archive: “America resumed: 9/11 remembered,” by Michael J. Lewis (September 2011). The first entry in the series “Future tense: the lessons of culture in an age of upheaval.”

From the current issue: “Marvelous Muriel,” by David Pryce-Jones. On the life and legacy of the fiery Scottish novelist.