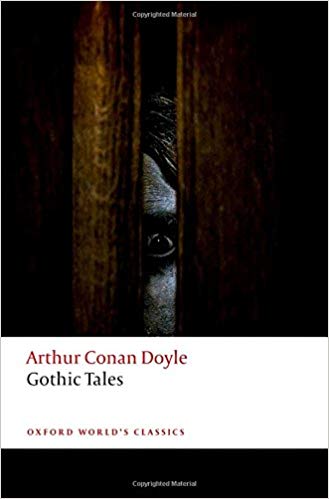 Gothic Tales, by Arthur Conan Doyle (Oxford World’s Classics): The first scholarly edition of Arthur Conan Doyle’s Gothic stories presents the British writer at the peak of his powers. Although Doyle (1859–1930) is best known for his beloved character Sherlock Holmes, the author spent his later life attempting to avoid association with his great rationalist hero (“I think of slaying Holmes. . . . He takes my mind from better things,” he wrote in 1891, and in 1893, he did, only to resurrect him because of the public’s outrage). Raised Irish Catholic and sent to English Jesuit schools, Doyle became a doctor by profession and an agnostic by creed. But eventually he found the Victorian-era’s “death of God” ethos just as constricting as the religious views of his upbringing. Increasingly attracted to the supernatural, he declared himself a “spiritualist” after “discovering” the psychic abilities of his children’s nanny in 1916. Doyle’s fascination with the occult eventually overpowered his reason (he refused to believe Houdini’s illusions were illusory; he abused those who exposed false psychics), but it also inspired some of the most terrifying of Gothic short stories. Doyle rivals his contemporaries Henry James and Oscar Wilde for their exploration of the fears, uncertainties, and irrationalities that haunted the West in the dark years surrounding the Great War. —HN

“Medieval Monsters: Terrors, Aliens, Wonders,” at The Morgan Library & Museum (through September 23): Fiery dragons, wild beasts, man-animal hybrids, gargantuan sea monsters: these fantastical beings have endured through the centuries as visual evidence of the imaginative and highly supernatural culture of the European Middle Ages. All too often, however, the creatures that litter medieval art and manuscripts are simplistically invoked as evidence of the backwater irrationality that ruled those supposedly primitive societies. On now through September 23 at The Morgan Library & Museum, “Medieval Monsters: Terrors, Aliens, Wonders” argues for a far more complex understanding of the medieval use of monsters in its visual lexicon—primarily, that (by opposition) they reinforced cultural norms of civilization and expected behavior. Hosting depictions from the hairy, ape-like “wild men” that early explorers claimed to have encountered in their travels to St. Martha’s fish-like Tarasque to heavily caricaturized Jews and Muslims that themselves landed on the “subhuman” spectrum, this exhibition of more than sixty objects (including manuscripts, sculpture, tapestry, and more) is as historically instructive as it is visually exquisite. —AS

“Dance at Socrates,” at Socrates Sculpture Park (August 11, 18, & 25): Dance, of course, originated out of doors. So there is something ritualistic about seeing human movement in its natural state. At Socrates Sculpture Park, the spectacular waterfront venue in Astoria, Queens, reclaimed from a former dump site by the sculptor Mark di Suvero, neo-Paleolithic sculptures form the backdrop to Dance at Socrates. Now in its sixth season, this summer residency sponsored by Norte Maar brings choreographers and multiple dance companies to the park through August, culminating in Saturday performances at 4 p.m. This week features Movement Migration and Project 44, Carlos Fittante | BALAM Dance Theatre, Sarah Louise Kristiansen, and Janice Rosario & Company. Next week, a final performance on August 25 will bring a double bill of Kyle Marshall Choreography and Kathryn Alter, Thomas/Ortiz Dance, konverjdans and Kristina Hay in collaboration with Hilary Brown | HB² PROJECTS, and Norte Maar’s own Julia K Gleich | Gleich Dances. Looking to make a day of it? Along the theme of sculpture and life, just across the street, be sure not to miss the exhibition of Akari: Sculpture by Other Means at the singular Noguchi Museum. —JP

“Upstate Escape: Roots of Tourism in the Empire State,” presented by Ian Fowler at the New York Public Library’s Stephen A. Schwarzman Building (August 14): Where exactly does “upstate” New York begin? Hardened citizens of Gotham might claim that “upstate” is anywhere north of the City. Those of us who grew up in the (very) lower Hudson Valley river towns of Rockland County were led to believe upstate was much farther north—arguably anything above Orange County. A lecture this Tuesday at the NYPL aims to shine a light on the obscure notion of “upstate” through an examination of the roots of nineteenth-century tourism to places like Ballston Spa and Saratoga Springs—places which definitely qualify as “upstate” no matter where one is from. —BR

From the archive: “A cottage for Mr. Naipaul,” by Joseph Epstein (October 1987). On The Enigma of Arrival & earlier works by V. S. Naipaul.

From the current issue: “Exhibition note,” by Andrew L. Shea. On “Chaim Soutine: Flesh” at the Jewish Museum.