Sea Power: The History and Geopolitics of the World’s Oceans, by Admiral James Stavridis (Penguin): In 1769 William Blackstone wrote, “The royal navy of England hath ever been its greatest defense and ornament; it is its ancient and natural strength; the floating bulwark of our island.” Indeed, as the British Empire showed at its height, control of the seas is the linchpin that has held together the world’s greatest empires throughout most of history. Admiral James Stavridis, the dean of The Fletcher School of Law and Diplomacy at Tufts University and the former Supreme Allied Commander at NATO, saw this firsthand over the course of forty years spent sailing across the globe as an officer of the U. S. Navy. In his new book, Sea Power: The History and Geopolitics of the World’s Oceans, Stavridis weaves personal anecdotes and memories into his history of various naval regions that have been important at different points in history. Organized by these regions (one chapter looks at the origins of naval warfare within the Mediterranean; another examines the Atlantic’s role in the birth of colonialism), Stavridis’ book sheds new light on a perhaps under-considered factor in military history, doing so with a confidence of knowledge and ease of writing that befits Stavridis’ extensive experience in naval strategy.—AS 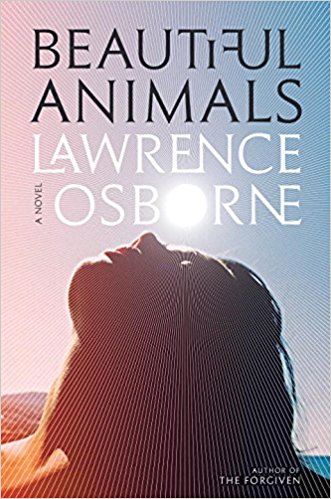 Beautiful Animals, by Lawrence Osborne (Hogarth): A work of fiction set in contemporary Greece—and with the Syrian migrant crisis as a major plot point—might risk being a bit on the nose. Not, however, in the capable hands of Lawrence Osborne. He has made a career of exploring the often toxic, sometimes fruitful interactions between East and West, most successfully in his book of essays The Wet and the Dry, which explores how alcohol—Eastern invention, Western vice—is viewed in different cultures. Beautiful Animals, set on Hydra, probes the limits of humanitarianism, rendering its judgments softly and with nuance. When it is easy to evaluate people and positions on a binary scale, it takes real courage to see the muddy middle.—BR

Summer Group Show at Betty Cunningham Gallery (through August 4): As we move into the first week of August, many of New York’s gallerists have closed up shop, preparing to take their annual late-summer vacations. Although this summer’s delightful “group show season” is ending rapidly, there is still a chance this week to take one last trip to an excellent exhibition at the Betty Cunningham Gallery on the Lower East Side. This group show, saturated with painting heavyweights such as Rackstraw Downes, Fairfield Porter, Andrew Forge, and Stanley Lewis, among others, is set to close this Friday. The works selected, both the representational and the abstract among them, seem to pay homage to this late-summer season, and as such serve as a fitting send-off for the upcoming recess.—AS

Mostly Mozart Festival Orchestra, Beethoven’s Seventh Symphony (August 4–5): There’s no Mozart on this weekend’s Mostly Mozart program, but the concert will feature the work of his greatest successor in the Classical tradition: this Friday and Saturday, the Mostly Mozart Festival orchestra presents two evenings of Beethoven, beginning with the dramatic Egmont overture, drawing on the sturm-und-drang spirit of Goethe. The meat of the program consists of Symphony No. 7 in A Major, an energetic masterpiece as notable for its heroic bounding as for the arresting pathos of its second movement. Beatrice Rana joins for the First Piano Concerto, with Louis Langrée conducting.—ECS

“Operation Finale: The Capture & Trial of Adolf Eichmann” at the Museum of Jewish Heritage (July 16–December 22, 2017): On May 11, 1960, Mossad agents sat in a car parked by the side of the road in San Fernando, Buenos Aires, waiting anxiously for a man known as Ricardo Klement to exit the public bus taking him home from work. Once spotted, Klement was grabbed by three of the agents, and the car quickly drove off to a safe house. During the next nine days, the agents confirmed that Klement was in fact the man they had spent years searching for: Adolf Eichmann. Knowing well that Argentina would not cooperate with the Israelis’ wish to bring the former SS officer to Israel to stand trial, the agents dressed him as a flight attendant and snuck him onto an El Al flight. The trial that followed in Jerusalem forced the world to revisit the unimaginable events that had happened two decades prior.

“Operation Finale: The Capture & Trial of Adolf Eichmann,” now on view at the Museum of Jewish Heritage, details Eichmann’s horrible crimes, the meticulous planning that secured his capture in Argentina, and the significance of his subsequent trial. Items on display include recently declassified artifacts, video footage of the trial, and the bulletproof glass booth in which Eichmann sat during the trial, still with its original casing.—RH

From the archive: “Art and patronage today” by Samuel Lipman: On the trivialization of the arts in an age of public patronage. (May 1986)

From the current issue: “Coming home” by Michael Auslin: A review of Earning the Rockies: How Geography Shaped America’s Role in the World by Robert D. Kaplan.

Sign up to receive “Critic’s Notebook” in your inbox every week—it only takes a few seconds and it’s completely free!