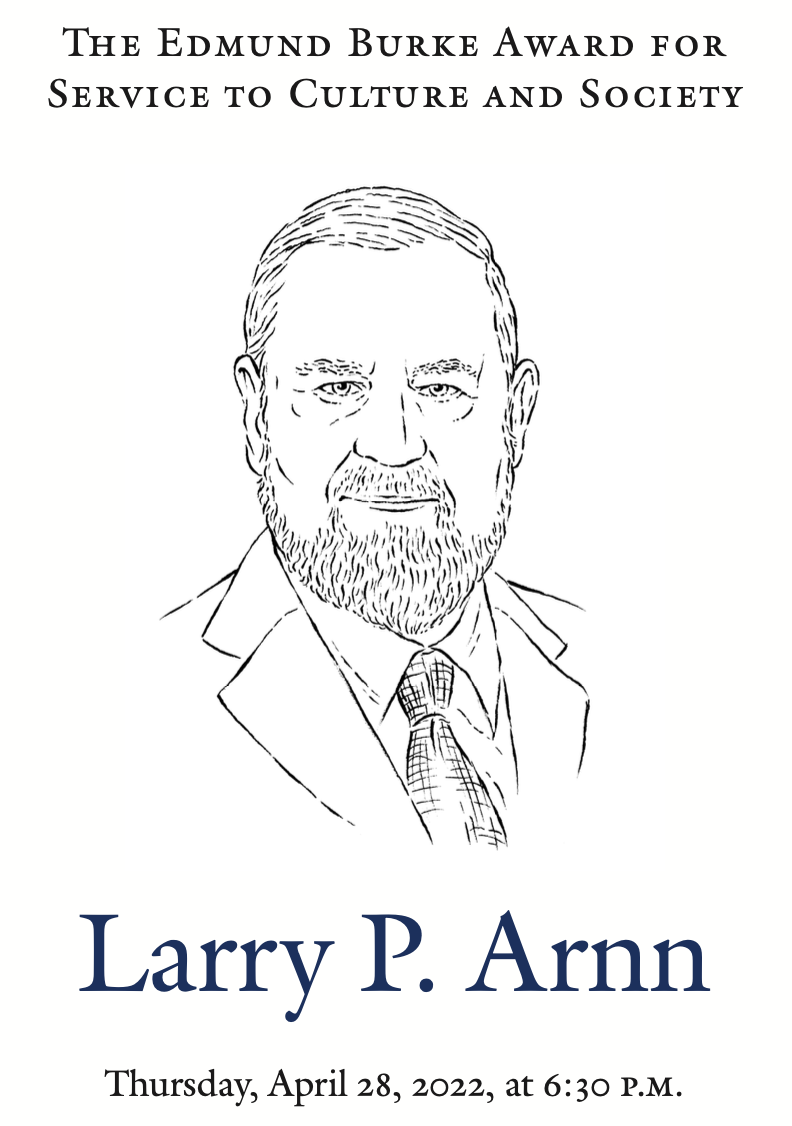 The ninth annual Edmund Burke Award gala, Metropolitan Club (April 28): On Thursday, April 28, 2022, we will gather for a special gala evening at the Metropolitan Club in New York to honor Larry P. Arnn, the president of Hillsdale College, with the 2022 Edmund Burke Award for Service to Culture and Society. A limited number of tickets remain on sale through this Friday, April 15, and can be purchased at newcriterion.com/gala. Even if your datebook finds you elsewhere, we hope that you will consider making a gift in honor of Dr. Arnn and this very special anniversary occasion. In the meantime, be sure to listen to the conversation between Dr. Arnn and our Executive Editor, James Panero, in our latest podcast. 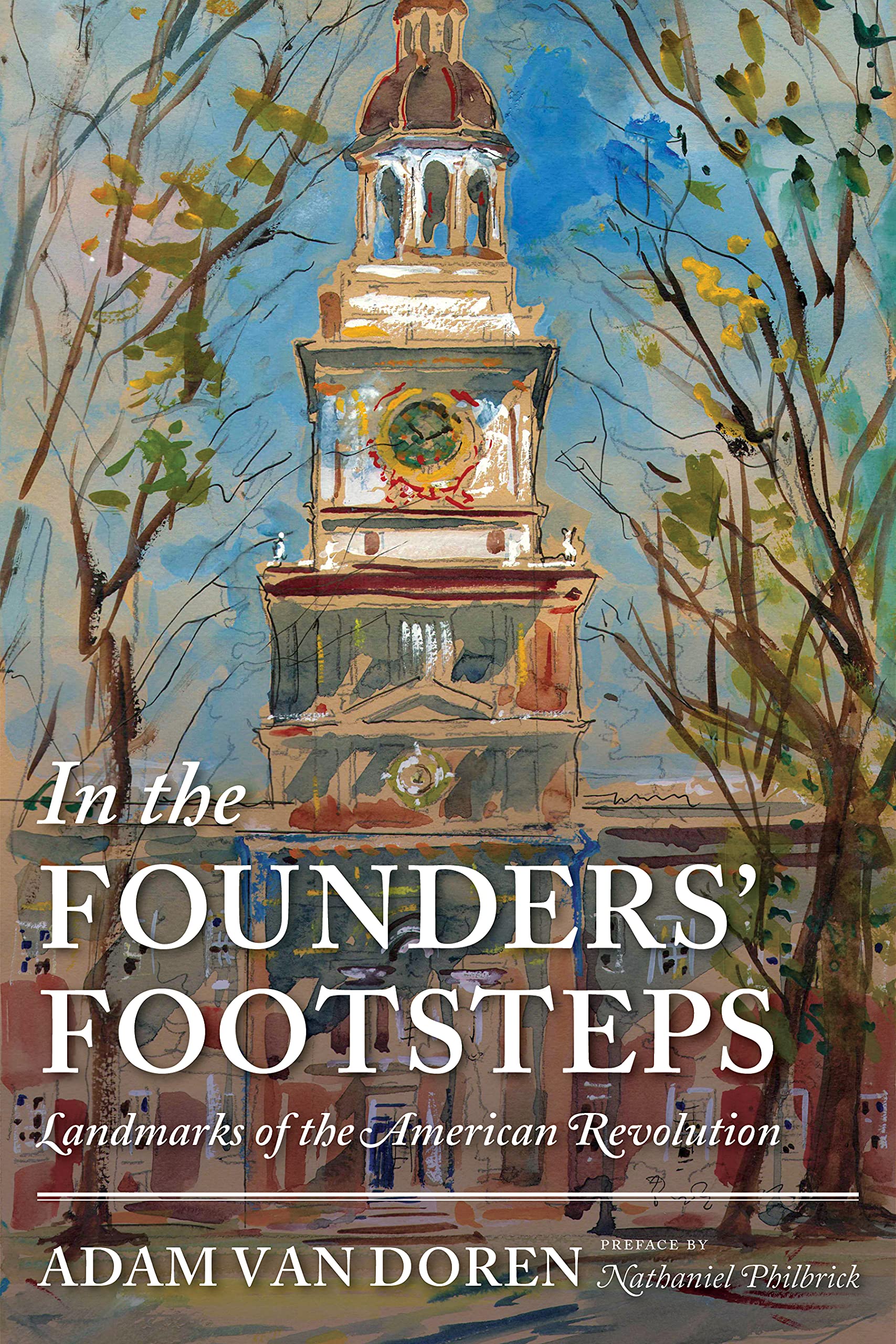 In the Founders’ Footsteps: Landmarks of the American Revolution, by Adam Van Doren (Godine): You will know many of the sites surveyed by the author and artist Adam Van Doren for his new volume, In the Founders’ Footsteps: Landmarks of the American Revolution—Independence Hall in Philadelphia, for instance, or Bunker Hill in Charlestown, Massachusetts. Others, such as the Longfellow House in Cambridge or Manhattan’s Fraunces Tavern, may be recognizable but less familiar; still others will be new to all but specialists and amateur historians. (I was delighted to learn of the Hudson River Chain Monument at West Point—a remnant of the original barricade stretched across that river in 1778, each link weighing over a hundred pounds.) Van Doren’s watercolors give the book visual appeal, and the window it opens on the lives of these places, past and present, makes it worth keeping around. —RE

“Thornton Willis: A Painting Survey, Six Decades, 1967–2017” at David Richard Gallery, Chelsea (through May 6) and Harlem (through May 13): A major survey of the paintings of Thornton Willis, now at David Richard Gallery across its two New York locations, makes a case for the inclusion of Willis in the pantheon of American abstract art. With over twenty major works on view from the artist’s collection, some of them not shown outside the studio for several decades, “Thornton Willis: A Painting Survey, Six Decades, 1967–2017” brings together highlights from each of Willis’s series of abstract compositions. Working across more than six decades, Willis has been consistent in his abstract exploration of the basic tensions between figure and ground, push and pull, color and contrast, and surface and depth—visiting and revisiting his visual language. David Richard’s Chelsea location includes a tight arrangement of these medium-size paintings, while the gallery’s Harlem venue gathers Willis’s largest works, topping out at over ten feet wide. Taken together, the full energy of these paintings is now ready to be felt and seen. —JP

Richard Strauss’s Elektra at the Metropolitan Opera (through April 20): Following close on the heels of a stellar turn in the title role of Ariadne auf Naxos, the Norwegian soprano Lise Davidsen returns to the Met stage for another Strauss opera. Elektra is an unrelenting tragedy that sees Strauss at his most modernistic, pushing the boundaries of harmony into often atonal territory to match the angst of the ancient Greek source material by Sophocles. Here Davidsen steps into the role of Elektra’s conciliatory, fearful sister Chrysothemis; Elektra, consumed by her bloodlust to avenge her father, is played by the Swedish soprano Nina Stemme. Donald Runnicles conducts Strauss’s dark masterpiece for three remaining dates this week and next. —IS 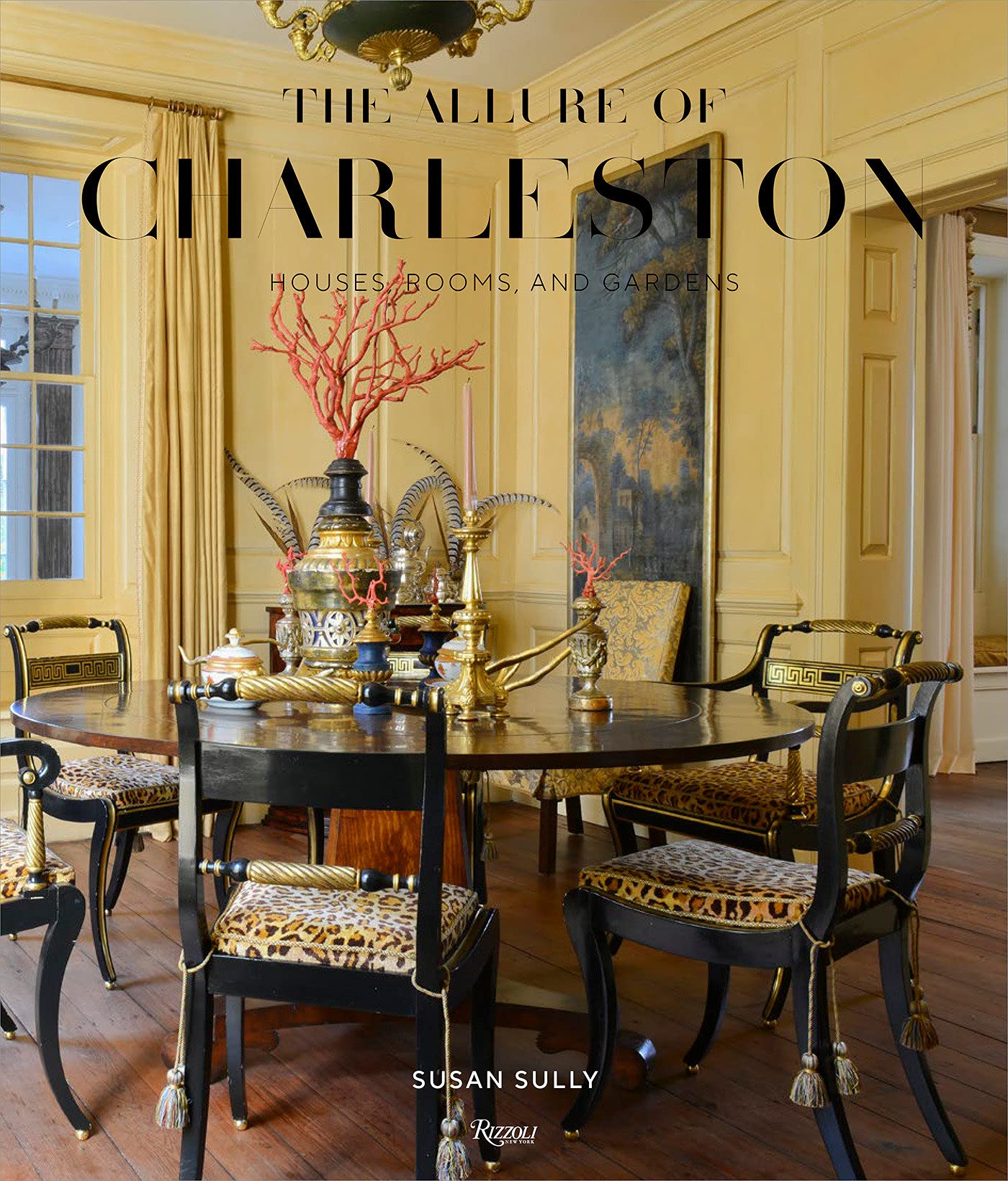 The Allure of Charleston: Houses, Rooms, and Gardens, by Susan Sully (Rizzoli): While Charleston may seem a stage set, engineered expressly for the heritage-tourism sector, Susan Sully’s new book The Allure of Charleston shows how the city’s charming architecture is the result of myriad individual decisions made by builders, architects, and owners. The delightfully askew orientation of the houses, for instance, derives from a desire to catch prevailing breezes—necessary in a place as hot and humid as the Holy City. With over two hundred full-color plates of interiors, exteriors, and gardens (don’t miss the wisteria on page 39), The Allure of Charleston demonstrates why so many continue to flock to this once-sleepy city. —BR

“Roger Kimball introduces the April issue.” A new podcast from the Editor and Publisher of The New Criterion.

“A touch of class” by Terry Teachout (November 1988). On the novels of Kingsley Amis.

“Long live the song recital,” by Jay Nordlinger. On an appearance by Elza van den Heever and Vlad Iftinca in Zankel Hall.