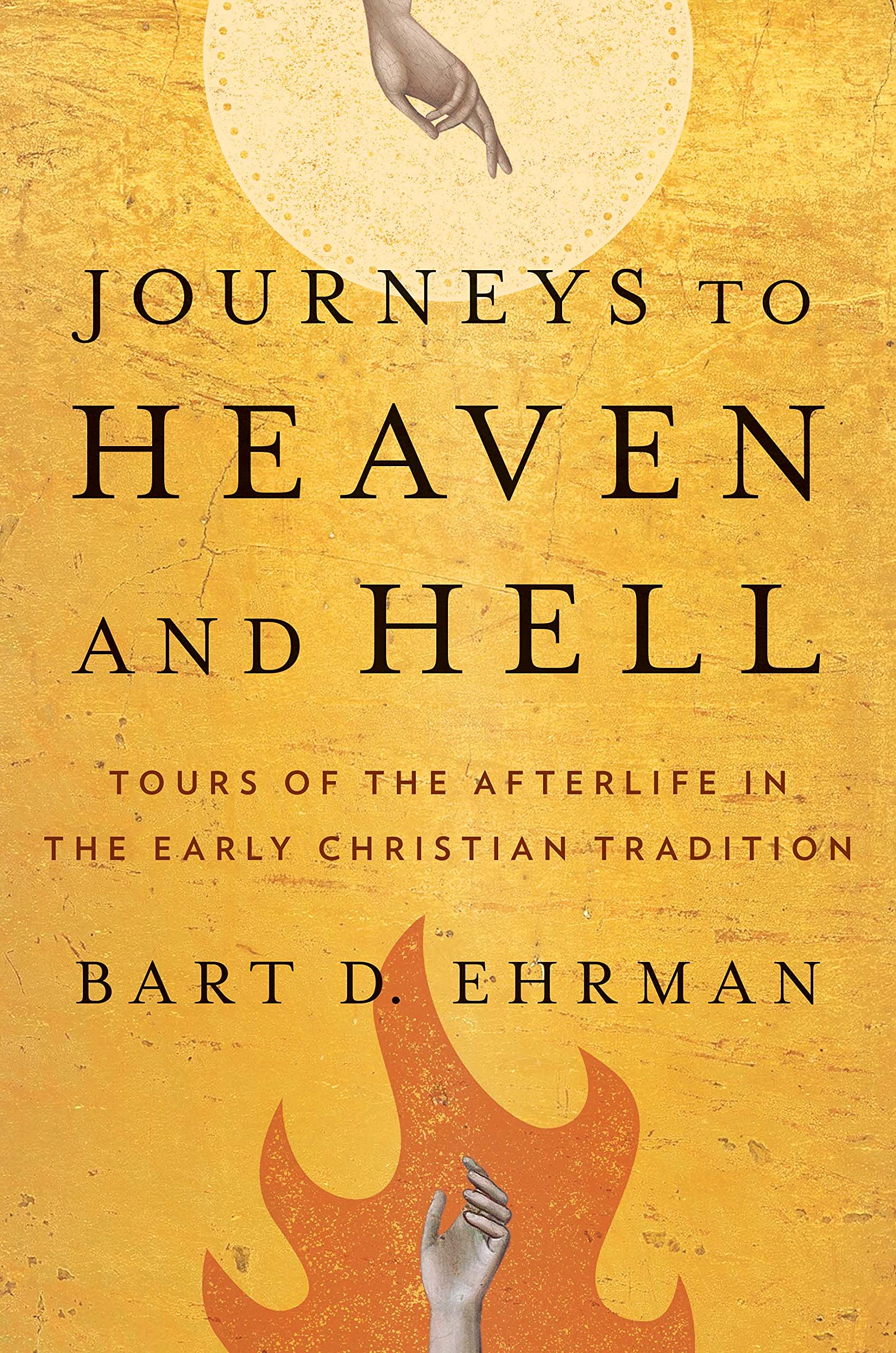 Journeys to Heaven and Hell: Tours of the Afterlife in the Early Christian Tradition, by Bart D. Ehrman (Yale University Press): The line “All hope abandon ye who enter here” from Dante’s Inferno is the best-known, but to my mind the most striking of underworld warnings in Western literature is the implicit one that follows, not precedes, the katabasis in Virgil’s Aeneid. At the end of Aeneas’s tour are two gates to the world above: one made of horn, for “true shades,” and the other of glittering ivory, for “false dreams.” Virgil has Aeneas and the Sibyl pass through the latter, as if reminding us that any commentary d’outre-tombe is likely hearsay. But then again, if hearsay, why tell it? In Journeys to Heaven and Hell, Bart D. Ehrman asks the same question of a handful of early (apocryphal) Christian afterlife narratives, comparing them to Homer’s and Virgil’s katabaseis as well as to Jewish accounts of trips to the underworld. One is thankful for such a guide. —RE

“Pompeii in Color: The Life of Roman Painting” at the Institute for the Study of the Ancient World, New York University (through May 29): Over a million tourists wander through Pompeii each year, but far fewer make it to the Naples Archaeological Museum. What a shame, for it houses the finest of the doomed city’s artistic treasures, which are too delicate to remain outdoors. For the next couple of months, however, New Yorkers can get a taste of the museum’s holdings, as the Neapolitan curators have loaned thirty-five brightly colored frescoes to NYU for a new exhibition, “Pompeii in Color,” including several that adorned the grand villa of the Roman aristocrat Marcus Lucretius. From refined portraits to bawdy bacchanalian scenes to still lifes of fruit and papyrus scrolls, visitors will learn about the techniques and (often Greek-inspired) subjects of Roman painting as it appeared in 79 A.D. On April 13, Eric Poehler, a classics professor at the University of Massachusetts, Amherst, will deliver a free online lecture on the various archaeological excavations of Pompeii spanning from the eighteenth century to the present. —JC

“Bohemian Nostalgia” at the Bohemian National Hall, with a talk by Nicholas Chong (April 6): By the time that the thirty-one-year-old Bedřich Smetana had written his Piano Trio in G minor (1855), he had already lost two daughters to sickness; within a handful of years, his wife and another daughter had succumbed as well. Smetana’s trio is his diary of grief, variously reflecting the anxiety, depression, and hope that the broken man felt during the dark days of his early career. Though it hews very closely to its minor key, lyrical passages in the major occasionally break free from the gloom, and a playful polka in the second movement paints a touching portrait of his favorite daughter. Championed by Franz Liszt, the trio remains Smetana’s most personal work and one of the most profound outpourings of sorrow in the classical repertoire. Hear it performed together with Dvořák’s Piano Trio No. 3 in F minor this Wednesday at the Bohemian National Hall in New York, with an accompanying talk by the musicologist Nicholas Chong. —IS

Dance Theatre of Harlem at City Center Dance Festival (April 5, 8–10): Founded in 1969 by Arthur Mitchell, the first black dancer to join New York City Ballet, and his teacher Karel Shook, Dance Theatre of Harlem has brought classical ballet uptown for over half a century. At the same time, DTH has incorporated uptown into classical ballet, promoting dancers and works that have expanded the classical repertoire. This weekend, DTH returns to the New York stage with three performances as a centerpiece of the first City Center Dance Festival. Anchoring the program is the New York premiere of Higher Ground, a work by the resident choreographer Robert Garland set to the music of Stevie Wonder, along with Balamouk, by Annabelle Lopez Ochoa featuring live accompaniment by The Klezmatics. Rounding out the run will be Passage, by Claudia Schreier with live music by Jessie Montgomery, and Odalisques Variations from Le Corsaire, by Dylan Santos after Marius Petipa, to be presented in alternating performances. —JP

“The Winter Show 2022” at 660 Madison Avenue (through April 10): Last week my colleague James Panero offered a preview of “The Winter Show,” which brings together over sixty dealers in fine arts and furniture to benefit East Side House Settlement. Highlights for me include a gorgeous Munnings with unforgettable gold details at Richard Green, a Caillebotte of three dead partridges at Red Fox Fine Art, and a Gainsborough sketch at Lowell Libson & Johnny Yarker that stuns in its immediacy. There is still a week left to explore all the treasures on offer. —BR

“Pionnières,” by David Platzer. On “Pioneers: Artists in the Paris of the Roaring Twenties” at the Musée du Luxembourg, Paris.