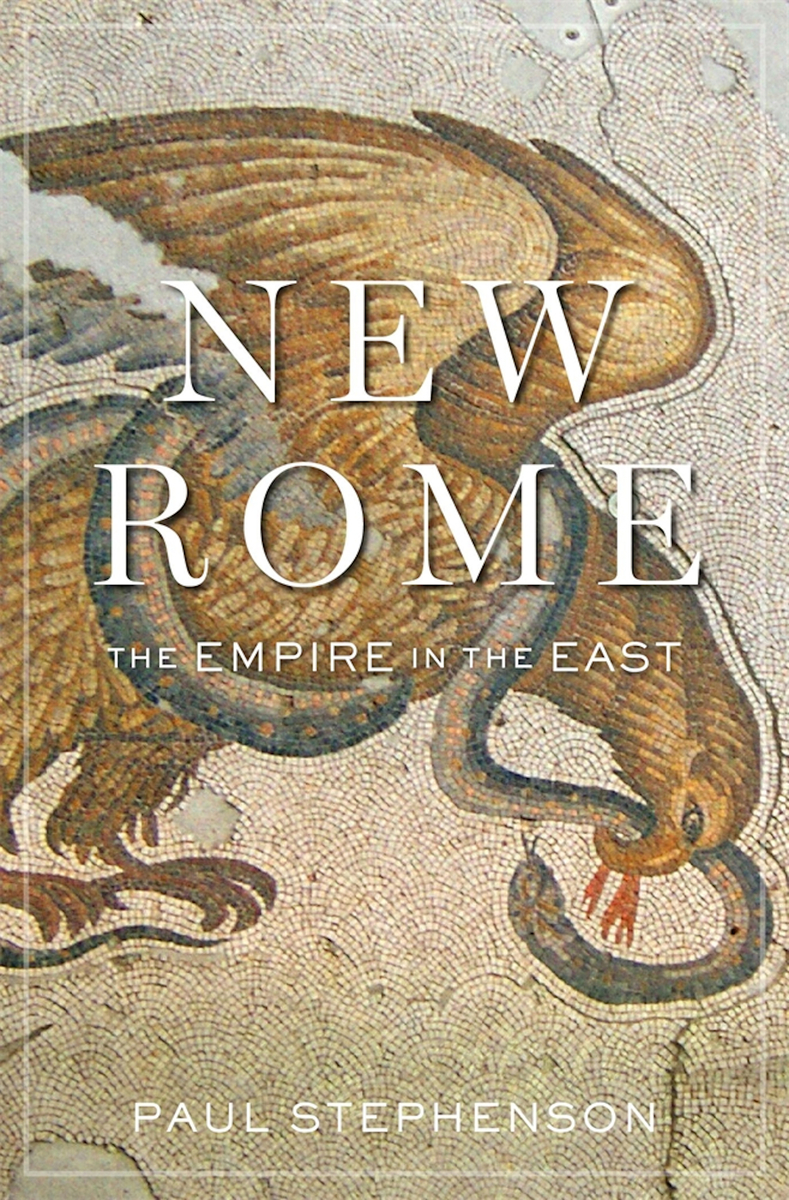 New Rome: The Empire in the East, by Paul Stephenson (Belknap Press):Our understanding of the so-called Byzantine Empire has developed significantly in recent years, with scholars like Anthony Kaldellischallenging long-held nostra about its relationship to the Roman one it outlived. The tricky bit is that the Byzantines considered themselves Romans, too—the term “Byzantine” is a modern one—and so the question of what, precisely, distinguished these Greek-speaking peoples in the East from their counterparts in the West, apart from the lack of Latin, is not so straightforward. A new book from the historian Paul Stephenson centers on the Byzantine world in the period 395–700 A.D., combining modern scientific methods with traditional history to explain which parts of Rome migrated east and what became of them. —RE

“The Utopian Avant-Garde: Soviet Film Posters of the 1920s,” at Poster House, New York (February 25 through August 21): A century ago, in the early years of the Soviet Union, Russian artists and filmmakers used modernist design to shape and broadcast the look of the new Bolshevik state. “The Utopian Avant-Garde: Soviet Film Posters of the 1920s,” opening this week at Poster House, draws on loans from the Ralph DeLuca Collection to explore this revolutionary and doomed visual language. With poster designs by Alexander Rodchenko, the Stenberg brothers, and Semyon Semyonov, among others, the exhibition curated by Angelina Lippert reveals the radical graphic sensibility behind such movies as Kino Eye (1924) and Battleship Potemkin (1925).  —JP

“Artists at the Center: Tiler Peck,” at New York City Center (March 4–6): Not every dancer at the New York City Ballet is putting her feet up at the close of the company’s winter season, which ends this week. The principal dancer Tiler Peck, for example, has rounded up friends and colleagues for New York City Center’s inaugural “Artists at the Center” series. The program features a mix of works by Alonzo King of the West Coast’s LINES Ballet, the tap dancer Michelle Dorrance, and Peck herself. Most exciting is the live premiere of The Barre Project by the Frankfurt-based American choreographer William Forsythe, which was released as a film last winter. Forsythe transplants the humble metal rod from the rehearsal room to the stage in this five-movement work set to music by the British composer and singer James Blake. Peck will share the stage with Lauren Lovette, Isabella Boylston, Roman Mejia, Byron Tittle, and others in a three-day run starting next week. —JC 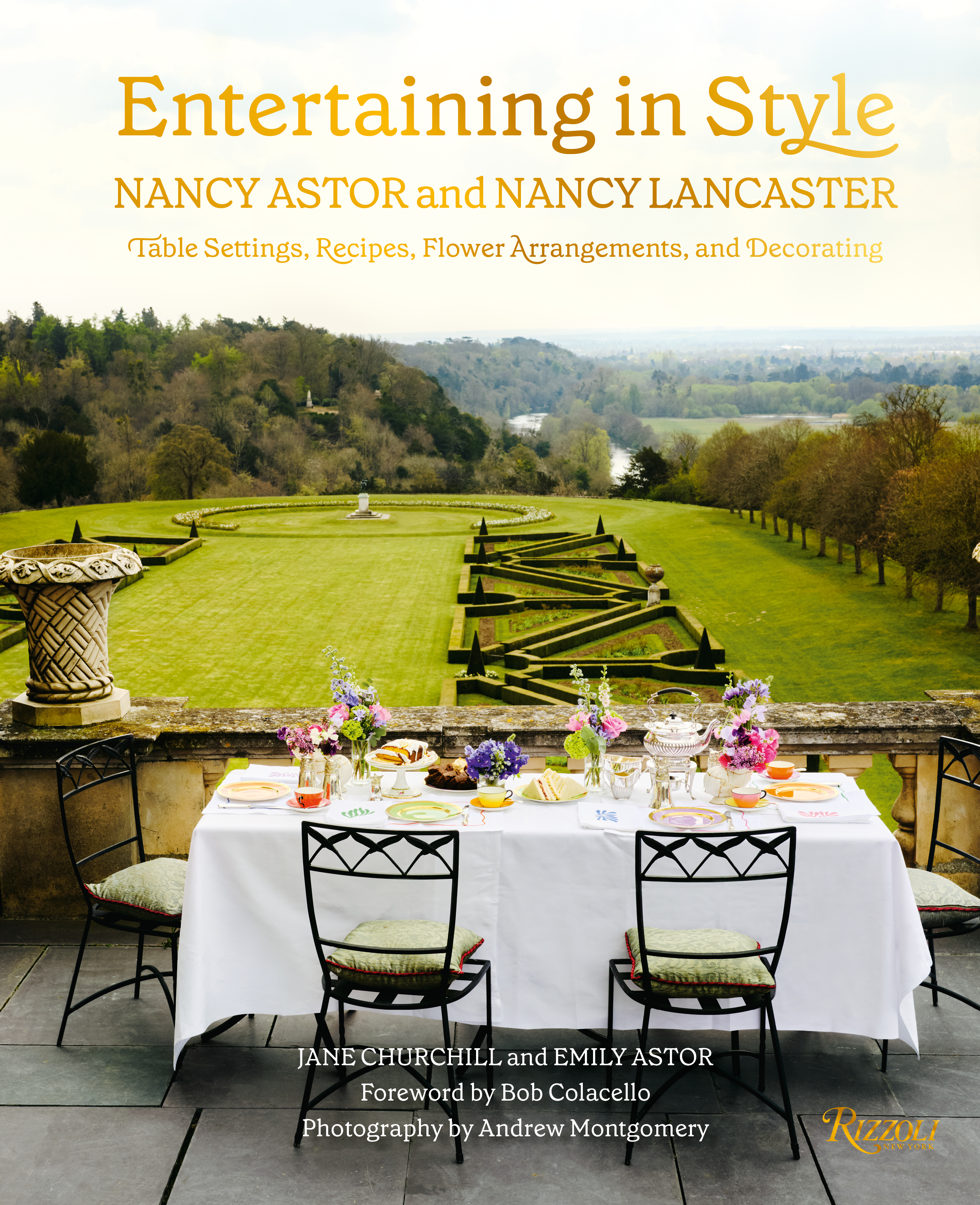 Entertaining in Style: Nancy Astor and Nancy Lancaster: Table Settings, Recipes, Flower Arrangements, and Decorating, by Jane Churchill and Emily Astor (Rizzoli): Students of twentieth-century history will know well that one of America’s greatest pre-war exports was heiresses. These so-called “Dollar Princesses” shored up the finances of Britain’s oldest families, saving countless country houses and their prized contents in the process. Sometimes, however, what the Americans brought over were two less tangible benefits: wit and charm. Two American relatives who left their mark on England, Nancy Astor (née Langhorne) and her niece Nancy Lancaster (née Perkins), both married—as their second husbands—rich men resident in England, Waldorf Astor and Ronald Tree, respectively. The châtelaine of Cliveden, Nancy Astor was no mere hostess, becoming the first woman elected to Parliament. Nancy Lancaster took up interior decoration, working with Sybil Colefax to smarten up fusty English country houses. A new book from Rizzoli compiled by relations of the two Nancys presents a frothy view of life in their various houses, sharing recipes for meals and cocktails—don’t miss the Mirador Cherry Cobbler—all supplemented by new and archival photography and passing over the seedier elements of life at the top (for instance Nancy Astor’s anti-Semitism and attachment to appeasement). —BR

“Swing for me.” On a revival of Company at Bernard B. Jacobs Theater.
Robert Erickson, The Spectator World Edition

“How good was Gauguin?” by Hilton Kramer (October 1988). On artistic life and the myths around it.

“Longing & other emotions” by Jay Nordlinger. On a concert of the New York Philharmonic, with Santtu-Matias Rouvali, conductor, and Golda Schultz, soprano soloist.