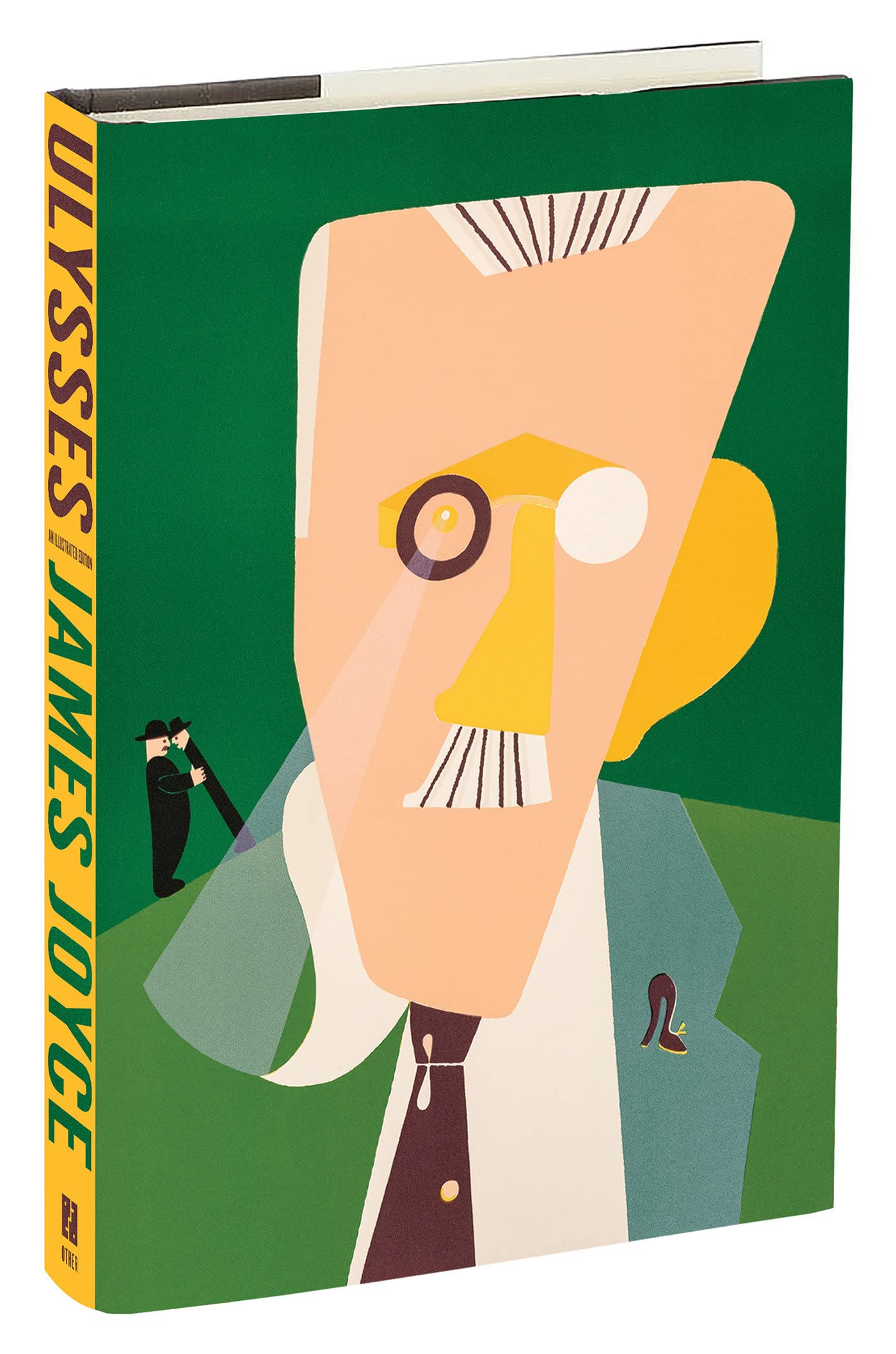 Ulysses, by James Joyce, with illustrations by Eduardo Arroyo (Other Press): In a 1960s BBC television interview with the novelist Elizabeth Jane Howard, Evelyn Waugh ruminated on the modernists who dominated literature when he started writing. In a virtuosic performance in the role of curmudgeon, Waugh mentions “a poor, dotty Irishman called James Joyce—if you’ve heard about him—he was thought to be a great influence in my youth. . . . and he wrote absolute rot, you know. He began writing quite well and you can see him going mad as he wrote, and his last books—only fit to be set for examinations at Cambridge.” At this Howard queried Waugh: “He didn’t always write gibberish, did he?” Waugh’s response? “No, you could watch him going mad sentence by sentence. If you read Ulysses, it’s perfectly sane for a little bit, and then it goes madder and madder.” That madness is, of course, part of the appeal of the book. A new edition, illustrated with three hundred drawings, paintings, and collages by the Spanish artist Eduardo Arroyo (1937–2018), splendidly adorns the gibberish. —BR

“Leon Kossoff: A Life in Painting,” Mitchell-Innes & Nash, New York (through March 5): London modernism doesn’t always get the same credit as its Paris or New York counterparts. That means the richly expressive painters of the London School—not just Francis Bacon and Lucian Freud, but also Frank Auerbach, Michael Andrews, R. B. Kitaj, and others—continue to surprise. This month at New York’s Mitchell-Innes & Nash, “Leon Kossoff: A Life in Painting” provides a deep dive into the thick impasto of the British painter Leon Kossoff (1926–2019). Born in London, and focusing on the lives of its working-class neighborhoods, Kossoff imparted the weight of experience in the thickness of his line and heaviness of his paint. This exhibition of sixteen works ranging from 1963 to 1993 is timed to the release of the 640-page Leon Kossoff: Catalogue Raisonné of the Oil Paintings by Modern Art Press and is curated by its editor, Andrea Rose. A west-coast version of the exhibition also opens this week at California’s L.A. Louver gallery. —JP

Royal Philharmonic Orchestra at Carnegie Hall (January 31): This coming Monday at Carnegie Hall, London’s Royal Philharmonic Orchestra will tour the upper echelons of English music with the conductor Vasily Petrenko at the helm. Britten’s “Four Sea Interludes from Peter Grimes” and Holst’s The Planets will bookend a performance of Elgar’s Cello Concerto featuring the Austrian-Iranian cellist Kian Soltani. Soltani is the principal cellist for the West–Eastern Divan Orchestra and a protégé of that orchestra’s conductor, Daniel Barenboim. Devotees of the concerto will remember that it was the watershed recording by Barenboim’s late wife Jacqueline du Pré that vaulted the neglected piece (and the young cellist with it) to massive popularity in the 1960s. This 1967 performance by the couple with the New Philharmonia Orchestra is required listening before Monday’s concert. —IS 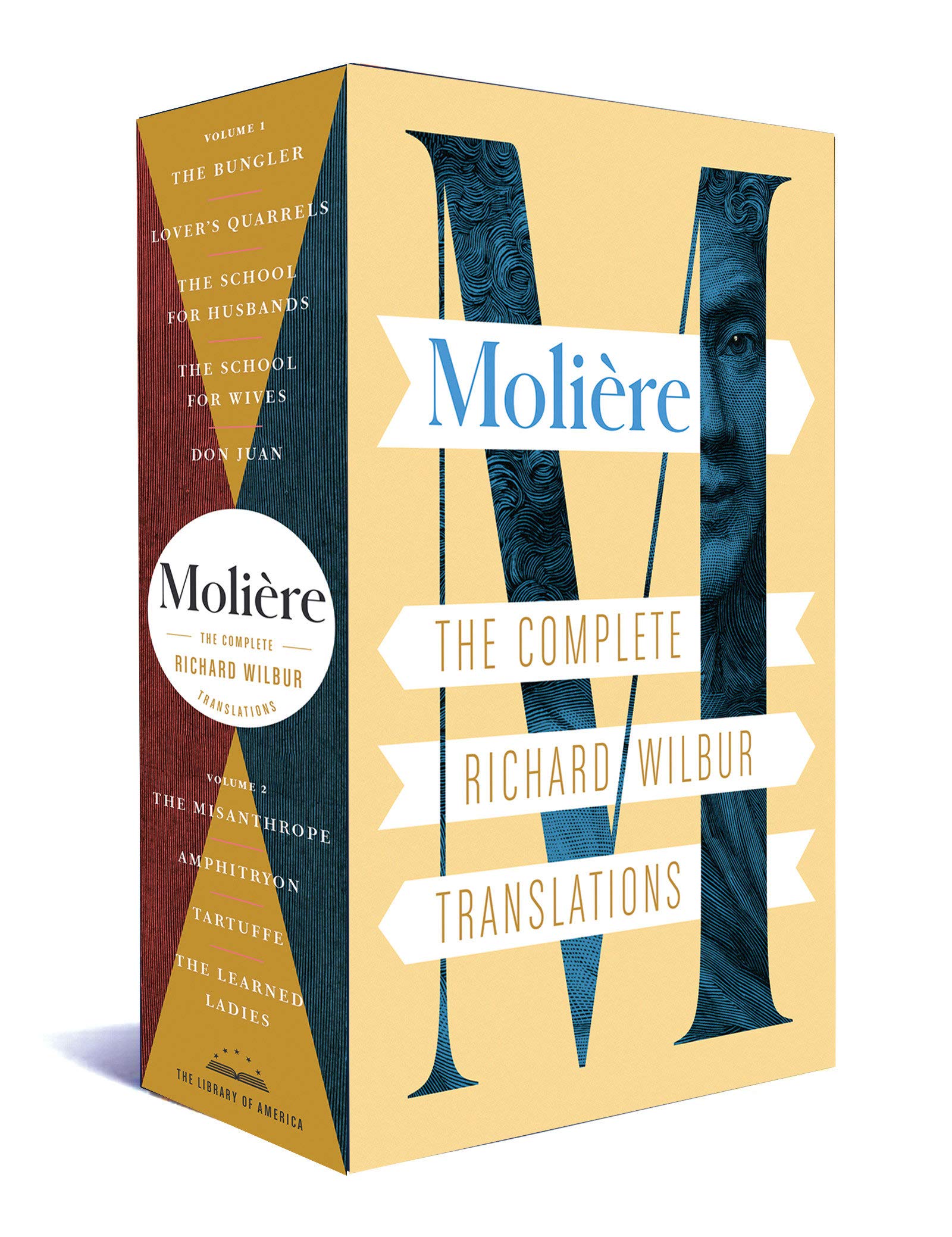 Molière: The Complete Richard Wilbur Translations (Library of America): Molière’s Don Juan ran just fifteen nights at the Théatre du Palais-Royal in 1665 before the royal censors came calling; this sanitizing impulse had been anticipated, perhaps, by the stone avenger who whisks the unrepentant protagonist away at the end of the play. Unlike the rake, however, the new edition collecting Richard Wilbur’s esteemed translations of Molière in two volumes has nothing to apologize for. Look out for an article by David Platzer in honor of Molière’s four-hundredth birthday in a forthcoming issue. —RE

“1177 BC: The Year Civilization Collapsed,” a lecture series by Eric H. Cline at the 92nd Street Y (September 26 through February 3): Just over three thousand years ago, in the late Bronze Age, the flourishing civilizations along the Mediterranean crumbled in a matter of decades. Historians once attributed this sharp decline—which struck the Mycenaeans, Minoans, Hittites, Assyrians, Cypriots, Canaanites, and Egyptians together—solely to the widespread attacks by “Sea Peoples,” the shadowy naval raiders who first invaded Ramses III’s Egypt in 1177 B.C. The field archeologist and classicist Eric H. Cline, however, believes there is more to the story. In a new lecture series at the 92nd Street Y that draws on his newly updated book on the subject, the George Washington University professor will discuss the many interconnected events that triggered the collapse, from earthquakes and droughts to rebellion.  —JC

“Books in Bologna” by Leann Davis Alspaugh. On “Medieval Bologna: Art for a University City” at the Frist Art Museum, Nashville.