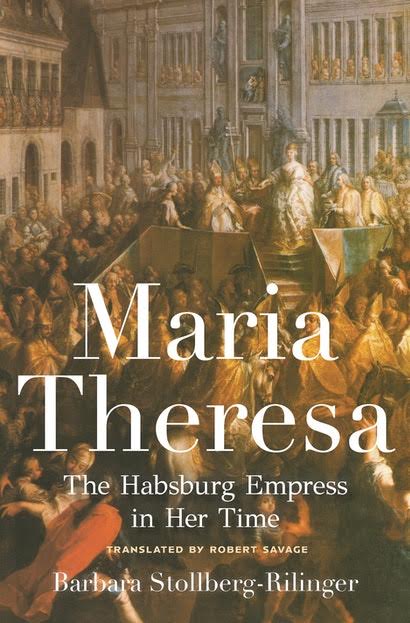 Maria Theresa: The Habsburg Empress in Her Time, by Barbara Stollberg-Rilinger, translated by Robert Savage (Princeton University Press): Winter is the season for doorstop biographies, and Barbara Stollberg-Rilinger’s tome on the Habsburg empress Maria Theresa (1717–80) certainly fits the bill. With over a thousand pages of text, illustrations, and notes, the book will likely keep the reader occupied until all the snow has melted. More than a biography of a remarkable figure, this study presents a sweeping view of the eighteenth century.  —BR 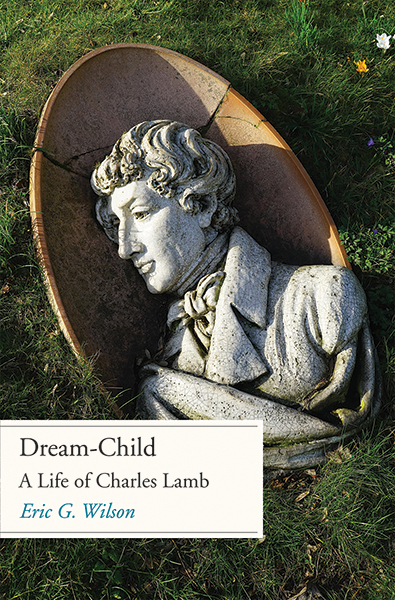 Dream-Child: A Life of Charles Lamb, by Eric G. Wilson (Yale University Press): Published in the January 1821 issue of The London Magazine was Charles Lamb’s famous essay “New Year’s Eve,” in which the author remarked, “No one ever regarded the First of January with indifference.” Now we may remark, as 2022 succeeds 2021, that the publication of the new Dream-Child: A Life of Charles Lamb could hardly be better timed. For in this age of morbid preoccupations, what better company than the man who could rebuke a memento mori thus: “Not so shortly, friend, perhaps, as thou imaginest. In the meantime I am alive. I move about. I am worth twenty of thee. Know thy betters!” —RE

“Philip Pearlstein: I Love Mud,” at Betty Cuningham Gallery (through January 22): “Nude” and “still life” have long been fluid divisions in the work of Philip Pearlstein. Since the 1960s this artist has treated the human body as much as object as subject, scattering his models around his pictorial space—and, in the process, breathing new life into traditional painting. At the same time, Pearlstein’s interest in folk art has slowly spilled over into his studio space and his work. His nude figures have been increasingly crowded in by his collection of Americana, whirligigs, and assorted bric-a-brac. As the pandemic has kept his models home, the ninety-seven-year-old artist has now had to turn to these objects to do double duty in his latest body of work, where they serve as both a still life and a stand-in for life itself. “Philip Pearlstein: I Love Mud” presents his latest series of watercolors, now at Betty Cuningham Gallery. This Wednesday, at 6:30 p.m. ET via Zoom, the artist will join the curator Patterson Sims and model Kika von Klück to discuss the latest work. —JP

Igor Levit, Piano at Carnegie Hall (January 13): “For us musicians, Beethoven’s work is the pillar of cloud and fire which guided the Israelites through the desert—a pillar of cloud to guide us by day, a pillar of fire to guide us by night, so that we may progress both day and night,” wrote Franz Liszt in a letter of 1853, the year he completed his Piano Sonata in B Minor, S. 178. After years of study and performance of Beethoven’s repertoire, Liszt published his lone piano sonata as an essay on the future of pianism and of music as a whole. What resulted was, to take a word from Liszt’s letter, thoroughly progressive—forceful, unrelenting, and of nebulous form. Musicologists still debate whether more than one movement can be discerned among the fray, and listeners still postulate as to its purported program, popular guesses including the legend of Faust or Milton’s Paradise Lost. The pianist Igor Levit seems to have Liszt’s moment and “progress” in mind for a recital this Thursday night at Carnegie Hall, featuring Liszt’s sonata preceded by Beethoven’s Piano Sonata No. 30, a transcription of Wagner’s Prelude from Tristan und Isolde, and the world premiere of Fred Hersch’s “Variations on a Folksong.” —IS

“Shostakovich on Trial: from Lady Macbeth to the Fifth Symphony,” a Gresham College lecture by Professor Marina Frolova-Walker (January 13, 1 p.m. ET): Shostakovich based his 1934 opera Lady Macbeth of Mtsensk on Nikolai Leskov’s nineteenth-century novella of the same name, in which an aristocratic woman murders her husband and father-in-law in order to pursue an affair with a servant. The lovers end up in a Siberian labor camp, a plot device that perhaps took on new meaning under Stalin’s deadly regime. The racy opera enjoyed a run of two hundred performances until 1936, when the dictator decided to attend in Moscow. A few days later, a threatening editorial titled “Muddle instead of music,” rumored to have been written by Stalin himself, appeared in Pravda, the Communist Party’s official newspaper. While Shostakovich managed to avoid arrest, the opera was not performed again in the Soviet Union for nearly thirty years. In the latest in a series of Gresham College lecture-recitals called “Music under Stalin,” the music historian Marina Frolova-Walker, accompanied by the bass singer Ed Hawkins and the pianist Ceri Owen, discusses Shostakovich’s embattled career under Soviet censorship. —JC

“Roger Kimball introduces the January issue.” Roger Kimball, the Editor and Publisher of The New Criterion, discusses highlights of the January 2022 issue and reads from its opening pages.

“The drawing room comedy of Iris Murdoch,” by Brooke Allen (September 1996). On the author’s work & a new novel, Jackson’s Dilemma.

“The jester returns” by Jay Nordlinger. A new Rigoletto at the Metropolitan Opera.