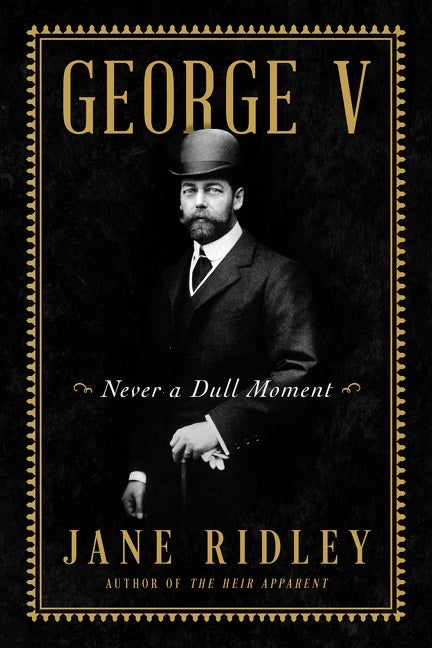 George V: Never a Dull Moment, by Jane Ridley (Harper): When Hugo Vickers published The Quest for Queen Mary, an edited version of James Pope-Hennessy’s notes for his authorized biography of the queen, a few years ago, what came through forcefully was the peculiarity of life in the royal family. Mary’s husband, King George V, was, despite his position, in the shadows. Perhaps that is unsurprising for a man of whom Harold Nicolson said, “He did nothing at all but kill animals and stick in stamps.” (There are, of course, worse ways of life.) Now, a new biography by Jane Ridley attempts to restore George V to the picture. Look for a review of the book from Dominic Green in a forthcoming issue of The New Criterion. —BR

The New York Philharmonic at Carnegie Hall (January 6): Jean Sibelius’s Symphony No. 5 is best known for the resplendent theme of its final movement. Supposedly inspired by an actual swan song, that theme was compared by the great critic Donald Tovey to the swinging of Thor’s hammer—a seeming conflation, though an evocative one, of Finnish music with Norse mythology. Let yourself be swept away by this most romantic of melodies, however, and you’ll risk one of the most original and puzzling symphonic endings passing you by. Here, the swan-song theme is bluntly punctuated by six unornamented, broadly spaced chords played by the orchestra with brute force. It is a startling, unromantic finish to a symphony bursting with expressive energy, and it raises the question as to what spirit Sibelius sought to exorcize with such a flourish. Whether with approbation or scorn, the Finn was perhaps responding to the continental trends in music at the time, as he felt compelled to affix the chords as the new ending to this 1915 symphony in his final 1919 revision. Hear the symphony this Thursday evening at Carnegie Hall, together with Adolphus Hailstork’s “An American Port of Call” and John Adams’s Saxophone Concerto, with the Finnish conductor Susanna Mälkki leading the New York Philharmonic. —IS

The Dante Project, choreographed by Wayne McGregor for the Royal Ballet (streaming until January 19): Balletomanes this side of the Atlantic were stirred by enthusiastic reports of the Royal Ballet’s major new work, The Dante Project, a two-hour ballet inspired by the Divine Comedy and La Vita Nuova and commissioned to celebrate the seven-hundredth anniversary of the poet’s death last fall. Lucky for them, the company has released the performance online, where it can be streamed until January 19. The Royal’s resident choreographer, Wayne McGregor, collaborated with the composer Thomas Adès and the artist Tacita Dean (who designed the set and costumes) to create a three-act work loosely following the Comedy’s tripartite structure—Inferno, Purgatorio, Paradiso—in which a large cast of dancers plays tormented souls, penitents, and celestial beings. This performance, recorded in Covent Garden on October 26, 2021, is all the more poignant as it marks one of the final stage appearances of the longtime principal dancer Edward Watson, who postponed his retirement to star as Dante opposite the Boston-born Sarah Lamb as Beatrice. —JC 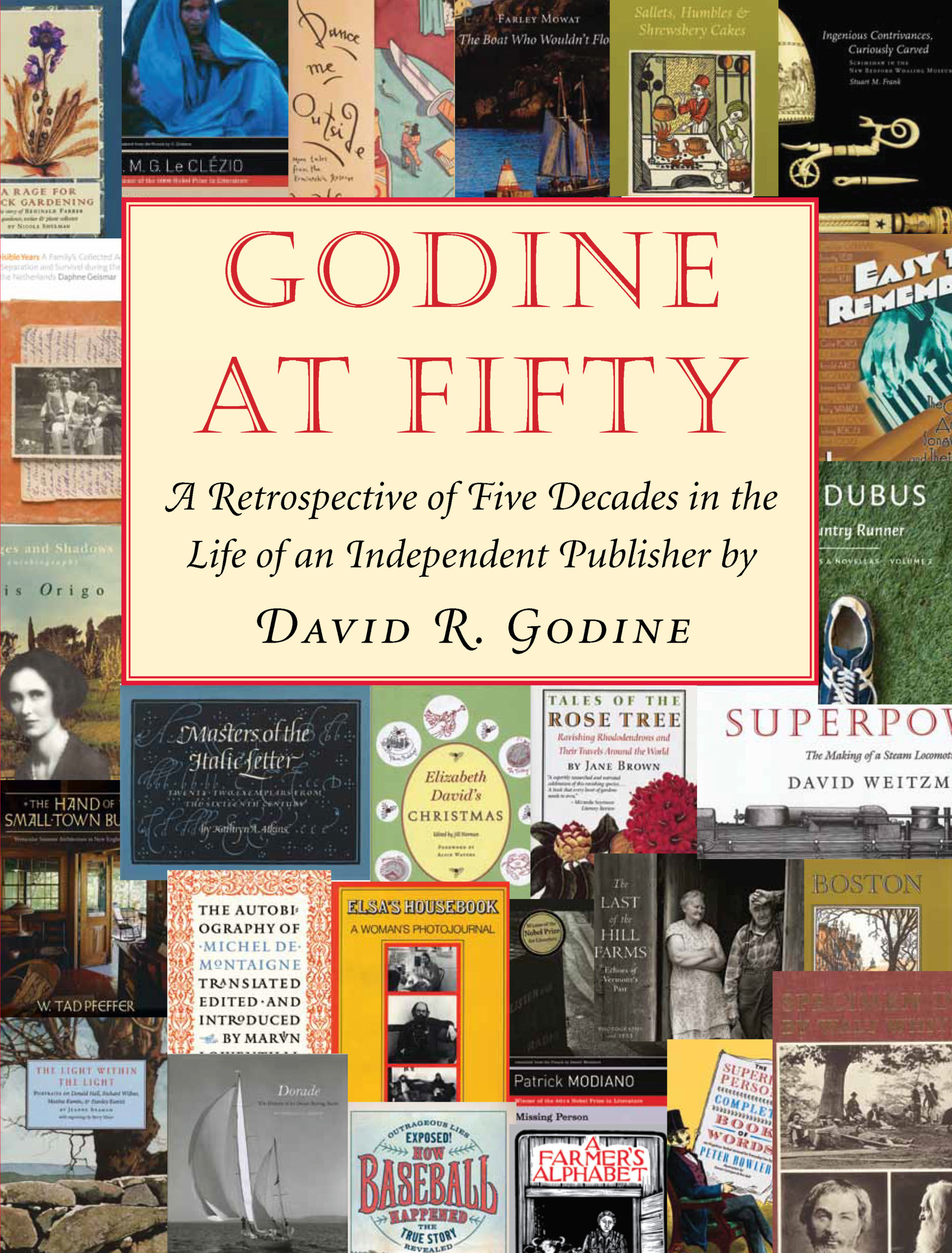 Godine at Fifty: A Retrospective of Five Decades in the Life of an Independent Publisher, by David R. Godine (Godine): “Histories of publishing companies always read like self-serving promotions”: so begins David R. Godine in the half-century history of his own publishing company. When it comes to anything David publishes, however, we are happy to read whatever promotion he provides. Dividing his publishing history into two dozen chapters with such headings as “Early Letterpress & Fine Printing,” “Words, Language & Usage,” and “Outliers & Other Works of Unclassifiable but Undeniable Genius,” Godine presents a catalogue of many of the last half-century’s most desirable books, a good portion of which have been reviewed in our pages. Including a brief story of the press and such easter eggs as “a selective list of typefaces used in Godine books” and a “Guide for the Possibly Perplexed” (since “the House of Godine contains many rooms”), the 292-page publication is a book-buyer’s wish-list and a welcome history in its own right—all very much in keeping with what we have come to expect from this uniquely independent publisher. —JP

“Truth in Duluth.” On Girl from the North Country at Belasco Theatre.
Robert Erickson, The Spectator World Edition

“Faking it,” by Marco Grassi (November 2008). On The Man Who Made Vermeers: Unvarnishing the Legend of Master Forger Han van Meegeren by Jonathan Lopez.

“The jester returns” by Jay Nordlinger. A new Rigoletto at the Metropolitan Opera.