This week: On accidental gods, a new show at The Painting Center, the Brandenburg Concertos & more. 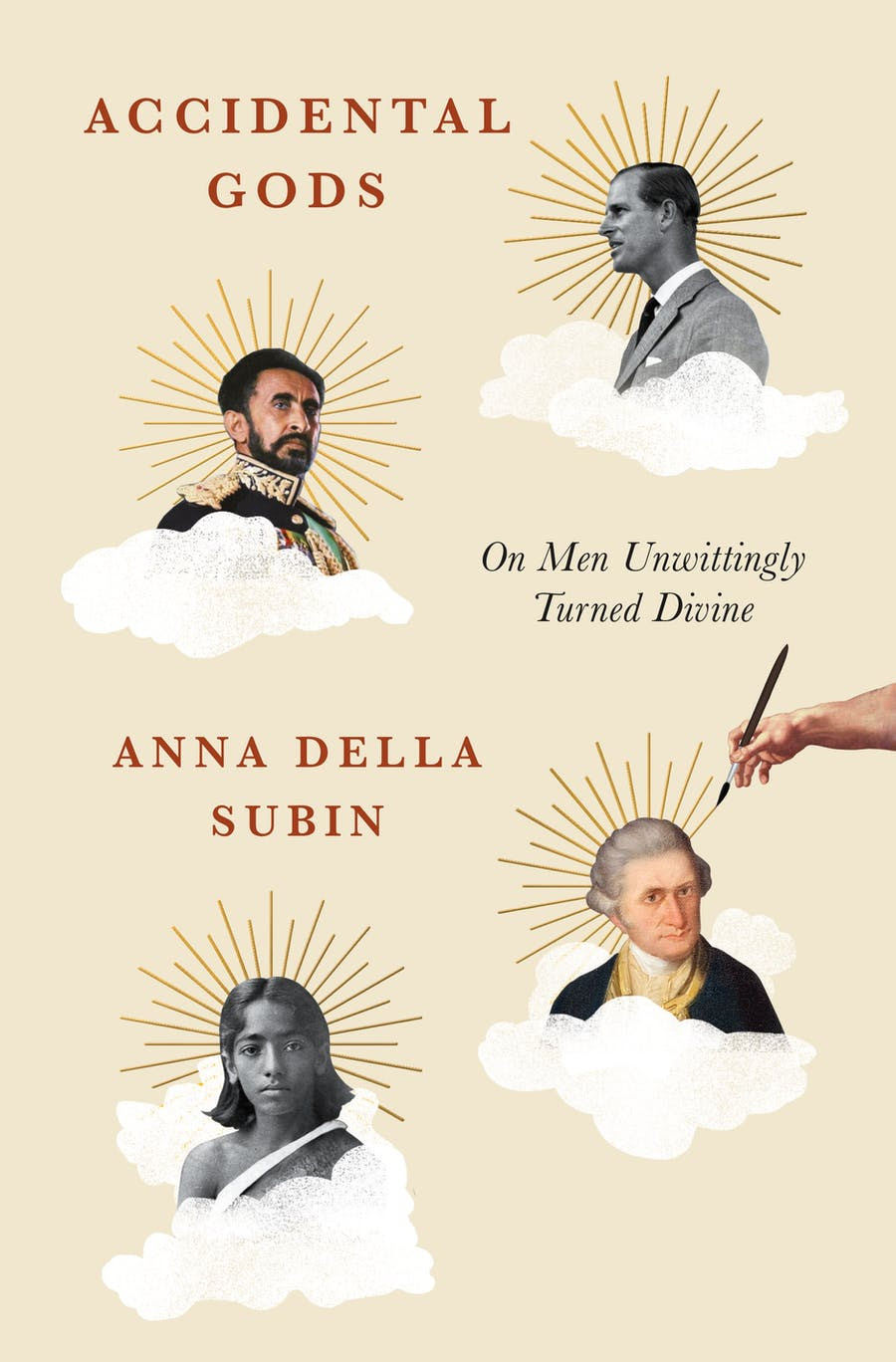 Accidental Gods, by Anna Della Subin (Metropolitan Books): In the introduction to her new book Accidental Gods, Anna Della Subin relates that “the idea that a man might turn divine, even without intending or willing it, was to ancient Greece a natural and perfectly rational occurrence.” We might think that such divine fluidity is a thing of the past, but as Subin shows in this entertaining study, deification still occurs. With figures ranging from Douglas MacArthur, worshipped by the Guna people of Panama, to Ras Tafari Makonnen—better known as His Imperial Majesty Haile Selassie I, Emperor of Ethiopia, King of Kings, Elect of God, and Conquering Lion of the Tribe of Judah—Accidental Gods instructs and delights. —BR

“The Body in Question,” at The Painting Center, New York (through December 22): The treatment of the human body has been one of the more interesting questions in the history of modernism. “The Body in Question,” an exhibition now on view at The Painting Center, gathers ten different answers. Curated by the painter Ophir Agassi and The New Criterion’s own Karen Wilkin, the exhibition observes that while “modernism rejected the naturalism, the idealization, and even the high value placed on the figure itself . . . many artists have once again embraced the time-honored practice of painting the figure, in highly personal, even idiosyncratic ways.” Ranging from the dreamy classicism of William Bailey to the bold shorthand of Enrico Riley, the fanciful idiom of Kyle Staver to the near abstraction of Clintel Steed, “The Body in Question” reveals how the questioning of the human figure is, ultimately, the most interesting answer. —JP

“Bach: Brandenburg Concertos,” by the Orchestra of St. Luke’s at Temple Emanu-El, New York (December 9): The archival history of Bach’s music is a fascinating one. A plausible story exists about one of the only copies of Six Sonatas and Partitas for Solo Violin being rescued from a pile of scrap papers bound for a Saint Petersburg butter shop in 1814; another, less plausible, tells that pages from a Bach manuscript were recruited to insulate fruit trees from a frost. The Brandenburg Concertos had a particularly treacherous journey to their current position at the pinnacle of the Baroque canon. Dedicated to Christian Ludwig, Margrave of Brandenburg-Schwedt, the manuscript languished in the Prussian noble’s archives before being sold off after his death for the equivalent of just over thirty dollars in today’s currency, not resurfacing again until 1849. That same manuscript was nearly lost towards the end of World War II, when a concerned librarian smuggled it out of a crumbling Berlin; when his train came under aerial attack, the quick-thinking archivist leapt from the cabin with manuscript in hand and dashed into the woods for safety, dodging bombs along the way. Some eighty years on, we can thank the work’s many protectors for saving a creation of surpassing beauty and remarkable instrumental diversity, as it summons eleven distinct instruments to take solos over the course of six concertos. On Thursday, December 9, the Orchestra of St. Luke’s will perform Nos. 2, 3, 4, and 5 in a free concert at the Streicker Center of New York’s Temple Emanu-El. —IS

“Michael Praetorius at 400/450,” by Tenet Vocal Artists at St. Paul’s Lutheran Church, New York (December 11): The organist and music theorist Michael Praetorius (1571–1621) was the most famous and prolific German composer of his time, writing over a thousand works, mostly for choir, before his death at age fifty. Born to a family of strict Lutherans and seeing composition as a form of divine service, he based many of his chorales on early Protestant hymns and Lutheran liturgy. He was also influenced by Italian, especially Venetian, music, and wrote polychoral pieces with instrumental accompaniment and solo passages, elements that would be expanded upon in the oratorio, a form developed shortly after his death. In honor of his four-hundred-fiftieth birthday (and four-hundredth deathday), the early music ensemble Tenet will be performing a selection of his works for double choir accompanied by period instruments. This Christmas concert will take place, fittingly, at St. Paul’s Lutheran Church next Saturday, December 11. —JC

“Photography & beyond,” by Jed Perl (December 1987). On the Starn Twins, Henri Cartier-Bresson & others.